The generals, the Buddhists and the Rohingya
Myanmar's Gen Z – "You messed with the wrong generation"

Protests against the 1 February military coup, which ousted Aun San Suu Kyi, continue in Myanmar despite an increasingly brutal crackdown. At the same time there are signs that widespread public resentment against the country's Muslim Rohingya minority may be softening. Dominik Muller reports

"You messed with the wrong generation" is one of the popular slogans chanted by many of the young people who have been demonstrating in Myanmar for weeks. "My ex is bad, but military is worse" or "I don’t want dictatorship, I just want boyfriend" are just a few more of the phrases on signs held up by the young generation. After all, their protest also takes aim at a conservative social order represented by the generals and many Buddhist monks.

An increasing number of city dwellers from poor neighbourhoods and members of ethnic minorities are taking part in the student rallies. Civil servants and office workers have also joined Generation Z and their "civil disobedience movement", many of them even walking out of their jobs to do so. The climax to date was the general strike on 22 February, joined by hundreds of thousands of people despite threats of violence from the military.

Generation Z describes those young people born around the turn of the century who have been influenced their nation’s cautious opening in recent years. Officially, the armed forces only relinquished political power to the civilian population in 2015 after oppressing the country for decades. 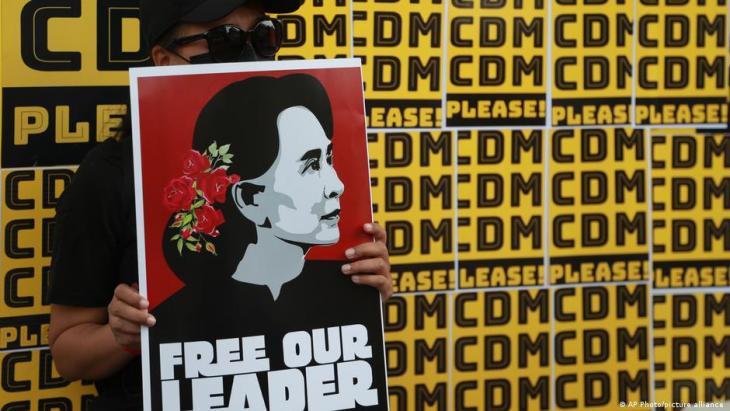 Aung San Suu Kyi, a divisive figure: once an icon of Myanmar's democracy movement, Suu Kyi fell from international grace in 2017, when critics called for her Nobel Peace prize to be revoked, citing her silence over the persecution of Rohingya people in Myanmar. Suu Kyi failed to speak up during the 2012 Rakhine State riots, nor did she intervene during the 2015 Rohingya refugee crisis. Now, despite having won Myanmar's most recent round of elections, she has been ousted by the military and is being held under house arrest

Since then, under the leadership of the Nobel Peace Prize laureate Aung San Suu Kyi, the National League for Democracy (NLD) has attempted to gradually reduce the influence of the military.

The party managed to slightly ease censorship of the media and freedom of speech and there were free elections, but to this day the generals still control large sections of the economy and judiciary. And the constitution still in force is that of 2008, which guarantees the military a quarter of seats in both chambers of parliament and three key ministerial portfolios regardless of election results: defence, home affairs and border controls.

However, elections in November last year ended in a debacle for the pro-military USDP party: the NLP won 80 percent of seats in the parliamentary poll. Ahead of the planned opening of parliament in February, the military launched its coup and detained Aung San Suu Kyi.

The situation facing the Rohingya

The NLD government did nothing to improve the situation of the 1.5 million Muslim Rohingyas in the west of the country. Myanmar regards the Rohingyas as "Bengali refugees"; in many circles even uttering the word Rohingya is deemed offensive.

When the military used brutal means to drive 740,000 Rohingyas into Bangladesh in 2017, led by the current head of the junta Min Aung Hlaing, the Nobel peace laureate remained silent. In an interview with the BBC, she justified the 2013 pogrom-like attacks by Buddhist nationalists on the Muslim minority and denied genocide against the Rohingya.

Attitudes towards Rohingya people in Myanmar have shifted, due in part to the civil war. But this does nothing to alleviate their misery. By Rodion Ebbighausen END_OF_DOCUMENT_TOKEN_TO_BE_REPLACED

Russia's ranking on the World Press Freedom Index has fallen again over the Kremlin's wartime censorship of the Ukraine conflict. From Myanmar to Mexico, journalists continue to ... END_OF_DOCUMENT_TOKEN_TO_BE_REPLACED 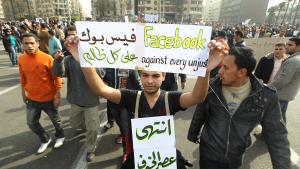 Setting up Ukraine's official Twitter account in 2016, Yarema Dukh knew that social media was the best way for his country to get its message out. And yet the tortuous history of ... END_OF_DOCUMENT_TOKEN_TO_BE_REPLACED

COVID-19 has many negative impacts on children, particularly in terms of education and healthcare. Development projects in the Indian state of Assam show how actors can ... END_OF_DOCUMENT_TOKEN_TO_BE_REPLACED

Authorities in Bangladesh started sending a first group of more than 1,500 Rohingya refugees to the isolated island of Bhasan Char, despite calls by human rights groups for a halt ... END_OF_DOCUMENT_TOKEN_TO_BE_REPLACED

The first hearings at the International Court of Justice reflect the entrenched positions in the Rohingya crisis. Rodion Ebbighausen believes the trial may finally help to soften ... END_OF_DOCUMENT_TOKEN_TO_BE_REPLACED
Author:
Dominik Müller
Date:
Mail:
Send via mail

END_OF_DOCUMENT_TOKEN_TO_BE_REPLACED
Social media
and networks
Subscribe to our
newsletter