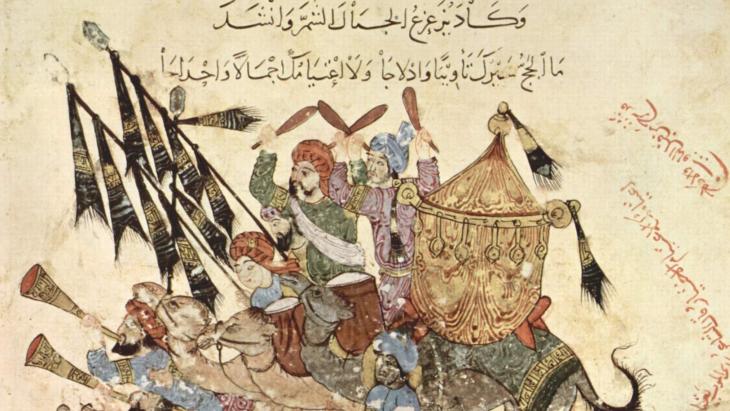 The Moroccan explorer Ibn Battuta is regarded as the Arabian Marco Polo. But now German oriental scholar Ralf Elger claims to have discovered that Ibn Battuta faked most of his travel accounts. The professor's theory dulls the polished image of one of the most revered figures in Arab cultural history. By Lewis Gropp 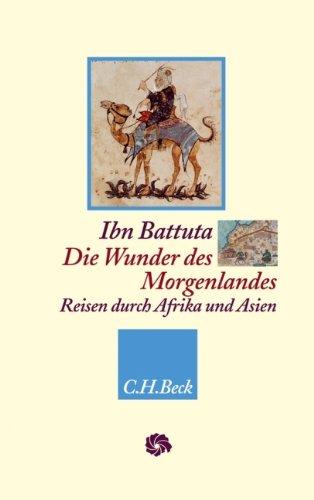 "Inconsistencies in the geographical details": Cover of "Ibn Battuta - Wonders of the Orients"

There are good reasons why the Moroccan Ibn Battuta still commands such huge respect in the Arab world to this day – with the legendary greatness of the Islamic empire captured as it is in his travel journals.

His accounts serve as a confirmation of an Islamic self-image that is still intact – like a mantra Ibn Battuta accentuates the virtuousness of Islamic life and how misguided the unfaithful are. For the Arab world, which has found itself in rather bad order for some time now, the travel accounts of Ibn Battuta have come to symbolise the heyday of Arab civilisation.

With his book "Die Wunder des Morgenlandes" (The Wonders of the Orient), publisher Ralf Elger has not translated what is thought to be the original account by Ibn Battuta, but the abridged version by Muhammad al-Bailuni, a little known 17th-century Syrian scholar.

Travels through the entire Islamic world

Ibn Battuta begins his travels as a pilgrim to Mecca, he was then drawn via Mesopotamia to the Silk Road, he journeys along the coast of East Africa, his route then leads from Mecca via Constantinople to the Sultanate of Delhi, then eventually to China via the Maldives, back to Mecca again and from here via Tangiers to Moorish Spain and via northern sub-Saharan Africa back home. By his own account, during his travels Batutta repeatedly served in the role of qadi, or judge ruling in accordance with Islamic law. Batutta claims to have performed this function in the Maldives – an Indian Ocean archipelago where Islam is the official religion to this day.

In his report he portrays himself as someone who was not squeamish in the face of his duty: "The islands' inhabitants are pious, righteous and peace-loving. They only eat permitted things and their prayers are heard. Their bodies are weak. They have no sense of the war, their weapon is prayer. When I was qadi there, I once issued the order to cut off the hand of a thief. Some of those present at the court then fainted," writes Ibn Battuta dismissively.

An especially striking leitmotif in Ibn Battuta's account is his encounters with respective rulers and the particular goodwill that these people show to the strange traveller. Batutta is honoured with treasures by every sultan and emir he meets: pieces of gold, treasures, horses, slaves and women. Ibn Battuta comments on the generosity of the monarchs in laconic fashion, as though it were perfectly natural and wholly to be expected. 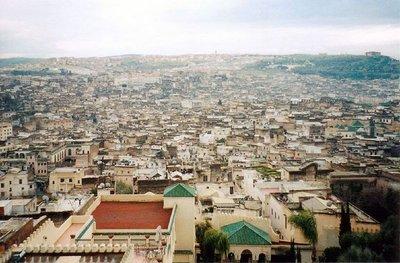 "Change for the worse": The 14th century Arab historian Ibn Khaldun reports that there were several people at the court of Fez who did not believe Ibn Battuta's accounts were authentic. Today, there is no interest in a revision of Ibn Battuta's work in the Arab world

​​His remarks on the gifts presented to him by a West African ruler, however, are particularly derogatory. He derides the Sultan of Mali as an "absolute miser". When a messenger announces that he is to receive a gift from the ruler, Battuta assumes that it must be either clothing, horses or money. He is soon to be disappointed…

"It was nothing more than three flat breads, a piece of roast beef and a hollow pumpkin full of soured milk. I laughed at the stupidity of these people and amused myself at the thought of how highly they valued such small things." The arrogant judgement of an indulged world traveller.

A hint of cultural chauvinism

Ibn Battuta makes no bones about it – for the man from Morocco, there is no pleasure to be gained from sub-Saharan Africa. As he writes: "Then (…) it occurred to me that I should improve my knowledge of these countries. In doing so I realised that there is nothing good about them."

His judgement of the Russians whom he claims to have met is an apodictic statement that they are "Christians with red hair and blue eyes who are ugly and brimming with faithlessness." Of China, Batutta writes: "Although there is much good to be found there, I did not like the Chinese nation, it actually repelled me because it was ruled by unbelievers." Ibn Battuta evaluates strange people and customs casually and flippantly with ill-considered generalisations.

The great Ibn Battuta – a plagiariser?

But just how credible is this report? In his epilogue, Ralf Elger writes that there are numerous indications that Ibn Battuta's travel account is not based on his own observations – for example in the case of descriptions of rulers who verifiably governed before or after Battuta's lifetime; there are also many inconsistencies in the geographical details. 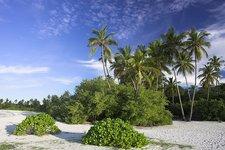 "They have no sense of the war": Batutta claims to have served in the role of Sharia judge in the Maldives. In the Indian Ocean archipelago, Islam is the official religion to this day

Most notable are however the striking resemblances to various writings of his era, primarily to a pilgrimage account written by a certain Ahmad Ibn Jubayr. Pages of this work were either slightly reworked or copied word for word: "Many of Ibn Battuta's accounts do not provide us with his immediate travel impressions at all, but rather confront us with his skill as a plagiariser," says Elger. In this context, Elger also has a plausible explanation for why Ibn Battuta repeatedly mentions the generosity he was shown by all the rulers he encountered.

"If you appreciate Ibn Battuta's account as an implicit demand for a sumptuous gift, then it is very easy to explain many of the passages," says Elger. ​​

"The reader may well have wondered how it could have been possible for an unknown traveller from Morocco to gain access to the world's leaders and be honoured as such by them. The correct answer is probably that these contacts were invented for this very purpose, to proffer himself to the Sultan of Fez." The descriptions of his work as qadi can also be interpreted in this light: If I have served as a judge throughout the entire Islamic world, reads the message to the Sultan of Fez, then all the more at your behest in my homeland Morocco.

No interest in criticism

Although Ibn Battuta is still viewed to this day by many Arabs as a great explorer and traveller of the Arab and Islamic world, doubts were raised as to the authenticity of his reports even during his lifetime. The great Arab historian Ibn Chaldun reports for example that there were several people at the court of Fez who did not believe the accounts were genuine. But there is no interest in a revision of Ibn Battuta's work in the Arab world today – proof says Elger that Ibn Battuta continues to serve many Arabs and Muslims as a symbol of their former cultural greatness.

This faith is of course thrown into question if he is revealed as an impostor – as the oriental scholar Ralf Elger has done with this volume. Among other things, this is why early indications of plagiarism in the text were not only brushed aside by large sections of the Arab public, but also by those carrying out academic study of the texts. "A scandalous occurrence," says Elger "that proves that much has changed for the worse in the Arab world since the 14th century." In this sense, the book Wonders of the Orient makes an important contribution to the process of rectification and clarification, with a message that should be of particular interest to the Arab world.

END_OF_DOCUMENT_TOKEN_TO_BE_REPLACED
Social media
and networks
Subscribe to our
newsletter