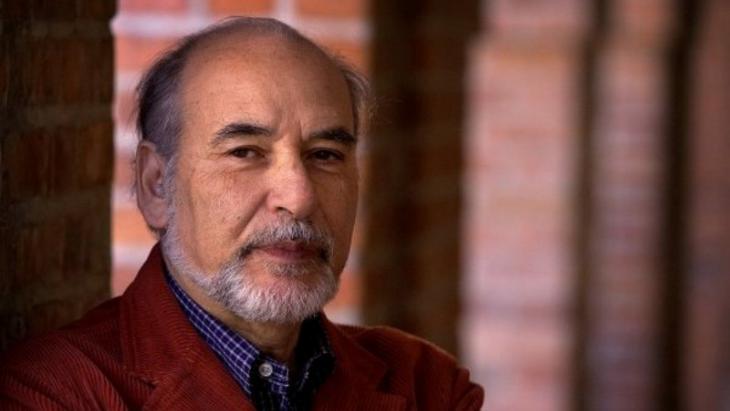 The institution of marriage takes a battering in this sour tale of romance, masterfully presented by Tahar Ben Jelloun. Sherif Dhaimish read the book

Singer Marvin Gaye once said that marriage, like love, is "miserable…except if you find that one soul mate, and that takes a lot of looking." Tahar Ben Jelloun’s latest novel depicts marriage as just that – miserable. In the wake of women’s rights reforms, jealousy, mistrust and hatred decays a partnership between two Moroccan lovers from opposing ends of the social spectrum.

In the year 2000, the husband, an established Moroccan painter, suffers a stroke leaving him cordoned off in his Casablanca studio under the supervision of care. His wife occupies the other side of the home with their children. After twenty years of marriage, both husband and wife delineate how they've reached such a bitter end.

The tale of domestic discord is broached with the husband's testimony. Entwined with intermittent flashes to the near-present, his third-person narrative bounces to various stints of his life spent in Morocco and Paris to reveal the extent of his struggle to overcome his stroke. Tormented by past memories and regret, the artist is convinced that his current malaise is a physical manifestation of the greater sickness that is his dilapidated marriage.

In the beginning the couple were "smitten" lovers who revelled in one another's company despite their conflicting backgrounds. The painter is from a bourgeois family from Fez, whilst his lover is an Amazigh villager from southern Morocco. The wedding ceremony personifies this betrayal of tradition best, when "the meeting of the two families had been a clash of classes, two entirely different worlds that could never be bridged." 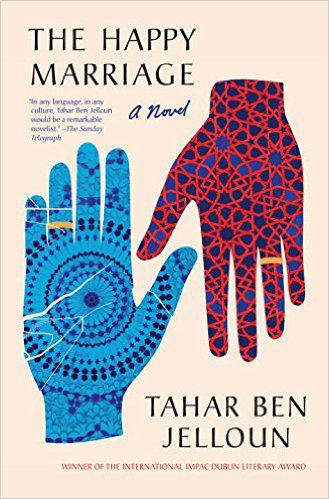 "The couple's account of marital dissolution and loss of self intricately fuses the personal and political, revealing how the shifting sands of Morocco’s socio-economic landscape and gender politics brought upon the spiritual and emotional sickness that infected their marriage," writes Dhaimish

Despite his initial belief that love would prove stronger than pride, their marriage soon becomes a living nightmare; a malady of the body and soul that leaves husband and wife physically and mentally incapacitated.

The painter nostalgically revels in the many lovers that entered his life during his stroke-induced imprisonment. Like his hyperreal paintings, "The Man Who Loved Too Much" – his side of the story – paints a distorted picture of reality; one intended to invoke sympathy towards his withered state and suppression of artistic freedom. However, Ben Jelloun positions the reader as the arbiter to this ambiguous case, a feat masterfully captured by Naffis-Sahely's translation from the French.

The artist's self-indulgent journal is juxtaposed with an abrupt and vicious response from his wife. Her problems appear to derive from his distant approach to family life – a fault he nonchalantly addresses, and something she meticulously tears apart in the latter part of the book. She descends into a state of twisted jealousy, scattering his room with gris-gris seeking divine retribution, and seeping her presence into everything he touches.  Refusing to guise her own coercive actions and ugly transformation, she plucks at her husband's "knack for bringing out the worst in me". She saves her best until last – mapping out her revenge with psychotic precision.

Fusing the personal and political

The characters are as complex and toxic as the marriage itself; the wife is vindictive in both sides of the tale, and he is an obnoxious self-acclaimed Casanova with art at the core of his values. Yet there's no blatant deliberation of who, or what, is responsible for the couple's deterioration. Ironically, while vying for sympathy, both spouses alienate the reader with their fragmented narratives. However, their account of marital dissolution and loss of self intricately fuses the personal and political by revealing how the shifting sands of Morocco’s socio-economic landscape and gender politics brought upon the spiritual and emotional sickness that infected the couple's marriage.

Although "The Happy Marriage" only teeters on being sombre, the issues at hand are successfully entwined with a sour tale of romance. Ben Jelloun masterfully leaves us no room to ponder who is right or wrong, but rather convincingly tells how some marriages are destined for misery.

Research project "The Global Qur'an", brainchild of Professor of Islamic Studies Johanna Pink and sponsored by the European Research Council, analyses the history and ... END_OF_DOCUMENT_TOKEN_TO_BE_REPLACED

As the Western world emerges from a holiday season made less festive by COVID-19, millions of children in Afghanistan are starting 2022 facing the prospect of famine, illness, and ... END_OF_DOCUMENT_TOKEN_TO_BE_REPLACED

A wedding extravaganza of bright colours, flowers, feasting and dancing, yet the bride, Nefie Eminkova, who comes from Bulgaria's Pomak – Muslim – minority, can see none of it. ... END_OF_DOCUMENT_TOKEN_TO_BE_REPLACED

Every year in December, the team at Qantara.de takes a look back at the articles that proved most popular with our readers. This year is no different. Here is a run-down of the ... END_OF_DOCUMENT_TOKEN_TO_BE_REPLACED

Jesus – Issa in Arabic – doesn’t merely enjoy the highest place among the prophets in the Koran. He is also revered in Islam’s mystical tradition for his message of love and mercy ... END_OF_DOCUMENT_TOKEN_TO_BE_REPLACED

The military in Sudan has never waged war against a neighbour, but it has already staged 17 coups. Tens of thousands of people are risking their lives to oust the military by ... END_OF_DOCUMENT_TOKEN_TO_BE_REPLACED
Author:
Sherif Dhaimish
Date:
Mail:
Send via mail

END_OF_DOCUMENT_TOKEN_TO_BE_REPLACED
Social media
and networks
Subscribe to our
newsletter