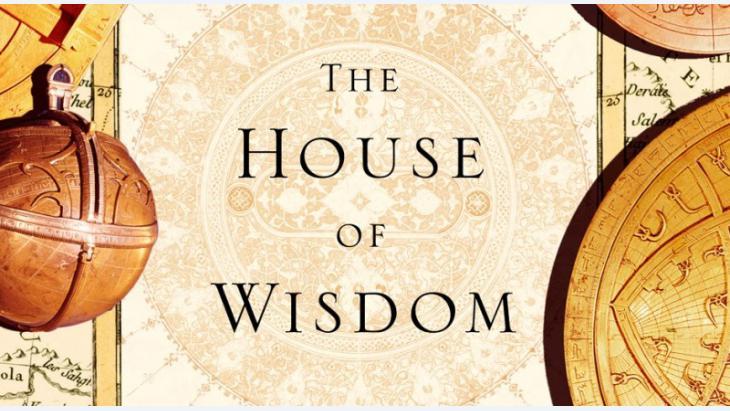 ﻿Arabic-speaking researchers have made major contributions to science. In his book The House of Wisdom, physicist Jim Al-Khalili examines the extent of their influence on the Western World. Anne Allmeling sends us this review

Nowadays, when we talk about Arab countries, the conversation generally centres on issues like oil, terrorism, revolution, democracy, or human rights. "Science" doesn't usually get a look in. It's no wonder, really. For centuries the Arab world seemed to be disconnected from modern science. In the twentieth century, academic research, rationalism, and empiricism played a subordinate role in many Arab countries, with the result that in 2005, the University of Harvard alone released more publications than all the researchers in 17 Arab countries together.

Many Arab states – and not only the oil-rich Gulf states – are now investing much more in science and research again. However, it is likely to take a while for them to become serious competitors to the European countries in this field.

A few centuries ago, the shoe was on the other foot. Back then, researchers from the Arabic-speaking world made contributions to science that remain very important to this day. The Iraqi-born British physicist and science journalist Jim Al-Khalili has written a book about this very subject entitled The House of Wisdom: How Arabic Science Saved Ancient Knowledge and Gave Us the Renaissance. 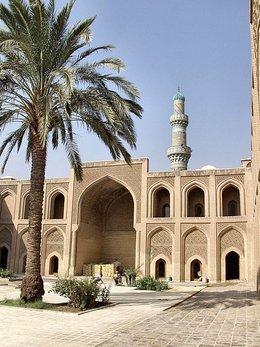 A centre of learning during the Abbasid caliphate: Al-Mustansiriya University, which was founded in Baghdad by Caliph Al-Mustansir in 1227, is one of the oldest universities in the world

​​Al-Khalili's definition of the term "Arabic science" is rather broad. His primary focus is on scientific findings made in the Arabic-speaking world in the Middle Ages. While Arabs and Iranians sometimes debate which of the two brought forth the more important scientists, the matter is irrelevant for Al-Khalili. And quite rightly so too: after all, both population groups were part of a single Islamic Empire at the time. Their lingua franca was Arabic, which is why they noted down all their scientific findings in Arabic, not in Persian.

So when Jim Al-Khalili writes of "Arabic" science, he is referring to scientifc findings that were written down in Arabic, regardless of the nationality of the authors or whether they were Muslim, Christian, Jewish or Zoroastrian.

While Europe was in the Middle Ages – the "Dark Ages" – and was devoting comparatively little time to science and research, the area that is now modern-day Iraq in particular was developing into a scientific hub. Jim Al-Khalili draws our attention to the East, to the period of the ninth and tenth centuries, to a flourishing civilisation that was ruled by the Abbasids and gave the world some incredible geniuses.

Baghdad's famous library became known as the "House of Wisdom" and attracted researchers from all over the empire. They not only devoted large amounts of their time to the works of the Ancient Greeks, they also added to them and extended them using their own scientific discoveries – a fact that is often overlooked today. Jim Al-Khalili ascribes this Golden Age of scientific advancement to a number of factors including the passion of Arabic speakers for translating ancient texts into Arabic. During the Abbasid era, these translations became a driving force for science and gave decisive impetus to the process of scientific research.

In his book, Al-Khalili focuses on a whole range of disciplines that flourished under the Arabic-speaking scientists, in particular philosophy, astronomy, medicine and mathematics. He explains, for example, how the word "algorithm" – the term generally used for carefully defined calculation processes – was derived from the name of the Arab polymath Al-Khwarizmi.

​​Al-Khalili explains what sets this mathematical genius apart from all other mathematicians before him: Al-Khawarizmi focussed not only on individual tasks, but formulated general principles and rules for solving quadratic equations. He came up with the idea of working with decimal figures and introduced the figure zero from the Indian system into the Arabic system of numbers and, therefore, into all modern number systems.

Another example of an Arabic-speaker who made an outstanding contribution to science is Ibn Sina, who some consider to be among the most important thinkers of all time. Ibn Sina, who is also known by his Latinised name, Avicenna, wrote, among other things the Canon of Medicine, which served as a standard work not only in the Islamic world but also in Europe for the next 600 years.

In his very readable book, Al-Khalili makes it easy to see the important contribution made by scientists from the Arabic-speaking world, a contribution that is often not appreciated today, not even in the Arab-speaking world. In doing so, he does not seek to rewrite the history of science or to defend the reputation of Arabic science – especially seeing as numerous publications on the influence of Arabic researchers on the Western world have already been published.

A new perspective on the history of science

Without exaggerating the influence of Arabic scientists, Al-Khalili makes it clear that the achievements of Islamic scholars in a number of different scientific disciplines are either played down or not given the recognition they deserve. He gets readers thinking and offers them a new perspective not only on the Arabic-speaking world in the Middle Ages, but also on the history of science in general.

​​That being said, Al-Khalili, who works as a professor of physics in England, cannot explain why the significance of Arabic science diminished in the Renaissance and why the centre of research shifted to Europe. The Mongol attack in the thirteenth century, which ended with the complete destruction of Baghdad and the fall of the Abbasid caliphate, will have played a significant role, as did a religious retraditionalisation, which prevented further scientific advances in the twelfth and thirteenth centuries.

Overall, however, it must be said that Jim Al-Khalili has made an exciting contribution to the discussion about the extent of the influence of Arabic-speaking countries on the development of science and research, and one that is easily accessible for non-scientists.

"The House of Wisdom: How Arabic Science Saved Ancient Knowledge and Gave Us the Renaissance", by Jim Al-Khalili, Penguin Press, 2011.

Home
Print
Newsletter
More on this topic
Ibn Rushd and Maimonides in ''Out of Córdoba'': The Muslim-Jewish Heritage of Islamic SpainIslamic Studies in Germany: Fostering Intellectual Islam
Related Topics
All Topics
Date:
Mail:
Send via mail

END_OF_DOCUMENT_TOKEN_TO_BE_REPLACED
Social media
and networks
Subscribe to our
newsletter