The Image of Women in Islam
Ibn al-Jawzi's Mysoginist Writings

The religious scholar Ibn al-Jawzi's collection of the prophet's recalled comments on women in Islam, well known in conservative Islamic circles. Does the work confirm our image of Muslim misogyny or can we derive a different understanding of women from these sources? By Stefan Weidner

​​Commented collections of hadiths – oral traditions on the prophet's words – on the subject of women have been going around since the Middle Ages. The Book of Rules for Women, written by the Baghdad religious scholar Ibn al-Jawzi, who died in 1200, is one of the most read works of this type to this day. Hannelies Koloska, a young Arabist based in Berlin, recently translated the book into German.

The most interesting question is: Does the medieval scholar confirm our image of Muslim misogyny, or can we derive a different understanding of women from these sources?

Even a brief survey of the headings to the 110 short chapters is enough to raise scepticism. Chapter 60, for instance, bears the astonishing title: "On placing women in fear of sin and instructing them that they make up most inmates of hell". In it we find: "It is delivered from Jabir: 'God's envoy spoke to the women: "Give alms, as most of you are the firewood of hell." A woman with dark-dyed hands from among the women stood up and asked him: "Why, envoy of God?" He answered: "Because you multiply evil or are always cursing and ungrateful to your husbands."'"

No one would think badly of a reader if he – or especially she – slammed the book shut at this point and declared the image of women in Islam a hopeless case. They would merely be doing exactly what feminist Muslim researchers do with al-Jawzi – condemning him as an archetype of a patriarchal and misogynist thinker. 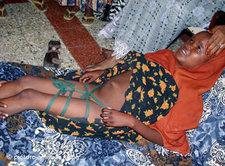 "Do not cut much!" Al-Jawzi called for female circumcision - but even the representatives of his own conservative school of religious law rejected this cruel and life-threatening practice

​​But precisely because the Book of Rules for Women is such a prime example, it is extremely popular in conservative Islamic circles to this day and is readily available in several new Arabic editions. Publishing al-Jawzi in translation is important not as a counter-image, but as a pivotal point for the difficult image of women in Islam. The editor and translator's meticulous commentary enables readers to get a firm hold on the problematic argumentations.

It goes without saying that there are plenty of comparable misogynist Christian and Jewish texts from the Middle Ages. The difference to Islam, however, is that very few Christians and Jews still refer to these texts today. In her commentaries, Hannelies Koloska therefore suggests readings that make it more difficult for conservative Muslims to argue on the basis of al-Jawzi.

One such example is a passage described as scandalous by a number of critics, in which al-Jawzi calls for female circumcision: "In Medina there was a woman who performed circumcisions. The Prophet, may God bless him and grant him salvation, spoke to her: 'Do not cut much! That is to the advantage of women and is attractive for men.' 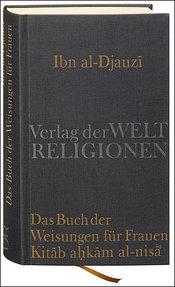 "An archetype of a patriarchal and misogynist thinker": Ibn al-Jawzi's German edition of his Kitab Ahkam an-nisa

​​"By 'Do not cut much,' the envoy of God meant that she should cut only so much from the women's genitals that it helped them to a certain degree of moderation, for when desire disappears entirely, enjoyment dries up as well. This, however, leads to a reduction of love between man and wife, which is well known as a manacle which prevents fornication."

A closer look at the prophet's hadiths cited by al-Jawzi, however, proves that most legal scholars do not regard them as authoritative. Even the representatives of al-Jawzi's own school of religious law, the conservative Hanbali, reject female circumcision.

This is precisely the point which criticism of circumcision practices must pick up on. Hannelies Koloska writes: "Al-Jawzi's interpretive sovereignty is not doubted in traditionalist circles, as the cultural recollections laid down in the text lend the work and its author an aura of sacrosanctity.

"Feminist researchers are wasting a major opportunity (…) to draw attention to the human conception of channelled recollection in the Rules for Women. [Al-Jawzi's text] also cultivates a subversive force, which opposes that of authoritative recollection and memory work and has yet to be fully discovered."

Critical inspection of the sources

In simple terms: We should not abandon the sources of reactionary Islam to the Islamists. The German edition of the Book of Rules for Women could be a building block towards achieving this ambitious programme.

It is not the fault of the publisher or the editor that it is far from pleasurable reading – precisely for this reason – and is more likely to anger than inspire unprepared readers.

The question remains, however, of whether the desired deconstruction of the traditional Muslim image of women might not have been achieved more convincingly and with less effort for the reader in the form of a punchy essay. And lastly, of whether it would not have made more sense to present Islamic texts of the sort that have something to offer to modern-day readers, rather than those that initially prompt rejection – and justifiably so.

Stefan Weidner is a translator and editor who lives in Cologne. His most recent book "Manual for the Clash of Civilizations. Why Islam Is a Challenge" has recently been published in German.

An Anti-Biography of the Founder of Islam
The Mohamed Myth
The Dutch Arabist Hans Jansen has ventured to write a biography of the prophet Mohammed. His initially plausible criticism of the religious sources quickly turns into a sweeping condemnation, however, according to Islam expert Stefan Weidner

Interview with the Muslim Reform Thinker Amina Wadud
"The Koran Cannot Be Usurped"
Islam, gender equality and human rights are compatible – this is a basic conviction of Amina Wadud, author of several books about Islam and women. Martina Sabra interviewed the Islamic feminist at a recent conference about "Women power in Islam" in Germany

END_OF_DOCUMENT_TOKEN_TO_BE_REPLACED
Social media
and networks
Subscribe to our
newsletter