Skip to main content
The Intellectual Legacy of Islam

Contemporary methods of interpreting the Koran are increasingly subject to critical discussion. Erhard Brunn was at a scholarly symposium in Germany, where participants doggedly argued over authoritative interpretations of the Koran 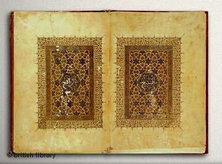 A matter of faith or science? Koran scholars have engaged in a battle of discourse

​​The international symposium was remarkably well attended, particularly by numerous young and creative researchers in the field of Koran exegesis. This scholarly debate was organized by the Islamic Studies Faculty of the University of Frankfurt and the German Society for the Advancement of Islamic Studies (GEFIS).

Already at the very start, Professor Nasr Hamid Abu Zaid, a Muslim scholar at the University of Leiden, expressed criticism that Muslims long ago lost the awareness that the message – and not the text – is what is decisive.

The message allows one to enter into communication with God, whereas most Muslims no longer desire to engage in such an existential discussion, but instead prefer to concentrate on the text.

The historization of the Koran 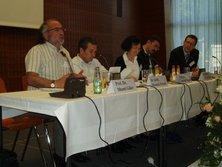 ​​Even Ömer Özsoy, the renowned representative of the so-called "Ankara School" and current Endowment Professor at the Frankfurt Goethe University, points out that Mohammed probably didn't see it as his main task to set down the Koran in writing. "This poses the question of whether God actually wanted to set anything down in writing or not in order to maintain flexible communication."

Today, the issue of when the various collections of texts were systematized into a holy book, the Koran, is hotly disputed among Muslim researchers and Western Islamic scholars. Some Western researchers date the book considerably later than is currently accepted by the typical Muslim perspective.

A hermeneutic approach to the Koran early on 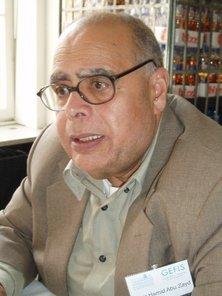 Nasr Hamid Abu Zaid, from the University of Leiden, is one of the most significant scholars in the field of Koran hermeneutics

​​Many discussion participants advocated the view that textual criticism, whether historical or linguistic, is very common among Muslim theologians. It was repeatedly stressed that Muslims approached the Koran hermeneutically at a very early stage.

Current controversies, such as the Syrio-Aramaic reading of the Koran, were also addressed at the three-day symposium. Daniel Birnstiel from Cambridge University attempted to prove that the translations of the controversial Koran researcher Christoph Luxenberg are arbitrary and based on insufficient knowledge of when Syrian-Aramaic concepts entered into use in Arabic-speaking regions.

Criticism of the "Ankara School"

Felix Körner, a Jesuit and theology professor, particularly surprised the gathering with his critical assessment of the so-called "Ankara School," one of the leading currents of reform theology from Turkey, especially as he has done much to raise awareness of the school in Germany and is closely linked to Professor Ömer Özsoy.

Körner's criticism was unequivocal. He sees the historization of the Koran by Özsoy as no longer an individual exegesis of a scriptural religion, but as a "historically glossed consensus ethos." Furthermore, all reform approaches to interpretation take away from the reform potential of the Koran. Such an assessment was certainly the least expected and most confusing in the surprise-filled conference. Despite everything, the conference showed that academia in Germany is making a strong effort to conduct an objective debate on Koran interpretation.

Portrait of the Turkish Koran Expert Ömer Özsoy
A Modern Interpretation of Islam Instead of Missionary Work
In 2006, the Koran expert Ömer Özsoy from Kayseri in Turkey became the first Muslim theology professor at a German university. Arian Fariborz met with the renowned scholar and his students at the University of Frankfurt

END_OF_DOCUMENT_TOKEN_TO_BE_REPLACED
Social media
and networks
Subscribe to our
newsletter