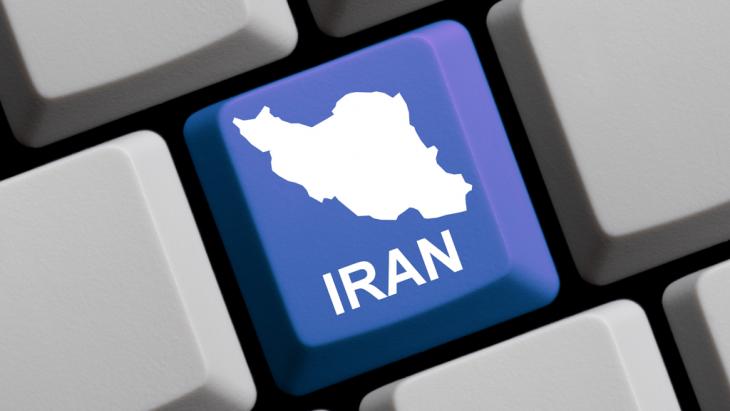 The Internet in Iran

Touchpad of the Revolution

Media scholar Marcus Michaelsen's study about the role played by the Internet in the Iranian reform movement shows that blogging for regime change is a serious business. The resulting book is no Facebook thriller, but the story of blanket media suppression at national level. By Sarah Schaschek

The claim that Egyptians would never have ousted President Mubarak without the help of Facebook is a legend that simply refuses to die. Another one is that life for the Turkish prime minister, Recep Tayyip Erdogan, would be peaceful were it not for Twitter. As soon as there is any mention of protests in the Islamic world, online media are held up as a kind of panacea against authoritarian rulers. People begin to imagine that the demonstrators are a kind of network armada: one hand on the gas mark, the other on the touchpad – as if 140 characters made a revolution.

This is why it is both refreshing and sobering when someone like German media scholar Marcus Michaelsen takes a closer look at the whole media hype in this context. Michaelsen wrote his doctorate at the University of Erfurt, Germany, on the role of the Internet in Iran, the country that is often said to be a vanguard in matters revolutionary.

Historical "prologue to the Arab Spring" 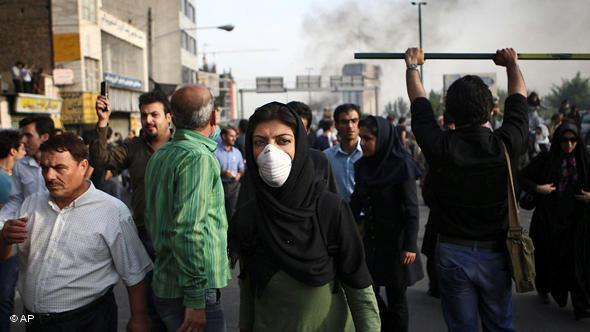 Faded dynamism: many of the former activists in the "Green Movement" have left the country or have been imprisoned. Mir Hossein Mousavi and Mehdi Karroubi, who used to carry the hopes of the movement, have been under house arrest for over two years now

Iran anticipated the start of the Arab Spring, but not just with the protests of the "Green Movement" in the summer of 2009 when people took to the streets after the country's manipulated presidential election. Iran's protest culture goes back much further than that. Its roots are in the 1979 revolution, when the people rose up against the monarchy and the authoritarian modernisation state, as is happening now in Turkey. Michaelsen is convinced that it is not possible to understand the current unrest in the Arab world without this historical "prologue to the Arab Spring".

In his recently published book with the optimistic title Wir sind die Medien. Internet und politischer Wandel in Iran (We are the Media: Internet and political change in Iran), Michaelsen shows the real extent of online media's influence on political change in Islamic countries and pinpoints the liberal illusions we can happily discard.

To be perfectly frank, this is no Facebook thriller. Michaelsen has lived and conducted research in Iran; his in-depth research and many interviews with representatives of the Iranian opposition are both thorough and illuminating. He has been monitoring developments in Iran's media for years and knows the country's politics and history. In fact, he knows them so well that he often has difficulty deciding what is important to his argument and what isn't.

For example, he crams a lot of information into his book. There are 100 pages of political theory (which the reader can safely skip because Michaelsen uses them to lecture about transformation research without actually putting it into context) and a 100-page overview of Iranian society and its traditional media landscape, namely press, radio, and television.

It is only on page 297 that the word "Facebook" appears for the first time. This is where things start to get interesting because he is writing here about specific Internet websites and women reformers; about the women's movement and the "Green Movement", which is the ultimate focus of Michaelsen's book. 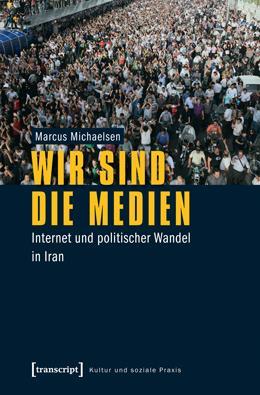 "Anyone interested in the political potential of digital media, anyone who wants to go beyond the romantic notion of a touchpad democracy and understand the difficulties inherent in reform in authoritarian states, will appreciate this well-founded investigation," writes Sarah Schaschek of Marcus Michaelsen's book

Despite the fact that it is not an easy read, this analysis is important. Anyone interested in the political potential of digital media, anyone who wants to go beyond the romantic notion of a touchpad democracy and understand the difficulties inherent in reform in authoritarian states, will appreciate this well-founded investigation. Michaelsen considers the reforms in the light of – or perhaps it would be more appropriate to speak of the darkness of – an apparatus that ensures total surveillance.

"Is Iran proof of the limited political clout of the Internet?" This key question posed by Michaelsen relates not just to the waned "Green movement"; it can also be applied to the ongoing political conflicts in the countries of the Arab Spring.

And the question is justified too. After all, the Iranian regime gained control of the protest movement within a few months in 2009 and then proceeded to smash it. Members of the opposition were imprisoned or fled abroad. The movement did not bring about the overthrow of President Ahmadinejad.

Although communications networks on the Internet "can facilitate the formation of spontaneous resistance to authoritarian politics," writes Michaelsen, "their effectiveness in terms of the process of actually renegotiating the balance of power is rather limited."

For Michaelsen, this alone is not the result of the opposition's inability to agree on a programme online, but above all of the repression that surrounds them.

Absurd game of cat and mouse

Iran's surveillance of its citizens' Internet activities is second to none. State filters slow down the Internet or paralyse critical online portals altogether. This is why many websites are run from outside the country, which means, in turn, that they reach fewer people. 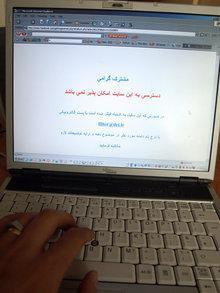 A thorn in the side of Iran's guardians of virtue: about five million websites, including Facebook, are considered 'immoral' by the authorities in Tehran and have been blocked

With bloggers – many of whom are journalists and intellectuals – trying to circumvent the filters, the result is an absurd game of cat and mouse on the Internet. Nevertheless, members of the opposition continue to operate on the Internet because as comprehensive as the Internet crackdown is, control of the "mainstream media" – i.e. television and radio stations and the press – is even more all-consuming. The only way that Michaelsen can explain the Internet movement is the censorship of traditional opinion media.

Although the pro-reformers are not free on the Internet, they have succeeded in establishing a political culture that is quite unique. When Michaelsen describes an Internet debate about a local election, when he quotes blog entries about leading candidates, the seriousness of politics in Iran becomes crystal clear.

The semi-legal news websites he describes show how essential online communication in Iran is and how important these sites are for sharing information and exchanging opinions.

It is a painstaking process that involves repeatedly running the gauntlet, avoiding institutions, led by opposition politicians, some of whom were themselves involved in building up these state controls. Several things become clear, including one thing in particular: all of this has absolutely nothing to do with the image of the female student triggering a revolution via Twitter.

Marcus Michaelsen's Wir sind die Medien – Internet und politischer Wandel in Iran (We are the Media: Internet and political change in Iran) is published by Transcript-Verlag (Bielefeld, 2013) and is 352 pages long.

Home
Print
Newsletter
More on this topic
Iranian Journalists under Pressure: Arrest or ExileState Surveillance in Iran: ''There's No Such Thing as Your Own Four Walls''Iran's New President Rouhani: Hopes for Reorientation
Related Topics
Democracy and civil society, Iran's Green movement, New media in the Muslim world, Media in Iran
All Topics

Looking outwards with the knowledge from within: a conversation with the Iraqi writer Sinan Antoon on the future of his homeland. Interview by Lena Bopp END_OF_DOCUMENT_TOKEN_TO_BE_REPLACED

The Iranian people are being held hostage by the confrontation between America and the regime in Tehran. Stefan Buchen considers in his essay whether the country's culture can ... END_OF_DOCUMENT_TOKEN_TO_BE_REPLACED

With "The Enlightenment of the Greengage Tree", Shokoofeh Azar has created a beautiful, sad fable set in a horrible reality. While there are moments of hope to be found in the ... END_OF_DOCUMENT_TOKEN_TO_BE_REPLACED

From the Kingdom of Elam to Alexander the Great, to the Shah dynasties and the Islamic Republic, Iran's cultural sites reflect its long history. ... END_OF_DOCUMENT_TOKEN_TO_BE_REPLACED

The assassination of the Iranian general Qassem Soleimani in a surprise U.S. drone strike is being used by the Islamic Republic of Iran to political ends, says Iranian journalist ... END_OF_DOCUMENT_TOKEN_TO_BE_REPLACED
Author:
Sarah Schaschek
Date:
Mail:
Send via mail