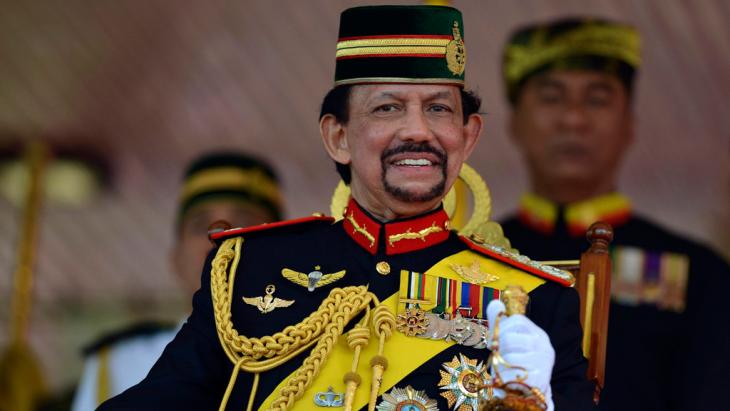 The introduction of Sharia in Brunei
The sultan's new laws

The tiny sultanate of Brunei is the first country in South-East Asia to officially impose Islamic Sharia law at national level. Roxana Isabel Duerr considers what this means for Brunei and the development of Islam in the region

Hassanal Bolkiah supposedly owns the largest collection of sports and luxury cars in the world and lives in a palace with 1,800 rooms. He is one of the world's richest men and known not just for his excessive lifestyle. As the sultan of Brunei, he has ruled over his 420,000 subjects since 1967. The 67-year-old monarch is head of state, head of government, defence minister and finance minister all rolled into one.

In addition to all that, he is the supreme guardian of the state religion, Islam. The sultan has referred to the recent introduction of Sharia law in his country a "great success". On 1 May 2014, Brunei became the first country in South-East Asia to introduce the Islamic legal system at national level.

Since then, the first phase of Brunei's criminal law reform has been in effect. From now on, violations such as not fasting during Ramadan and missing Friday prayers can be punished with fines or prison sentences. The second phase will begin in 12 months. When it does, whipping or amputation can be used to punish Muslims who commit theft or drink alcohol. In the final phase, capital punishment, including stoning, will be introduced for adultery, sodomy and insulting the prophet Muhammad.

It is not yet clear how Sharia will be implemented alongside the civil and criminal law inherited from the period of British colonial rule. Joshua Roose, political and social scientist at the Australian Catholic University in Melbourne, cautions against knee-jerk reactions: "One has to remember that there is leeway in how strictly you interpret the Sharia." According to Roose, it remains to be seen how strictly these laws will actually be applied.

Meanwhile, legal experts and human rights organisations have expressed alarm. The introduction of Sharia is "a huge setback" for human rights in Brunei, says Phil Robertson, deputy director of Human Rights Watch's Asia division. "It's an authoritarian move towards brutal, medieval punishments that have no place in the modern world of the 21st century." 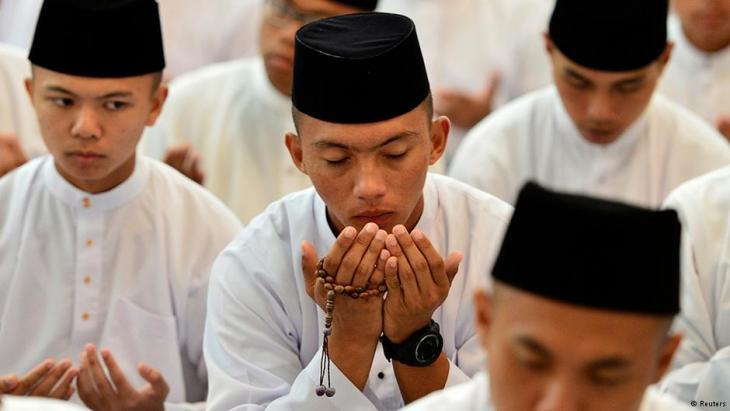 Introduction of Sharia in Brunei is being staggered: in phase 1, general violations can be punished by imposing fines or prison sentences; in phase 2, theft or alcohol consumption can be punished by whipping or amputation; in phase 3: capital punishment and stoning are possible for crimes such as adultery or sodomy. Pictured here: Muslims praying in Bandar Seri Begawan

"According to international law, stoning a human being is torture," says Rupert Colville of the United Nations Commission on Human Rights, who goes on to say that experience has shown that it is mostly women who are affected by draconian Sharia punishments such as stoning.

Emerlynne Gil of the International Commission of Jurists in Bangkok appealed to the Association of Southeast Asian Nations (ASEAN) and reminded it of its responsibility. "ASEAN wants to prove to the world that it is a righteous organisation capable of developing its own human rights norms," says Gil. "This effort is undermined by the new laws in Brunei."

By 2015, the countries of ASEAN want to establish an economic union, which is supposed to grant their citizens free movement between member states. "ASEAN members should be aware of the fact that from now on, their citizens will be subject to these restrictive laws when they stay in the sultanate," said Gil.

Somewhere between compliance and self-censorship

It is still unclear, however, to what extent Sharia law will be applied to the non-Muslims in Brunei. About two-thirds of the country's citizens are Muslim Malays, the remainder are mostly ethnic Chinese, Filipinos, western expats and indigenous peoples of many different faiths.

Social scientist and Islam expert Joshua Roose thinks it likely that the Muslim majority even approves of the new law to a certain degree, adding that Brunei citizens never really voice dissatisfaction publicly anyway. "Brunei has been a benevolent dictatorship for decades. It has been sheltered from the social unrest in the other South-East Asian countries by its relative wealth," he says.

The population has always profited from the country's oil earnings, pays almost no taxes and enjoys extensive social benefits such as free education and healthcare. The sultanate has basically purchased the compliance of its subjects, says Emerlynne Gil. She worries about the growing self-censorship: "For fear of retribution, people hold back their criticism of the new Sharia law." 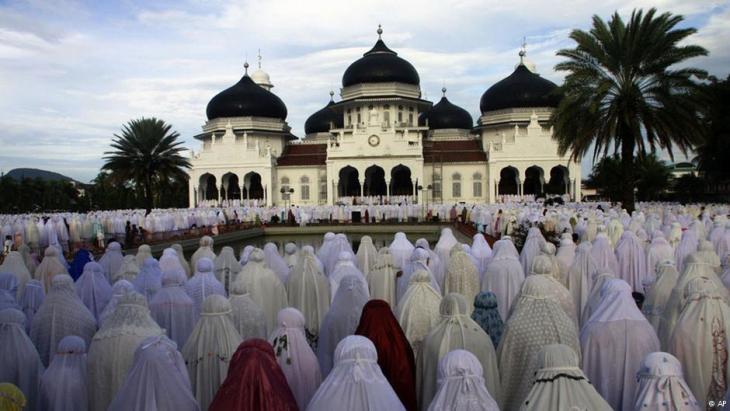 Despite the introduction of Sharia in Brunei and the Indonesian province of Aceh, Emerlynne Gil sees no sign of South-East Asian Islam becoming more conservative as a whole. Pictured here: women in Aceh

A new trend for South-East Asia?

While a more moderate Islam prevails in the neighbouring states of Malaysia and Indonesia, the two countries have also seen tendencies toward heightened orthodoxy. Phil Robertson of Human Rights Watch sees this as an alarming trend: "In Malaysia as well as in Indonesia, some people try to use religion to restrict the human rights of religious and social groups with faiths different from their own."

The Indonesian province of Aceh introduced a milder version of Sharia law back in 2000. However, in this year's national parliamentary election, the conservative-Islamic party only managed to attain one-third of the vote.

In Malaysia, the state of Kelantan is ruled by the Islamist PAS opposition party. Although the national constitution states that Malaysia is a secular country, the local government in Kelantan is considering introducing Sharia there too.

On the other hand, Gil sees no sign of South-East Asian Islam becoming more conservative as a whole: "Brunei has been in a state of emergency for four decades, with the sultan being both the executive and legislative," she says. "Sharia law in Brunei represents the volition of a single person or a small group influencing this person. It's not a trend. And I don't think that Brunei's population wanted this law. The people had no say in it."

Some analysts believe that the sultan's decision is politically motivated. After all, Brunei's resources will dwindle in the future. Sharia, they say, could be a way for the ruler to preserve social cohesion in the face of possible unrest and secure his political legacy.

Home
Print
Newsletter
More on this topic
Muslims in Germany: Nice and Mild Sharia Women as Sharia Judges in Malaysia: A Step forward in Equal Rights Islam and Politics in Malaysia: Islamist Genie Is out of the Bottle
Related Topics
Islam in Southeast Asia, Minorities in the Muslim world, Sharia
All Topics

The Prophet Muhammad never executed anyone for apostasy, nor encouraged his followers to do so. Nor is criminalising sacrilege based on Islam’s main sacred text, the Koran. In ... END_OF_DOCUMENT_TOKEN_TO_BE_REPLACED

END_OF_DOCUMENT_TOKEN_TO_BE_REPLACED
Social media
and networks
Subscribe to our
newsletter