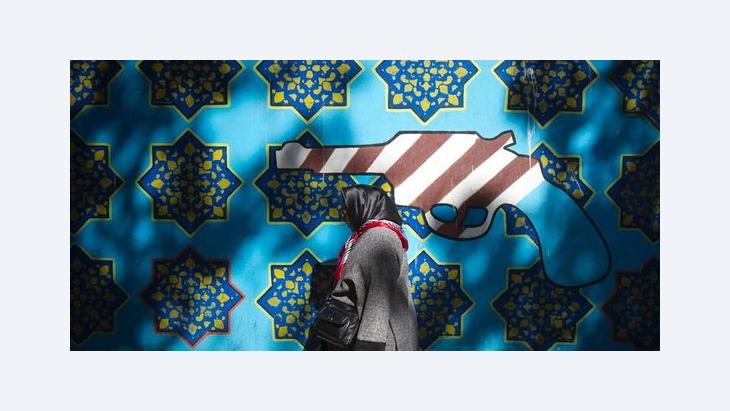 ﻿Amir Hassan Cheheltan is one of a group of internationally known Iranian artists who have no intention of turning their backs on their country, and who will not allow themselves to be sidelined or frozen out by the regime. Stefan Buchen met him in Berlin

"Change is in the air," says Amir Hassan Cheheltan. "Now, in spring, it's easy to imagine. A cloud appears and at any moment, the rain could come pelting down or there could be a storm." The writer is pointing to the spring sky over Berlin, but he's talking about the political climate in his homeland Iran. The tensions are tangible, the discord between enemy factions within the regime more profound and acrimonious than ever before.

56-year-old Cheheltan is on a short visit to Berlin to promote his novel "Amerikaner töten in Teheran" (Killing Americans in Tehran) just published in German. His words make you sit up and take notice. 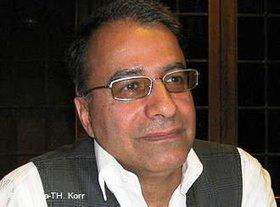 ​​This writer cannot be compared with those notorious members of the Iranian exiled opposition, who have been proclaiming the "internal disintegration" and "the imminent collapse of the Islamic Republic" for 33 years.

Cheheltan is a quiet observer without political affiliation, whose stories and psychograms unfold against a backdrop of Iranian 20th century history through to the present. Because historic authenticity is important to him, he has carried out meticulous study of the social and political history of his nation, referring to documents and as a contemporary witness.

Cheheltan cannot and will not say exactly what form the expected changes will take. But he wants to suggest that the political wrangling between President Ahmadinejad and Supreme Leader Ali Khamenei and their followers has reached an intensity not yet seen to date, even in view of the conflict-ridden history of Iran's governmental system. And that consequently some of this pressure must be vented at some point.

He went back to Tehran last winter, after two-and-a-half years in Germany and the US. He delayed his return because of fears that the authorities would mistreat him. "There were no problems," he says now, with calm restraint. "A culture ministry official called me at home and said that the printing licence for my earlier novels was no longer valid. Then I knew that it would be pointless to apply for a permit to publish my new books. There's no way I would get one."

When he says "new books", he is referring to a trilogy – " Tehran, Revolution Street", "Killing Americans in Tehran" and "Teheran, City without a Sky").

Owing to censorship in the Iranian republic, for years these novels have existed in their original Persian form only on Cheheltan's hard drive, and in printed form in the drawer of his desk. The first two were revealed to the world for the first time in German translation and have since been hailed by critics as "world literature", the third is due to be published in German this year.

Exile is not an option

For sure, Cheheltan would not have to search hard for a Persian publishing house in exile in Los Angeles, Stockholm or Berlin that would publish the originals. But that would contradict his life goals. If he did this, he would be openly challenging the regime by sidestepping the decision-making authority of the censors. And, even more importantly, he would make it easy for the regime to brand him a traitor. 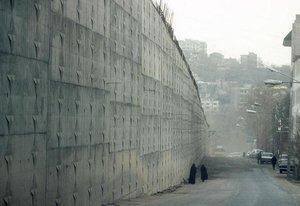 Evin Prison is located in Evin, northwestern Tehran. It is noted for its political prisoners' wing, where prisoners have been held both before and after the 1979 Iranian Revolution

​​Like the exceptional performer of Persian classical music Mohammad-Reza Shajarian and the filmmaker Mohammad Rasoulof, the writer Amir Hassan Cheheltan is one of a group of internationally known Iranian artists who have no intention of turning their backs on their country, and who will not allow themselves to be sidelined or frozen out by the regime. They are not petulant children who are only staying in Iran because the regime would rather they disappeared forever.

They have internalised the belief that they need the inspiration of the homeland to be able to create art, and that they have a message for the society of which they want to be a part. "Man prefers to live in his own country," says Cheheltan – and it doesn't sound banal.

The souls of scoundrels and criminals

In his trilogy Cheheltan shows how deeply the Iranian nation has become entangled in its history for five generations, how the individual has been affected by the succession of dictatorial regimes and the intermittent flaring-up against those rulers, and by the self-assertion against the grip of the super powers, primarily that of the US. He also shows how moral standards and the ability to make rational judgements have been lost.

The rulers of the Islamic Republic do not appear in the trilogy, but instead the novels feature prison guards, police officers and low-level employees. "Society" is at the mercy of this apparatus. But on the other hand, the apparatus recruits from this society. This interplay repeatedly appears in Cheheltan's work.

In his trilogy, the author engages intensively, almost obsessively with figures of the demimonde and the underworld. He climbs down into the souls of these scoundrels and criminals – he calls them "lat" in Persian – and turns them inside out, exposing all their facets.

It is the source of some amusement to consider that the psychogram of the prison warder, who puts his unattainable lover behind bars because he would otherwise have no access to her, is the product of the fantasy of this reticent member of the Tehran middle class.

It is Cheheltan's aim to draw attention to what he believes is a significant, fatal pattern in Iranian contemporary history: Rulers repeatedly make use of the murderers and thugs from the underworld and harness them in order to ruthlessly push through their political goals. The warden at Evin Prison has such a criminal background, just like the organised mob that pushed Prime Minister Mosaddegh out of office on behalf of several generals loyal to the Shah and the CIA in the year 1953. This all appears in the trilogy. 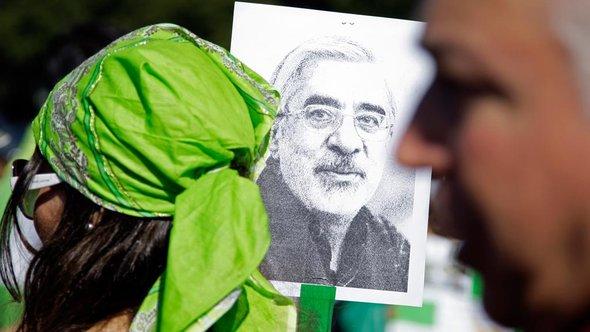 The Green Revolution of 2009 and its failure: "People have been disappointed by the leaders of the reform movement," Cheheltan reflects. "But the 'idea' of reform still has many supporters"

​​When Cheheltan then continues to talk about hired killers who, during the "constitutional revolution" (enghelab-e mashruteh) in the early 20th century, killed men with knives on the streets of Tehran because they were wearing suits and ties, and therefore apparently identifiable as supporters of political change moving away from the absolute monarchy, one senses that he will write more novels.

The stories in the trilogy are fiction. But for anyone wanting to know what is really happening in the Islamic Republic, a highly accurate picture can be gained from reading this work. In this respect, when it comes to unmasking the regime, Cheheltan serves a similarly significant function to that of Alaa al-Aswani for the Egypt of Mubarak and Yasmina Khadra for the Algeria of the 1990s, devastated by military dictatorship and civil war.

Only one path remains

Cheheltan also thinks it unlikely that such a violent uprising against the regime will come to pass, because the majority fear the consequences. "People also reject a military attack from outside," he adds. "In this respect, only one path remains: that of reform ("eslahat").

Cheheltan is also very aware just how bad the prospects for peaceful change are, in view of what happened three years ago when the Iranian reform movement with its efforts to promote gradual social opening failed as peaceful mass protests against the re-election of Ahmadinejad were brutally crushed. This is why for many opponents of the regime, the concept of "eslahat" has fallen into disrepute.

"People have been disappointed by the leaders of the reform movement," Cheheltan reflects. "But the idea of reform still has many supporters."

The writer ends his reading tour of Germany at the end of May, when he is due to return to Iran. We can only watch and wait to see what kind of change might possibly unfold in Iran in the near future.

With authoritarianism once more gaining ground in the Middle East and North Africa, the European Council on Foreign Relations explores how European diplomats can be more effective ... END_OF_DOCUMENT_TOKEN_TO_BE_REPLACED

Right up until his death, Allameh Tabatabai dedicated himself to the revival of Shia Islam’s intellectual traditions. But few in the West have even heard of this exceptional ... END_OF_DOCUMENT_TOKEN_TO_BE_REPLACED

It is getting hotter and hotter in Iraq. Fifty degrees or more is no longer a rarity. The state between the Euphrates and Tigris rivers is now one of the hottest countries on ... END_OF_DOCUMENT_TOKEN_TO_BE_REPLACED

The Taliban’s victory over the United States in Afghanistan will not only greatly embolden their fellow jihadists, but also shake up the region’s geopolitics. An Afghanistan- ... END_OF_DOCUMENT_TOKEN_TO_BE_REPLACED

The streaming festival "Female Voice of Afghanistan" by the Zeitgenössische Oper Berlin gives Afghan female musicians a global platform – at a time when their situation has ... END_OF_DOCUMENT_TOKEN_TO_BE_REPLACED
Author:
Stefan Buchen
Date:
Mail:
Send via mail

END_OF_DOCUMENT_TOKEN_TO_BE_REPLACED
Social media
and networks
Subscribe to our
newsletter