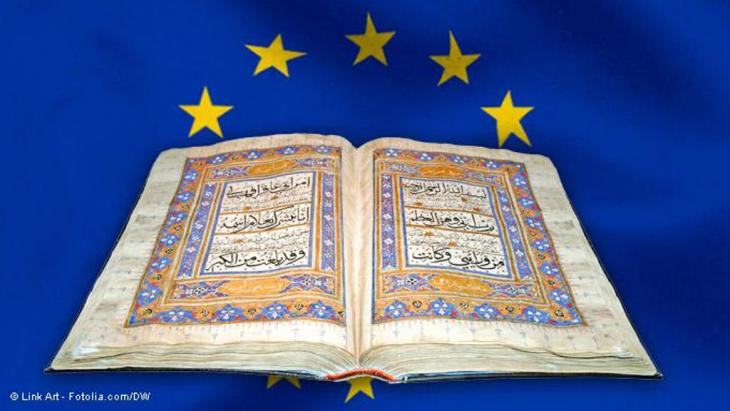 The Islamic "Culture of Ambiguity"

Plurality as a Matter of Course

﻿How does a wine goblet find its way into an Islamic art collection? In "The Culture of Ambiguity", Thomas Bauer describes the wide boundaries of Muslim culture and asserts that in the West cultural goods are often considered to be "Islamic" when they're actually not

Critics of Islam, Islamic fundamentalists, and even Islamic reformers all have something in common and could therefore profit from reading Thomas Bauer's book on "The Culture of Ambiguity". In their arguments and examples, the so-called critics of Islam as well as Islamic fundamentalists get caught up in kind of sophistry. They both search for verses in the Koran and writings of the Prophet and subsequently cite them out of context.

Fundamentalists then use the authority of the text to justify their authoritarian views. Critics of Islam do the same, although in the name of enlightenment and progress. Islamic reformers act no differently, as they also assert that they know what "Islam" is supposed to be. And as each of these three groups makes the claim to know the true nature of Islam, they lead to an essentialist characterization of the religion and merely reproduce the Orientalist narrative.

Coexistance of many truths 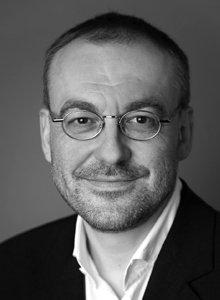 Looking into the high degree of tolerance for ambiguity in Islamic cultures: Thomas Bauer, Professor for Islamic Studies at the University of Münster, Germany

​​Critics and fundamentalists alike ignore not only the context under which the texts arose, but, above all, they also ignore the existence of alternative religious practices and lifestyles. It is in this respect that Thomas Bauer's book proves so illuminating.

Bauer shows how in the past, many truths coexisted side by side. There was the wine goblet and the ban on wine, painting and the ban on images. According to Bauer, Islamic culture was for centuries characterized by an extremely high degree of tolerance for ambiguity. Plurality was a matter of course.

There are many reasons for ambiguity and plurality both in theory and practice holding sway for centuries within the Islamic world. Evidently, the formula frequently repeated in the West that there is no separation between the religious and secular spheres in Islam is simply proved wrong by the facts. Regardless of whether it is even possible to state what "Islam" actually is, as there are far too many manifestations of Islam, the basic tenet is simply false.

Historical and contemporary Islamic societies demonstrate that in no way has "Islam" penetrated every aspect of life. Many essential areas, such as medicine, law, and government administration, were organized according to secular principles and history shows that they were not at all characterized or even dominated by Islam.

Nonetheless, to this day, many in the West refer to 'Islamic medicine' or 'Islamic philosophy'. For centuries, doctors in the Islamic world took the Hippocratic Oath and did not swear on the Koran. Nor did any leading Muslim doctors derive specific medical teachings from the Koran.

Works by the philosopher Rhazes (or Muhammad ibn Zakariyā Rāzī, died 925) are studied in Middle East seminars under the rubric of Islamic philosophy, yet to categorize them as Islamic would be akin to calling Kant's work Christian philosophy. 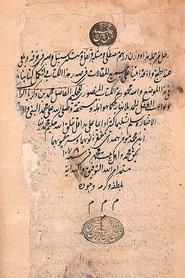 ​​His writings are simply those by a man who lived in a part of the world inhabited primarily by Muslims. Yet, to understand his philosophy, it is far more important to have a grasp of Aristotle than to read the Koran.

Bauer's book contains plenty of such examples. Another matter he takes issue with is the Islamization of art. Almost every cultural commodity or article of everyday use originating from that part of the world where the vast majority of the population are Muslims is catalogued in Western museums as Islamic art. Most of these articles, however, can be associated with secular activities. Despite this, a bowl decorated with figurative images or a wine goblet find themselves categorized as Islamic art.

The curious question arises: how can we account for all the dishes and pottery decorated with images, the Ali Qapu grand palace in Isfahan with its naturalistic paintings, and the wine goblets as well as the many poems in praise of wine, if Islam truly did permeate all fields of activity with its religious precepts? Isn't there a ban in Islam on images and, above all, alcohol?

It would simply be too easy to characterize all of these examples as deviations from the norm and thereby marginalize them.

Perhaps, according to Bauer's thesis, there was in fact no generally accepted and practiced single norm. What we tend to classify as deviations instead points to a different kind of norm, namely that of pluralism.

Unauthorised immigration to Europe went down at the peak of the pandemic. As EU countries re-open, migrant flows are back up. What does it mean for the EU – and for migrants? By ... END_OF_DOCUMENT_TOKEN_TO_BE_REPLACED

Religions are often a source of conflict. But the worldwide Religions for Peace movement seeks to change that by galvanising interreligious dialogue. Delegates from 90 countries ... END_OF_DOCUMENT_TOKEN_TO_BE_REPLACED

Berlin's annual Human Rights Film Festival closed at the weekend. One entry to the festival was the documentary "Captains of Zaatari". Its Egyptian director Ali El Arabi focuses ... END_OF_DOCUMENT_TOKEN_TO_BE_REPLACED

The world must take action now to prevent a deep and lasting humanitarian crisis in Afghanistan. But what, if anything, can be done? The one billion dollars pledged by ... END_OF_DOCUMENT_TOKEN_TO_BE_REPLACED

Germany's foreign policy is explicitly values-based. But what happens, Ralf Bosen asks, when democracy, the rule of law and human rights collide with the logic of trade and ... END_OF_DOCUMENT_TOKEN_TO_BE_REPLACED
Author:
Katajun Amirpur
Date:
Mail:
Send via mail

END_OF_DOCUMENT_TOKEN_TO_BE_REPLACED
Social media
and networks
Subscribe to our
newsletter