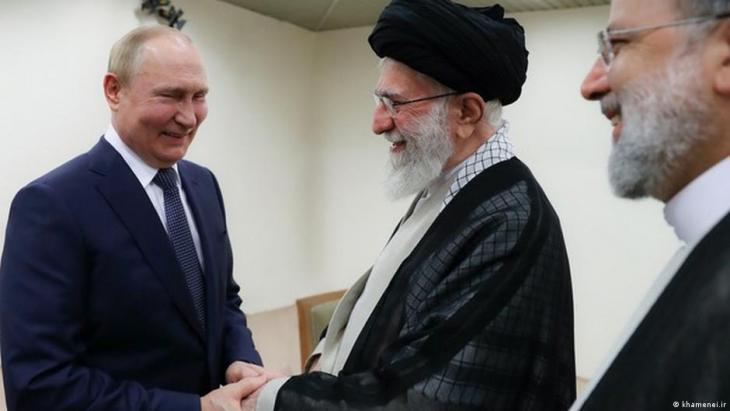 Since Ali Khamenei, Iran's most powerful man, has openly and unconditionally come out in support of Putin's war in Ukraine, logistical help is on its way, with an allegedly civilian airline playing a key role. By Ali Sadrzadeh

Mahan Air: the name is worth remembering. On the world market, this is a small, insignificant airline, but regional wars have made it major by Iranian standards. And the war in Ukraine will probably make Mahan Air world-famous; key players like NATO will soon be perusing its flight schedules.

Mahan Air continues to shape the history, the present and probably the future of the Islamic Republic. Understanding the history, development and operations of this Iranian airline means grasping the complex power of the mullahs in Iran. After all, the family oligarchies, both reformist and radical, are also at work here.

An oasis and an airline

Mahan is a small town in Kerman province, an oasis in the desert, known and loved for its pleasant climate. The founder of Iran's most important Sufi order is buried here. The "black box" of the Islamic Republic, Ali Akbar Hashemi Rafsanjani, was also from this province, as was the notorious General Qassem Soleimani.

The former died in an unexplained manner in a swimming pool in northern Tehran; the latter was killed at Baghdad airport on the orders of former U.S. President Donald Trump. One considered himself a reformer and pragmatist, the other was radical and responsible for exporting the revolution. The symbiosis of the two, however, is a prime example of the power of the Tehran oligarchy. 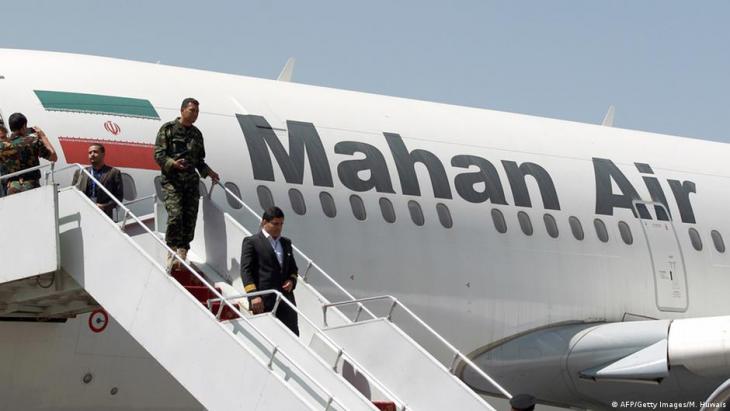 The dubious 'civiian' airline Mahan Air: three days after Vladimir Putin's visit to Tehran on 19 and 20 July, Mohammadi Bakhsh, the head of Iran's civil aviation, announced that the number of flights to Moscow would be increased to 35 a week. The majority of these would be cargo flights without any restrictions, according to the agreement with the Russians, Bakhsh explained. Mahan Air is to assume the lion's share. A day earlier, the airline itself had already announced that it would now be flying regularly to the Chechen capital Grozny. One can only guess what is being transported on these flights. Doubtless a number of secret services will be following developments closely

On the airline's website, one reads strange information about how it first saw the light of day. It all started with a phone call. On the line is a shady Egyptian businessman, based in Dubai. The governor of Kerman province picks up the phone. He is cousin to Rafsanjani's wife. Rafsanjani was the most powerful president in the country at the time, far more powerful than Ali Khamenei, the nominal leader of the Islamic Republic. Only later would the balance of power be reversed. Rumour has it that Rafsanjani's death in the swimming pool had something to do with Khamenei's machinations. Be that as it may.

The Egyptian in Dubai has an important proposition for the governor: would Iran be willing to accept four old aeroplanes as repayment for Egypt's debts from the time of the Shah? The Shah had been overthrown fourteen years earlier and later died in exile in Egypt. The governor calls the president in Tehran and gets his approval. The Egyptian arrives in Kerman. At the airport he talks to the governor for fifteen minutes, and the deal is done. Kerman becomes the home airport of Mahan Air.

The new airline, however, is to be private. It is incorporated into a religious holding company called مولی الموحدین , "Lord of the Monotheists". The holding company is owned by the Rafsanjani clan. And Mahan Air keeps growing. It procures old but still usable aircraft such as Boeing, Airbus and British BAE on the legal and illegal market. In Russia, it buys Tupolev and Ilyushin.

Even a Merkel plane

Mahan Air also presents itself as elitist: its website bears the slogan "The Spirit of Excellence". The airline has five Boeings 747s in its fleet and 27 Airbuses.

Curiously, a decommissioned Merkel aircraft is also among them. On 20 November 2011, the German news magazine Der Spiegel reported: "An Airbus 310-304 was delivered from Kiev to Tehran on 18 November. Only those in the know will have noticed the new addition to the fleet immediately: for one thing, the twin-engine jet is a so-called VIP aircraft; moreover, the aircraft designation 10+22 is very unusual. According to information from SPIEGEL ONLINE, the plane was in the service of the German government for about 20 years. Until a few months ago, the Chancellor, the Foreign Minister or other cabinet members were using the comfortably furnished Airbus to jet around the world." 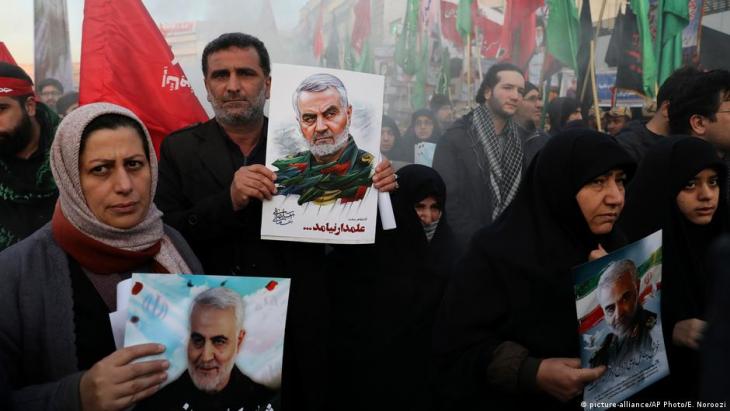 As the commander-in-chief of these regional civil wars, Qassem Soleimani used Mahan Air planes at will. The "civilian private" airline became part of Iran's military strategy. During the war in Syria the airline demonstrated its real raison d'etre, operating as a logistics arm of the Revolutionary Guards. For the past ten years, it has flown to Syria almost daily and supplied militant brethren of the faith hailing from several countries with arms and ammunition

A Mahan Air plane flying under contract to Venezuela and stuck at an Argentine airport for five weeks is currently the focus of various intelligence agencies. The mystery surrounding this plane seems unsolvable: a strange route, a cancelled transponder and undeclared passengers who are said to belong to the Iranian Revolutionary Guards. Argentine authorities are scouring the Boeing 747 for links to terrorism.

The jumbo jet, built in 1986, now flies under the registration number YV353. It previously flew for Iran's Mahan Air as EP-MND for 14 years. The jumbo freighter has been on the move a lot in recent weeks. It has made repeated stops in Belgrade, Mexico City, Moscow and Tehran. In addition to 14 Venezuelans, five Iranians were also on board. Nineteen people is an extremely large number for a cargo plane; normally the crew is only a quarter of that size. In addition, the Iranians were not on the passenger list. And the latest news? The plane has been allowed to leave Argentina, the Iranians not.

In "Iran. Die Freiheit ist weiblich", journalist Golineh Atai describes the dogged resistance of courageous Iranian women against the Islamic Republic and the mullahs who have ... END_OF_DOCUMENT_TOKEN_TO_BE_REPLACED

Egyptian authorities have Mada Masr in their sights once again after critical reporting. But the editor of the country's last independent news source is adamant they will continue ... END_OF_DOCUMENT_TOKEN_TO_BE_REPLACED

Like Christianity, Europe's history is one of migration. Both have strong roots in the Orient and in cultures thousands of years old. Cultural historian Bernhard Braun invites us ... END_OF_DOCUMENT_TOKEN_TO_BE_REPLACED

Russia is leaving no stone unturned in its attempts to make the Islamic Republic an ally in the war against Ukraine. Fortunately for Vladimir Putin, the mullahs in Tehran are ... END_OF_DOCUMENT_TOKEN_TO_BE_REPLACED

Attitudes towards Rohingya people in Myanmar have shifted, due in part to the civil war. But this does nothing to alleviate their misery. By Rodion Ebbighausen END_OF_DOCUMENT_TOKEN_TO_BE_REPLACED

END_OF_DOCUMENT_TOKEN_TO_BE_REPLACED
Social media
and networks
Subscribe to our
newsletter