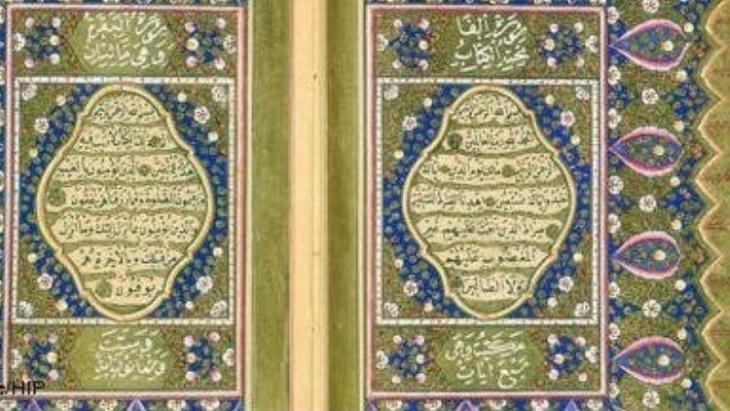 The Koran as a text from late antiquity
A European approach

﻿In her comprehensive Koran study, Angelika Neuwirth, Director of the research project Corpus Coranicum, interprets the Koran as a text that was developed in the milieu of Late Antiquity theological debates. Stefan Weidner introduces the book and project

German scholarship of Islam experienced its heyday around 100 years ago. Back then, Ignaz Goldziher and Theodor Nöldeke presented studies on early Islam, the Koran and the emergence of Islamic law, publications still viewed as vitally important to this day.

For some years now, scholars have reconnected with these glory years of research into early Islam from a quite different perspective, at among others the Berlin-Brandenburg Academy of Sciences and Humanities. Under the programmatic title "The Koran as Text from the Late Antiquity. A European Approach", the scholar of Arabic Angelika Neuwirth, who heads a group of young Koran researchers at the Academy, presents the project's initial findings.

Embedded in a cultural and religious context

Angelika Neuwirth's work liberates the Koran from later Islamic tradition and makes the process of its creation visible. It then reads just as contemporaries must have understood it: as evidence of intensive theological wrangling on the Arab Peninsular but in a cultural and religious context that also characterised the rest of the Mediterranean region in the 7th century – and thereby ultimately European spiritual beliefs to this day:

"In as far as the Koran emerged from the debates raging during the Late Antiquity, and carved its own niche among existing Christian and Jewish traditions (…) this means it is itself part of the historical legacy of the Late Antiquity in Europe." 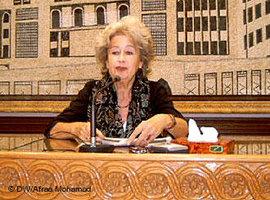 According to leading Koran scholar Angelika Neuwirth, before the Koran was recognized as Muslim scripture, it was communicated to an audience whose education was based on late-antique traditions

​​It should be noted here that this reading only partially serves to explain later developments in Islam, or even just the contemporary Muslim view of the Koran. Where the approach succeeds is that it squares up to all the fables and misunderstandings that have crept into interpretations of the Koran over the course of the centuries – on the part of Muslims, as well as on the part of Islamic scholars.

For a long time it was assumed that Islam emerged from thin air, so to speak, at best as a result of low-level friction with vaguely discernible Judeo-Christian, but primarily old Arabic pagan traditions.

In truth however, exchange with the cultural milieu was very intensive and can be largely determined, as long as one does not read the Koran as a complete work as we encounter it today, but as a record of the emergence of a new religious community.

"The text should not be assumed to be the work of one author, but as a community-based discussion going on throughout the entire working life of the annunciator," is how Neuwirth summarises the paradigm shift.

Instead of the ubiquitous assumption that there was on the one hand the annunciator who, in the manner of an author, either guided by himself or by godly inspiration, confronts his listeners or readers with the text, Neuwirth suggests an alternative model that tailors itself to the dramatic material – a dialogic principle therefore in which opposing voices also become audible, voices that in turn evoked reactions in the form of new Koran verses.

As Neuwirth writes: "Rather like listening in on a telephone conversation, it's not difficult from the only audible narrative voice to work out the context of the discussion."

One example of this is the recitation introducing each sura, a formula that sounds redundant to western ears – "the most Gracious, the most Merciful" – like the illustration of the cliché in the flowery style of the Arabs. But this is wrong. It is in actual fact a formulation in parallel – and at the same time in sharp demarcation – to the familiar Christian invocation "In the name of the Father, the Son and the Holy Ghost."

So the Basmala is neither bad poetry, nor a cheap copy of a Christian formula, but rather it proclaims theological reform, dispensing as it does with the concept of the trinity, just as that of Christ as the Son of God.

In passing, as it were, Angelika Neuwirth demonstrates that an intelligent "criticism of Islam" – seen as criticism of Islamic dogmas and prejudices – is possible when it is based on comprehensive knowledge and not on preconceptions.

The interim findings of this Corpus-Coranicum project presented in this book also reveal the limitations and problems of such an endeavour. For example, it is safe to assume that this research will make little sense to the orthodox branch of Islam. 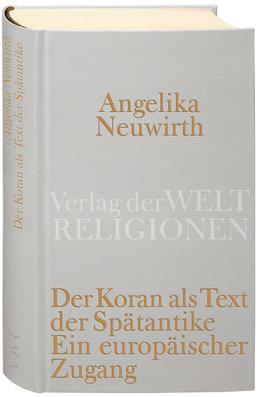 ​​In order to extend the dialogue to include devout Muslims, much more must be done to show how the orthodox Muslim reading of the Koran developed from the book's open, dialogic beginnings and how this subsequently assumed its dogmatic form. The work under discussion here does include several examples of this, for example an explanation of the word kitâb, which means 'script' or 'book'.

Whereas during Mohammed's lifetime, and in view of the emergence of a new religious community, the Arabic word kitâb described an original script in heaven and not the Koran, which was only just taking shape at the time, later generations of Muslims assumed that the word kitâb referred to the Koran, which itself then became a heavenly scripture in accordance with later canonical understanding, a divine 'book' that had always been in existence and the contents of which Mohammed had simply to reveal. This may have been an obvious "misinterpretation" during Mohammed's own lifetime, but from the viewpoint of later generations of Muslims for whom the Koran was available in its complete form, it was anything but irrational.

We need more examples of anecdotes such as this, which serve to bridge the gap between orthodox interpretation and new research. In the ongoing dialogue with Islam in particular, we need to develop more of an appreciation that a religion does not consist solely of historical facts and verifiable texts – although in good protestant fashion, fundamentalism always claims this is the case – but that it is also founded on ideas, fantasies and desires.

This would appear to be all the more important in view of the fact that all research carried out on early Islam is highly speculative due to the problematic situation regarding source material – the few manuscripts that do exist were written half a century after Mohammed's death (632), and most sources have been reliably dated to a period 100 years after that. As painful as this may be from the philologist's perspective, in the end much of it is a question of faith.

The results of Neuwirth's latest Koran research project are exciting, but she does not make it easy for the uninitiated readership. For sure, all the Koran passages are translated, the current status of research and the contexts are always explained, albeit rather briefly. But only a specialist could seriously do justice to the microscopic analysis and interpretation of the tiniest sections of text. German scholars of Islam may be looking to reclaim some of the innovative spirit of yore, but conveying new ideas is half the battle, and in this respect there is still ample scope for improvement.

Home
Print
Newsletter
More on this topic
The Intellectual Legacy of Islam: Koran Studies under ScrutinyIslamic Studies: Liberate the Prophet from the Stranglehold of Religion!Interview with Nasr Hamid Abu Zaid: ''I am a Witness to the Changes in Islam''Portrait of Ömer Özsoy: A Modern Interpretation of Islam Instead of Missionary Work
Related Topics
Dialogue of Religions, Islamic theology in Germany, Koran | Quran, Quranic studies | Koranic research, Reform Islam, Sharia
All Topics

In "Iran. Die Freiheit ist weiblich", journalist Golineh Atai describes the dogged resistance of courageous Iranian women against the Islamic Republic and the mullahs who have ... END_OF_DOCUMENT_TOKEN_TO_BE_REPLACED

One year ago the Taliban returned to power, seizing Kabul; the U.S. and its allies made a panicked exit from the country. Of all the books written on the subject, four stand out ... END_OF_DOCUMENT_TOKEN_TO_BE_REPLACED

Unflattering terms were used at a German Football Association human rights congress aimed at "intensifying the discussion" ahead of the World Cup. One speaker in particular made ... END_OF_DOCUMENT_TOKEN_TO_BE_REPLACED

Egyptian authorities have Mada Masr in their sights once again after critical reporting. But the editor of the country's last independent news source is adamant they will continue ... END_OF_DOCUMENT_TOKEN_TO_BE_REPLACED

Like Christianity, Europe's history is one of migration. Both have strong roots in the Orient and in cultures thousands of years old. Cultural historian Bernhard Braun invites us ... END_OF_DOCUMENT_TOKEN_TO_BE_REPLACED

Russia is leaving no stone unturned in its attempts to make the Islamic Republic an ally in the war against Ukraine. Fortunately for Vladimir Putin, the mullahs in Tehran are ... END_OF_DOCUMENT_TOKEN_TO_BE_REPLACED
Author:
Stefan Weidner
Date:
Mail:
Send via mail

END_OF_DOCUMENT_TOKEN_TO_BE_REPLACED
Social media
and networks
Subscribe to our
newsletter