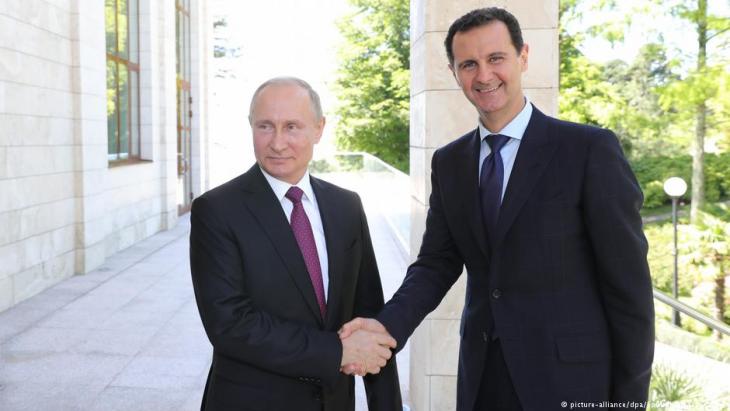 The Kurdish YPG and the future of northeastern Syria

Assad smiles from the sidelines 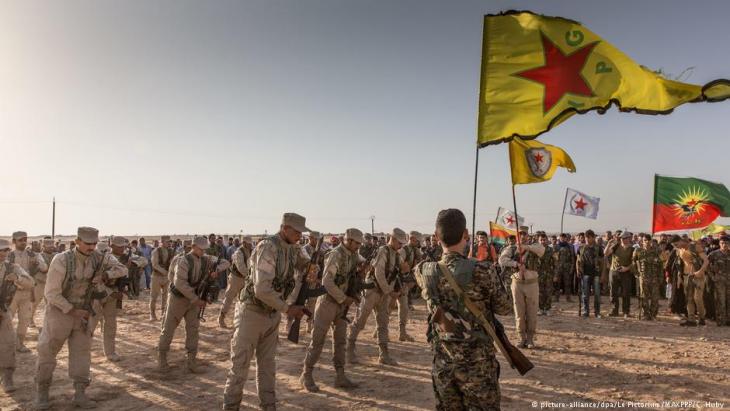 So the big question is when and under what conditions the U.S. will pull its 2,000 soldiers out of Syria and how it then plans to prevent Erdogan launching an offensive.

In response to the question concerning the pull-out plans, there are so many answers circulating in Washington that nothing appears definite. President Trump constantly contradicts himself in his Tweets and statements – at one point the withdrawal was going to happen quickly, then he allegedly never said it would be quick, he doesn’t want Syria ("just sand and death"), nor does he want IS, but others should fight against it (Iran, Russia, Turkey).

Then again he doesn’t want to withdraw completely until IS has disappeared, the Kurds should be protected, but Ankara is allowed to fight "terror" (Erdogan means the YPG, Trump means IS). Secretary of State Mike Pompeo and security adviser Bolton are trying to extract practical policy from this quickfire verbal exchange marked by ignorance and without any attempt at a strategy – in vain.

Nothing to do with freedom and democracy

On the other hand, the question of how the U.S. plans to protect the Kurds without troops in the area is simply answered: it can’t. The PYD and YPG realised this a long time ago and are now seeking their salvation elsewhere – in Moscow and Damascus. The U.S. withdrawal is paving the way for Putin’s plans and thereby Assad’s return to the northeast.  Moscow would like to bring the area back under total regime control, crush the Kurdish self-administration, fob the PYD off with a few cultural rights and integrate the YPG into Syria’s armed forces.

The rationale is that in view of such a prospect, Erdogan would hold off launching an offensive. Particularly as such a move is highly controversial within the Turkish government, after all thanks to the Americans, the YPG east of the Euphrates are better equipped and an attack such as that carried out on Afrin a year ago would trigger international criticism and solidarity with the Kurds.

Putin’s vision therefore falls on sympathetic ears in Ankara: should Assad’s troops advance, the People’s Protection Units would pull out, the regime on the border would serve as a buffer between the PYD and PKK and Assad would be the only one to secure the "territorial unity of the country", or in other words prevent Kurdish autonomy in the long-term.

Which brings us back to Assad’s favourite role as the "lesser evil". From the PYD standpoint, the Syrian regime is better than Erdogan. And Erdogan would rather come to an arrangement with Assad than with the PKK’s comrades-in-arms. This confirms one of the basic principles of the conflict: whenever two parties clash in Syria, Assad always reaps the rewards as the smiling onlooker on the sidelines.

The Kurds have no choice

So what does the future hold for Rojava? Upon the request of the YPG, in early January the regime sent troops to Manbij, the only large city under Kurdish administration west of the Euphrates. Turkey has for a long time wanted to gain control of Manbij with rebel support, negotiations with the US, which maintains a troop presence there, yielded no outcome. Now Assad’s soldiers are positioned between pro-Ankara rebels and the Kurdish People’s Protection Units, the prospect of an invasion appears to have been averted.

If the cooperation between the YPG and the regime works in Manbij, Damascus could deploy further troops to Rojava and station them along the border with Turkey.

At the same time, the PYD is negotiating with the regime through Russian mediation. As long as the Americans maintain a military presence, the Kurds can demand more – an unclear, incomplete or slow US troop withdrawal would strengthen their position with the regime and Russia. Any final agreement will however prioritise the interests of Damascus, because the key intervention forces Russia, Iran and Turkey all want a robust centralised state in Syria. In the northeast, this means as much power as possible for the regime and as few rights as possible for the Kurds.

Without reliable American or European backing, the latter have no choice. Because the entire world has come to terms with Assad’s rule, they will also continue to come to their own arrangement with the regime. The PYD could save face with cultural concessions, Kurdish-language pro-regime media and Kurdish-language schools; it could conceal its loss of power with an insidious takeover by the regime and pseudo-decentralised structures. So for now, the Syrian Kurds’ dream of autonomy is shattered. In the offices and classrooms of Rojava, images of PKK leader Öcalan will be taken down and the Assad portraits put back up. All this has nothing whatsoever to do with freedom and democracy. But in an era of  "lesser" and "greater" evils, there doesn’t appear to be any place for this in Syria anyway.

In the age of corona, Ankara's regional power strategy is twofold: on the one hand, Turkey is engaged in a charm offensive to revamp its political image, which has suffered lately ... END_OF_DOCUMENT_TOKEN_TO_BE_REPLACED

From Syrian war crimes to U.S. hypocrisy in the Julian Assange case, the global "erosion of human rights standards" is of critical concern, UN Special Rapporteur on Torture Nils ... END_OF_DOCUMENT_TOKEN_TO_BE_REPLACED

Having forfeited any real influence in Libya, Europe needs to look to the judicial use of sanctions. Curbing Russian influence and drawing support away from Haftar is essential if ... END_OF_DOCUMENT_TOKEN_TO_BE_REPLACED

The United States has identified over a dozen Russia warplanes in Libya, marking Moscow's first direct venture into the North African country. Experts say it is part of a larger ... END_OF_DOCUMENT_TOKEN_TO_BE_REPLACED

END_OF_DOCUMENT_TOKEN_TO_BE_REPLACED
Social media
and networks
Subscribe to our
newsletter