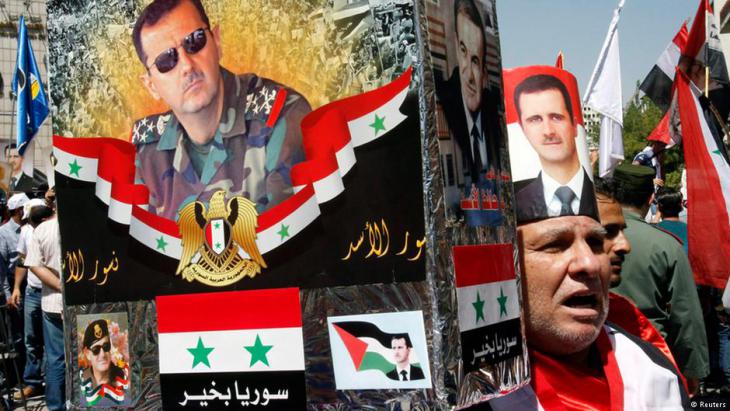 The left-wing/right-wing alliance of Assad apologists
Disenchantment with the West?

Why do left- and right-wingers in Germany defend Assad′s tyranny? Gunther Orth has some answers

Syria has become a kind of crystallisation point for a strange public discourse – and not just in Germany. In many ways, it is pure coincidence that the subject of Syria has led to some remarkable lapses in intellectual judgement.

It would be only logical for people to express outrage at a regime that has for years been killing its own people with tanks, bombs and poison gas or systematically expelling and torturing them, all out of fear of ceding power – but this is exactly what the Syrian mouthpieces here in Germany are not doing. They instead take great pains to cast events in a more benign light, in some cases even denying that anything untoward is happening at all.

At the same time, this is a key to understanding the phenomenon of the Assad sympathisers. After all, what is the one thing the right and left can agree on? It's their rejection of globalisation, which is often combined with a common yearning for simplicity and homeland (in this respect, they even bear a slight resemblance to the Islamists). 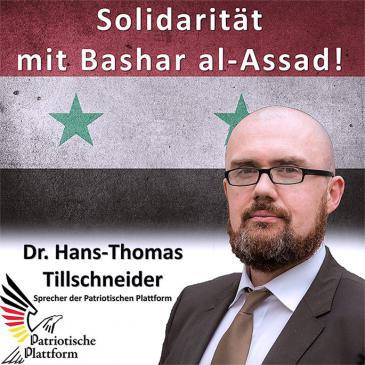 At your service, Assad: the AfD (here a member of the state parliament of Saxony Anhalt) practically functions as the Assad regime′s press office in Germany. This poster reads, ″Solidarity with Bashar al Assad!″

One can therefore assume that the tendency to tone down reports of Assad's tyranny, which is widespread in this country, and the prevailing silence on Russian war crimes stem from a kind of "uneasiness regarding Western politics and culture", a disenchantment with the West and everything it stands for: capitalism and inequality, as well as democracy, liberalism and human rights.

People are disturbed by the Syrian refugees that have (only in small part) been streaming into Germany. This disquiet then turns into a critique of alleged and actual failures of Western policy in Syria, culminating in the assertion that the West actually planned or supported the 2011 uprising because the Assad regime is supposedly anti-imperialist and therefore had to be overthrown, coupled with the claim that the West even deliberately created IS out of its supposed love for jihadists.

Then there are the theories that Syria allegedly blocked gas pipelines, angering the West as well as Saudi Arabia, etc. Arab Assad defenders in turn are quick to claim that Syria's Baathist regime (together with Hezbollah) is the last bastion against both Israel and the Islamists. 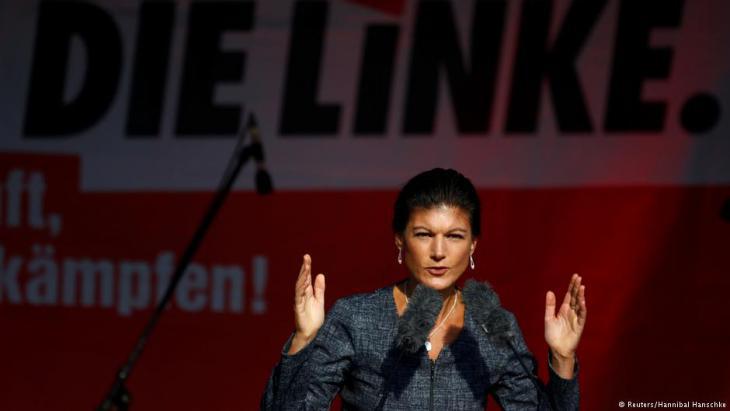 A few weeks after the Russians began bombing Syria in 2015, the leader of Germany′s left-wing party Die Linke, Sahra Wagenknecht, declared that the anti-IS coalition was as guilty of terrorism as IS itself. In contrast, she has not to this day passed comment on Assad or Russia's intervention

Although many of Assad's contemporary advocates in Europe were not previously well-known for their expertise on Syria, they still argue, for example, that the majority of Syrians stand behind their "elected" President, deny that his regime or Russia have perpetrated any war crimes (such as the use of poison gas or the systematic destruction of hospitals) or portray all of these acts either as self-defence against terrorists or false-flag operations by opponents of the regime.

On the subject of systematic torture in government prisons, some of these Assad supporters even go so far as to say that, "as everyone knows", Arabs need to be ruled with a firm hand. And so even this beastliness is condoned or even explained away as a conspiracy or made to appear less serious. All this is often contrasted with the image of a liberal civic life in the Assad strongholds and the elegant appearance of Mr and Mrs Assad, who are, after all, so attractive.

Another aspect that supports the theory of a collective, semi-conscious pro-Assad reflex when it comes to Syria is the fact that people right across the spectrum – from AfD agitators to Attac activists, many left-wing politicians and a number of formerly reputable scholars and journalists – have fallen for it. 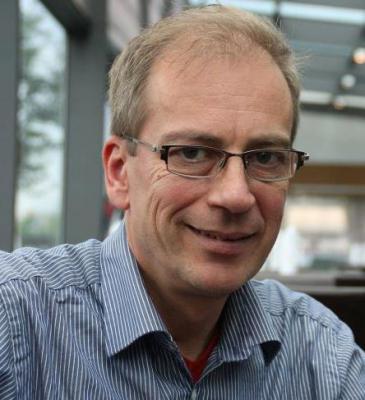 Gunther Orth studied in Erlangen, Cairo and Damascus and works as an Arabic translator and interpreter in Berlin

The post-truth tendency to only see and read things that support one's own views, a tendency that is devoid of all empathy, takes care of the rest. After entering the German parliament following this year's general elections, the AfD wasted no time in demanding the extradition of Syrians to the Assad regime, a view echoed by some members of the CDU and CSU. In short, Pro-Assad sentiment is obviously spreading in this country.

The united right-ring/left-wing alliance on the subject of Syria is unmistakable; the fact that Moscow is one of the main opponents of the West when it comes to Syria fits only too well into this picture.

For the left, the Kremlin still indirectly embodies the good old Communist vision, while for racists and those weary of democracy, on the other hand, Putin represents the dream of an authoritarian, patriarchal, white Europe. It speaks volumes that the right wing has a much more realistic view of Putin's Russia than the knee-jerk reaction of the left. As I said above: where the left and right mix, only the right prevails.

But all of this is not necessarily about Syria itself and what is happening there. It is more the case that people are celebrating what is undoubtedly the end of the American era, and no one wants to spoil the party by asking whether what comes next will be any better.

One year ago the Taliban returned to power, seizing Kabul; the U.S. and its allies made a panicked exit from the country. Of all the books written on the subject, four stand out ... END_OF_DOCUMENT_TOKEN_TO_BE_REPLACED

In "Iran. Die Freiheit ist weiblich", journalist Golineh Atai describes the dogged resistance of courageous Iranian women against the Islamic Republic and the mullahs who have ... END_OF_DOCUMENT_TOKEN_TO_BE_REPLACED

Unflattering terms were used at a German Football Association human rights congress aimed at "intensifying the discussion" ahead of the World Cup. One speaker in particular made ... END_OF_DOCUMENT_TOKEN_TO_BE_REPLACED

Egyptian authorities have Mada Masr in their sights once again after critical reporting. But the editor of the country's last independent news source is adamant they will continue ... END_OF_DOCUMENT_TOKEN_TO_BE_REPLACED

Like Christianity, Europe's history is one of migration. Both have strong roots in the Orient and in cultures thousands of years old. Cultural historian Bernhard Braun invites us ... END_OF_DOCUMENT_TOKEN_TO_BE_REPLACED

Comments for this article: Disenchantment with the West?

"A lot of truth in this. But there is a real problem with the tendency to see all this in terms of ‘turning away from western values’ – as if fascism wasn’t a western value – as if justice was the sole possession of the West – as if movements for democracy were all about a desire to be western. In so many ways this whole discourse is part of the problem – people who have never expanded their universalism beyond a constricted eurocentric post-war vision. I do think we’re confronted by discursively similar discourses in this respect – both flowing out of an amazing theoretical laziness and ennui." (John Gamey)

END_OF_DOCUMENT_TOKEN_TO_BE_REPLACED
Social media
and networks
Subscribe to our
newsletter