The many faces of Libya

In this photo gallery, Valerie Stocker gives a fascinating insight into the diversity of ethnic and tribal groups in modern-day Libya 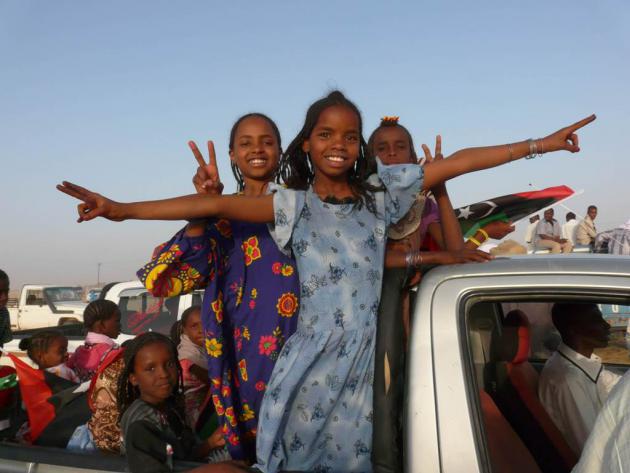 The Tebu trace their roots to the Tibesti Mountains in Northeast Chad. Today, however, they are spread over three countries. Though only a small ethnic minority in Libya, they are the lords of the desert, together with the Tuareg further west. Until the twentieth century, the Tebu were nomads and lived off livestock-breeding. Their struggle for equal rights and influence in the new Libyan state puts them at odds with neighbouring Arab tribes and, occasionally, with Tuareg groups. 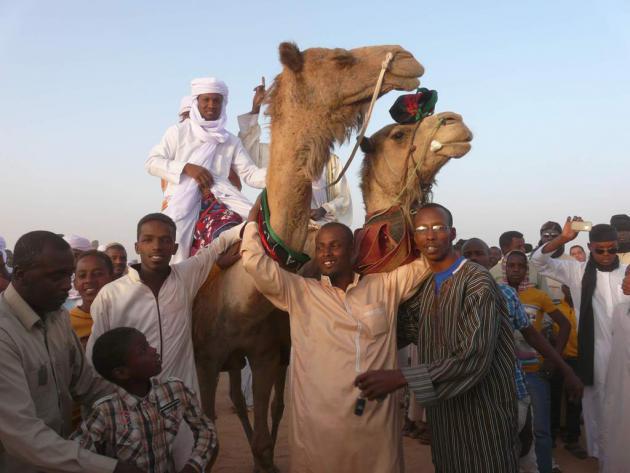 Under Gaddafi, the Tebu were discriminated against and given only limited access to education and employment. Many of their children were denied citizenship even though they were born in Libya. During the 2011 uprising, Tebu rebels freed much of southern Libya from the regime's grip. The first Libyan Tebu festival in April 2013 (during which the first two photos in this gallery were taken) was celebrated as the dawn of a better era. However, social marginalisation is not easily overcome. 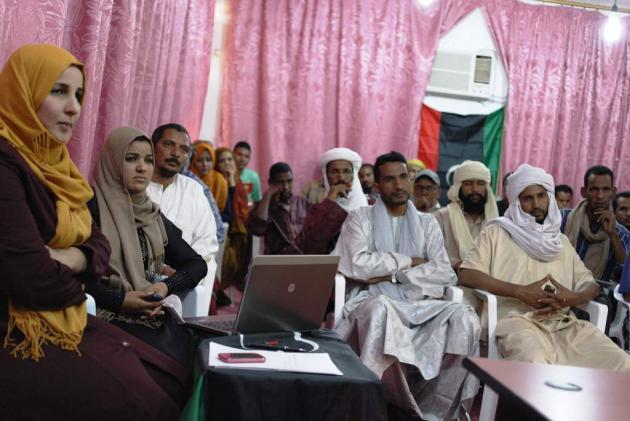 In Ubari, Arabs, Tuareg and Tebu live side by side. Once a crossroads for the caravan trade, the town is now known as a transit point for smuggled goods and migrants from further south, and is believed to host religious extremists. As a result, social tension in Ubari has increased. This photo was taken during a meeting where locals and non-nationals discussed joint development projects. Unfortunately, co-operation is hampered by security threats. 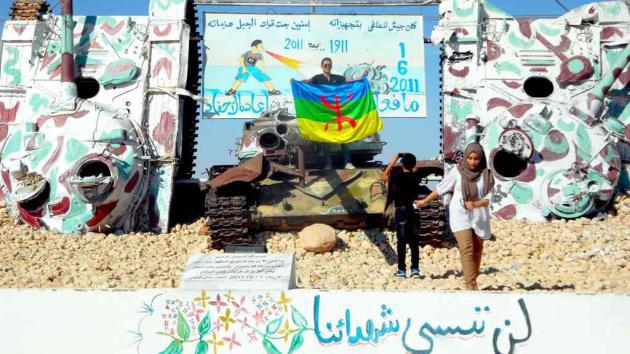 Although the Imazighen (singular: Amazigh, also known as Berbers) are a minority in Libya, their culture is deeply rooted here. Under Gaddafi, these original inhabitants of North Africa were barred from speaking their language, Tamazight, in public. The memorial in this photo is a reminder of the important role played by rebels from the Nafusa Mountains in the 2011 uprising. The flag celebrates their new-found freedom and on-going struggle for cultural recognition and political representation. 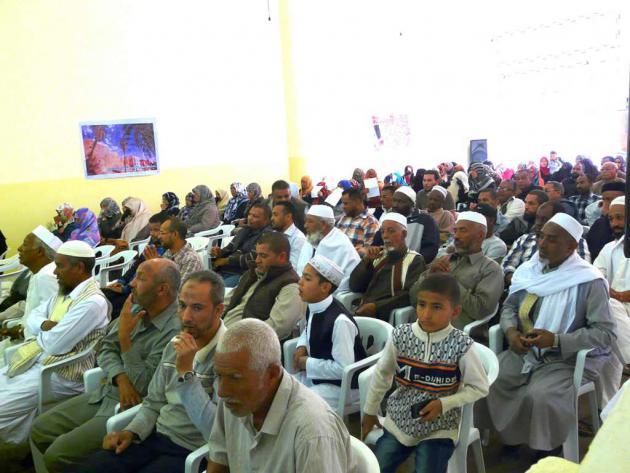 The oasis of Ghadames – with its labyrinthine old city and whitewashed mud-brick buildings – is the pride of its inhabitants. Despite being ethnically mixed (Imazighen, Arabs and Tuareg), the townspeople have a strong local identity. Shown here is a ceremony in November 2013 at which an award for the best-maintained traditional house was presented. Once an outdoor museum for desert travellers, the town is now considered dangerous owing to its location on the borders of Tunisia and Algeria. 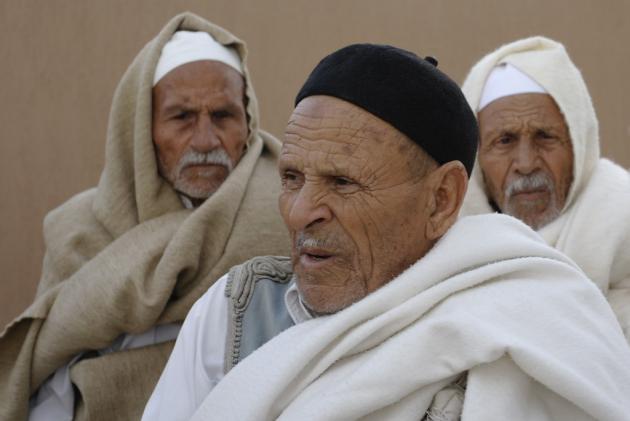 "From God we came and to him we shall return. Arabs, Imazighen, Tebu – we are all brothers". Tribal elders play an important role in Libyan society as they can mediate in inter-tribal disputes and negotiate peace agreements. Increasingly, however, their intervention is coming too late as the logic of war takes hold among the heavily armed young combatants. 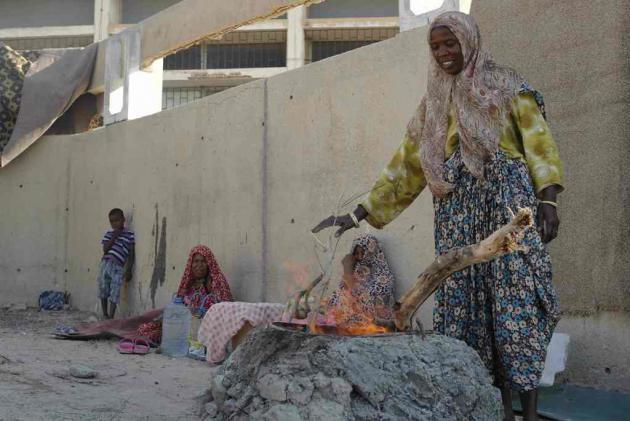 These women are making bread in a traditional "tanoura" oven; not in a village but an abandoned marine academy on the outskirts of the capital. The Tawargha were chased out of their hometown at the end of the 2011 uprising. Over three years on, roughly 30,000 people are still being prevented from returning home. In the neighbouring city of Misrata, the horrors of the war, in which many Tawargha fought on the side of the Gaddafi regime, remain in the collective memory. 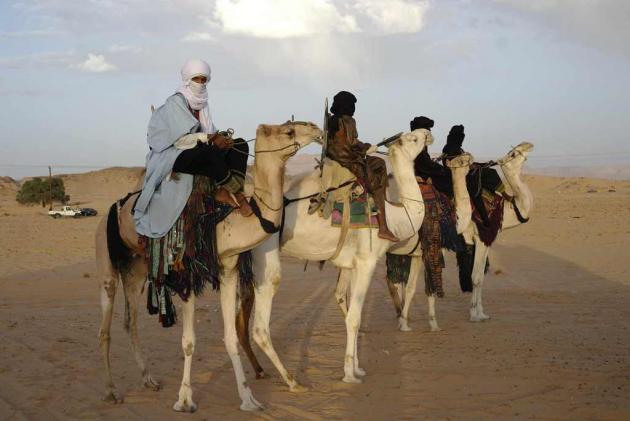 Strangers and yet part of the nation: of the same descent as the Imazighen (Berbers), the Tuareg lead a relatively secluded life in the "Fezzan" or south-western Libya. Owing to their formerly nomadic lifestyle and blood relations beyond the border to Algeria as far as West Africa, many fellow Libyans are suspicious of the "desert people". Gaddafi exacerbated these tensions by using the Tuaregs' loyalty to bolster his regime. 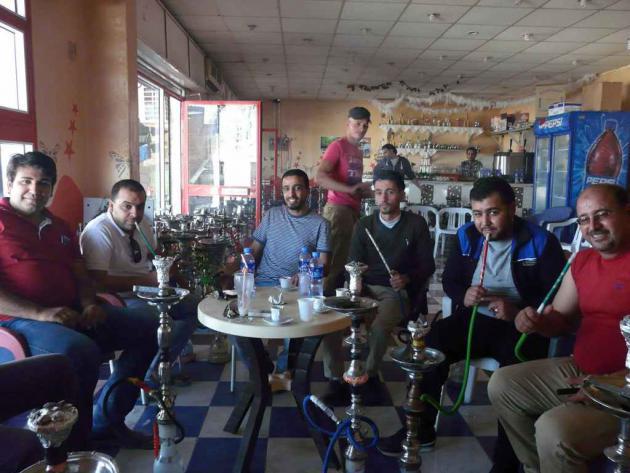 "We are all federalists". In this strongly tribal town located near the border to Egypt, inhabitants would like to see greater autonomy for Libya's eastern region, the Cyrenaica, or "Barqa" as locals say. Known internationally for having been the scene of decisive battles during World War II, Tobruk has a German war memorial, among others. Today, Tobruk is considered a rare haven of peace in Libya – one of the reasons why the new Libyan parliament is temporarily based here. 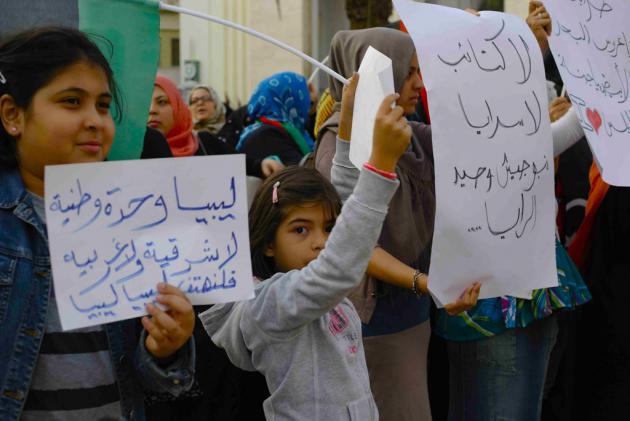 "Libya national unity, no East, no West…" The call for unity (left in the picture) slowly fades as divisive forces tear the country apart. Just what kind of Libya these children will inherit depends on the outcome of the current power struggle. 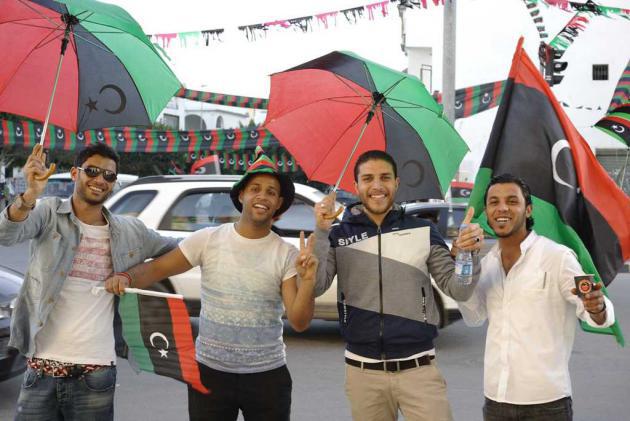 A light moment as Libyans celebrate the third anniversary of their revolution. This is the Tripoli I would like to remember: hospitable inhabitants, curious young people and the little pleasures of daily life, such as the delicious Italian-style coffee.

END_OF_DOCUMENT_TOKEN_TO_BE_REPLACED
Social media
and networks
Subscribe to our
newsletter