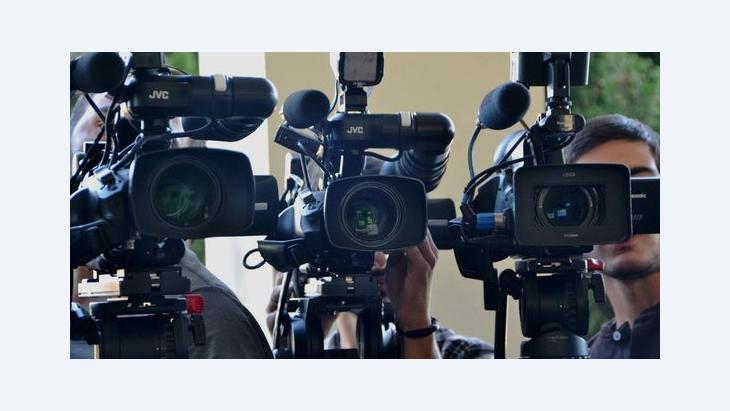 ﻿Reports by Western media on the violent protests in the Muslim world against the film "The Innocence of Muslims" have delivered a one-sided and over-simplified picture of the Muslims and the complex reality in which they live. By Hoda Salah

Since the start of the protests against the provocative and blasphemous film about Muhammad, I have often been contacted by European media as an "expert with Arab or Muslim background". In interviews, the first question usually is, "Ms Salah, why are the Muslims storming Western embassies?" or "Why are the Muslims so angry with the West?"

This kind of question reveals a worrying phenomenon: it suggests that many Western opinion-formers are subject to the same ways of thinking as the radical Islamists and Salafists who are responsible for the violence and for the attacks on the Western institutions. They probably don't mean to be.

All the same, this does not alter the fact that reporting by Western mainstream media on the protests against the film which have taken place in many Muslim-influenced countries has drawn a one-sided and over-simplified picture of the Muslims and the complex reality of their lives. Above all, many reports have made out that radical and violent Islamists are the same as Muslims in general.

The media here in Europe present Islam as is it were one single irrational, aggressive entity. This short-sighted view has little in common with the varieties of Muslim faith, with their supporters, languages, population groups and cultures. 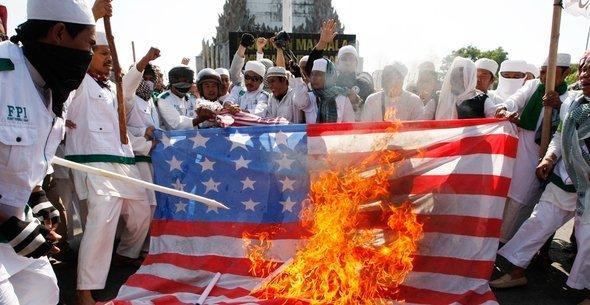 The Western media have a one-sided focus on radical minorities. The political scientist Hoda Salah says they often ignore the fact that the large majority of Muslims rejects this violence and does not take part in "mass demonstrations"

This is the same as the radical Islamists do on the other side. These Muslim bigots also see "The West" as a single cultural and political entity which is united in despising Islam and treating it with disrespect.

In addition, radical Islamists can't (or won't) distinguish between the various Western states, governments, peoples and the fundamentalist film-makers. Both the Western mainstream media and the radical Islamists generalise where they should differentiate – and thus contribute towards the escalation.

Unfortunately, the German public television channels ARD and ZDF are no exception. The main German news bulletin on 14. September captioned the attacks on Western embassies with the words: "Muslims storm US embassies". The main Swiss television news announced that "Muslim anger now knows no bounds". The headlines in the print media across the board were similar.

Generalisation and a lack of context

Just imagine what the reaction would be if international media refused to distinguish in their reporting on attacks against foreigners in Germany between violent right-wing extremists and the German population in general! What would the response here be if foreign newspapers carried headlines like "Germans storm refugee hostels"? 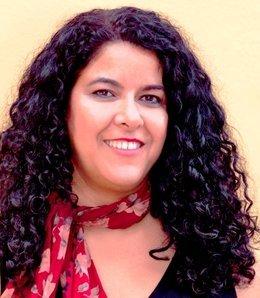 Hoda Salah: "One-sided coverage by the media and their focus on events in the Muslim world, as well as their concentration on the religious factor, produce a distorted picture of reality and promote the Islamisation of the Muslims"

​​Describing the perpetrators as "the Muslims" is not only incorrect, it is also far from reality. Such a description overlooks the fact that the large majority of Muslims has spoken out clearly against such acts of violence, and that most Muslims were not involved in such "mass demonstrations".

And with regard to the term "mass demonstration": what do 3,000 demonstrators in a city of 20 million like Cairo amount to? Do they represent a majority of the country's Muslims? The reports often demonstrate no sense of proportion.

One-sided coverage by the media and their focus on the events in the Muslim world, as well as their concentration on the religious factor, produce a distorted picture of reality, and promote the Islamisation of the Muslims. And that leads to the danger that, because of their lack of critical reflection on events, media can act as a sounding board for anti-Muslim feelings.

Aside from this one-dimensional view of Muslims, the media's failure to communicate the context of events is the biggest problem in the picture they present. Any serious reporting must take account of political factors such as the current weakness of the state in post-revolutionary Arab countries like Libya and Egypt if one is to present the events clearly and objectively.

But the Western mainstream media reduce the complexity of Muslim and Arab society and the variety of their people to their religious identity. They ignore the global, economic and political causes of the alarming outbreaks of violence in the region.

Journalists who have spoken to me have usually ended the interview by asking questions like, "Ms Salah, how can we describe you? Are you Muslim or Christian?" That annoys me, and I always answer, "Would you ask such a question of a German political scientist?"

I refuse to play this media game. I wish to be known firstly as a "strong Muslim woman", and secondly as an "enlightened Muslim" who rejects violence on principle.

Such black-and-white images damage the multiculturalism and richness of people with so-called multiple identities, to whom the media deliberately only allow one identity – that of the Muslim!

The German-Egyptian political scientist Hoda Salah teaches at the Free University and the Otto Suhr Institute in Berlin. She works as a political adviser in Germany and Egypt, and is active in Amnesty International and the Arab Women's Solidarity Association. She lives in Berlin and Cairo.

Home
Print
Newsletter
More on this topic
Anti-Islam Film ''Innocence of Muslims'': Social Values, Not religion, at the Heart of ProtestsAnti-Islamic Film Riots: A Culture of Religious FanaticismProtests across the Muslim World: The West Will Have to Readjust Its Focus
Related Topics
Arab Spring, Arabellion, Islam and the West, Islam in Europe, Media dialogue, Muslims in the West, Salafis | Salafism
All Topics

Since President Abdul Fattah al-Sisi seized power in Egypt in 2013, he has ruled the country with an iron fist. Civil society, opposition and free press struggle to survive. Tens ... END_OF_DOCUMENT_TOKEN_TO_BE_REPLACED

The lack of grain supplies from Ukraine is forcing Egypt to act. Now even the Toshka project is being revived to grow grain in the desert. Birgit Svensson travelled to see it END_OF_DOCUMENT_TOKEN_TO_BE_REPLACED

In this unusually beautiful book of images and text, published in German and Arabic, artist Marianne Manda presents her own unique take on the megacity of Cairo. In over fifty ... END_OF_DOCUMENT_TOKEN_TO_BE_REPLACED

A stage, lights, a mesmerised audience: it looks like an Egyptian folkloric concert, but Umm Sameh is singing to heal the sick by driving out the demons that possess them END_OF_DOCUMENT_TOKEN_TO_BE_REPLACED

Comments for this article: Against the Islamisation of Muslims

I don't understand. Hoda Salah says she doesn't want to be called Muslim and be referred to as Muslim all the time, then she says, "I'm a Muslim woman", and "I'm an enlightened Muslim". I thought she was trying to get away from that 'tag', then she confirms it. She has to make up her mind.

Ah, it's the typical "Don't stigmatize us/me" tune - boy, have I heard that song before. Of course western media write up Muslim fury - because IT IS Muslim fury. And of course not ALL Muslims are crazy because of that but those who ran amuck DID run amuck. It's a bit pathetic to decry the lack of differentiation of western media - because, after all: people were killed by religious madmen. Why doesn't she criticize religious fanaticism? Like I said, it's quite pathetic and self-pitying. If you really are "enlightened", then please talk about this culture of fanaticism instead of pittying yourself.

Instead of blaming western media, Mrs. Saleh should talk about Muslim furor and violence. I'm surprised a balanced media outlet like quantara published a low-qualitiy piece such as this one.

Hoda Salah is right - the West is using this event to portray Muslims as radicals, and the media is making no exception. They don't care that it was only a supersmall minority that was rioting.

All those folks ever do is burning flags, always hooded-no women to be seen and my dear strong Muslim women try to express your enlightened vision in Saudi Arabia, Yemen, Pakistan and all those hell holes on earth!
I would like to believe in peacefull mutual respected coexistance- I have been to totalitarian religous ruled countries because of work-- no mam-a barbaric society! no future ...............

This article is the definition of a "contradiction".

I saw what was announced to be fragments of this movie but could as well be the entire work. Surely if the maker got bankrolled for the amount stated -4 million dollars- then the sponsors got ripped. The technical quality of the interior scenes was a total failure. As for the exterior scenes -with Muslim cavalry- you saw clearly vehicle tracks in the sand!!!
I do not understand how honest Muslims can react to this with anything than a burst of laughter.

~ IT WOULD BE LOVELY TO SEE & HEAR MUSLIMS IN THE MEDIA & THE PUBLIC EYE VOICING THEIR OPIONS! The non-muslims in the west want to hear from us. They seek confirmation that not everyone of us if seething full of hatred & racism. SPEAK UP!

First of all, I believe no Muslims dare to reveal why Islamic is becoming majority extremist or terrorist claim? Of course some might think that is personal unique case, but when more and more happen, the lesson shall has hidden taught that encourage people to use the extreme way...

Secondly, why I never ever heard any Muslim leaders to stand up and against the terrorist? Even them use the name of Allah to kill, or it is acceptable to use violence? I don't believe any religion will ever teach people to kill, what is the base line of religion... suicide them-self or forgiven to the enemy.

END_OF_DOCUMENT_TOKEN_TO_BE_REPLACED
Social media
and networks
Subscribe to our
newsletter