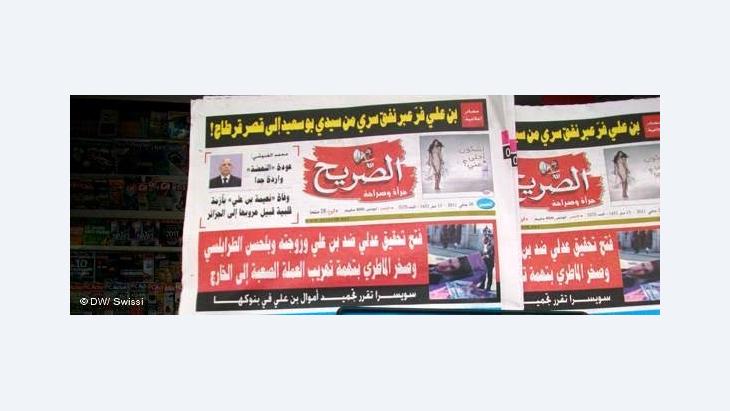 The Media in Tunisia after the Revolution

Transparency Is the Order of the Day

Riadh Ferjani says that changes in Tunisia's media landscape look more like a consequence of power balance between the different clans in the current government than a nascent process towards a democratic media system. An interview by Judith Pies

Riadh Ferjani: In general, the most important fact to note is the maintenance of the pre-revolutionary media landscape: No new TV station has been allowed. Just as no daily newspaper has emerged. New titles are edited by political parties and appear as weeklies, most of which incorporate the standard of the tabloid press. After a 9-days hunger strike by Radio Kalima's manager, Omar Mistiri, twelve regional radios out of 74 candidates were finally selected in late June by the National Authority for Information and Communication Reform (INRIC), a temporary media advisory board. Now, the selected radios are waiting for the governmental permission.

At the institutional level, the disappearance of the Communication Ministry has not lead to more media autonomy. Pre-revolutionary media managers are mainly the same: CEOs, Editors and Chairmen of Board moved from flattery of the ousted president and his system to a doubtful celebration of the "revolution".

In the state-owned media, the turnover of managers is conducted without any transparency just like under the dictatorship. Changes look more like a consequence of power balance between the different clans in the current government than a nascent process towards a democratic media system.

Protests for freedom of the press: "In the public sphere, the political debate hides the need to discuss reforms of the media sector." According to Ferjani, the media reform, like the reform of the police and justice, is not considered a major issue in the democratic transition

Despite various collective and most often individual attempts by journalists to throw off the yoke of censorship practices and governmental instructions, the stranglehold of the old staff in different media did not allow new editorial guidelines to reconnect with field reporting, which was longtime banned from or depreciated in the official media.

What are the main topics concerning media accountability practices that should focused on in the coming months?

Ferjani: Actor transparency is one of the major stakes before the new assembly election in October 2011: The legal status of old private media, especially those belonging to the former president family, is still unclear. Some of them are under jurisdictional managers, but INRIC excluded them for the moment from any ethical obligations.

Hannibal TV, owned by a relative to Leila Trabelsi (the wife of ex-President Ben Ali, the editor), was involved in many ethical infringements to the Ethical Code like slandering or fake news, before and particularly after the revolution. Larbi Nasra, the Hanibal TV owner, seems to play a political role by receiving political leaders and airing many reports about his own charitable actions. Fethi Houidi, Information Minister under Ben Ali, is still Nessma TV's CEO. Moez Sinaoui, former Nessma PR man, was nominated as the Interim Prime Minister's spokesman. Both cases strongly illustrate the persisting conflict of interest between journalistic neutrality, political influence and economical power. 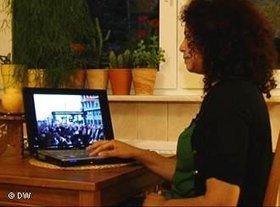 The fall of the sophisticated system of surveillance and censorship allowed a renewal of the blogosphere and news websites, Ferjani says – "but there is no significant shift in terms of production transparency and responsiveness"

​​The selection of twelve new radio stations was only short news in Tunisian media, echoing INRIC's press conference announcement and news from the official news agency, Tunis Afrique Press, without any information about the owners or the managers.

Are these problems perceived as important in the debate about Tunisia's future?

Ferjani: In the public sphere, the political debate – often over-heated – hides the need to discuss reforms of the media sector. Moreover, the media reform, like the reform of the police and justice, is not considered a major issue in the democratic transition. Right now, the debate about a media sector reform is polarized between the journalists – i.e. the journalists' syndicate SNJT and some individual initiatives – and the government. Strangely, the question of the journalists' "responsibility" is debated in the same words as before the revolution. The issue normally comes up when the story of journalists differs from the official version, especially when police and army are concerned.

Are there any discussions and plans about institutionalizing media accountability practices, like installing an independent media council or reviewing codes of ethics?

Ferjani: Media are still governed by repressive laws inherited from the past while new laws remain disconnected with the demands of democratic transition: The extent of media sector reform requires a regulatory body with power. But the new law from February 2011, which regulates the establishment and function of the INRIC, is reminiscent of the one that established the High Council of Communication, the advisory body of the former president Ben Ali. There are "private" discussions between INRIC and the High Council of Political Reforms to propose new laws to regulate the media sector before the parliamentary elections. These discussions neither go along with public hearings nor are they reported by the media.

In the Press Institute, the unique academic institution for teaching journalism, a tiny reform was decided in April on a two-days meeting. None of the professional bodies or NGOs engaged in the fight for freedom of expression was involved in this reform. 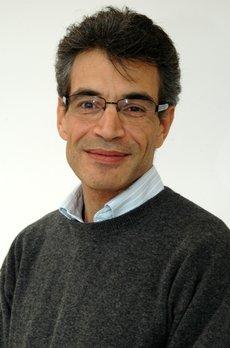 "It is difficult to criticize media in the media": Tunisian media analyst Riadh Ferjani is currently conducting research for the EU-sponsored comparative research project 'MediaAcT'

​​In May, the newly elected bureau of the journalists' syndicate promised to establish a black list of journalists who infringed the ethical code during the Ben Ali era. On the other side, the government is still dumb to many calls to open the archives of the Tunisian Agency of External Communication, ATCE, that had managed the propaganda system outside of, but also inside Tunisia for the last 20 years.

Which role does the Internet play in fostering media accountability in this post-revolutionary phase?

Ferjani: The fall of the sophisticated system of surveillance and censorship allowed a renewal of the blogosphere and news websites. Even the traditional media are trying to make their websites interactive or to create their electronic versions.

Nevertheless, there is no significant shift in terms of production transparency and responsiveness. Critical articles about media often look more like reckoning between journalists than attempts to make media more accountable. In addition, the authoritarian temptation came back with the decision of the military court to ban four websites which were accused of offending the army. Furthermore, the Tunis court followed the request of two conservative lawyers and ordered the Tunisian Internet Agency, ATI, to censor adult websites. Cyber-activists' circles interpreted this decision as an infringement to individual freedom and a return to state control.

How did the revolution change your own perspective on your research of media accountability?

Ferjani: The observation of the media field since January 14 has highlighted the persisting need to hold the media accountable.But there are three main difficulties to advocate for this purpose: the powerful pre-revolutionary system, the journalists being pre-occupied with their new freedoms and conditions and the difficulty to criticize media in the media.

Riadh Ferjani is a senior lecturer at the Centre d'Analyse et de Recherches Interdisciplinaire sur les Medias. He is also associate professor at the University of Manouba-Tunis. Among his publications are articles and books on the economic conditions of television in Tunisia, the relationship between religion and television in the Arab World, and the social impact of mass media and Information and communication technologies in the Arab world.

Home
Print
Newsletter
More on this topic
Tunisian Society after the Jasmine Revolution: Between Optimism and ConfusionInterview with Ralf Melzer: ''Tunisia's Reform Process Is On Track''
Related Topics
Arab Spring, Arabellion, Media in the Arab World, Tunisian Revolution
All Topics

Arab women played a leading role in the protest movement of 2011. Since then, ongoing social transformation has had a considerable impact on their lives. What is their assessment ... END_OF_DOCUMENT_TOKEN_TO_BE_REPLACED

Recep Tayyip Erdogan, disappointed by the European Union’s reluctance to integrate Turkey into its ranks, has re-directed his country’s diplomacy toward the Maghreb and Africa to ... END_OF_DOCUMENT_TOKEN_TO_BE_REPLACED

The rollout of coronavirus vaccines in the Middle East and North Africa is already taking place on a massive scale, with the United Arab Emirates leading the way. Nevertheless, ... END_OF_DOCUMENT_TOKEN_TO_BE_REPLACED

Tunisia has launched a successful transition to democracy, but difficult economic and social times lie ahead. According to political scientist Said AlDailami, Europe should focus ... END_OF_DOCUMENT_TOKEN_TO_BE_REPLACED

Mass protests began in Egypt on 25 January 2011. They triggered the overthrow of long-time ruler Mubarak. Ten years later, many human rights activists and journalists are in ... END_OF_DOCUMENT_TOKEN_TO_BE_REPLACED

END_OF_DOCUMENT_TOKEN_TO_BE_REPLACED
Social media
and networks
Subscribe to our
newsletter