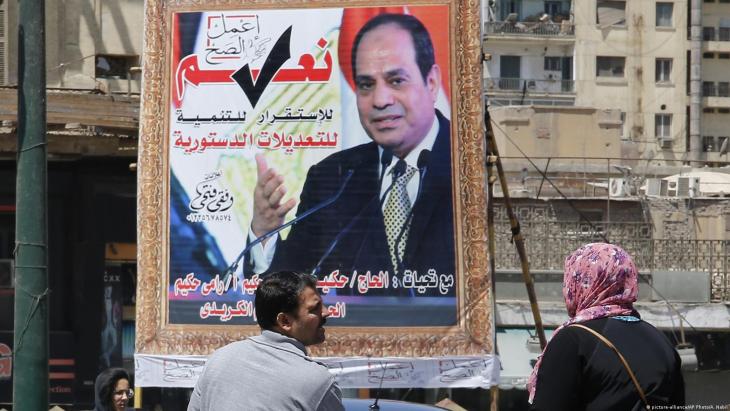 Die Achse des Scheiterns (lit. the 'axis of failure') is an all-around attack displaying remarkable inner logic. The book offers an unrestrained take-down of incompetent rulers from Morocco to Iraq, some of whom have been in power for decades, with their corruption, clientelism, unbridled hunger for power and inhumane, exploitative treatment of their own people.

The result is surprisingly refreshing, especially when one considers the professional background of the author, Rainer Hermann. Born in 1956, a multilingual (including Arabic) Islamic scholar and economist, Hermann works as a political editor for the FAZ, section: Turkey and the Middle East. Readers of the German daily are accustomed to a different tone, however: a bourgeois balanced style, politically correct wherever possible – Die Achse des Scheiterns, by contrast, is bluntly no nonsense.

"Pharaonic generals" on the Nile

Take Egypt, for example, which receives the author's full attention: the post-monarchical heads of state from 1952 onwards – Gamal Abdel Nasser, Anwar El-Sadat, Hosni Mubarak and especially the currently incumbent Abdul Fattah al-Sisi – are referred to by Hermann as "pharaonic generals”. Quote: "Under Sisi, Egypt has evolved into a police state; thanks to a constitutional amendment, he can now remain in office until at least 2030".

The author describes the young people in Egypt, who make up the majority of the country’s 102- 103 million population, as the "prison generation". Rainer Hermann accuses French President Emmanuel Macron of having awarded Sisi the highest order of the Republic (La Medaille de Grand-Croix de la Légion d'honneur) during his state visit to Paris. For what services? You may well ask. 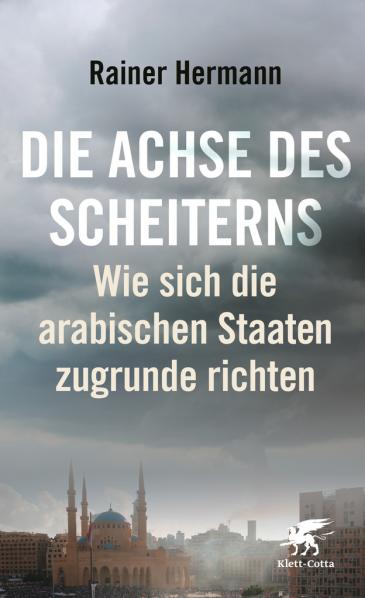 "Die Achse des Scheiterns" is an all-around attack displaying remarkable inner logic. The book offers an unrestrained take-down of the incompetent rulers from Morocco to Iraq, who have been in power for decades, with their corruption, clientelism, unbridled hunger for power and inhumane, exploitative treatment of their own people

The Arab winter and spring revolts of 2010/2011, whether they took place openly or covertly, ended in dead ends, apart from Tunisia, which – so far – has been able to preserve its painfully won democratic structures.

Perhaps Morocco, too, will eventually manage to break out of its post-colonial, monarchical absolutism. Perhaps King Mohammed VI is a better "democrat" than the reputation that preceded him suggested. We will likely know more about this in the not-too-distant future.

In Algeria, the largest country of the former French Maghreb, both geographically (2.38 million square kilometres) and demographically (43.8 million inhabitants), which also boasts the most economic potential (oil and natural gas, unfortunately in the wrong hands!), there needs to be complete change in direction if the people are to enjoy a better future.

Yet the situation is worst in Libya, Yemen, and the "fertile crescent" (Syria, Lebanon, Iraq). Indeed, these countries no longer exist in the form they did a few years ago.

They are increasingly disintegrating into ethnically or religiously coloured "districts", where highly criminal warlords are in charge and foreign powers (Turkey, Iran, Russia, but also the USA) are (or have been) waging petty murderous proxy wars and driving millions of people to flee in the direction of Europe.

This means total chaos for everyone, including "us", even if we believe that Europe is only marginally affected by these events. In reality, we are all sitting on a massive volcano that could explode – or implode – at any time.

Coolly and objectively, Hermann analyses the perversities that have erupted between North Africa, the Middle East and "us". Ironically, all this has nothing to do with the "historical" Middle East conflict between Israel and the Arab world. Anyone more intimately acquainted with the Maghreb and the Middle East will recognise the "Arab failure" as presented by Rainer Hermann. Any rays of hope on the horizon? Few, if any.

You won't, however, find Die Achse des Scheiterns at Lehnert & Landrock, Cairo's long-established German bookshop dating back to the 19th century. What you will find is Hitler's Mein Kampf (Arabic: 'kifahi') being sold in Arabic translation – some better, some worse – by hawkers in downtown Cairo.

It is possible to write about the Holocaust and the crimes of colonial powers without downplaying anything. In her latest book, Charlotte Wiedemann focuses on the numerous blind ... END_OF_DOCUMENT_TOKEN_TO_BE_REPLACED

For the first time since 1989, Algeria‘s authoritarian regime has sent a military parade marching through Algiers. A formidable show of strength designed to impress rival regional ... END_OF_DOCUMENT_TOKEN_TO_BE_REPLACED

Algeria‘s regime is again cracking down on anti-fracking activists and the unemployed in the country‘s south. Yet EU countries remain keen to scale up their energy cooperation ... END_OF_DOCUMENT_TOKEN_TO_BE_REPLACED

Algeria's decision to unilaterally sever diplomatic ties with Morocco in August 2021 – days after the presidency announced in a statement their relations would be reviewed – was ... END_OF_DOCUMENT_TOKEN_TO_BE_REPLACED

Madrid's about-face on the Western Sahara conflict has enraged Algeria. Trade relations have been frozen unilaterally and a cut in gas supplies to Europe could be in the pipeline ... END_OF_DOCUMENT_TOKEN_TO_BE_REPLACED
Author:
Wolfgang Freund
Date:
Mail:
Send via mail

END_OF_DOCUMENT_TOKEN_TO_BE_REPLACED
Social media
and networks
Subscribe to our
newsletter