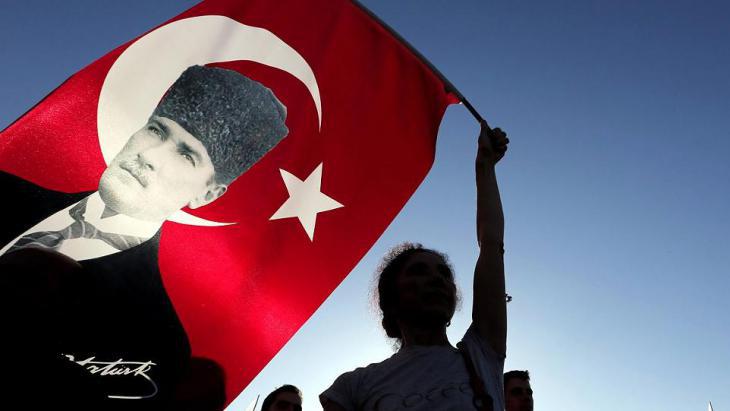 The historian Stefan Ihrig's new book reveals the fascination that Kemal Ataturk, the founder of modern Turkey, held for Hitler and the National Socialists. Ihrig's book has caused a stir in the Turkish press. By Joseph Croitoru

Historical research into the Nazi era rarely throws up many surprises any more. German historian Stefan Ihrig, however, is an exception to this rule. By studying long-published sources, he has uncovered the fascination that Ataturk's modern Turkey held for the German far right, which has been seriously underestimated until now and which set an example for Hitler and the National Socialists.

From a right-wing viewpoint, what Ataturk had achieved was an unattainable goal for Weimar-era Germany. Using force of arms, he had managed to reverse the Treaty of Sevres, which had been forced on his country by the Entente in 1920, and which set out the dissolution of the Ottoman Empire and a division of Turkish territory among foreign powers.

The Turkish War of Independence led by Ataturk ended with the Lausanne peace treaty of 1923, which is where modern Turkey's borders originated. In the German press, particularly in right-wing publications, Turkey quickly became the number one foreign policy topic. Hundreds of articles appeared, expressing admiration for Ataturk's achievements, and the way in which he had united his people and successfully resisted the dictate of the victorious Western powers – to which, of course, Germany had also had to subject itself. 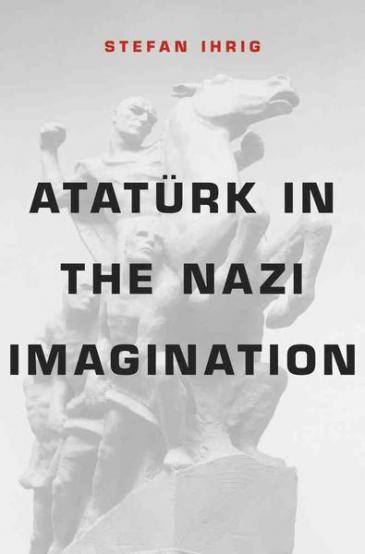 According to Stefan Ihrig, the National Socialists were fascinated by Ataturk's modern Turkey, a fact that has been seriously underestimated until now

The slogan about the "Turkish lesson" that the Germans had to learn did the rounds, with the National Socialists giving it a particularly militant form. The Nazi paper "Voelkischer Beobachter" lauded "heroic Turkey" and its "pioneering" role: one day, it said, the Germans would realise they had to use Turkish methods.

Stefan Ihrig suspects that Hitler was the author of this piece because shortly after these lines were published, the paper temporarily stopped addressing this topic, which coincided with the end of Hitler's activity as a contributing author.

But for Hitler and the National Socialists, Ataturk the "pioneer" became an increasingly influential role model. The topic dominated the pages of "Heimatland", the movement's second Munich-based mouthpiece, in the months leading up to the Beer Hall Putsch. Parallels were drawn between Turkey and the German situation.

German "liberation" was to start in Bavaria, in Munich. The paper's headline on 27 October 1923, just under two weeks before the putsch, was "Give us an Angora government!" – a direct reference to Ankara ("Angora"), Ataturk's starting base for his national revolution.

References to Turkey formed Hitler's main strategy in his courtroom defence against the charge of high treason. And although he only cited Mussolini as his third example of patriotism, after the Young Turks Enver Pasha und Ataturk, Ihrig claims that previous research has only really taken the Italian into consideration.

Although the Beer Hall Putsch rendered the "Ankara in Munich" option obsolete, what had happened in Turkey retained a prominent place in the right-wing press of the Weimar Republic.

Admittedly, once he was under the threat of legal action, Hitler himself was cautious about public comparisons with Ataturk, which could now be interpreted as a call to rebellion. But Ihrig still finds clear allusions to Hitler's glorification of Ataturk's campaign, in passages from "Mein Kampf" that seem to address the topic rather cryptically.

In a 1928 speech, and in the "Response to a preliminary investigation for high treason" from 1929, which he subsequently withdrew, Hitler once again made an analogy between the National Socialists and Mustafa Kemal's movement. 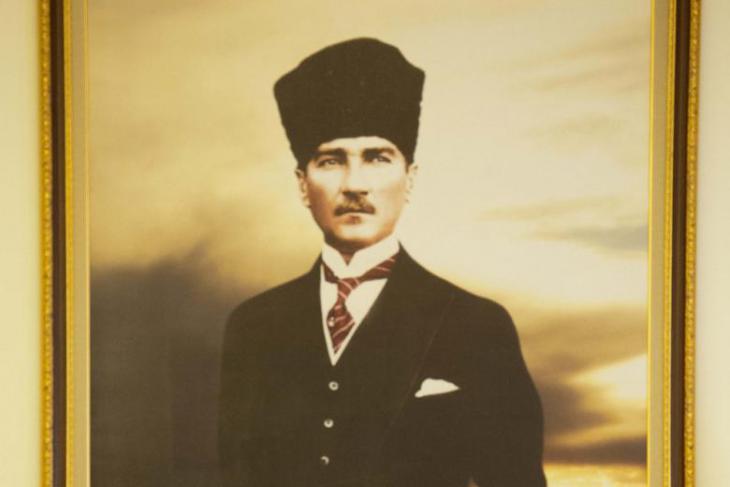 In an interview with the Turkish paper "Milliyet" in July 1933, Adolf Hitler expressed his admiration for Ataturk, who he said had been a "shining star" for him during his "period of struggle" in Munich

The new Turkey as an example

As soon as he had seized power, Hitler began to speak very clearly on this point. In an interview in July 1933 with the Turkish paper "Milliyet", which was widely reprinted in the German press, he expressed his admiration for Ataturk, who had been a "shining star" for him during his "period of struggle" in Munich.

From then on, the glorification of Ataturk, which the author proves using numerous examples from the state ceremonial of the Third Reich and the state-controlled press, became state doctrine, and everything to do with the new Turkey was held up as an example. This happened to such an extent that it made even some Nazi propagandists uncomfortable.

Ihrig says that the "ethnic cleansing" of Turkey – designed to abolish the old multi-ethnic Ottoman society – fascinated the Nazis in particular. According to Ihrig, Hitler hated the Armenians, of whose tragic fate he was aware, even more than the Jews. He also says that the parallels between the two groups are more than apparent. These parallels will be the focus of Ihrig's next book, which is due to be published this autumn. 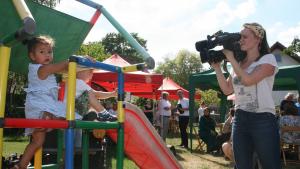 Despite early learning being linked to better chances in later life, Muslim parents in Germany are currently less likely to send their kids to kindergarten. A pioneering ... END_OF_DOCUMENT_TOKEN_TO_BE_REPLACED

Following the recent brutal attack on Salman Rushdie, famous writers have been reading passages from his works. Torsten Landsberg takes a look at the struggle in 1988 to publish " ... END_OF_DOCUMENT_TOKEN_TO_BE_REPLACED

Iranian artist Parastou Forouhar has lived in Germany since 1991. Full of rage, just like the protesters, she hasn't yet given up on the idea of justice. By Julia Hitz END_OF_DOCUMENT_TOKEN_TO_BE_REPLACED

Unflattering terms were used at a German Football Association human rights congress aimed at "intensifying the discussion" ahead of the World Cup. One speaker in particular made ... END_OF_DOCUMENT_TOKEN_TO_BE_REPLACED

Fariduddin Attar’s "The Conference of the Birds", one of the seminal works of Islamic mysticism, has recently been published in sumptuously illustrated German translation. It ... END_OF_DOCUMENT_TOKEN_TO_BE_REPLACED
Author:
Joseph Croitoru
Date:
Mail:
Send via mail

END_OF_DOCUMENT_TOKEN_TO_BE_REPLACED
Social media
and networks
Subscribe to our
newsletter