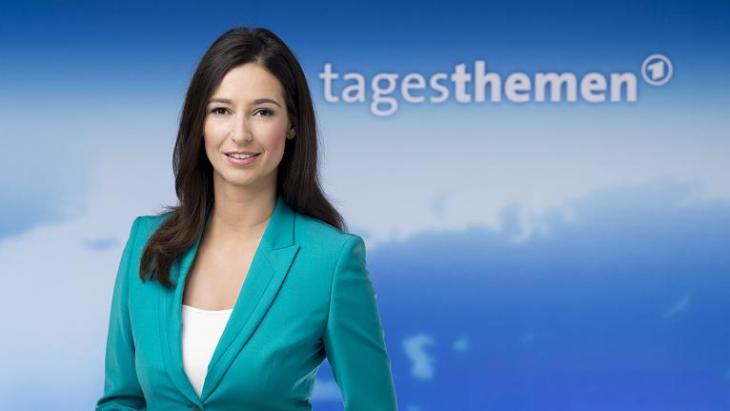 The new face of the nightly news: Pinar Atalay

Not just the token migrant

On 7 March 2014, Pinar Atalay hosted the ARD's nightly news programme "Tagesthemen" for the first time. This was a first in Germany because Atalay was born in Germany to Turkish parents. Together with Dunja Hayali, Pinar Atalay is one of the most experienced presenters with a "migrant background" on German television. By Shohreh Karimian

A month ago, 35-year-old Pinar Atalay succeeded Ingo Zamperoni at the helm of the ARD nightly news programme "Tagesthemen" (Issues of the Day). In addition to Caren Miosga and Thomas Roth, she will now work the late shift at the ARD, keeping viewers up to date.

Pinar Atalay is the daughter of Turkish immigrants and was born in the Westphalian town of Lemgo. After finishing school, she studied fashion design and worked in her mother's fashion shop for a year, before deciding to change career paths. She began a traineeship in radio and later began her journalistic career with a traineeship at the radio station Antenne Münster. In 2006, she made the jump to television and worked as a television presenter and journalist on various programmes. In 2009, she became a well-know face with the broadcaster NDR and, in 2010, she presented the late-night political talk show, the "Phoenix-Runde", on Tuesday and Thursday nights. The fact that she was able to serve up this programme's rather dry issues in an interesting way may well have contributed to her career leap.

"Anchor with a migrant background"

As the daughter of Turkish immigrants, Atalay has been referred to on numerous occasions as the "anchor with a migrant background". Only a few years ago, the German media industry ascertained that neither journalists nor news anchors reflected the diversity of German society, in which migrants play an ever-greater role. In response, more hosts and anchors with a migrant background were hired.

By now, however, Atalay is fed up of the constant references to her "migrant background". "In point of fact, I do not have a migrant background. I come from Lemgo […]. My parents came to Germany from Turkey in the 1970s. At any rate, all this fuss merely shows me that many people still do not find a biography such as mine normal," said Atalay in an interview with Spiegel-Online. 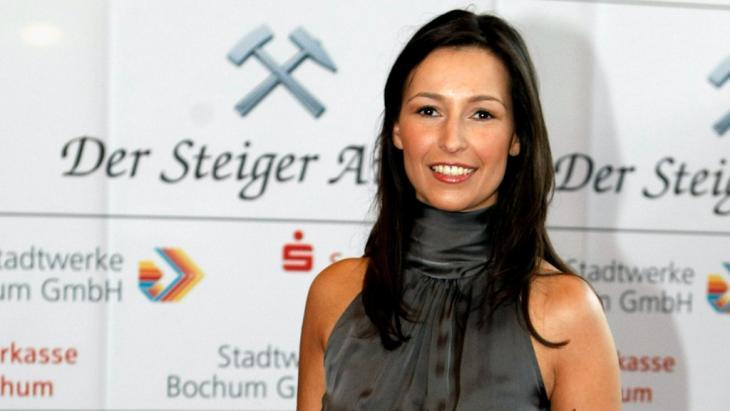 "Atalay is not just the ARD's token migrant, but rather a highly experienced news anchor, who has risen to one of the most prominent media jobs in Germany through hard work and dedication," writes Shohreh Karimian

This kind of stereotype still seems to be prevalent in certain parts of German society. Television hosts like Atalay are frequently told that they speak German very well. The situation is compounded by the fact that the Germans have different clichéd views about the countries from which migrants come; some are positive, while others tend to be negatively charged. "Germans tend to associate Italy with holidays and drinking coffee; we Turks are still associated with the image of the guest worker," explained Atalay.

Cultural diversity is reality in Germany

The fact that the ARD mentions neither Atalay's cultural background nor her family roots in her online CV shows that immigration is no longer such a big issue, at least for the editorial team.

It also shows that the public broadcaster is paving the way forward in Germany's multicultural society. As the first state broadcaster, ARD is available to the wider public in Germany. The presence of Atalay and Hayali on television screens helps to show that cultural diversity has long become reality in Germany and may even help to overcome certain prejudices.

Nonetheless, this is not a matter of meeting quotas or raising television ratings. Atalay is not just the ARD's token migrant, but rather a highly experienced news anchor, who has risen to one of the most prominent media jobs in Germany through hard work and dedication. In addition, as a German news presenter with Turkish roots, she represents the multicultural reality of modern-day Germany.

Translated from the Germany by John Bergeron

Since 2015 there has been a surge of interest in Syrian writing in German translation. In this series of interviews, writers, poets, publishers, and artists in Berlin talk about ... END_OF_DOCUMENT_TOKEN_TO_BE_REPLACED

Tents, mud and cold: refugees contend with miserable conditions in Bosnia & Herzegovina. With the European Union demanding that Bosnia accommodate the asylum-seekers, its ... END_OF_DOCUMENT_TOKEN_TO_BE_REPLACED

Last year was one of a kind. 2020 saw the rapid spread of the coronavirus pandemic, putting a stop to the hajj. Though peace in the Middle East remains a pipedream, there was ... END_OF_DOCUMENT_TOKEN_TO_BE_REPLACED

When news broke that a vaccine against COVID-19 developed by a Turkish-born couple in Germany had promising results, many media reports placed the ethnic background of these ... END_OF_DOCUMENT_TOKEN_TO_BE_REPLACED

A German IT company has started an academy to train Palestinians in software development. Despite the pandemic's challenges, it has managed to run its first boot camp in Ramallah ... END_OF_DOCUMENT_TOKEN_TO_BE_REPLACED

Shortly after the expression was coined and found its way into German discourse, the concept of a "welcoming culture" was already being targeted by Islamophobic circles – and was ... END_OF_DOCUMENT_TOKEN_TO_BE_REPLACED
Author:
Shohreh Karimian
Date:
Mail:
Send via mail

END_OF_DOCUMENT_TOKEN_TO_BE_REPLACED
Social media
and networks
Subscribe to our
newsletter