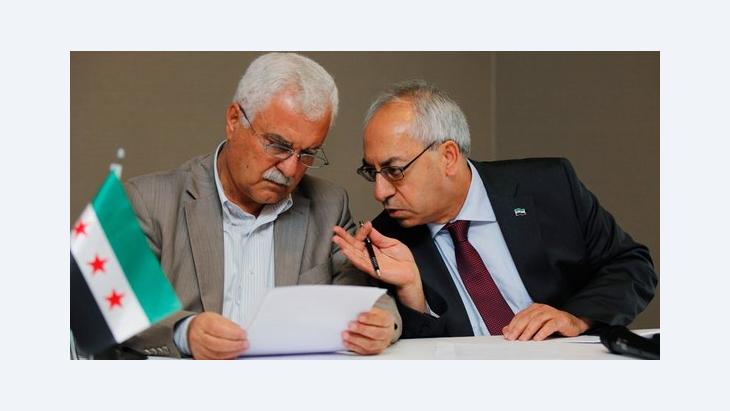 ﻿Syrian oppositionists must recognize that the lack of decisive international action is not only the result of Russia and China vetoing any meaningful action in the Security Council, or NATO countries' unwillingness to enter into another war in the region. A commentary by Volker Perthes

Syrian opposition activists regularly express disappointment with the level of international support that they receive. Although the last meeting of the so-called "Friends of Syria" (a group of countries that convenes periodically to discuss Syria's situation outside of the United Nations Security Council) brought more financial aid, the degree of genuine outside commitment to their cause remains questionable.

The United States, the European Union, Turkey, and most Arab countries agree that Syrian President Bashar al-Assad's regime is no longer legitimate. They have intensified sanctions against the government, and have provided different kinds of support to opposition groups. Some states have delivered automatic weapons, ammunition, and rocket-propelled grenades. But arms deliveries have dried up, and the rebels' pleas for anti-aircraft weapons remain unanswered.

Moreover, neither Syria's neighbours nor Western governments are willing to intervene militarily. 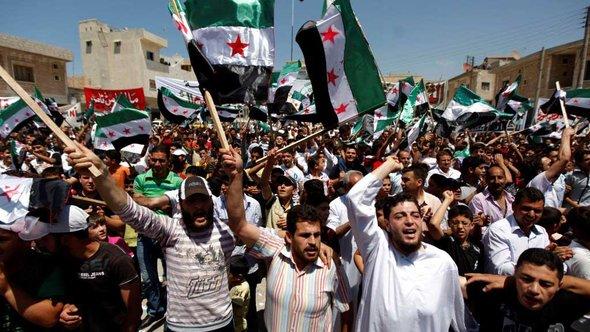 ​​Indeed, despite expressions of solidarity, they have refused to establish a protection zone for Syrian civilians along the border of neighbouring states, or to impose a no-fly zone for Syrian military aircraft. As a result, Syrian opposition groups believe that they have been left to confront Assad's brutal regime alone.

This entails forming a common platform that represents all relevant groups, including the Local Coordination Committees, the Syrian Revolution Coordinators Union, and the Free Syrian Army's military councils.

Progress, and the lack of inclusion

To be sure, the rebels have made some progress. They have created four regional military councils, which have helped to consolidate leadership and solidify their control over significant areas of the country, particularly near the Turkish border. 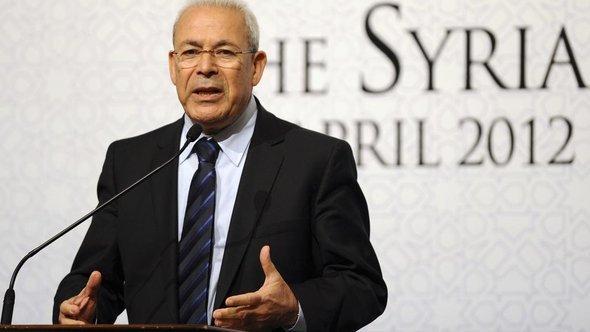 Divided opposition: The Syrian National Council includes many highly respected, influential figures and has managed to gain material support from several countries - but it is not inclusive enough to serve as the Syrian opposition's sole representative, Wolfgang Perthes argues. Pictured: Burhan Ghalioun, the SNC's former president

​​Yet the Syrian opposition has so far failed to present itself as a unified actor. This is astonishing, given that highly respected, influential figures and political parties have been speaking for the opposition at international gatherings.

The Syrian National Council (SNC), for example, includes many such figures, and has managed to gain material support from several countries. But it is not inclusive enough to serve as the Syrian opposition's sole representative. Attempts to enlarge the SNC have been unsuccessful, owing to reservations expressed by some important groups, such as the Democratic Forum, about joining an organization that relies on foreign sponsors.

The Syrian opposition needs to establish an umbrella organization accepted by all, including the de facto civilian and military leaders who have emerged locally over the last year and a half. These groups already share a common goal – to bring down Assad's regime – and most of them (with a few ultra-militant exceptions) hope to build a peaceful, inclusive, and democratic state.

Influential opposition figures – such as former parliamentarian and political prisoner Riad Seif and the SNC's former leader, Burhan Ghalioun – have proposed promising strategies for forming such an umbrella organization. For example, a "group of wise persons" who do not seek political positions could oversee the creation of a provisional council that includes all relevant political groups and coalitions, the military councils, the business community, and religious leaders.

﻿A civilian and political revolution

But such plans have not been realized, owing to the absence of a cooperative culture. Given that Syrians were socialized in a deeply authoritarian system, even those who are fighting for a democratic system are inexperienced in the art of coalition building. 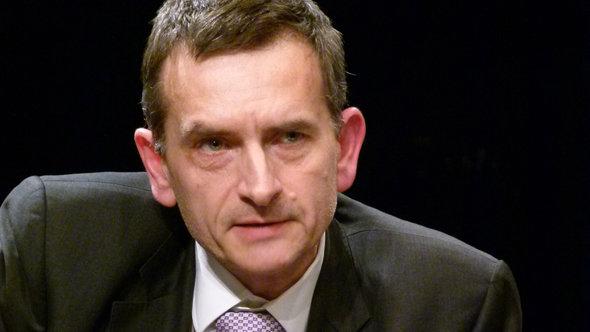 "Syria's opposition leaders do not need to sweep their political differences under the rug in order to gain the international community's support." - Volker Perthes, Chairman and Director of Stiftung Wissenschaft und Politik, the German Institute for International and Security Affairs, Berlin

​​Also, potential politicians have never been able really to measure their popularity in democratic contests. As a result, not a few of them overestimate their actual influence and tend to compete for leadership rather than cooperate.

Syria's opposition leaders do not need to sweep their political differences under the rug in order to gain the international community's support. They simply need to create a common body that all relevant groups on the ground can accept, as the Libyan opposition did when it set up the National Transitional Council.

After that, they should establish a legitimate authority inside Syria that can administer liberated areas, distribute aid, and provide services to civilians. Such a transitional authority could call upon the international community for needed support more easily than an exiled rebel group could.

The Syrian revolution is essentially a civilian and political rebellion against dictatorship – one that is gradually unravelling Assad's regime. The opposition must begin to lay the groundwork for a new order based on unity and cooperation. Otherwise, smaller groups of armed militants – supported, or even manipulated, by external actors – will dictate Syria's future.

Home
Print
Newsletter
More on this topic
Volker Perthes on the Arab Spring: The Rebellion of the YoungHezbollah and the Uprising in Syria: Can the ''Party of God'' Weather the Arab Spring?Interview with Malek Jandali: ''We are witnessing the fall of humanity''
Related Topics
Arab Spring, Arabellion, Assad regime, Democracy and civil society, European Union (EU), Syrian Civil War, Syrian opposition, U.S. policy in the Middle East, United Nations (UN)
All Topics

The Middle East is plagued by electronic armies working at the behest of one regime or another. Long used by those in power as a weapon in the fight against activists and ... END_OF_DOCUMENT_TOKEN_TO_BE_REPLACED

On Friday, Iranians head to the polls to elect a new president. What's at stake in this presidential election? Sanam Shantyaei explains. END_OF_DOCUMENT_TOKEN_TO_BE_REPLACED

For centuries, the great classical Persian author Hafez has inspired German writers. Translations, adaptions and homages have been created in his wake, and the process continues ... END_OF_DOCUMENT_TOKEN_TO_BE_REPLACED

In the run up to Iran’s presidential election, Supreme Leader Ayatollah Ali Khamenei has sought to entrench his power. Alex Vatanka asks whether a sharp slump in voter turnout ... END_OF_DOCUMENT_TOKEN_TO_BE_REPLACED

Turkey's parliamentary and presidential elections are scheduled for June 2023. But they are already casting a shadow. While the opposition is calling for early elections, ... END_OF_DOCUMENT_TOKEN_TO_BE_REPLACED
Author:
Volker Perthes
Date:
Mail:
Send via mail

END_OF_DOCUMENT_TOKEN_TO_BE_REPLACED
Social media
and networks
Subscribe to our
newsletter