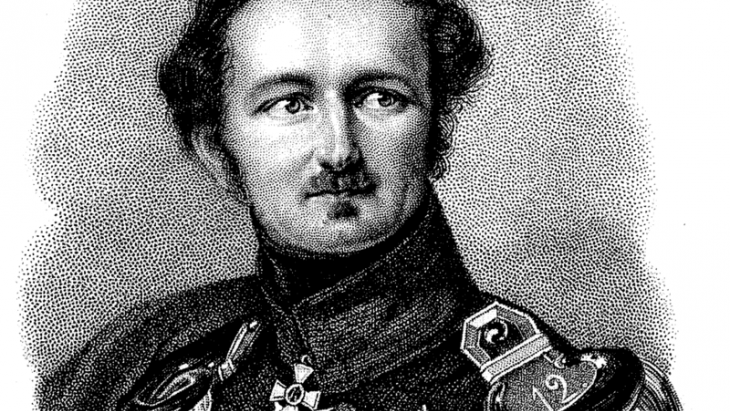 Prince Puckler was one of the principal landowners in 19th century Prussia. Yet, his passion for landscape gardening brought him to the brink of financial ruin. His literary career provided some monetary relief, especially his travelogues, which also led him on a journey to the Egypt of Muhammad Ali Pasha. By Christine Pfeilschifter

He had actually planned to journey to America next. But his trip was delayed by a duel in Paris, in which he was victorious, causing Prince Puckler to miss the departure of his ship. Instead, he chose to tour the Orient and spent close to four years in the Middle East.

The story could not have been more in accord with the biography of the occasionally eccentric Prussian nobleman Prince Hermann von Puckler-Muskau, who was already a legend in his own time.

Born in 1785 at Muskau Castle, Puckler was one of the principal landowners in the Prussian kingdom. He fought in the war of liberation against Napoleon and socialised with the personalities of his day, including Goethe and the Brentano siblings. His colourful personality was underscored by such exploits as riding to Berlin in a carriage pulled by four tame stags.

Prince Puckler's prominent position within Prussian society was due in no small part to his wife, Lucie von Hardenberg, the daughter of Karl August von Hardenberg, First Minister of Prussia.

Necessity is the mother of invention

The two were united by their love for landscaping and park design. After their wedding, they planned to build the most extraordinary park in Prussia around Muskau Castle. They were beset by constant financial problems and in order to realise their plan, the couple decided to legally dissolve their marriage in 1826 so that Prince Puckler might find a new, rich bride in England. 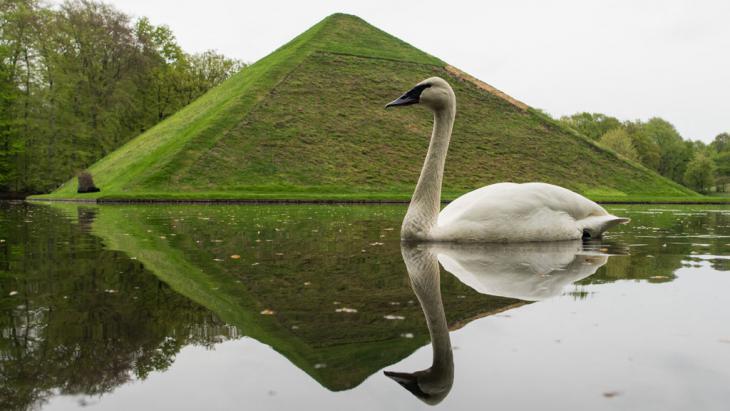 Whimsical burial pyramid at Branitz near Cottbus: the eccentric landscape gardener Hermann von Puckler-Muskau (1785-1871) had this pyramid – or tumulus – built to serve as his final resting place

The British, however, quickly saw through the prince′s scheme and his three-year search for a new wife came to nothing. Lucie Puckler found an escape from her financial plight by publishing the letters of her former husband under a pseudonym. In particular, the scathing commentaries on British society in his "Die Briefe eines Verstorbenen" (Posthumous Letters) were hugely popular in Germany.

Nonetheless, Lucie and Prince Hermann von Puckler-Muskau soon faced renewed financial difficulties. He once again took up travelling – this time to North Africa and the lands of the eastern Mediterranean. In 1835, his journey led him from Paris to Marseille, from whence he boarded a ship to Algiers. He then made his way through Tunisia to Egypt, a region that still nominally belonged to the Ottoman Empire. The influence of the central authorities in Constantinople, however, was increasingly on the wane in the empire′s peripheral regions, especially those in North Africa.

The regional rulers treated the Prussian nobleman as a guest of state, despite the purely private nature of his visit. In Tunisia, for example, the ruling Beys granted him the honour of visiting the Palace of Mohammedia, which was then under construction.

Upon arriving in Egypt, he even enjoyed a lively social exchange with Bogos Bey, Minister of Foreign Affairs under Muhammad Ali Pasha and subsequently with the ruler himself. In his writings, Puckler describes social conditions in Alexandria and Khahira, present-day Cairo, in a fragmentary manner, yet he still shows a certain propensity for detail.

He was particularly impressed by the Egyptian regional ruler Muhammad Ali Pasha, whom he time and again defended in his book "Egypt under Mehemet Ali". Puckler saw Egypt at the beginning of the 19th century as standing at the crossroads between the static Middle Ages and a new, enlightened future.

Not out of character for an enthusiastic landscape designer, he highlighted descriptions of scenery in his travelogues. Puckler felt that the factories and new polytechnic schools were just as much a part of Egypt's landscape as the antiquities of ancient Egypt and the peasants in the fields. 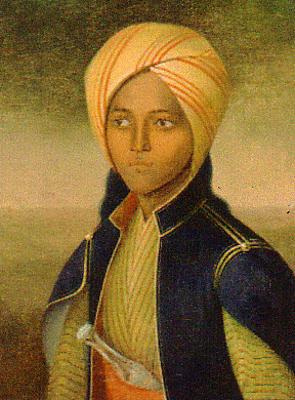 Slave turned mistress: if Machbuba was initially regarded by Puckler as an object of research – "a noble savage still untouched by civilisation" – in time she became his mistress and eventually accompanied him back to Prussia

Prince Puckler journeyed from Khahira along the Nile and visited the ancient Egyptian temple complexes along the river. Taking the Blue Nile, he finally reached Senna in Sudan from whence, after suffering a protracted bout of illness, he was forced to return home.

He was accompanied on his return voyage by a small entourage of servants, as well as a young girl who he had bought at a slave market. Machbuba, in all likelihood originally from Abyssinia, was only about 14 years old.

Prince Hermann Puckler conceded that it was not fitting for a free Prussian to own a slave. Almost as soon as the deal was struck, he informed Machbuba through an interpreter that she was free – a concept the young girl obviously could not fathom. Still, he did not hesitate to savagely punish her whenever she failed to obey him.

If Machbuba was initially regarded by Puckler as an object of research – "a noble savage still untouched by civilisation" – in time she became his mistress and eventually accompanied him back to Prussia. Machbuba died soon after she arrived in Germany and was buried in Muskau, where her grave is cared for to this day.

Following his return to Prussia in late 1839, Puckler published his travel diaries. The success of his books, however, only alleviated his financial difficulties for a short time. In 1845, he was forced to sell Muskau Castle and his beloved park. He moved to Branitz Palace, which also belonged to his family.

There he created a new park, featuring a lake at its centre with a small island: here beneath a grassy pyramid of his own design, he was laid to rest.

Home
Print
Newsletter
More on this topic
Qantara dossier: Travels in the OrientPierre Loti: Dreams of the OrientThe 100th Anniversary of Karl May's Death: Literary genius or man of legendary hubris?
Related Topics
Colonialism, History of the Near and Middle East, Islam and the West, Orientalism, Travels in the Orient
All Topics

Welcome to the world of Al Qasar, where Arabic music collides head-on with punk and psychedelic to create something powerful and beautiful. "Who Are We" is a raucous, subversive ... END_OF_DOCUMENT_TOKEN_TO_BE_REPLACED

Egyptian authorities have Mada Masr in their sights once again after critical reporting. But the editor of the country's last independent news source is adamant they will continue ... END_OF_DOCUMENT_TOKEN_TO_BE_REPLACED

Like Christianity, Europe's history is one of migration. Both have strong roots in the Orient and in cultures thousands of years old. Cultural historian Bernhard Braun invites us ... END_OF_DOCUMENT_TOKEN_TO_BE_REPLACED

When she ascended the throne, millions of Muslims still lived under British rule. Later, Elizabeth II appealed for tolerance in a multi-religious society. She was the first ... END_OF_DOCUMENT_TOKEN_TO_BE_REPLACED

END_OF_DOCUMENT_TOKEN_TO_BE_REPLACED
Social media
and networks
Subscribe to our
newsletter