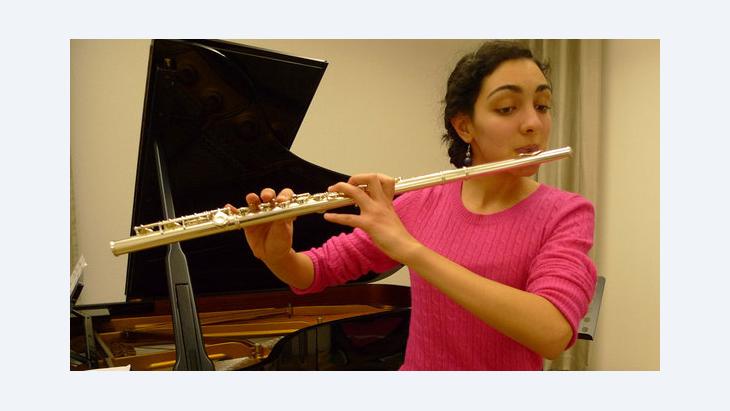 Bach in the West Bank

﻿A young Palestinian flutist, who grew up without any classical training, has won a place at a prestigious German music school thanks to her own perseverance, and teachers and friends who believed in her talent. Kate Hairsine reports

﻿Dressed in skinny blue jeans and a hot pink jumper, flutist Dalia Moukarker looks no different from other students in Germany. But the 20-year-old Palestinian, who prefers to go by the name of Sol, has an amazing journey behind her. Two months ago, she lived in Beit Jala in the West Bank. Now, despite her lack of classical music training, she has gained one of four places to study flute at the Karlsruhe University of Music.

"It is like a dream," she said as she unpacked her flute and took her notes out of her backpack. Six years ago, Moukarker didn't even know what a flute was. But that didn't stop her from signing up for free flute lessons at her school because she was so determined to play music.

Moukarker immediately fell in love with the sound of the instrument. And the flute allowed her to escape the brutal reality of life in the West Bank. "Music is something I can't live without," she explained."When the bombs fell, I hated life so much and I played flute 12 hours a day because I didn't want to be in the reality. It didn't matter what, I played until I just couldn't any more."

Living together with her parents and five brothers and sisters, at times Moukarker struggled to find a place to play. She often resorting to practising in the empty water tank on the roof. "It was a lot of echo but I enjoyed it," she said with a wry smile. 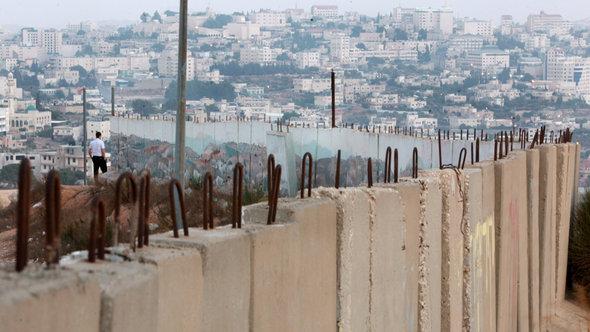 When Moukarker turned 18, she was no longer allowed to travel to Jerusalem on the other side of the wall. Undeterred, her teacher Raanan Eylon travelled to Beit Jala so Moukarker could continue her lessons

​​Moukarker also battled to find a regular flute teacher, a rare commodity in Palestine, which has little classical music tradition. After the lessons at her school were cancelled, she had some classes with European teachers working with the Barenboim-Said foundation.

She then found an Israeli teacher who was prepared to give her flute lessons for free. But when Moukarker turned 18, she was no longer allowed to travel to Jerusalem on the other side of the wall. Undeterred, her teacher Raanan Eylon travelled to Beit Jala so Moukarker could continue her lessons.

"I think he believed in me," Moukarker said when asked why her teacher made such an effort. "I was so happy to have the lessons and he was my only chance to continue."

The Israeli flute teacher isn't the only person who has helped Sol along the way. A year ago, a German woman who had previously given Sol flute lessons in the West Bank brought Sol to Germany to help her find a place to study.

It was during that visit that Sol first had a lesson with her current flute teacher, Renate Greiss-Armin, a professor at the Karlsruhe conservatory. "I saw Sol one year ago … and I was amazed because she played the first movement of a flute solo from Johann Sebastian Bach and i immediately knew that there was somebody who wanted to say something with his instrument," Greiss-Armin said in Karlsruhe. "One felt that this girl wants to speak, to sing, to express herself."

Reassured that she had what it took to potentially make it to music school, Moukarker returned back to Palestine and spent her time practising for the conservatory's entry exam. In the meantime, her German mentor (who wishes to remain anonymous) organized funding to pay for Moukarker's ticket back to Germany for the audition. 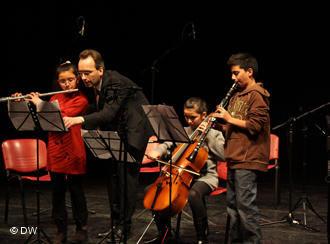 The Barenboim-Said foundation promotes the spirit of peace, dialogue and reconciliation, primarily through music. In this spirit, the history of the peaceful coexistence of different cultures over the centuries is a central feature

​​When Sol heard she had beaten almost 100 applicants to received one of only four places at the prestigious music school, she couldn't believe it. "We cried and laughed and shouted and ran and I called everyone and emailed everyone," she said, laughing at the memory. "It was crazy."

The university has organized for Moukarker to have a scholarship of 800 euros a month; otherwise it would be impossible for her to study here. And she still has to resit the ear-training test she failed in July. With her intermittent music study, she has never had to name chords and notes before.

Her favorite classes are currently flute class and music analysis, which she loves because it helps her understand "the roots of the piece". "I never had anything like this before," she said. "It is amazing."

As Sol picks up her flute again to practice, she explained that although she feels lucky to be in Germany, she doesn't plan on staying here. Despite the difficult political situation at home, she "loves Palestine" and plans to return. First though, she intends to learn as much about music as she can.

Political analyst Taqadum al-Khatib argues that Egypt can, in co-ordination with its European partners, develop a common vision to solve the complex conflict in Libya. For this to ... END_OF_DOCUMENT_TOKEN_TO_BE_REPLACED

At the suggestion of his Arab students, Israeli psychologist Ofer Grosbard created the project "Quranet", which uses texts from the Koran to solve educational problems in schools ... END_OF_DOCUMENT_TOKEN_TO_BE_REPLACED

Taking the Fridays for Future movement as his starting point, Muslim environmental expert Tarik Quadir talks to Marian Brehmer about the connections between Islam and ... END_OF_DOCUMENT_TOKEN_TO_BE_REPLACED

Muhyiddin Ibn Arabi (1165-1240) is one of the most influential Arab philosophers and mystics. James Morris, Professor of Islamic Theology at Boston College, explains why his ... END_OF_DOCUMENT_TOKEN_TO_BE_REPLACED

As historian Wiiliam Dalrymple writes in his essay, scholars are only now beginning to realise the extent to which the Mughal emperors adopted what most would assume to be ... END_OF_DOCUMENT_TOKEN_TO_BE_REPLACED