The Pope in Iraq – "We are all brothers"
Can Pope Francis save Iraq's Christians from extinction?

Iraq's Christian minority has dealt with decades of persecution – and many are sceptical about whether a four-day visit by Pope Francis will make a difference. By Cathrin Schaer and Gasia Ohanes

Pope Francis, leader of the Catholic Church, begins a historic four-day visit to Iraq on Friday morning, marking the first papal visit to the country. The pope's schedule will see the 84-year-old cleric crisscross the country.

His visit includes church services in the capital, Baghdad, and in a stadium in the northern city of Irbil, a meeting with senior Muslim clerics in the southern city of Najaf, and a helicopter ride to the northern city of Mosul. The idea of interfaith fraternity – "we are all brothers" – is the official slogan for the March 5-8 trip.

Iraq's church leaders often say they are threatened with "extinction" in the Muslim-majority country and have predicted local Christian communities will go the same way as Iraq's once-thriving Jewish population. Today, individual accounts suggest that fewer than 10 Jews remain in Baghdad.

Christians have been present in areas now known as Iraq since around the 1st century AD. The Bible suggests that the ancient city of Ur – where Pope Francis will pray on Saturday – is the birthplace of Abraham, father of the Abrahamic religions, which include Christianity, Judaism and Islam. 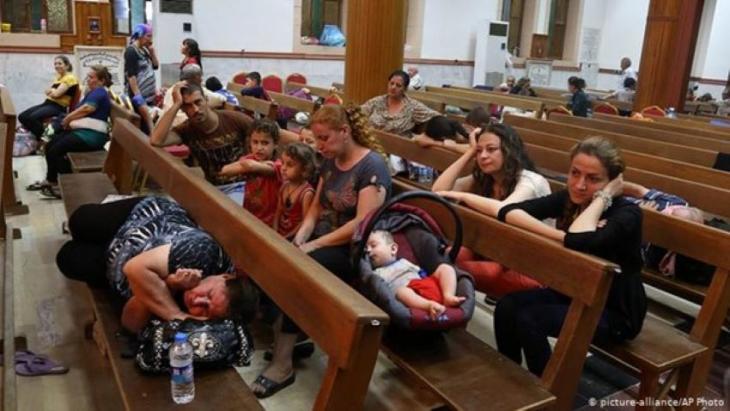 Decades of discrimination and persecution at the hands of Iraq's Muslim majority: around 1.4 million Christians in the country were counted in a 1987 Iraqi government census. Today, there are thought to be between 200,000 and 300,000 Christians left in Iraq. One Christian, Mariam, feels her faith is not respected. Her family recently requested that a banner be inscribed with a biblical scripture to commemorate the death of her grandmother. The sign makers refused. "They told my brother, 'I won't write this. It's haram. I consider it blasphemy'. Have we reached this level, where we don't respect the beliefs of others?"

Over the centuries, the development of Iraq's Christian community has largely been determined by whoever was in charge, whether that was the Ottomans, Mongols, Persians or Arabs.

Over this century and the last, the Christian minority – like many other minorities in Iraq – has had to deal with discrimination and persecution from the country's Muslim majority and its various leaders.

Under Saddam Hussein's regime, local Christians, who belong to one of 14 different sects, were tolerated by the mostly secular dictatorship. But after the US invasion of Iraq in 2003, as the country descended into sectarian violence, Iraqi Christians were faced with worse treatment.

In increasingly divided communities, local Christians were often suspected of assisting the invading U.S. "crusaders" – a reference to the centuries-long religious wars that began in the late 11th-century, when Christians came from the west to fight Muslims.

Most recently, local Christians fled northern districts they had occupied for centuries, after the extremist group known as "Islamic State" took over the capital of Nineveh province, Mosul, and surrounding areas.

Around 1.4 million Christians in the country were counted in a 1987 Iraqi government census. But over the last three decades, their numbers have plummeted as Christians emigrated. Today, there are thought to be between 200,000 and 300,000 Christians left in Iraq. 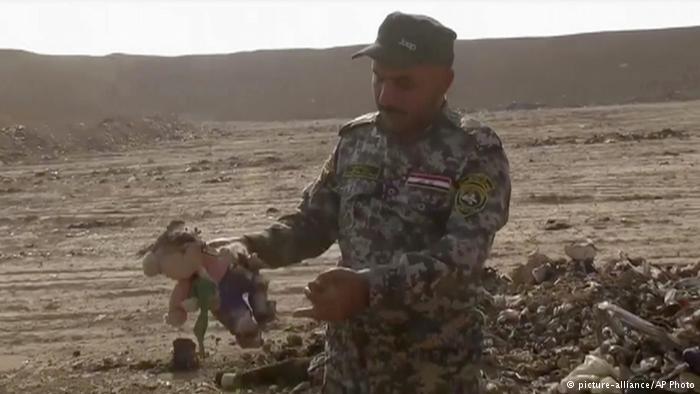 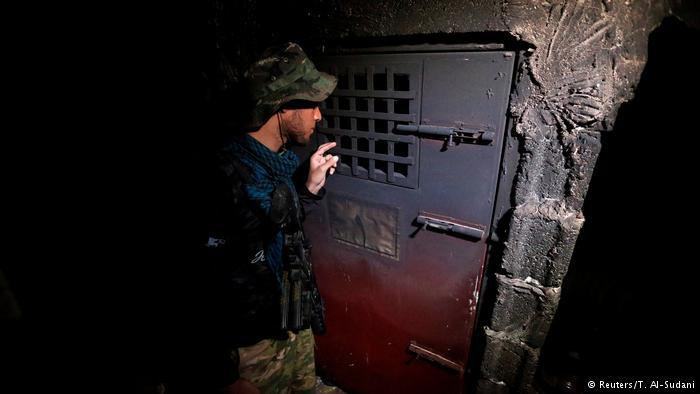 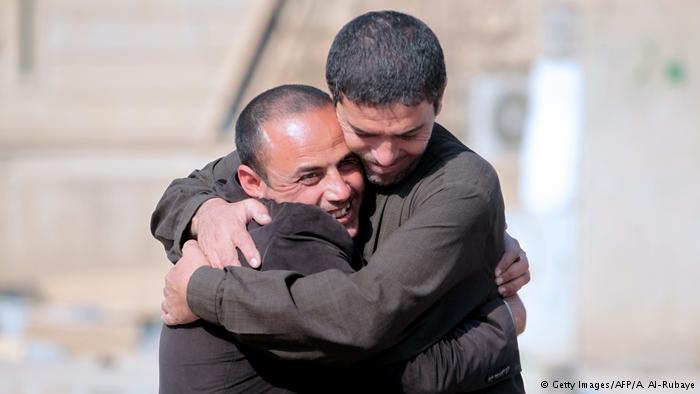 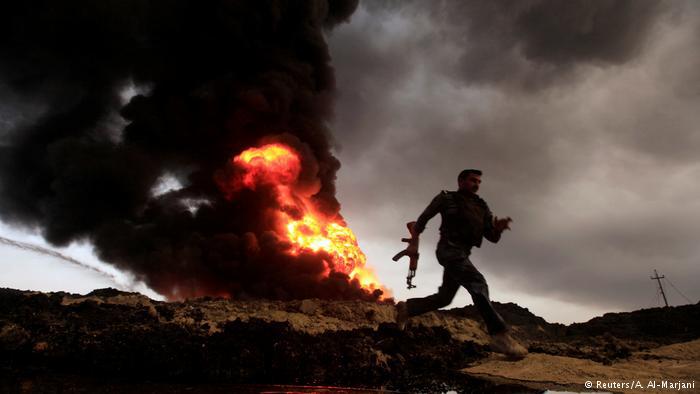 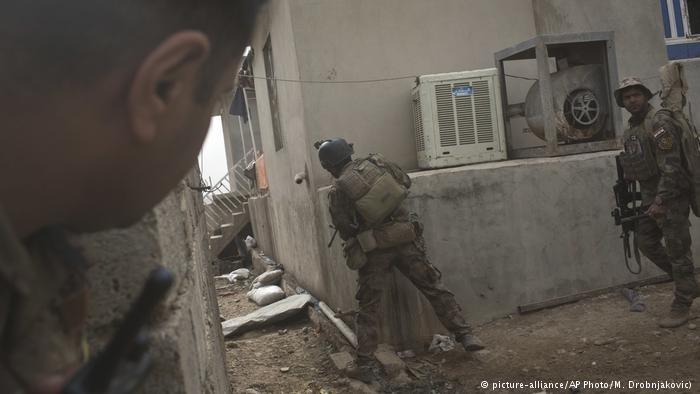 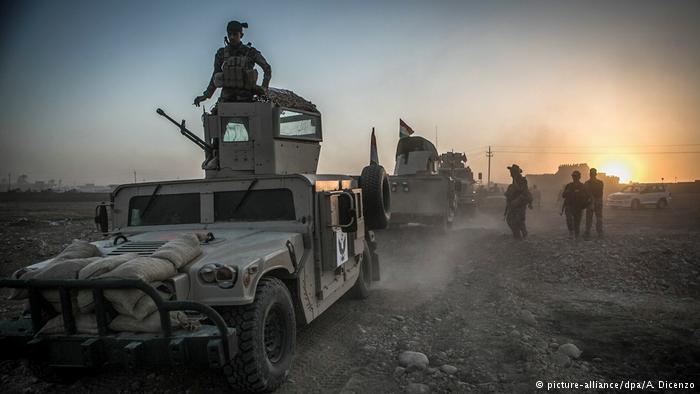 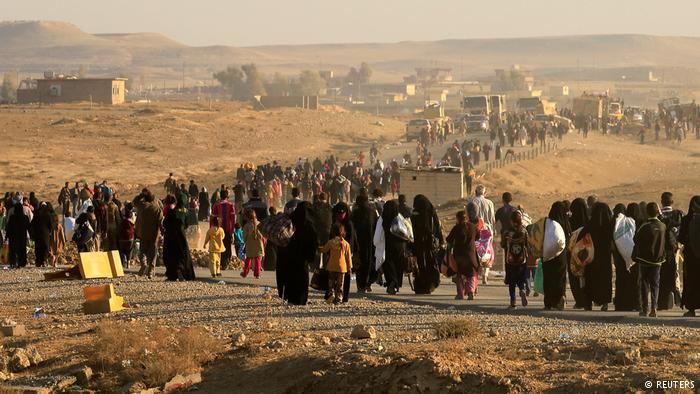 So will Pope Francis' four-day visit help Iraq's Christians today? Not that much, Bashar Matti Warda, the Chaldean archbishop of Irbil, told CCN, the media office of the Catholic Bishops' Conference of England and Wales.

"It's not going to help the Christians materially or directly," Warda conceded, "because we are really in a very corrupt political and economic system. No doubt about that. He [Pope Francis] will hear nice words ... But when it comes to day-to-day issues, no, I think that's a different story."

Reemon Youssef Matti, an Iraqi Christian living in the Virgin Mary refugee camp in Baghdad after being displaced from his home in Nineveh, invited Pope Francis to his place.

"He shouldn't just go to Baghdad," Matti argued, "and tour the clean streets; or go to places that were specifically set up [for the visit] like a mirage. We want him to come here and live the reality," continued Matti, whose family decided not to return home despite the fact that Iraq started closing camps for the displaced late last year. "Come see the situation of Christians, come see our conditions. You are the man of peace, come live our reality," he said.

Around 8,000 Christian families have returned to homes in Nineveh; but security remains a problem there, as is the presence of pro-Iran paramilitary groups. Displaced Iraqi Christian Reemon Youssef Matti invited the Pope to visit him in the Virgin Mary refugee camp in Baghdad: "He shouldn't just go to Baghdad," Matti argued, "and tour the clean streets; or go to places that were specifically set up [for the visit] like a mirage. We want him to come here," continued Matti, whose family decided not to return home, owing to security concerns, despite the fact that Iraq started closing camps for the displaced late last year. "Come see the situation of Christians, come see our conditions. You are the man of peace, come live our reality"

Life was not necessarily as dangerous as it had been previously for Christians in Iraq, says Mariam, a Christian resident of Baghdad. She and her family had relocated to a different suburb in Baghdad after their church was blown up, she reveals. Extremist organisation al-Qaida took responsibility for that 2006 attack.

But often, Mariam, who did not give her full name for security reasons, feels her faith is not respected. Her family recently requested that a banner be inscribed with a biblical scripture to commemorate the death of her grandmother. The sign maker refused.

"They told my brother, 'I won't write this. It's haram. I consider it blasphemy'. Have we reached this level, where we don't respect the beliefs of others?" Mariam asked.

And it is in this sense that many Iraqis believe that Pope Francis' visit will do good.

Irbil's Archbishop Warda believes it will give the Muslim majority pause for thought.

"It will raise a lot of questions and thoughts," he said. "Some will be negative. Probably some hard-line Muslims will not like it. But I would say others – the majority of Muslims – would like it, would listen, would start digging deep into the history to find out: Who are these Christians? Are they infidels, as we have always heard? What's their contribution?" he said. "That's the long-term benefit of the visit."

It is also why Saturday's short, but historic, meeting between Pope Francis and senior Muslim cleric Ali al-Sistani is so important, admitted Saad Salloum, a political scientist and one of the founders of the Iraqi Council for Interfaith Dialogue. "Al-Sistani is like the Pope for the Shia [Muslims], his Vatican is Najaf," Salloum said.

In February 2019, Pope Francis met with leading Sunni Muslim cleric Ahmed al-Tayeb in Egypt and both men signed a statement advocating peaceful co-existence between religions. No similar declaration is planned with al-Sistani – but Salloum believes the meeting will make a big impression on other Iraqis.

"This will send a strong message to the Shia minority in the Arab and Islamic world," he said.

The pope's visit should also make the country's leaders think more about the importance of diversity in general, said Salloum, something he believes is key to Iraq's future. "Our fortune is not in oil," said the political scientist.

"It is in diversity."

Ibrahem Saleh contributed to this report from Baghdad.

The Kurds are under attack from two sides: from Turkey, and from Iran. The situation in their territories in northern Iraq is becoming increasingly desperate. Birgit Svensson ... END_OF_DOCUMENT_TOKEN_TO_BE_REPLACED

November 2022 sees the Arab world firmly in the spotlight with the COP27 in Egypt and the FIFA World Cup in Qatar. Public trust in MENA governments is weak, thanks to their ... END_OF_DOCUMENT_TOKEN_TO_BE_REPLACED

Thanks to climate change, the Middle East is heating up faster than any other part of the world, putting the region's ancient pyramids, castles, holy and other heritage sites at ... END_OF_DOCUMENT_TOKEN_TO_BE_REPLACED

In the run-up to the COP27 global climate summit, hosted by Egypt in November, it is worth noting that little rainfall, aggressive heatwaves and worsening drought make the Middle ... END_OF_DOCUMENT_TOKEN_TO_BE_REPLACED

Hundreds of porters, locally known as ‘kolbars’, cross the mountainous border between Iran and Iraqi Kurdistan all year round. With Iran’s economic crisis deepening, ever more ... END_OF_DOCUMENT_TOKEN_TO_BE_REPLACED

END_OF_DOCUMENT_TOKEN_TO_BE_REPLACED
Social media
and networks
Subscribe to our
newsletter