The Press in Lebanon
Awakening Media

Despite the political murders of Lebanese journalists many media representatives and political observers believe that freedom of the press is developing positively in the Levantine state. Bernhard Hillenkamp reports

​​On December 13, 2005 a blue-red tear adorned the emblem of the most important newspaper in Lebanon. The symbol of "Al-Nahar," the blue rooster, was weeping in sorrow.

First the newspaper's columnist, Samir Kassir, at the beginning of June, then the publisher of "Al-Nahar," Gibran Tueni, on December 12, 2005, became victims of car bombs. Even today the murders of these journalists remain unresolved.

Both authors were vocal critics of Syria and of Syria's presence in the land of cedars. It was chiefly these assaults – as well as the attack on television presenter May Chidiac – that caused the fourth report of the organization "Reporters without Borders" in 2005 to drop Lebanon from 87 to 108 in its ranking of freedom of the press worldwide. 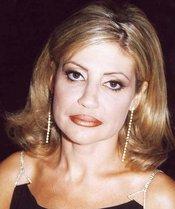 May Chidiac, popular TV presenter lost one arm and one leg in a car bomb accident

​​Nevertheless it is worth taking a critical look at this analysis. This annual ranking is based on fifty questions sent to organizations around the world which advocate for freedom of the press. The questions are also sent to correspondents, journalist networks, lawyers, and human rights activists. Murders, attacks, and other assaults on journalists are documented and then compared with other countries.

Still, many political observers and journalists believe that freedom of the press in Lebanon has markedly improved, despite the murders and attacks, especially since the withdrawal of Syrian troops.

The media situation in the former "Swiss of the Orient" is complex. Before the civil war Beirut was a melting pot for Arab intellectuals. Book production and the newspaper market were dynamic and diverse. Foreign financial backers and interests also frequently played a role.

In 1974 "Al-Safir," one of the most influential newspapers in Lebanon today, was founded with Libyan money. Technology and media evolved during the Lebanese civil war, and various groups founded television stations.

The media played an important, if also critical, role in the war: The arms deals between Iran and Israel, the so-called Iran-Gate affair, were exposed in the Lebanese journal "Al-Shiraa." Many television stations, newspapers, and magazines became a part of the "medialized civil war" and later of postwar Lebanon.

The newspaper of the assassinated prime minister Rafiq al-Hariri, "Al-Mustaqbal," was founded before the parliamentary elections in 2000 in order to ensure a media presence for the Sunnites. It is this combination of political opinion and partisanship that is characteristic of Lebanon. After many years of actively reporting against Syria, Gibran Tueni was elected to the parliament in 2005.

But Syria was also aware of the media power of its small neighboring state. In 1991, a treaty of cooperation between Syria and Lebanon explicitly prohibited media activities which hurt Syrian interests.

Nevertheless the newspaper "Al-Nahar" has evolved into a mouthpiece for the Syrian opposition. Dissidents in Syria and in exile write mainly for the cultural supplement. One victim in particular of the politicized media in 2003 was "Murr TV." Probably the most explicit opponent of Syria's presence, which often engaged in sweeping polemics, Murr TV was forced to shut down in April 2003. The official reason was the broadcasting of election advertisements that violated election law.

The arbitrariness of the security services

Media censorship is the responsibility of the Ministry of Internal Affairs' General Security Department. Jamil as-Sayyed, currently in detention and awaiting trial for planning the Hariri assassination, was head of this agency until August 2005. Sayyed is regarded as the symbol of the Syrian-Lebanese security apparatus. 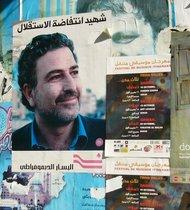 Samir Kassir, vehement critic of the Syrian presence in Lebanon, was killed in June 2005 by a car bomb

​​The agency has primarily censored media products critical of Syria: for example, a music video by Najwa Karam referring to student protests against Syria's presence in Lebanon, and a book by Adnis Akra, a professor of philosophy, describing his experiences in a Syrian prison.

Besides direct censorship, the Lebanon security services also intimidated journalists. Samir Kassir had his passport revoked in 2000 because of his critical news coverage. Giesele Khoury, Kassir's widow, reported that "the security services pestered and intervened in the private life of both journalists."

These interferences in the freedom of the press during the ascendancy of the Syrian-Lebanese apparatus, however, have not challenged the diversity of Lebanese media. Pro-Syrian media, such as the newspaper "Al-Diyar," often took advantage of the freedom in Lebanon to position themselves through polemical articles against voices critical of – or in some cases, hostile to Syria.

Ever since the Hariri assassination media of every political persuasion have been mostly publishing opinions. Solid research and assured facts frequently fall victim to rash editorial journalism.

Most likely it is precisely this battle for public opinion which explains the attacks on media representatives. According to media reports, a few anti-Syrian representatives, such as talkshow master Marcel Ghanen, spent a few weeks in Paris last January for security reasons.

Like Gibran Tueni, names of politicians such as Walid Jumblat as well as media representatives such as Fares Khashshan, editor of the newspaper "Al-Mustaqbal" and Marchel Ghanem are reportedly on a new death list.

The breakup of the Syrian-Lebanese security apparatus could positively affect the development of freedom of the press by weakening the mechanisms for restricting the freedom of speech and intimidating media representatives.

Brutal attacks have occurred during this transition phase, but they cannot conceal the new freedom. The criteria for the "Reporters without Borders" ranking apparently does not sufficiently allow for the complex and dynamic developments in Lebanon.

The dangers of the current situation, however, should not be played down. A new development in the media situation is Hizbollah's alleged desire to found its own newspaper: "Al-Akhbar" is to be produced soon in the southern suburb of Beirut.

Civil Society in Lebanon
Sensitive Political Issues Are Avoided
After the killing of former Prime Minister Rafik al-Hariri, thousands took to the street to protest. In Beirut, Bernhard Hillenkamp interviewed social economist Omar Traboulsi about the prospects of civil society in the midst of political turmoil

Journalists Associations in Jordan, Lebanon
Initial Appearances Can Be Deceiving
Journalists associations are meant to be agents of the free press, and thus a vital part of civil society – but this is not always the case, as a new study from Germany revealed. Jürgen Endres reports

END_OF_DOCUMENT_TOKEN_TO_BE_REPLACED
Social media
and networks
Subscribe to our
newsletter