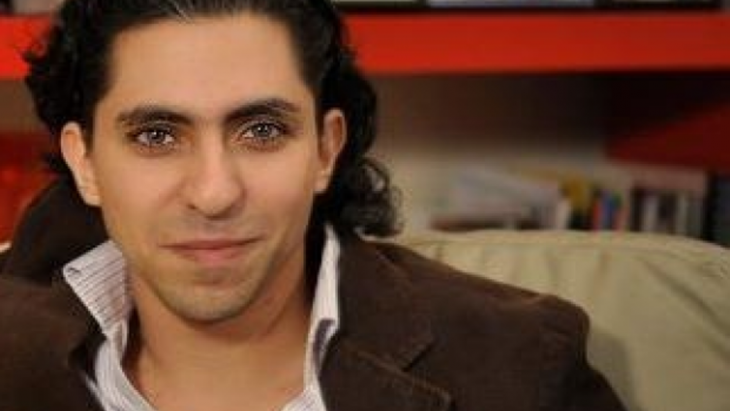 On 9 January 2014, a group of protesters organised a sit-in in front of the Embassy of Saudi Arabia in Rome, calling for the immediate release of blogger Raif Badawi. According to Elham Manea, he was imprisoned in 2012 on trumped up charges rooted in the ruling dynasty's fear of dissent and rebellion. He now faces the death penalty

Raif Badawi is a Saudi intellectual, blogger and editor of a liberal website who faces the death penalty in his home country. The crime of which he stands accused is "committing apostasy". But there's a catch: Badwai never renounced his religion, Islam. Choosing one's religion is a fundamental human right, but the case of Raif Badawi has very little to do with the right to choose one's religion and everything to do with politics.

His website (Free Saudi Liberals) was a platform for serious discussion of liberal ideas, religious authorities and the Wahhabi interpretation of Islam in the Kingdom of Saudi Arabia. Nowhere did he ever say anything about stopping being a Muslim.

Nevertheless, he has been in prison since June 2012, serving a seven-year sentence for "setting up a website that undermines general security" and "ridiculing Islamic religious figures". Obviously, the message sent out was not strong enough because last December, a judge recommended that the imprisoned blogger be brought before the high court on a charge of apostasy, which carries the death penalty.

Badawi's case is a political one. But as is often the case, every time Saudi authorities decide to silence a vocal critic, they use "religion" and "God" as a pretext for the justification of their repression. It is a strategy that has been used since the creation of the kingdom in 1932 to delegitimise any opposition to the rule of the Saudi dynasty.

But Badawi has never opposed the Saudi dynasty. He was a firm believer in the possibility of reform in the kingdom and has said so publicly. He was, however, critical of the Wahhabi religious establishment, its medieval control of society and its religious police, who instil fear in Saudi citizens. He also warned of the dangers of the extremism generated in Saudi universities, stating – and quite rightly one should add – that Imam Mohamed ibn Saud University had become a "den for terrorists" and asked simple questions, such as why Valentine's Day is banned in Saudi Arabia. 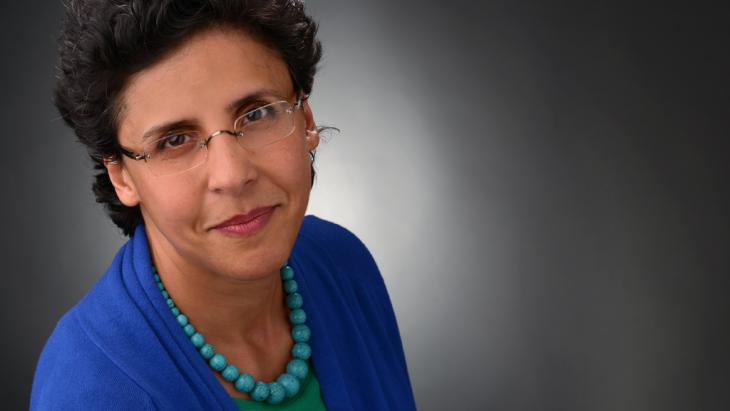 In July 2013, a criminal court in Jeddah found Badawi, guilty of insulting Islam through his Free Saudi Liberals website. He was sentenced to seven years in prison and 600 lashes. He has since been charged with apostasy, which carries the death penalty. According to Elham Manea (pictured above), this sentence has absolutely nothing to do with apostasy and is a reflection of the Saudi royal family's determination to quell dissent and opposition in the kingdom

Initially, Badawi's website was tolerated by the authorities. However, this toleration ceased when popular revolts swept the Arab region in 2011. It is an indication of the nervousness of the political establishment – a nervousness that led the Council of Senior Scholars, the country's highest religious authority, to issue a religious fatwa banning public protests and demonstrations in March 2011.

As a reward for the religious establishment's endorsement of the Saudi dynasty, the government turned to its riyal politik and announced a package of $93 billion in hand-outs on 18 March 2011. Although part of the package will be spent on welfare benefits, a large chunk will be spent on the creation of 60,000 security jobs within the interior ministry. Significantly, more money has been pledged for the dreaded religious police.

The king also announced in a speech that the media must respect the Sunni clerics, who oversee the application of Sharia law in the Islamic state – a sign that Saudi Arabia's ruling elite will tolerate no dissent.

Badawi was arrested against the backdrop of these political developments. Here, a political establishment is afraid of its own citizens and dependent on medieval religious authorities for survival. Badawi's website was exposing the excesses and dangers of this religious establishment so he and his website had to be silenced. It is as simple as that. He is facing the death penalty for simply expressing an opinion.

Badawi's wife, Ensaf Haidar, who is campaigning for her husband's freedom, told me that she is surprised at the "absence of interference of the politician, who supports religious dialogue outside the kingdom, yet oppresses it with the support of the official religious establishment inside the kingdom".

The Kingdom of Saudi Arabia thinks it can get away with this blatant violation; human rights activists think otherwise. A group of protesters organised a sit-in in front of the Embassy of Saudi Arabia in Rome on 9 January 2014, demanding Badawi's immediate release. Others are planning similar actions in other European capitals. Their message is straightforward: free Raif Badawi.

Political analyst Taqadum al-Khatib argues that Egypt can, in co-ordination with its European partners, develop a common vision to solve the complex conflict in Libya. For this to ... END_OF_DOCUMENT_TOKEN_TO_BE_REPLACED

Trump’s sweet revenge could swiftly turn bitter, after all the U.S. attack is a direct declaration of war against the Iranian Revolutionary Guard and its elite Quds troops ... END_OF_DOCUMENT_TOKEN_TO_BE_REPLACED

Key Saudi figures in the Jamal Khashoggi murder investigation have so far escaped trial for his death. But while UN efforts to deliver justice have stalled, difficult questions ... END_OF_DOCUMENT_TOKEN_TO_BE_REPLACED

An expert on Saudi Arabia and the Middle East, Guido Steinberg explains that the drone attacks on Saudi oil facilities last week were partly a manifestation of complex religious ... END_OF_DOCUMENT_TOKEN_TO_BE_REPLACED

The collapse of traditional multilateralism in the Arab world has been accompanied by a significant shift in American Middle East policy under President Donald Trump, writes ... END_OF_DOCUMENT_TOKEN_TO_BE_REPLACED

Comments for this article: 600 lashes for expressing opinions

What happened to freedom of

What happened to freedom of speech?