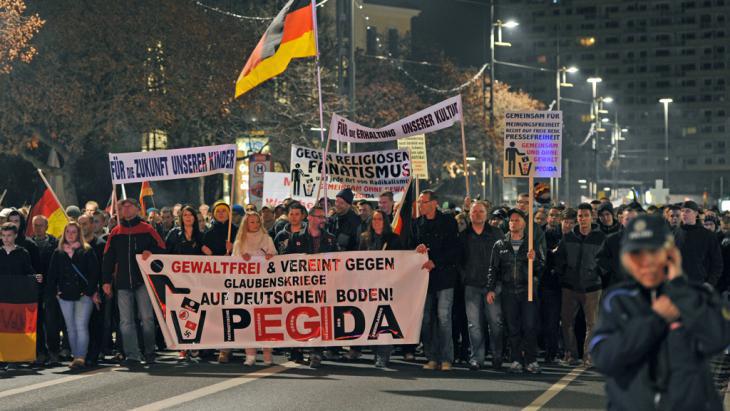 Just a few weeks ago, the xenophobic Pegida movement was still a small Facebook group; last Monday (15.12.2014), it mobilised 15,000 people in Dresden. How could that happen?

Oliver Nachtwey: There are two explanations, each of which complements the other. The first is that in the political centre, there's a new mainstream anti-Muslim racism that is built on fears for the survival of Western values. That's the product of a nervous society in which social betterment is becoming increasingly difficult and in which there is a sense of omnipresent competition and struggle.

The emotions generated by this are often not directed at a system, but at those who are different, at foreigners. This is also launched from the political arena and absorbed at grassroots level. Only recently, the conservative Bavarian party CSU suggested that foreigners should speak German at home.

The second explanation is that the parties and large organisations no longer really represent the people. Because channels for the articulation of fears have been lost, grassroots protest movements are popping up. Some of these movements are more left wing, such as "Occupy", while some are more curious and driven by conspiracy theories, such as the Monday vigils, and now more right wing, like the Pegida movement. 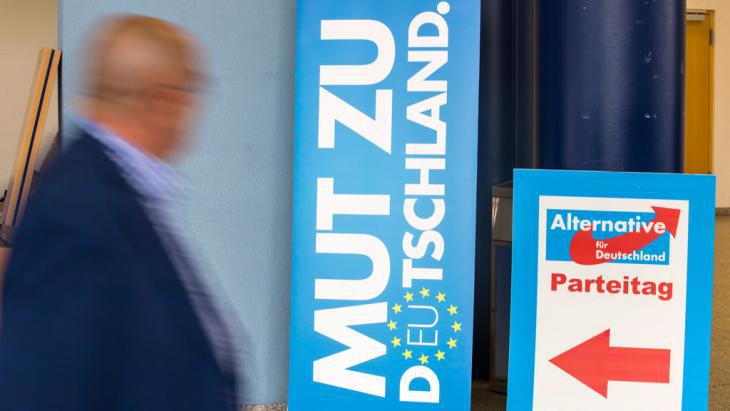 The leader of the German right-wing populist party Alternative for Germany (AfD) sees the recent hostage-taking incident in Sydney, Australia, as proof of the need to restrict immigration in Germany. Recently, party chairman Bernd Lucke welcomed the Pegida movement in an entry on Facebook

Which channels for the articulation of fears have been lost?

Nachtwey: Where, for example, are the major differences between the big mainstream parties with regard to the euro? There's even agreement on the issue of the minimum wage. Parties were originally there to organise the major social fault lines from right to left and – by steering them into parliamentary channels – also to domesticate them, to civilise them. Now, however, political parties don't do this anymore.

Isn't that simply an expression of the fact that certain milieus have disappeared and that society is less polarised?

Nachtwey: That's partially true. The classic milieus – the working class milieu, the middle-class milieu, and denominational distinctions – no longer exist in this form. This is also reflected in the parties: the social milieus within party apparatuses in particular are relatively homogenous. If you look at the central pillar of these apparatuses, you'll generally find children from middle-class households who have gone to university and who are looking for certain social advancement in politics. Nevertheless, and this is why your argument is only partially correct, inequalities in German society have been growing more pronounced since the early 1990s, with the re-emergence of something akin to a new social underclass. So, while some of these centrifugal forces are growing stronger, the parties are orientating themselves increasingly towards the centre.

To whom does Pegida appeal?

Nachtwey: Unfortunately, there has not yet been a sociological examination of this movement. It appears to me to be essentially a citizens' alliance, a coalition between members of the lower middle class and skilled workers, but also of the upper middle class. The fact that this emotionally driven coalition is rooted in the middle class has something to do with the fact that the feelings of resentment also come from here. The long-term observations of the Bielefeld-based sociologist Wilhelm Heitmeyer show that animosity towards minorities has increased in the middle class in particular.

Does Pegida have the potential to become a nationwide movement?

Nachtwey: What we're seeing in Dresden is just the most spectacular expression of a movement that has already formed in various places. In North-Rhine Westphalia in particular, there are several citizens' movements that oppose Islam. However, there has not yet been any party political compaction, because the average citizen's view is that the NPD and the Nazis are too plebeian; that's not somewhere they want to go. They want to remain a part of the establishment by saying: "We are Europeans, we are actually pacifist". It's rather a case of peering from the right at the centre of the political system. And that's why there is a big risk that parties will refer to that.

Recently, Alternative for Germany (AfD) Chairman Bernd Lucke welcomed the Pegida movement in a Facebook entry. Lucke belongs to the AfD wing that has presented itself as emphatically middle class, enlightened and liberal. In this respect there is a danger that the entire party will jump on the anti-Muslim racism bandwagon. 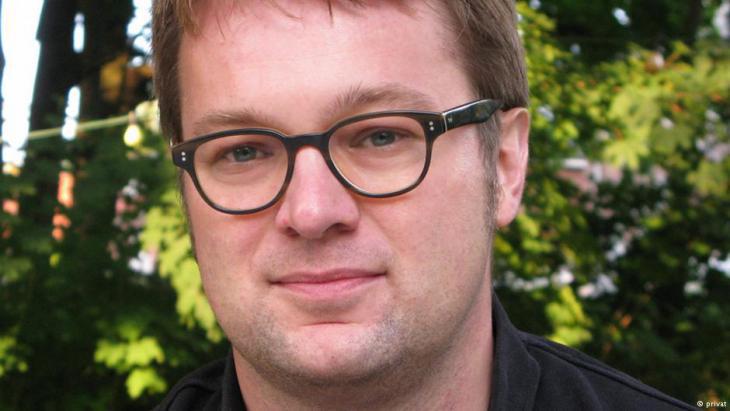 Oliver Nachtwey is a sociologist at the Technical University of Darmstadt and an expert in social movements. He says that because the differences between the major political parties in Germany are much less pronounced than they used to be, people no longer have channels where they can articulate their fears for society. For this reason, grassroots protest movements like Pegida are popping up right across the political spectrum

How should society respond to Pegida?

Nachtwey: The people of Dresden have shown us how. They were initially slow to respond to the problem, but on the Monday before last, 10,000 opponents of the demonstration gathered to face 10,000 Pegida demonstrators. We mustn't forget that Dresden is a special place: for the last decade, the city has been the location of the largest neo-Nazi rallies in Europe. But over the past five years, civil society here has managed to systematically block these marches with large-scale demonstrations that included episodes of civil disobedience. This year, for the first time, the Neo-Nazi demonstration didn't take place in Dresden.

The Christian Democrat prime minister of the state of Saxony, Stanislav Tillich, has called for a dialogue with those who support the Pegida demonstrations. What's your view on this?

Nachtwey: I find it hard to seek a dialogue with people who are fuelled by resentment. You would need to listen to the arguments they present and publicly criticise them, or in other words conduct an information campaign. But I think it would be wrong to enhance the status of Pegida by saying: "We'd like to talk". If you consider that Pegida is being led by a failed, criminal parvenu, then we have to ask ourselves what danger is really lurking in this society, where feelings of resentment can so easily be mobilised right in the heart of mainstream society.

So civil society's response must be twofold: it must actively block, actively confront these rallies and launch a public discourse that addresses this animosity towards Islam in a far more robust manner and no longer tolerates it.

Giessen, Eichsfeld, Kusel, Berlin – cars bearing old German number plates are the latest trend on the streets of Cairo. Many Egyptians regard the discarded plates as chic. What ... END_OF_DOCUMENT_TOKEN_TO_BE_REPLACED

Tunisia has been going through a severe economic and political crisis in recent years. More than one in three young people there are unemployed. For many skilled, qualified and ... END_OF_DOCUMENT_TOKEN_TO_BE_REPLACED

German imams have publicly expressed their solidarity with the women of Afghanistan. In a letter of protest, the clerics say that the Taliban regime's decree barring women from ... END_OF_DOCUMENT_TOKEN_TO_BE_REPLACED

At the end of every year, the team at Qantara.de gives you a run-down of the ten most-read articles on the site over the past 12 months. Here is a quick overview of the stories ... END_OF_DOCUMENT_TOKEN_TO_BE_REPLACED

Social engagement is often motivated by religious factors. A new book explores the background to these community efforts and appraises how effective they are in helping to ... END_OF_DOCUMENT_TOKEN_TO_BE_REPLACED

The government in the Netherlands, one of the last European nations to abolish slavery, has made an historic apology. But some feel that there is still a long way to go. By Ella ... END_OF_DOCUMENT_TOKEN_TO_BE_REPLACED
Author:
Dennis Stute
Date:
Mail:
Send via mail

END_OF_DOCUMENT_TOKEN_TO_BE_REPLACED
Social media
and networks
Subscribe to our
newsletter