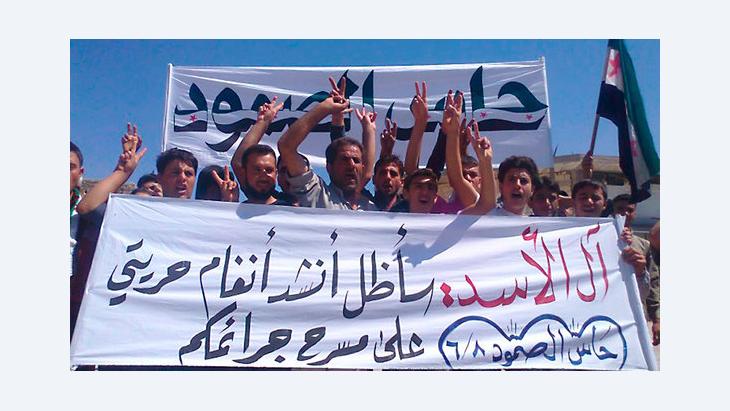 Walid al-Bunni is a prominent Syrian human rights activist and opponent of the Assad regime. In the light of the civil war going on in his homeland he calls for foreign intervention – and says the Syrian opposition must now reposition itself. Karim El-Gawhary met him in Cairo

He appears to be rather stressed. He returned from consultations in Moscow yesterday. The Spanish ambassador is expecting him in an hour's time, and he's flying to Istanbul tomorrow.

When Al-Bunni discusses the Syrian opposition, then he knows exactly what he is talking about. Few Syrians have such an in-depth knowledge of the opposition movement's work. He has spent a total of eight years behind bars in Syria. The first time was during the Damascene Spring, when Syrian intellectuals joined forces in an atmosphere of hope when the young Bashar Al-Assad came to power in 2000, and there was talk of a new beginning in the political salons. But that spring was short-lived, and Al-Bunni was imprisoned for eight years. 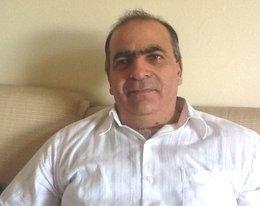 "Syria has been a political desert for 50 years. As a result, there are no real politicians there. Politics was something that was forbidden. And today, we as the opposition can't work wonders at the drop of a hat," says the liberal Syrian dissident Walid Al-Bunni, who now lives in Cairo

​​The ear, nose and throat specialist also bravely signed the "Damascene Declaration", in which intellectuals criticised the political reforms ushered in by Bashar Al-Assad, and as soon as he was freed he was again locked up for more than two years.

He left the country a few months ago following his last three-month period of incarceration. The Syrian National Council – an opposition alliance of various groups – was formed while he was in jail, to coordinate the rebellion against Assad. Al-Bunni was initially involved in the council, but recently left it along with other prominent opponents of the regime such as Kamal Al-Labwani and Catherine Altalli.

"The council is clearly dominated by Islamists and members of the Muslim Brotherhood. This does not reflect true power relations in Syria. This is simply because of how the council was established. That must change," says Al-Bunni, explaining his decision. All committees dealing with the issue of money are led by Syrian Muslim Brothers, he says.

He also claims that the National Council is far too bureaucratic in its decision-making. "Everything has to be decided as a consensus, and that's problematic. It just takes too long for everyone to agree on a decision. The process loses valuable time that you simply don't have in a revolution," says Al-Bunni. This is one of the reasons why the Free Syrian Army is operating outside of all political control.

The Syrian opposition must realign itself 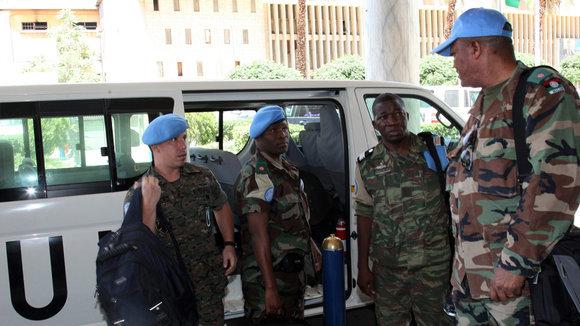 Al-Bunni occupies a clear position with regard to a foreign intervention. He makes a comparison. When you child is ill, he says, the first thing you do is go to the chemist and you buy a cheap remedy. Then you go to the doctor and the bill increases. If you child isn't cured by the doctors and slowly begins to die, then you sell your house and take your child to the most expensive hospital. Exactly the same applies to Syria.

The price of an intervention will be high, but in his view such a move is now barely avoidable. "I think Bashar Al-Assad is leaving neither us Syrians, nor the international community any other option. All that remains is Chapter 7 of the UN Charter, and that means a foreign military intervention," he explains and adds: "This is not something we would wish for, if there was another solution."

The threat of the "Somalisation" of Syria 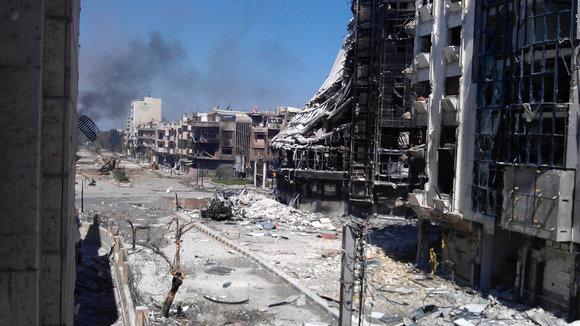 Images of total destruction: Assad's troops continue to bombard rebel positions in the opposition stronghold of Homs. The UN says at least 10,000 people have been killed by Assad's security forces since the start of the 15-month conflict

​​Without outside intervention, says Al-Bunni, the regime will drag the entire nation down with it into full-scale civil war. "If things carry on as they are in Syria, then the country is not under threat from an Iraqi-style scenario, but a Somali-style one," he predicts, due to a complete absence of any regulating force, not even US occupying troops as in the case of Iraq. But he does not believe that the international community and regional powers will allow such a strategically significant nation to sink to such a level.

The situation in Syria, a neighbour of Israel with links to Iran, "is simply much too complicated to allow the West to launch a military intervention within a few weeks, as in the case of Libya," says the human rights activist, and continues: "But the nation is also far too important to be left to its own devices in the final stages of the conflict."

Home
Print
Newsletter
More on this topic
Interview with Samar Yazbek: ''The Syrian revolution has not lost its innocence''Political Perspectives after the Massacre in Syria: Time for Plan BSyria and ''The Responsibility to Protect'': Weighing the Arguments
Related Topics
Arab Spring, Arabellion, Christians in the Islamic world, Democracy and civil society, Human rights, Syrian Civil War
All Topics

The Palestinian militant organisation Hamas, with Hezbollah's help, is building up a military presence in Lebanon, the ultimate consequences of which could be devastating, writes ... END_OF_DOCUMENT_TOKEN_TO_BE_REPLACED

In this essay, renowned Lebanese journalist and writer Hazem Saghieh asks whether the Arab Levant, which stretches from Iraq in the East to Egypt in the West, will remain an ... END_OF_DOCUMENT_TOKEN_TO_BE_REPLACED

Khaled Bahlawan hammers nails into a traditional wooden boat he built by hand, toiling under the scorching sun on Syria's Mediterranean coast to preserve a disappearing ancient ... END_OF_DOCUMENT_TOKEN_TO_BE_REPLACED

"Flugt" is the world's first museum dedicated to the stories of those forced to flee. The new museum, which focuses on the fates of refugees then and now, is housed in a former ... END_OF_DOCUMENT_TOKEN_TO_BE_REPLACED

"Finding Home", the second album by Syrian-born, UK-based musician Maya Youssef, works through feelings of loss and destruction until its music reaches a place beyond war and ... END_OF_DOCUMENT_TOKEN_TO_BE_REPLACED

Foresight is needed to turn the tide of German policy. Being independent of Russia must not lead to dependence on authoritarian regimes in the Middle East. By Kristin Helberg END_OF_DOCUMENT_TOKEN_TO_BE_REPLACED
Author:
Karim El-Gawhary
Date:
Mail:
Send via mail

END_OF_DOCUMENT_TOKEN_TO_BE_REPLACED
Social media
and networks
Subscribe to our
newsletter