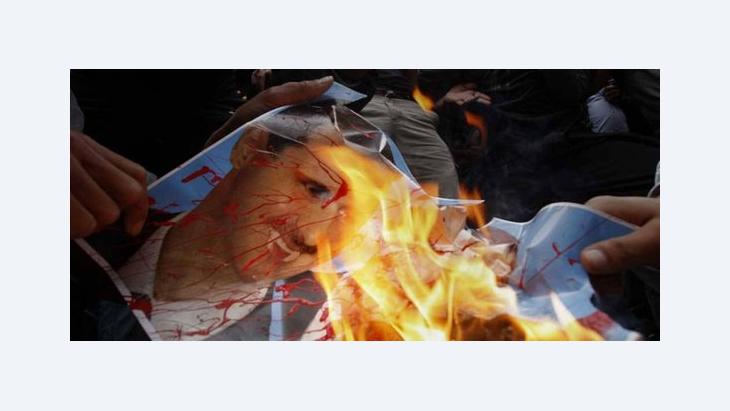 A People on the Brink

Media campaigns, machinations, a divided opposition, mistrust and a battle of egos. The Syrian regime is pitting citizen against citizen, and the danger of civil war is becoming increasingly acute. Albert Kadir reports from Damascus

While the historical quarter of Bab Touma in Damascus is bursting at its seams, and restaurants are full of people chatting late into the night, a war is raging that is more severe than anything the Syrian Arab Republic has experienced since its creation in 1946. When this war drew closer to the capital of Damascus on the weekend of the 28/29 January, the bombardments in the suburb of Jobr could be heard in Bab Touma. But this didn't appear to faze anyone; the real fear here seems to be what might come after the fall of the regime.

A young female journalist lays the blame squarely at the opposition's door: "So far, not a single member of the opposition has stepped in front of the camera and answered the questions people are really concerned about: What is to become of us? Will the insurgent Sunnis attack the silent minorities? Are the Islamists coming? Will all women be forced to wear an abaya? And: who will give us work?" 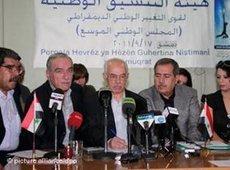 An opposition of real substance or just a lot of hot air? According to Albert Kadir, the Syrian National Council is influenced by the Muslim Brotherhood, which is why it is being courted by Al Jazeera

​​That last question is also worrying the Sunni middle class, which would in principle welcome the plans of the Muslim Brotherhood, who dominate the Syrian National Council, for a "progressive Islamization" of the law. At the same time, however, this stratum is profiting from the economic liberalization that Bashar Al Assad has energetically been promoting since taking office in 2000.

A case in point is Ahmad Suffaq, an importer of building materials, a sector that was once the exclusive preserve of the state. He sees red when he thinks of the Syrian National Council: "Many of its members want to hand our country over to foreigners. Am I supposed to let myself be ruled by Obama and that mini-state Qatar?"

Furthermore, the journalist adds, there is "this pathetic battle of egos that's raging in the council". The next day – as if to prove the journalist's point – ﻿the 30-year-old council member Mohammad Al Abdallah, who lives in Washington and is a popular interviewee for Al Jazeera and CNN, posted a statement on his Facebook page in which he denounced council chairman Burhan Ghalioun for having his mobile phone switched off and not reacting to Abdallah's demands to arm the opposition.

"There is no Free Syrian Army"

But aren't the weapons already in the country? Isn't there talk of Salafists and fighters linked with al-Qaeda who are trained and smuggled into the country via Iraq and Libya with the help of Qatar and Western states? When questioned on these issues, domestic experts merely shrug.

"Of course such forces exist in Syria, but right now they do not present a serious threat," one political scientist explains. "However", he adds, "they could become dangerous if they get so much support that the Free Syrian Army follows them."

He claims that the Free Syrian Army poses the greatest threat as far as civil war is concerned. "There is de facto no Free Syrian Army but numerous armies. Every one of them consists of a handful of deserters who usually possess only the weapons they took with them when they fled; they do not have access to any other supplies," he notes.

"These factions do not have a coherent leadership; they aren't even coordinated amongst themselves, let alone have a plan for the future. Their only aim is: 'overthrow of the regime!' And they are ready to follow anyone who promises to help them reach that goal. It's a catastrophe."

How Al Jazeera shapes the view of the conflict

Despite all this, there are voices in the country worth listening to, for example in the National Coordination Committee for Democratic Change (NCC), which consists of left-wing and Kurdish parties, or in the organization "Building a Syrian State". Both these groups, as well as the independent persons associated with them – such as Michel Kilo, who has fled to France – support the line of an unarmed uprising seeking an internal Syrian solution and not per se ruling out negotiations with the regime. 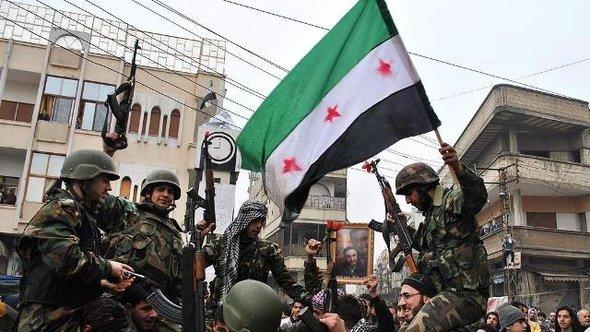 The Free Syrian Army is a disparate group: it has no united leadership and no strategy for what it would do were the regime to be toppled

​​There are, however, differences even between these opposition groups. Moreover, they were soon steamrollered by the National Council, which is granted daily appearances on Al Jazeera in particular.

There are a number reasons for this. Firstly, the National Council is influenced by the Muslim Brotherhood, and Al Jazeera is on very close terms with the Islamists.

Secondly, the channel is controlled by the emir of Qatar, the Syrian regime's strongest opponent at present. This might lead some to conclude that Qatar is in favour of the overthrow of the regime. Far from it: Qatar only hopes it will be destabilized, because it is aware of the possible regional conflagration that Syria's total collapse could ignite. This is why Al Jazeera prefers voices that might sound inflammatory but are in fact little more than hot air. More reasonable attitudes, such as those of the aforementioned groups, are avoided, because they could cause ﻿serious damage to the regime.

"The Fairytale of Homs"

This is not the only detail that Al Jazeera and other channels such as Al Arabiyya, France 24 and to some extent BBC Arabic are partially blanking out. "When Druze or Kurds protest, practically no channel covers it. It obviously doesn't fit into the general line, which seeks to suggest that this is purely a clash between Shias and Sunnis," a NCC member explains.

Another thing that is not a true reflection of what is really happening is the constant talk of "Homs – a city of 1.2 million in revolt". "Everyone promptly believes that the entire population of Homs is on the streets. In reality, it's just a few small districts that can easily be crossed on foot."

Naturally, this implies a further aspect: "If there were actually al-Qaeda fighters in this small area or Israeli weapons or anything of the sort – as the regime alleges – believe me, these quarters would not simply be fired at but razed to the ground." However, this is not the goal: "It is much more the case that the regime seeks to stir up bad blood and revenge campaigns between the various quarters and denominational groupings."

The Republic of Fear: according to Albert Kadir, the Assad regime has been pitting various groupings in Syrian society against each other for 40 years, a distressing strategy that seems to be working perfectly at present

​​There is another development that doesn't seem to dismay the regime: crime is on the rise. In Yabroud, a village with a population of 50,000 in the mountains 80 kilometres north-east of Damascus, people no longer leave their houses after three o'clock in the afternoon. For when office hours end, gangs that have nothing to do with the regime go on the rampage, stealing cars, looting shops and kidnapping children for ransom.

This kind of crime, which has escalated in Yabroud and elsewhere without the police stepping in, is now starting up in the as yet quiet city of Damascus. Amongst other incidents, a Christian woman recently had a gold cross pendant ripped off her necklace as she was leaving the church in the evening – by another Christian.

It seems like the regime can look on its work with satisfaction. For over 40 years, it has programmed the people of Syria to accept fear, untruths, lies and mutual distrust. And at least for now, the programme is running perfectly.

Home
Print
Newsletter
More on this topic
After the Veto of the UN Resolution: Syria on the Brink of Civil WarSyria's Minorities and the Uprising against the Regime: In Assad's FortressThe Opposition in Syria: A Multitude of UprisingsThe Syrian Uprising: A People on the Brink
Related Topics
Syrian Civil War, Syrian opposition, Arab Spring, Arabellion, Assad regime, Democracy and civil society, Human rights
All Topics

The disappearance of Razan Zeitouneh and her colleagues has been one of the greatest mysteries of the Syrian war – until today. DW's investigative unit hunted clues across six ... END_OF_DOCUMENT_TOKEN_TO_BE_REPLACED

How can the various realities of Kurdish life, shaped by depression, resistance and war, be depicted in art? This is the question addressed by the “bê welat – the unexpected ... END_OF_DOCUMENT_TOKEN_TO_BE_REPLACED

Millions of people in Syria's Idlib region depend on foreign aid that passes through only one border crossing. The UN mandate regulating passage through it will expire on 10 July ... END_OF_DOCUMENT_TOKEN_TO_BE_REPLACED

They’ve already got the Louvre; they’ll soon have a Guggenheim Museum as well – and now the Emirates have added literature to their quest for cultural supremacy in the Arab world ... END_OF_DOCUMENT_TOKEN_TO_BE_REPLACED

By stage-managing his re-election in a poll widely dismissed as a farce, Syria's President Bashar al-Assad has killed two birds with one stone: he has forced his compatriots to ... END_OF_DOCUMENT_TOKEN_TO_BE_REPLACED

END_OF_DOCUMENT_TOKEN_TO_BE_REPLACED
Social media
and networks
Subscribe to our
newsletter