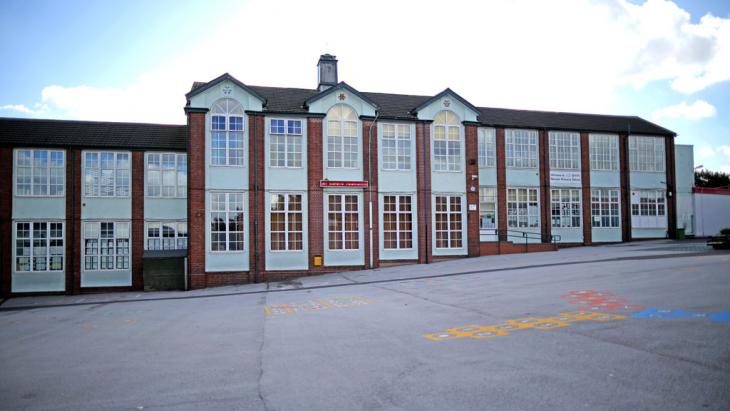 The Trojan Horse scandal in the UK
Islamists in the classroom?

Are some British Islamists involved in a conspiracy to infiltrate, control and Islamise secular state schools with a high proportion of Muslim pupils, thereby discouraging integration and possibly encouraging extremism? This is the nub of the Trojan Horse scandal that has rocked Britain in recent weeks. Prime Minister David Cameron has responded by calling for "British values" to be promoted at schools. By Susannah Tarbush

In March of this year, an anonymous dossier was leaked on a plot known as "Operation Trojan Horse". It was claimed that as a result of this plot, Islamists in the UK's second most populous city, Birmingham, had taken control of and Islamised certain secular state schools. The dossier suggested that "Operation Trojan Horse" could be replicated in Bradford and Manchester.

Although it was soon concluded that it was a hoax, the dossier raised issues that needed investigation. In April, Birmingham City Council said that following the dossier leak, it had been inundated with hundreds of claims alleging school takeover plots by Islamists, and school staff bullying.

Four investigations were launched into Trojan Horse, including one by Birmingham City Council. Two of the investigations, by the Office for Standards in Education, Children's Services and Skills (Ofsted) and the Education Funding Agency (EFA), were carried out in 21 Birmingham schools.

The fourth investigation is being executed by the Department for Education. There was consternation when Education Secretary Michael Gove appointed Peter Clarke, a former senior Metropolitan Police officer and ex-head of the Counter-Terrorism Command, to head this investigation. By linking Trojan Horse to terrorism, Gove was perceived to be pre-judging the issue. Clarke is expected to report in July.

Gove's linking of alleged extremism in schools with terrorism fits with his position as the author of the 2006 book "Celsius 7/7: How the West's Policy of Appeasement Has Provoked Yet More Fundamentalist Terror – And What Has to be Done Now". 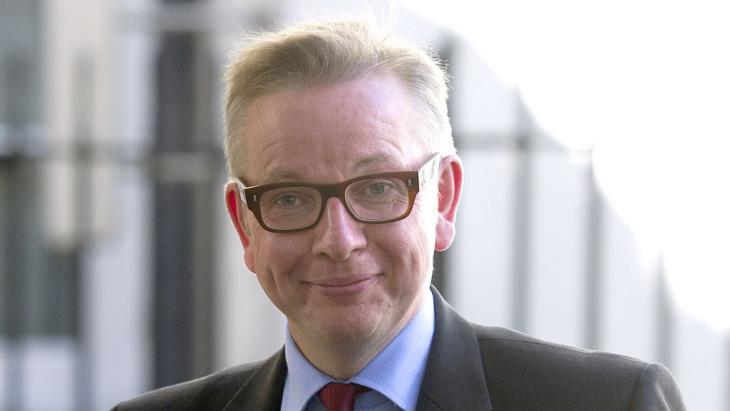 UK Education Secretary Michael Gove is author of a book entitled "Celsius 7/7: How the West's Policy of Appeasement Has Provoked Yet More Fundamentalist Terror – And What Has to be Done Now". He believes there has been a plot by extremist Muslims to take over schools in Birmingham, England

Gove's confrontational stance on the Trojan Horse allegations led to his clashing with Home Secretary Theresa May. A briefing he gave journalists at "The Times" formed the basis of an article headlined: "Cabinet at war over Islamic extremist plot to take over Birmingham schools".

The report quoted a "senior source" (which turned out to be Gove himself) as saying Gove believes there has been a plot by extremist Muslims to take over schools in Birmingham and is "preparing to drive them out".

"The Times" said Gove blamed the influence of the extremists "on a reluctance within Whitehall, especially in the Home Office, to confront extremism unless it develops into terrorism" a stance that is diametrically opposed to Gove's, who believes that a robust response is needed to "drain the swamp" of extremism.

In response, the Home Office published on its website a previously private letter from May to Gove, accusing his department of failing to act when concerns about the Birmingham Schools were brought to its attention in 2010.

The Prime Minister, David Cameron, was furious at the row, and ordered an investigation by Cabinet Secretary Sir Jeremy Heywood. Gove wrote letters apologising to Cameron and a member of May's staff.

Fear and intimidation in schools

The findings of the Ofsted and EFA inspections of 21 Birmingham schools were published on 9 June. Sir Michael Wilshaw, head of Ofsted, reported that a "culture of fear and intimidation" had developed in some of the schools since their previous inspection.

"Some head teachers, including those with a proud record of raising standards, said that they have been marginalised or forced out of their jobs," he said. Some head teachers reported an organised campaign to target certain schools in order to alter their character and ethos.

"Birmingham City Council has failed to support a number of schools in their efforts to keep pupils safe from the potential risks of radicalisation and extremism," Wilshaw said. In several schools children are "badly prepared for life in modern Britain". 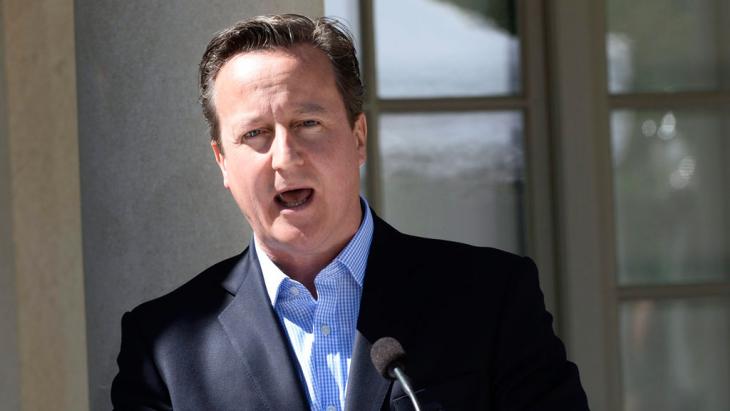 In response to the Trojan Horse scandal in England, Prime Minister David Cameron has called for British values to be taught in UK schools. Speaking at a press conference on 10 June, he identified these values as "freedom, tolerance, respect for the rule of law, belief in personal and social responsibility and respect for British institutions"

Segregation in the classroom

One of Ofsted's criticisms of Park View School was that classrooms are segregated, with girls sitting at the back or around the sides. Boys and girls suspected of being too friendly with each other are disciplined. Pupils studying biology were not taught the section of the syllabus about reproduction, and the teacher outlining evolution said: "This is not what we believe." An extremist preacher was invited to address an Islamic school assembly.

Oldknow Academy had spent £50,000 (approx. €62,500) on three subsidised trips to Saudi Arabia so pupils could visit the holy cities of Mecca and Medina. The EFA said this was "an extravagant use of public funds." Non-Muslim pupils and staff were excluded from these trips.

At Nansen Primary School "the governing body has removed some subjects, such as music, from the timetable." One school broadcast the call to prayer over loudspeakers.

Park View and another school in special measures, Nansen Primary, are losing their government funding. Two other schools have been warned they could lose their funding unless certain concerns are addressed.

A number of school leaders, teachers and governors, as well as pupils, parents and members of the wider community, rejected the Ofsted findings. An organisation called "Hands off Birmingham Schools" has been formed. It is led by the former leader of the Respect Party, and a former councillor in Birmingham, Salma Yaqoob.

Ofsted is now carrying out similar inspections in schools in Bradford, Luton and East London. Cameron has ordered Gove to prepare "dawn-raid" inspections of schools without notice to try to prevent them trying to cover up extremism.

British values in the fight against extremism 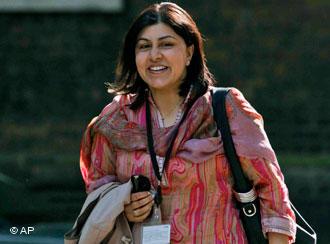 Baroness Sayeeda Warsi, minister for faith and communities in the UK, has distanced herself from Education Secretary Michael Gove's response to the situation in Birmingham schools, suggesting it could be stoking up tension between different communities

Gove told MPs that in future, all schools will be required to "promote British values". The first woman Muslim to serve in the Cabinet, Baroness Sayeeda Warsi, who is a senior Foreign office minister and also minister for faith and communities, warned that Gove should ensure he did not "make matters worse."

Warsi said she did not think there was necessarily a link between conservative Islam and Islamist extremism. "I've yet to see any definitive piece of evidence which shows that religiosity in any religion equates terrorism," she said.

Cameron is calling for British values to be taught in schools. He identifies these values as "freedom, tolerance, respect for the rule of law, belief in personal and social responsibility and respect for British institutions." The front page headline of the "Mail on Sunday" on 15 June read: "Be more British, Cameron tells UK Muslims!"

The Muslim Council of Britain (MCB), an umbrella group of 500 organisations, passed a motion at its Annual General Meeting the same day expressing "deep concern at the tone and tenor over the debate on British values".

The MCB said it had "no objection to British values", and believed in a "tolerant, more free and more equal society". But it wanted a "real debate that does not regard us as conditional Britons.... It is not Islam or Muslims that stand in the way of full participation; it is the active and vociferous campaign to exclude Muslims from the public space."

Home
Print
Newsletter
More on this topic
Review of the Muslim Brotherhood in the UK: Has Cameron buckled to pressure from Middle East allies?Muslims in Liberal Democracies: Why the West Fears IslamEssay by Sara Silvestri: Britain Does Not Need a French-style Burqa Ban
Related Topics
Education, Islam and democracy, Islam in Europe, Islamism | Political Islam
All Topics

Recent efforts to rehabilitate Assad are setting a damaging precedent for accountability, just as the international community is expressing the need to hold Russia to account for ... END_OF_DOCUMENT_TOKEN_TO_BE_REPLACED 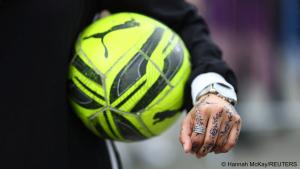 Playing football in a hijab: founded in 2018, the London-based football club Sisterhood FC offers Muslim women the opportunity to combine their sporting passion and their ... END_OF_DOCUMENT_TOKEN_TO_BE_REPLACED

COP27 in Sharm el-Sheikh is turning into a PR disaster for Egypt’s military regime. Instead of praise for the host, the news is full of solidarity for imprisoned activist Alaa ... END_OF_DOCUMENT_TOKEN_TO_BE_REPLACED

Indian Americans from diverse faith backgrounds have peacefully co-existed stateside for several decades. But events in the U.S. – and violent confrontations between some Hindus ... END_OF_DOCUMENT_TOKEN_TO_BE_REPLACED

Following the recent brutal attack on Salman Rushdie, famous writers have been reading passages from his works. Torsten Landsberg takes a look at the struggle in 1988 to publish " ... END_OF_DOCUMENT_TOKEN_TO_BE_REPLACED

Comments for this article: Islamists in the classroom?

all what you need

is to read the reality instead of writting so long essay contradicting truth. everytime anyone says that what happens is not the real islam, he must tell where is the real islam then? and where in the history of 1430 years was the real islam? islam has the base to be a terrorist, young men can terrify innocents and will go to paradise.isis group are doing this now. open your eyes please.read the history please.

END_OF_DOCUMENT_TOKEN_TO_BE_REPLACED
Social media
and networks
Subscribe to our
newsletter