At the beginning of the 20th century, the religious scholar and journalist Tahar Haddad advocated a modern interpretation of the Koran. Only after his death did his work find resonance in Tunisian society. Martina Sabra reports 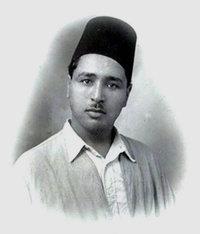 Societal innovation within the framework of the laws of the Koran: Tahhar Haddad (4 December 1899 – 7 December 1935)

​​ Just as in all Arab states, Tunisia has no separation of state and religion. Yet, this small North African country is known for its comparatively progressive system of family law. Women can't be forced to marry against their will, they have the same right to divorce as men, and polygamy is completely forbidden. Less well known is the fact that Tunisia's female-friendly laws can be traced back to the ideas of the Koran adhering Tunisian religious and legal scholar, journalist, and politician Tahar Haddad.

Haddad, however, never called for an Europeanization of society, explains Manoubia Ben Ghedahem, a Tunisian historian of literature. On the contrary, says the expert on Haddad, "He held a very purist understanding of Islam. Everything takes places within the framework of the laws of the Koran." According to his understanding, for instance, a woman should only expect to fulfil the role of a good mother. A professional career for women was not envisaged in his philosophy.

Tahar Haddad was born in 1899 as the son of a poultry dealer in Tunis. He enjoyed a traditional education, beginning with six years in a Koran school. He then studied Islamic law for nine years at the religious university in Zitouna. 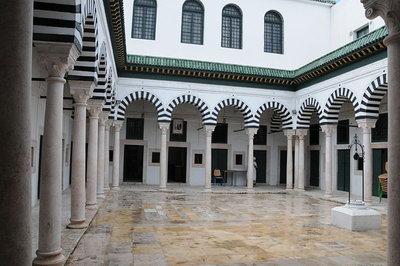 The zeal for reform advocated by Haddad was not at all condoned by the conservative Tunisian society. He was declared a heretic by the scholars of Zitouna University (pictured) and his degree was practically annulled

​​ After completing his studies, Haddad was given accreditation as a notary. Yet, the young, exclusively Arabic-speaking intellectual was attracted to politics. In 1920, Tahar Haddad became the head of propaganda for the Tunisian Destour Party, which agitated for independence from France and promoted the vision of a modern, democratic, and socially just Tunisia. He wrote a book on labour law and also helped launch the country's first independent trade union.

Parallel to this, Haddad occupied himself intensively with the role of women in Tunisian society. On 5 October 1930, his book "Our women in the Sharia and in Society" was published. The demands he formulated in the book were revolutionary for the time – equal education opportunities for boys and girls, the abolition of polygamy, and the equal right to divorce for both men and women. The Islamic scholar even spoke out against the full-body veil for women, which was then common in Tunisia.

"Haddad was of the opinion that the veil could lead to unhappy marriages. After all, it severely limits the search for a suitable partner, as the man cannot see the woman in advance," says Iman Hajji, Islamic scholar and author of the first comprehensive publication on the life and work of Tahar Haddad in the German language. Apart from this consideration, Haddad also pointed out that there is absolutely no command in the Koran for women to wear the full-body veil.

Tahar Haddad was convinced that Tunisia could only be truly free and achieve a successful transition to modernity when the rights of girls and women in the country were strengthened. This zeal for reform advocated by the young intellectual and politician was not at all condoned by the conservative Tunisian society.

A smear campaign and defamation

"The reaction to his book was very intense and extremely aggressive," explains Iman Hajji. "He was declared a heretic by the scholars of Zitouna and his degree was practically annulled. And, what had even more significant existential consequences for Haddad, his accreditation as a notary was revoked." The Tunisian press also conducted a smear campaign against the reformer. Haddad was accused of heresy and vilified as illiterate.

After the publication of his book, Tahar Haddad was not only subject to verbal attacks, but also frequently encountered hostility on the streets and was attacked. The ferociousness of the attacks tends to indicate that these reactions were not exclusively provoked by Haddad's work. Historians now take the view that influential forces in Tunis intentionally created a scandal around the book in order to distract the population from their own mistakes.

Tahar Haddad even had to experience how many of his political colleagues, whether out of cowardice or malice, turned their backs on him. He retreated from society and broke off friendships and contacts. He was plagued by depression and a heart condition. Haddad died in 1935. He was only 36 years old. 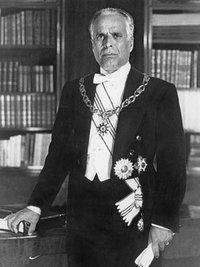 From a persona non grata into one of the founding fathers of the republic: President Habib Bourguiba (pictured) accepted the theses of Tahar Haddad as the foundation for drafting the most modern Arab family law of all times

​​ His ideas, however, did not die with him. Two decades later, in 1956, Habib Bourguiba, the first president of an independent Tunisia, accepted the theses of Tahar Haddad as the foundation for drafting the most modern Arab family law of all times. It abolished polygamy, established legal equality for men and women in cases of divorce, and also banned minors from marrying against their will.

After his posthumous rehabilitation, Tahar Haddad is once again present in the lives of Tunisians. Streets and cultural institutions bear his name. He has been transformed from a persona non grata into one of the founding fathers of the republic.

Manoubia Ben Ghedahem continues to regard Tahar Haddad as a pioneer. "I believe that no one today has the courage to write what this man wrote in the early 1930s. His reflections were considerably more precise and sharper than those of critics today. He said that one of the principles of the Koran is that of ijtihad, the independent interpretation of the text. Let us then employ this principle! Who dares to do this today?"

In this respect, the work of Tahar Haddad has not yet been fully completed even today.

Women in the Maghreb
At Forefront of Legal Reform
The countries of the Maghreb strive to reinterpret Islam in modern social contexts through their revised family codes, which secure women's rights without compromising Islamic values, writes Fatima Sadiqi

Mohamed Talbi
"Religious Dogmas Terrorize the Spirit"
The Tunisian intellectual Mohamed Talbi is regarded as one of the most critical leading thinkers in the Arab world. In his most recently published book, he denounces traditional Islamic religious scholars and argues for a contemporary reading of the Koran. Rachid Boutayeb introduces Mohamed Talbi

END_OF_DOCUMENT_TOKEN_TO_BE_REPLACED
Social media
and networks
Subscribe to our
newsletter