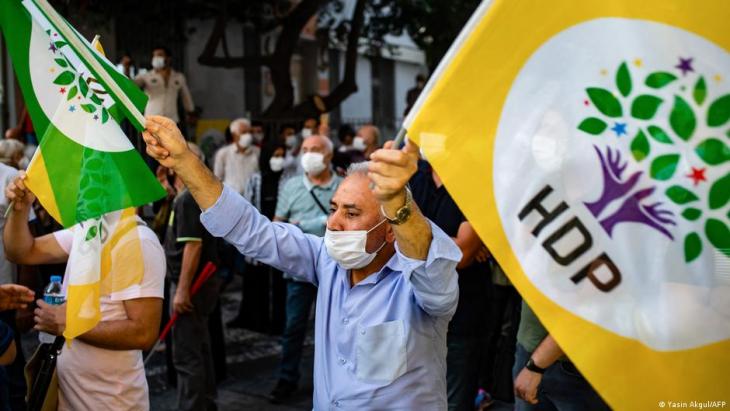 For a century, the Kurds and other minorities in Turkey have been subject to state repression. With his dissertation "The Kurdish Question in Turkey", political analyst Ismail Kupeli presents a new research paper on the topic. Interview by Gerrit Wustmann

Mr. Kupeli, why is there so little research into the Kurdish question in Turkey?

Kupeli: Firstly, this is down to the policy of denial regarding everything Kurdish, not to mention other minorities. A large part of research in Turkey is state-controlled and designed to confirm state mythology. Critical research is seen as counterproductive to the nationalist ideology and therefore has no place in many educational institutions. For many years, the focus of German Turkology was on good relations with Turkey, meaning positions were often simply adopted. People still have a problem with distancing themselves from such stances today.

Your book is about the Kurdish question, especially in the first half of the 20th century, which also implies the Kurdish uprisings. You, however, describe them as 'so-called' uprisings. Why is that?

Kupeli: I try to differentiate. There was the Sheikh Said uprising in 1925 and the Ararat uprising in 1930. These were actual Kurdish uprisings against repression. But then there was also resistance such as refusing to pay taxes, refusing to do military service, robbery, cattle rustling, issues that were actually the responsibility of the police, but which were used by the Turkish state as a pretext for military operations. They called them uprisings, even though they were not. Since the state's narrative was adopted, these events also appear in the literature as uprisings or rebellions. Incidentally, the Kurds have also partially adopted the official narrative to create a history of resistance.

You deal intensively with the denial of the Armenian genocide and the broader falsification of history. Why has there still been no historical reappraisal – and what is stopping it?

Kupeli: The centralist Turkish nation state is based on the idea that one ethnic group is in charge. The perspective of a multi-ethnic and multi-religious population does not fit; it calls into question the ideological foundation of the republic. Especially when it comes to the Kurdish question, this has ongoing political explosiveness. A reappraisal would have enormous political and social consequences, entailing a thorough overhaul of the state. Turkey's political and social stakeholders don’t want that. 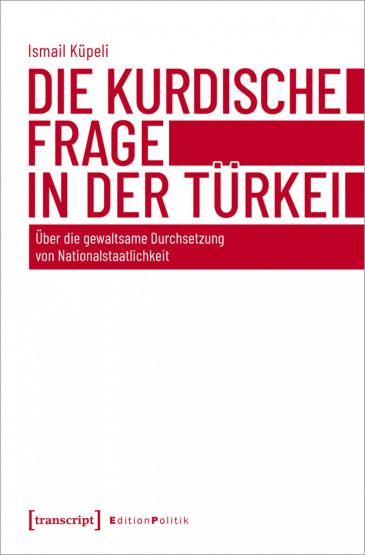 In his dissertation published in 2022, political analyst Ismail Kupeli examines the historical background of the conflict between the Turkish state and the Kurds. "The centralist Turkish nation state is based on the idea that one ethnic group is in charge. The perspective of a multi-ethnic and multi-religious population does not fit; it calls into question the ideological foundation of the republic," says Kupeli. "Especially when it comes to the Kurdish question, this has ongoing political explosiveness"

You suggest that Germany could play a role in such an historical reappraisal – in what way?

Kupeli: There are many people from Turkey living in Germany who have conducted research and expertise in this area, in part due to the refugee movements of recent years. Germany could be the space where these issues are finally addressed freely and without the risk of repression: the Kurdish question, the genocide of the Armenians and also the anti-Semitism of the thirties and forties.

That’s not possible in Turkey. Anyone raising these issues in public is met with hatred and agitation and can expect state reprisals. It is vital Germany sees itself as a post-migrant society, that all these issues are not regarded as something external, but also as a part of German history, part of our political education.

The origin of the conflict was ethnic nationalism. Why does it still exist today?

Kupeli: As I just mentioned, Turkish nationalists would like to see a uniform, homogeneous Turkish Sunni population as an ideal state – but this has never existed and never will. Such a state is practically impossible to create. Although the protagonists and narratives change over the years, at its core this ethno-nationalist foundation remains the same. That is why so little changes politically.

It is what is blocking the future viability of the country. Today, the pro-Kurdish HDP is the only party that really wants to change the political status quo, which is why it is under such pressure. Pro-Kurdish parties have existed before. They were banned.

Surveys in the Kurdish-dominated parts of the country indicate that the HDP could achieve more if there were free and fair elections in a genuine democratic system.

After the civil war with over 40,000 dead, most of them Kurdish civilians, it was clear to everyone at the end of the nineties that something like that must never happen again – that people’s interests must be represented at a civilian level.

And the HDP is in a position to achieve this?

Kupeli: Currently, at least, it seems to be the best option to represent the interests of the Kurds and other minorities within the framework of the ruling system, not least because many liberal and left-wing forces in western Turkey are involved in shaping the HDP.

Yet there are still radical forces in the PKK that continue to support violence...

Kupeli: There are indeed still activists who do not believe in civilian solutions. Some of that also stems from their experience in 2015, when the state resorted to using the military. Even in the fifties, attempts to stand up for the Kurdish language, literature and culture at a civilian level were met with censorship and violence. Whenever the state acts in this way, radical forces are legitimised in the eyes of many, hence the boost to the PKK’s popularity. This makes it all the more difficult for the HDP to explain to young Kurds why the civilian way is the better way to strive towards a pluralistic Turkey, in which the Kurds will be included as a matter of course.

Some ten years ago, a promising peace process began between the Turkish state and the PKK – why did it fail?

Kupeli: People were indeed very hopeful about this peace process. And the first indications were anything but negative. But the state tried to skirt around the fundamental problem – coming to terms with history and fundamentally restructuring Turkey. The ceasefire was a big step. But there were no real peace talks. The ruling AKP has shied away from seriously addressing the issues on the table. After all, that would have meant questioning the very nature of the republic. 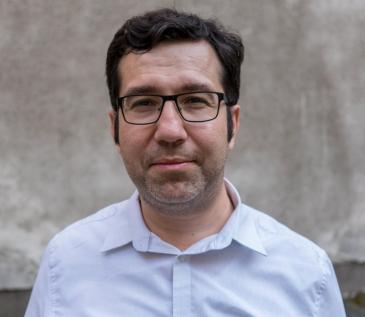 Ethnic nationalism is fuelling the conflict with the Kurds: "Turkish nationalists would like to see a uniform, homogeneous Turkish Sunni population as an ideal state - but this has never existed and never will," says political scientist Ismail Kupeli. "Such a state is practically impossible to create. Although the protagonists and narratives change over the years, at its core this ethno-nationalist foundation remains the same. That is why so little changes politically. It is what is blocking the future viability of the country." A social and political opening of Turkey is only possible if this complex history is dealt with

For several years, the Turkish state has been waging war against Kurdish groups in Syria and Iraq. What is it trying to achieve?

Kupeli: The Turkish state is attempting to keep Kurdish interests in northern Iraq and northern Syria at bay. In doing so, Turkey is also increasingly alienating itself from its Western allies. In northern Syria, this conflict has been going on for more than eight years, either in the form of border blockades or military offensives. The aim is to prevent the Kurds from organising themselves there.

What support does this approach have in Turkey?

Kupeli: Apart from the HDP, which rejects it, all the major parties in the Turkish parliament are in favour. The AKP has always managed to get the opposition on its side on the big issues. In the Kurdish regions it is socially acceptable to support the HDP, but in western Turkey one is quickly considered a traitor. That's why it's so difficult to voice criticism publicly. There is scarcely a major political force to which one can refer. Even on the centre-left, there is no force apart from the HDP that would be against the war. This also applies to the media. Those raising the Kurdish question or the Armenian genocide are on their own.

Is the idea of an independent Kurdish state still relevant today – and could that solve the conflict or would it create new problems?

Kupeli: Among Turkey's Kurdish population, the idea of a Kurdish state no longer has majority support. It is more a question of representing Kurdish rights and positions within the framework of Turkey. This is probably also because people see the difficulties encountered by nation states in the region and know that a Kurdish state would have similar problems. But there are also stakeholders like the Kurds in northern Iraq who still nurture this distant goal of state recognition.

At the turn of the century, there was a debate in the EU about the extent to which a federal system could be transferred to Turkey and whether the Kurdish question could be solved in this way. At that time, the Kurds had high hopes of EU accession; Kurdish authors also debated the idea of federalism. The EU could certainly support such a change. But that would only be possible if there were a politically relevant majority in favour of it in Turkey. That’s not something I see today.

Ismail Kupeli, born 1978, researches nationalism, racism and anti-Semitism. Other focal points of his work are nationalist ideologies and identitarian tendencies – both in majority societies and within the respective minorities.

A French artist has used photos of torture from Abu Ghraib for an oversized artwork at the Berlin Biennale. Reactions from fellow artists have been mixed, with some criticising ... END_OF_DOCUMENT_TOKEN_TO_BE_REPLACED

Since Ali Khamenei, Iran's most powerful man, has openly and unconditionally come out in support of Putin's war in Ukraine, logistical help is on its way, with an allegedly ... END_OF_DOCUMENT_TOKEN_TO_BE_REPLACED

It is possible to write about the Holocaust and the crimes of colonial powers without downplaying anything. In her latest book, Charlotte Wiedemann focuses on the numerous blind ... END_OF_DOCUMENT_TOKEN_TO_BE_REPLACED

This year Annemarie Schimmel, the great German scholar of Islamic studies, would have turned 100. Unique within the German and international academic community of her time, ... END_OF_DOCUMENT_TOKEN_TO_BE_REPLACED

The highly controversial Indian blockbuster "The Kashmir Files“, on the exodus of Kashmiri Hindus in the 1990s, is characterised by unilateral representations, negative ... END_OF_DOCUMENT_TOKEN_TO_BE_REPLACED

END_OF_DOCUMENT_TOKEN_TO_BE_REPLACED
Social media
and networks
Subscribe to our
newsletter