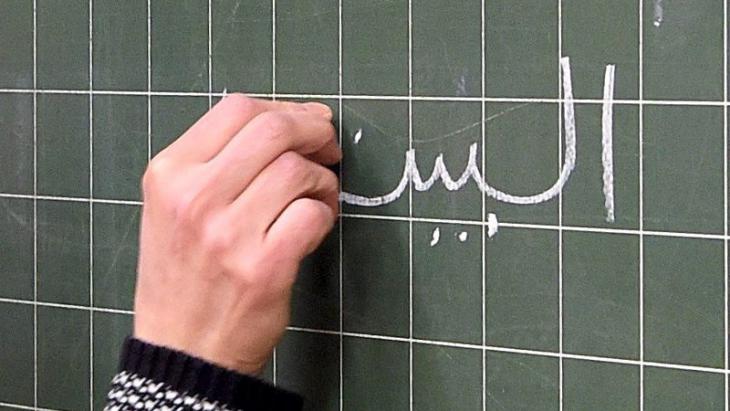 Substantial numbers of schoolchildren in the Gulf are losing their ability to communicate in Arabic. The development may well herald the onset of language loss in the region. By Sawsan Khalaf

The 2017 Arab Youth Survey found that 68% of Gulf Arabs aged 18 to 24 used English more than Arabic on a daily basis, a twelve-point increase from 2016. While the local Gulf or Khaleeji dialect remains unaffected, the number of those who are comfortable speaking and writing Modern Standard Arabic, or fus'ha, has been steadily decreasing.

By contrast, English has become the predominant language used in private schools, the medium of higher education, and the lingua franca of communities comprised largely of non-nationals. With English spoken at school and on the street, this leaves only one domain for the exclusive use of Arabic – the home. Here, too, however, families are witnessing the encroachment of English upon the mother tongue.

While some point to English-speaking nannies and English education as the root causes, sociolinguist Ingrid Piller emphasises that negative perceptions among Gulf Arabs both of Modern Standard Arabic and the Gulf dialect are playing a role. "If your choice is between sounding stand-offish and stilted (MSA) or backward and ignorant (Khaleeji)," she writes in her blog Language On The Move, "it's little wonder that many people vote with their mouths and go for English."

In addition to these disparaging attitudes, there are also socio-economic anxieties: parents seem willing to forego their children's fluency in Arabic for the sake of improved career prospects in the future. "The wealthier the family, the less likely its members [are to] speak Arabic at home," journalist Erin Burnett concludes in Fortune.

While the Arab Youth Survey suggested there was pride in the Arabic language among Gulf Arabs, this appears to be largely symbolic. Arabic may be lovely to have, the statistics seem to say, but not at the expense of English. As reported by The New York Times, the dean of Northwestern University's Qatar campus says that the majority of its Arab students "don't speak Arabic well enough to appear on Al Jazeera." 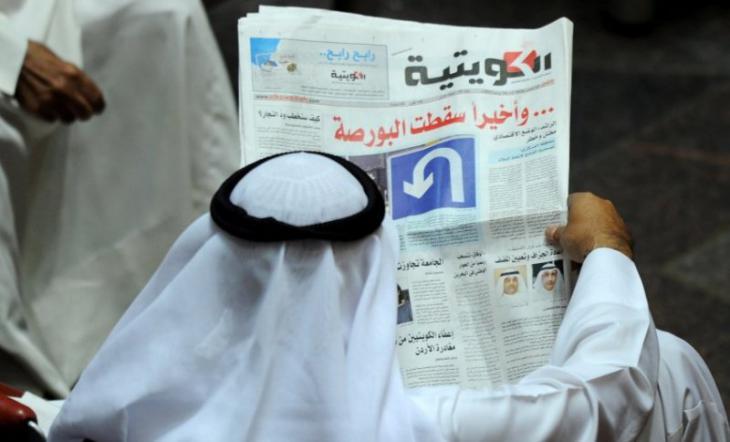 Modern Standard Arabic in decline: the diminishing mastery of fus'ha has had and will continue to have dire consequences for Gulf countries – without it, there will be fewer books, fewer websites, and fewer cultural artefacts that bear witness to contemporary Gulf society

Disinterest in the language is so high that the school's communications programme is considering making its course in Media Arabic compulsory. In the Emirates, meanwhile, the chairman of UAE University's Arabic department laments that college-bound students can scarcely write a correct sentence in Arabic.

And then there is the most damning statistic of all: that the Arab world in its entirety produces between 15,000 and 18,000 new books annually, or about as many as Penguin Random House.

This is symptomatic of the larger linguistic landscape, in which the supply of Arabic-language content has failed to keep pace with demand. A study conducted by Northwestern found that "despite a rapid increase in the number of Arabic-speaking Internet users, Arabic content remains one of the most under-represented languages online in terms of its share of the world's websites."

With comparatively little material to consume, users can reasonably be expected to gravitate towards English, with corresponding effects on their Arabic-language literacy.

While reversal of the shift towards English is unlikely, much can be done to reinvigorate Arabic. Across the Gulf, governments are implementing institutional initiatives, from the Renaissance of Arabic Language Forum in Qatar to a nationwide Arabic Reading Challenge in the UAE, to encourage more active engagement with fus'ha.

In the end, language is a tool of culture. The diminishing mastery of Arabic has had and will continue to have dire consequences for Gulf countries: without it, there will be fewer books, fewer websites, and fewer cultural artefacts that bear witness to contemporary Gulf society.

German Middle East analyst Guido Steinberg and television journalist Ulrich Tilgner have both published new books on the conflicts in the Middle East. Their analyses and their ... END_OF_DOCUMENT_TOKEN_TO_BE_REPLACED

Saudi Arabia and its allies have agreed to set aside their differences with Qatar at a summit meeting of the Gulf Cooperation Council. The restoration of diplomatic relations ... END_OF_DOCUMENT_TOKEN_TO_BE_REPLACED

Ten years after the start of the Arabellion in North Africa and the Middle East, many view the movement as a failure. But rather than being over, it has now entered a more mature ... END_OF_DOCUMENT_TOKEN_TO_BE_REPLACED

A heated debate is raging in the Islamic world about whether the religious and political spheres in Islam are one and the same. Before this matter can be settled, the terms " ... END_OF_DOCUMENT_TOKEN_TO_BE_REPLACED

With Ramadan over and coronavirus hopefully on the wane, Bader Al-Saif takes a look at how divisions dating back to the June 2017 blockade of Qatar shaped the region's contrasting ... END_OF_DOCUMENT_TOKEN_TO_BE_REPLACED
Author:
Sawsan Khalaf
Date:
Mail:
Send via mail

END_OF_DOCUMENT_TOKEN_TO_BE_REPLACED
Social media
and networks
Subscribe to our
newsletter