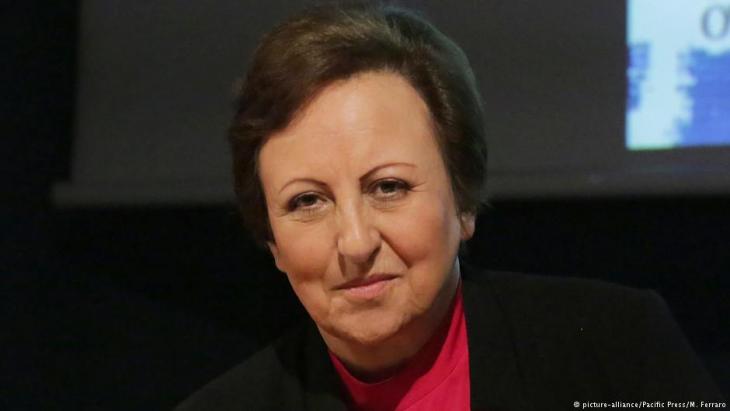 Muslims who grant themselves the right to adopt a human rights declaration based on their own religion need to allow followers of other religions to do the same, argues Iranian Nobel Peace Prize Laureate Shirin Ebadi in her essay

In international bodies, Mohammad Javad Larijani, head of the Iranian judiciary's Human Rights Committee, proudly defends the execution of "divine punishments" – including the amputation of thieves′ hands and death by stoning.

As I write these lines, there are people languishing in Iranian prisons just for the simple reason that they are followers of the Baha'i religion; others are there because they are accused of converting from Islam to Christianity or because they refused, as women, to wear the hijab. The Iranian laws used to prosecute and punish these people violate human rights, but they are justified by authorities who invoke Islamic law.

Officially atheist countries such as China, with its communist system, also do not accept the universal validity of human rights. In their view, human rights are founded in capitalist systems and their values, and are therefore incompatible with socialist ones. 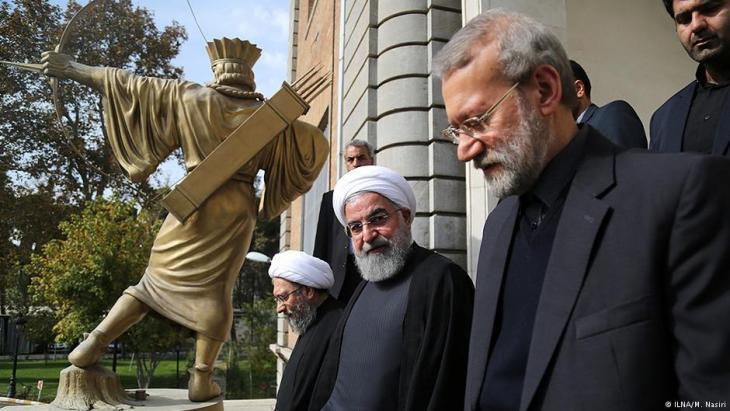 When justice becomes injustice: "in international bodies, Mohammad Javad Larijani, head of the Iranian judiciary's Human Rights Committee, proudly defends the execution of "divine punishments" – including the amputation of thieves′ hands and death by stoning. As I write these lines, there are people languishing in Iranian prisons just for the simple reason that they are followers of the Baha'i religion, or because they are accused of converting from Islam to Christianity," says Ebadi

But the argument is still wrong. Freedom of expression, for instance, does not contradict socialism and communism does not mean arbitrary rule. It is dictators, however, who understand and implement communism in this way. Thus either belief in God or the refusal to believe in God becomes a pretext for oppressing people.

The United Nations and other international organisations have so far focussed their attention on civil and political rights and have failed to pay sufficient attention to social and economic rights, the flouting of which is one of the causes of widespread poverty worldwide. This is another reason why human rights are not sufficiently respected in countries across the global South. This has contributed to undemocratic governments there disregarding their human rights obligations.

The inefficient functioning of the United Nations, particularly the Human Rights Council, has also prevented progress in the field of human rights over the past 60 years. When the UN Charter was drafted, there was too much optimism and too much certainty that states – not all, but most – enjoyed the support of their citizens and that they, as voters' representatives, would therefore investigate and eliminate cases of human rights violations.

For a globalisation of justice

But we have seen how governments in many cases are not elected representatives of their citizens and do not respond to the demands of the world public. So how can we expect countries that have repeatedly and persistently violated human rights to denounce human rights violations in other countries? Just remember that countries like Saudi Arabia and Syria sit on the Human Rights Council.

The main reason for the lack of sustained progress on human rights, however, is the ongoing impunity for those who violate them. The jurisdiction of the International Criminal Court is limited to its member countries. New ways of punishing offenders must therefore be sought. In cases where local courts are not able to provide justice, those countries committed to human rights must come to the aid of the victims of human rights violations and give them the opportunity to file complaints against their abusers.

In other words, it is time to talk about a globalisation of justice, meaning that those who violate human rights can be prosecuted in countries other than their own. Globalisation will only be considered a success if we succeed in globalising the judiciary.

China has long portrayed itself as a strong supporter of the Palestinian cause. It has also claimed that in sharp contrast to the stance of the USA, its position is based on ... END_OF_DOCUMENT_TOKEN_TO_BE_REPLACED

German Middle East analyst Guido Steinberg and television journalist Ulrich Tilgner have both published new books on the conflicts in the Middle East. Their analyses and their ... END_OF_DOCUMENT_TOKEN_TO_BE_REPLACED

On 27 March, Iran and China signed a 25-year accord intended to foster "strategic co-operation". Despite ongoing uncertainty over the deal's actual scope, content and chances of ... END_OF_DOCUMENT_TOKEN_TO_BE_REPLACED

Turkey launched its nationwide vaccination campaign with a Chinese vaccine in January. But the public focus is more on the desolate economic situation. Turkish politicians have ... END_OF_DOCUMENT_TOKEN_TO_BE_REPLACED

This 11 September marked the nineteenth anniversary of the terrorist attacks in New York and Washington. The wide-ranging repercussions of those attacks in the years since 2001 ... END_OF_DOCUMENT_TOKEN_TO_BE_REPLACED
Author:
Shirin Ebadi
Date:
Mail:
Send via mail

END_OF_DOCUMENT_TOKEN_TO_BE_REPLACED
Social media
and networks
Subscribe to our
newsletter