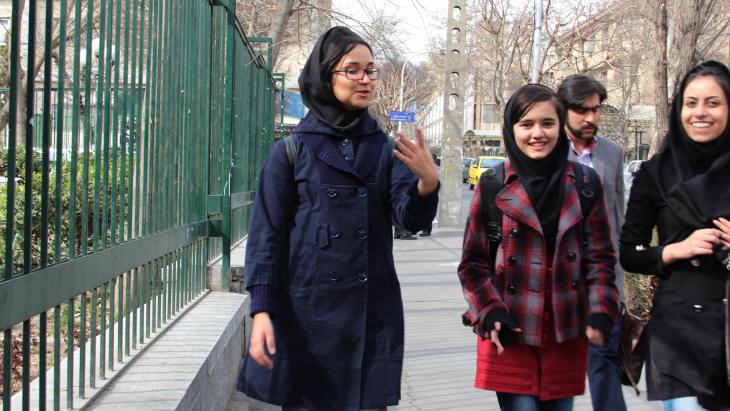 The University of Tehran
Winds of change blowing over the campus

As president of the University of Tehran, Farhad Rahbar made many enemies with his hard-line approach. His successor, Mohammad Hossein Omid, who started work in February, is seen as the great "hope" for the nation's most famous university. By Massoud Schirazi

Anyone walking along the University of Tehran's perimeter fence in Enghelab Street might well think that Iran's capital is populated only by students. Clusters of young people, reference books and college files pinned under their arms, professors with briefcases and young lecturers deep in conversation swish past each other. With assertive strides, the academics make their way through the never-ending sea of gridlocked evening traffic.

Enghelab Street is one of the busiest in Tehran. It is not only home to the country's most famous university, but also a huge book market stocking pretty much anything that fits between two book covers. Every centimetre of wall or power distributor box is completely covered with small brightly-coloured notes aimed at students. The flyers advertise a range of services such as the express typing of doctoral theses, translations and help in cramming for exams.

In front of the main gate, which is an assemblage of huge concrete arches, hangs a large greenish poster. It announces in calligraphic letters a speech by a hojatoleslam, or Shia legal scholar. Look through the fence that surrounds the main campus in the heart of Tehran, and you will see the now abandoned assembly hall. Weekly Friday prayers took place here until they were relocated to the east of the city late last year.

Change at the top

In mid-February, a management reshuffle took place at Tehran University that appeared to many students and professors to be an early "Nowruz" present (the Iranian New Year, which is celebrated on 21 March). The Ministry of Science announced that Farhad Rahbar, who had served as President of the University since February 2007, would no longer fill this post. He was replaced by Mohammad Hossein Omid, up to that point deputy finance director at the Ministry of Science. 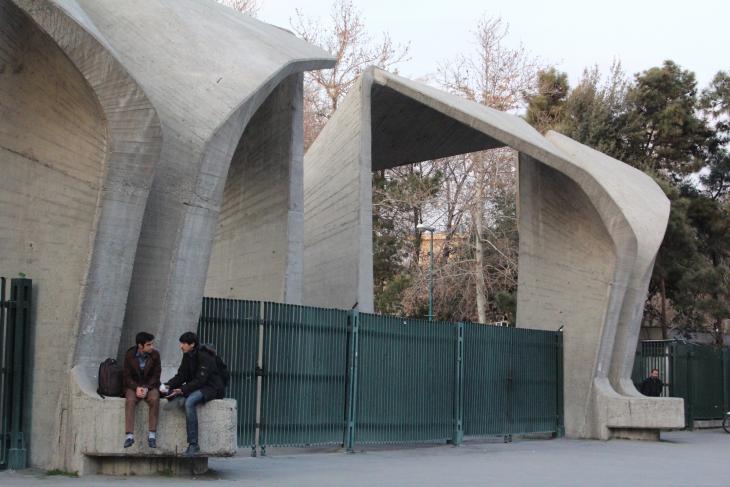 Tehran University, which is also known in Iran as the "mother university", is considered the top institute of education in Iran and one of the best in the Organisation of Islamic Countries although it has slid down the rankings in recent years

During the six years of his leadership, Rahbar's official acts attracted so much criticism that even the Basiji student association (militiamen loyal to the regime given preferential treatment at the university) recently protested. The accusations were numerous: 3,000 doctoral scholars were allegedly admitted without fulfilling the correct criteria during Rahbar's tenure. Rahbar also despatched more than 50 professors into retirement in recent years. Many of the enforced contract terminations are viewed as politically motivated.

One female student at the Faculty of Literature Studies, who asked to remain anonymous, claims to have experienced this development first hand. Like many of her fellow undergraduates, she says she is generally dissatisfied with the material being taught. "In recent years, many of the lecturers at our institute were hired on the basis of their degree of conformity," she says. The approach to tuition is conservative, she says, with critical questions usually being brushed aside.

In its 19 February edition, the reform-orientated newspaper "Shargh" dedicated an entire article to a critical appraisal of Rahbar's time in office. A play on words in the title of the article provides a clue as to the thrust of the piece: "Farhad Rahbar has gone, Omid has come". The surname of Rahbar's successor, Omid, means "hope" in Persian.

In addition to the alleged irregularities in the admittance of students and the enforced dismissal of professors, the newspaper investigates claims that as part of his hard-line course, Rahbar also systematically banned cultural programmes such as the university's own internal film festival.

The newspaper also addresses a general "decline in the quality of teaching", which it pins to the university's perpetual slide down the academic rankings in recent years. Even Ahmadinejad, initially regarded as a supporter of Rahbar, advocated his dismissal in the winter of 2012. Rouhani's presidency then gave rise to widespread expectations of a moderate approach at Tehran University. Many are now pinning their hopes on Omid. 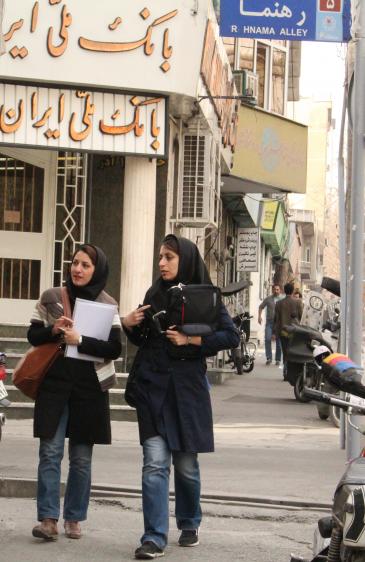 The University of Tehran was founded in 1934 and opened to female students a short time later. Women now account for approx. 60 per cent of all students in Iran

Since 1979, Iran's universities have been an important stage for the nation's political leadership. In a speech delivered in 2009, Supreme Leader Ali Khamenei said the time had come for an "Islamisation" of the academic world. He went on to say that subjects such as sociology were western-influenced and had no place on the Iranian-Islamic curriculum.

Following the 1979 Revolution, clerics closed the university for two years while the nation was subjected to a cultural revolution. At that time, on the orders of Khomeini, the country's most important university orchestrated the process of Islamisation. The ruling clergy went about enmeshing scholarship, religion and politics. Since then, the three have coexisted on the university campus like students in a house-share.

Friday prayers are the best example of this fusion. Up until recently, university loudspeakers rang out every Friday at midday with the speeches of alternating clerics, analysing current political events, philosophising on nuclear negotiations and the latest strategies employed by the West, defiantly evoking the strength of Iran and underpinning it with the tenets of Shiism.

From an academic point of view, Tehran University – referred to in Iran as the "mother university" – is also one of the Islamic Republic's main calling cards. In a comparison of universities by the OIC (Organisation of Islamic Countries) Tehran University ranked among the best institutions, especially as far as the output of academic papers is concerned – even during Rahbar's tenure.

If a report by the conservative newspaper "Kayhan" from 19 February is to be believed, the number of universities in Iran has increased more than tenfold since the Shah era – from 223 to 2,540. Most of the approx. 4.5 million students in Iran are women (around 60 per cent).

Mourad al-Marouai was just nine when a landmine killed him on a beach in war-torn Yemen, a tragedy that will haunt his family forever. After a swim, the little boy "suddenly ... END_OF_DOCUMENT_TOKEN_TO_BE_REPLACED

This year’s Morgenland Festival opened with the premiere of Kinan Azmeh’s musical theatre piece, “Songs for Days to Come”, based on fifteen poems by contemporary Syrian poets. ... END_OF_DOCUMENT_TOKEN_TO_BE_REPLACED

Rumi's poems, though generally stripped of their Islamic symbolism, are hugely popular around the world. Yet Islamic mysticism is still very much at the heart of these verses. ... END_OF_DOCUMENT_TOKEN_TO_BE_REPLACED

The Ukraine war is changing the global geopolitical landscape. Ali Khamenei, Iran's most powerful man, is already cosying up to Russia in anticipation of a harsh post-war reality ... END_OF_DOCUMENT_TOKEN_TO_BE_REPLACED

Analyst Iyad El-Baghdadi examines the ongoing tensions between the United States and the two Gulf states – Saudi Arabia and the UAE – and their geopolitical implications in ... END_OF_DOCUMENT_TOKEN_TO_BE_REPLACED

The Ukraine war has seen energy prices spike with oil producers in the Middle East making more money than ever. But will it put the brakes on long-planned reforms to diversify oil ... END_OF_DOCUMENT_TOKEN_TO_BE_REPLACED

Comments for this article: Winds of change blowing over the campus

END_OF_DOCUMENT_TOKEN_TO_BE_REPLACED
Social media
and networks
Subscribe to our
newsletter