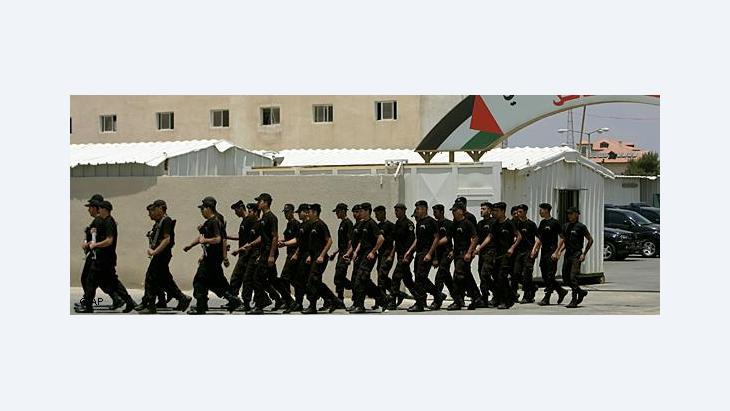 The Palestinians want their own independent state. Palestine was made a full member of UNESCO in October and Palestinian President Mahmoud Abbas has applied for full UN membership. But would a Palestinian state even be viable? Anne Allmeling reports

When Palestinian President Mahmoud Abbas made his formal application to the United Nations for Palestine to be recognized as a state in September, many Palestinians were thrilled. Their president, long seen as hesitant and indecisive, had gone on the offensive, rejecting any further negotiations for the time being. Peace talks with the Israelis over the past few years had in any case not made any substantial progress – when they actually took place at all.

Abbas' application was not popular with everyone, and it's far from certain that a majority of members of the UN Security Council would support it. France and Britain announced that they would not vote in favour of the motion. Other countries are at best reluctant or at worst strictly opposed to recognizing Palestine – partly out of a sense of solidarity with Israel and partly for reasons related to political power in general. 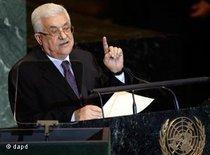 ​​On 11 October 2011, all of this was put on hold when the UN Security Council decided to put off a decision on the recognition of Palestine as a state. The Palestinians are now considering what to do next. But would a Palestinian state even be viable?

The Palestinian territories are split up, the economy is weak and the Israeli government doesn't appear to be interested in the creation of a stable Palestinian state, so even if the UN were to recognize Palestine, its government would face serious problems.

Many settlers oppose a Palestinian state

"To make a viable Palestinian state, Israel's settlement policy would have to be reversed," said Moshe Zimmermann, director of the Centre for German History at the Hebrew University of Jerusalem.

The settlements would have to be demolished, or the inhabitants of the settlements would have to become citizens of the new Palestinian state, said the Israeli historian. However, Israeli settlers want neither of these things, and most are strictly opposed to the establishment of a Palestinian state. Zimmermann also points to serious economic concerns resulting from the fact that Israeli occupation has led to a lack of investment and high unemployment.

The problems faced by the Palestinian economy may not be insurmountable, but Suleiman Abu Dayyeh believes that "from a purely economic point of view, a Palestinian state is not currently viable"

​​Suleiman Abu Dayyeh of the Friedrich Naumann Foundation in Jerusalem also believes these problems would cripple any Palestinian state. "From a purely economic point of view, a Palestinian state is not currently viable," he said. Abu Dayyeh sees the fact that the territory's borders to Egypt and Jordan are under Israel's control as one of the major factors.

"Palestine has no airport, there are no roads and no rail links with neighbouring countries," he said. At the same time, though, he is convinced that if these obstacles were to disappear, Palestine could become more independent through trade, transit and tourism, as well as light industry and agriculture.

Zimmermann believes the problems of the Palestinian economy are not insurmountable. While the Palestinians are economically disadvantaged, this doesn't mean they can't cooperate with one another. In fact, there are already areas in which the two sides cooperate. "This can be further developed, so that one day we may be able to say yes, a Palestinian state may be viable," said Zimmermann.

​​He also sees no problem when it comes to the unresolved question of the fate of Palestinian refugees. If it were up to him, anybody who wanted to return could return. "This is of course difficult," he said, "but it is possible. I do not think the majority of the millions of Palestinians who now live elsewhere will choose to return to Israel or an Arab State of Palestine." He argues that many of them would simply accept that their lives are now elsewhere, in places like Bahrain, Jordan or Canada.

Not everyone favours the two-state solution

Zimmermann, though, does see a major obstacle in the form of the Israeli government. He is convinced that Prime Minister Benjamin Netanyahu and his foreign minister, Avigdor Lieberman, are not interested in a Palestinian state.

"There is a very strong right-wing group in Israel which sees all of the Palestinian territories as part of the state of Israel," said Zimmermann. This group may reject the creation of a Palestinian state, "but the Israeli government cannot say it openly, because it has committed itself to accepting the two-state solution," he added.

According to this view, there is a major gap between what the Israeli government says and what it does, as it finds itself torn between the desire to resolve the conflict and the settlement of Palestinian areas.

Home
Print
Newsletter
More on this topic
Full UNESCO Membership for Palestine: A Small, Albeit Costly, VictoryPalestinian Refugees in Lebanon: Bequeathed Refugee StatusInterview with Moshe Zimmermann: ''One Has to Be in Favour of the UN Resolution''
Related Topics
All Topics
Date:
Mail:
Send via mail

END_OF_DOCUMENT_TOKEN_TO_BE_REPLACED
Social media
and networks
Subscribe to our
newsletter