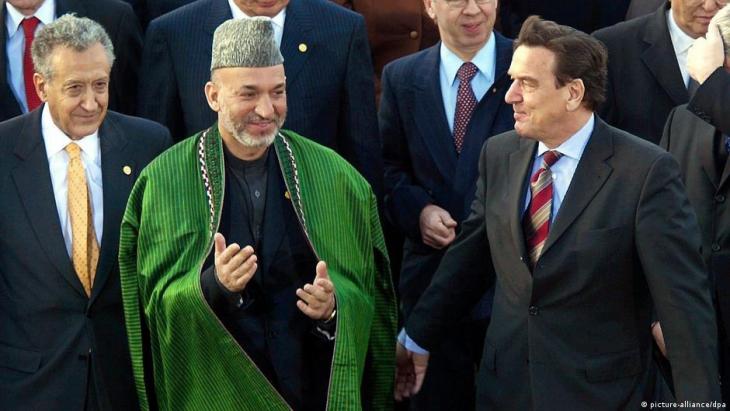 The West's neo-colonialism
Why nation-building failed in Afghanistan

Although the United States clearly could have done a better job of managing its departure from Afghanistan, the tragedy playing out this month has been 20 years in the making. From the outset, America and its allies embraced – and never reconsidered – a top-down state-building strategy that was always destined to fail. Commentary by Daron Acemoglu

The United States invaded Afghanistan 20 years ago with the hope of rebuilding a country that had become a scourge to the world and its own people. As General Stanley McChrystal explained in the run-up to the 2009 surge of U.S. troops, the objective was that the "government of Afghanistan sufficiently control its territory to support regional stability and prevent its use for international terrorism."

Now, with more than 100,000 lives lost and some $2 trillion spent, all America has to show for its effort are this month’s scenes of a desperate scramble out of the country – a humiliating collapse reminiscent of the fall of Saigon in 1975. What went wrong?

Pretty much everything, but not in the way that most people think. While poor planning and a lack of accurate intelligence certainly contributed to the disaster, the problem has in fact been 20 years in the making.

The U.S. understood early on that the only way to create a stable country with some semblance of law and order was to establish robust state institutions. Encouraged by many experts and now-defunct theories, the U.S. military framed this challenge as an engineering problem: Afghanistan lacked state institutions, a functioning security force, courts, and knowledgeable bureaucrats, so the solution was to pour in resources and transfer expertise from foreigners.

NGOs and the broader Western foreign-aid complex were there to help in their own way (whether the locals wanted them to or not). And because their work required some degree of stability, foreign soldiers – mainly NATO forces, but also private contractors – were deployed to maintain security. 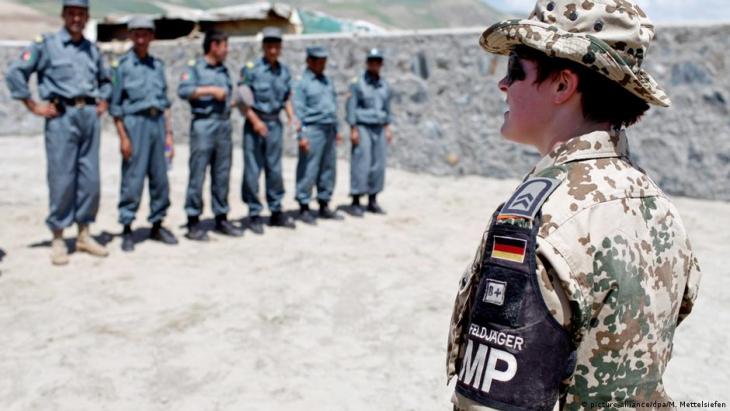 An engineering problem, nothing more: Afghanistan lacked state institutions, a functioning security force, courts, and knowledgeable bureaucrats, so the solution was to pour in resources and transfer expertise from foreigners. NGOs and the broader Western foreign-aid complex were there to help in their own way (whether the locals wanted them to or not). And because their work required some degree of stability, foreign soldiers – mainly NATO forces, but also private contractors – were deployed to maintain security

The imposition of Western will

In viewing nation-building as a top-down, "state-first" process, U.S. policymakers were following a venerable tradition in political science. The assumption is that if you can establish overwhelming military dominance over a territory and subdue all other sources of power, you can then impose your will. Yet in most places, this theory is only half right, at best; and in Afghanistan, it was dead wrong.

Of course, Afghanistan needed a functioning state. But the presumption that one could be imposed from above by foreign forces was misplaced. This approach makes no sense when your starting point is a deeply heterogeneous society organised around local customs and norms, where state institutions have long been absent or impaired.

True, the top-down approach to state-building has worked in some cases (such as the Qin dynasty in China or the Ottoman Empire). But most states have been constructed not by force, but by compromise and co-operation. The successful centralisation of power under state institutions more commonly involves the assent and co-operation of the people subject to it. In this model, the state is not imposed on a society against its wishes; rather, state institutions build legitimacy by securing a modicum of popular support.

This does not mean that the U.S. should have worked with the Taliban. But it does mean that it should have worked more closely with different local groups, rather than pouring resources into the corrupt, non-representative regime of Afghanistan’s first post-Taliban president, Hamid Karzai (and his brothers).

What happens when top-down state-building efforts are proceeding against a society’s wishes? In a fiercely independent, well-armed society with a long tradition of blood feuds and a recent history of civil war, the most likely response is violent conflict. Arguably things might have turned out differently if Pakistan’s Inter-Services Intelligence agency had not supported the Taliban when it was militarily defeated, if NATO drone attacks had not further alienated the population, and if U.S.-backed Afghan elites had not been extravagantly corrupt

Ashraf Ghani, the U.S.-backed Afghan president who fled to the United Arab Emirates this week, co-authored a book in 2009 documenting how this strategy had fuelled corruption and failed to achieve its stated purpose. Once in power, however, Ghani continued down the same road.

Not a bargain the Afghans wanted

The situation that the U.S. confronted in Afghanistan was even worse than is typical for aspiring nation builders. From the very beginning, the Afghan population perceived the U.S. presence as a foreign operation intended to weaken their society. That was not a bargain they wanted.

What happens when top-down state-building efforts are proceeding against a society’s wishes? In many places, the only attractive option is to withdraw. Sometimes, this takes the form of a physical exodus, as James C. Scott shows in The Art of Not Being Governed, his study of the Zomia people in Southeast Asia. Or it could mean co-habitation without co-operation, as in the case of Scots in Britain or Catalans in Spain. But in a fiercely independent, well-armed society with a long tradition of blood feuds and a recent history of civil war, the more likely response is violent conflict.

Perhaps things could have turned out differently if Pakistan’s Inter-Services Intelligence agency had not supported the Taliban when it was militarily defeated, if NATO drone attacks had not further alienated the population, and if U.S.-backed Afghan elites had not been extravagantly corrupt. But the cards were stacked against America’s state-first strategy.

And the fact is, U.S. leaders should have known better. As Melissa Dell and Pablo Querubín document, America adopted a similar top-down strategy in Vietnam, and it backfired spectacularly. Places that were bombed to subdue the Viet Cong became even more supportive of the anti-American insurgency.

Taliban seize power in Afghanistan: "The war is over"

Transfer of power in Kabul: the Taliban have entered Afghanistan's capital and announced their victory in the presidential palace. They faced no resistance; Afghan President Ashraf Ghani has fled the country. There is great insecurity among the population. By Christian Walz 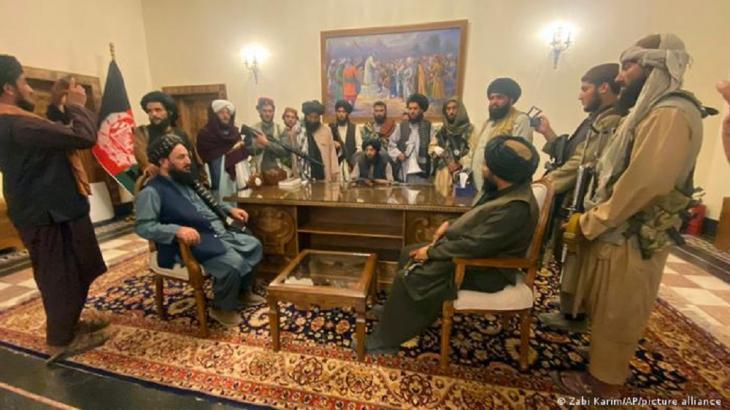 Taliban at the seat of power: after a surprisingly quick campaign of conquest in Afghanistan, the Islamist Taliban have declared victory. Just over three months after the start of the international troop withdrawal from the country in the Hindu Kush, they have occupied the palace of President Ashraf Ghani 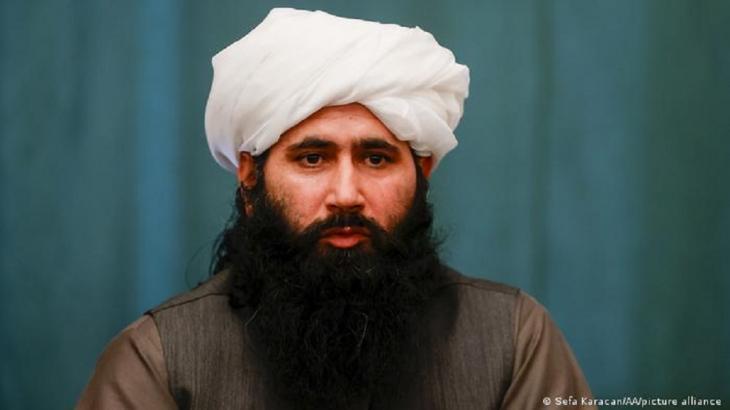 "The war in Afghanistan is over," said Mohammad Naeem (archive photo), a spokesman for the Taliban political bureau. "We ask all countries and organisations to sit with us to solve all problems," he added. The shape of the future government will be decided soon, he said 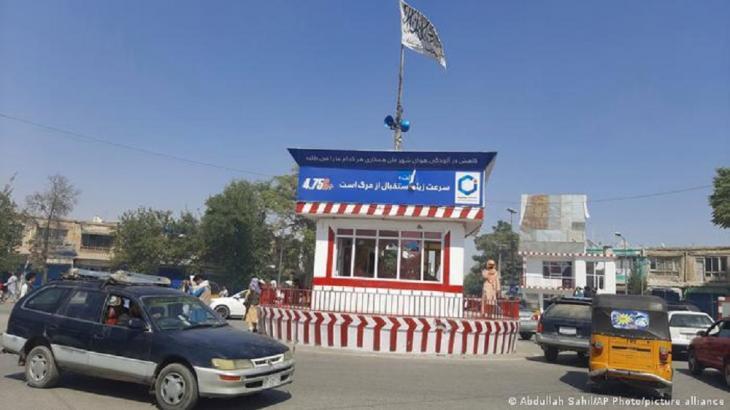 Symbol of the West's failure: in many places, the Taliban have already hoisted their flag – like here in the central square of Kunduz. The capture of the provincial capital in north-eastern Afghanistan a few days ago was a shock for the Western community. German soldiers had been stationed in Kunduz for ten years 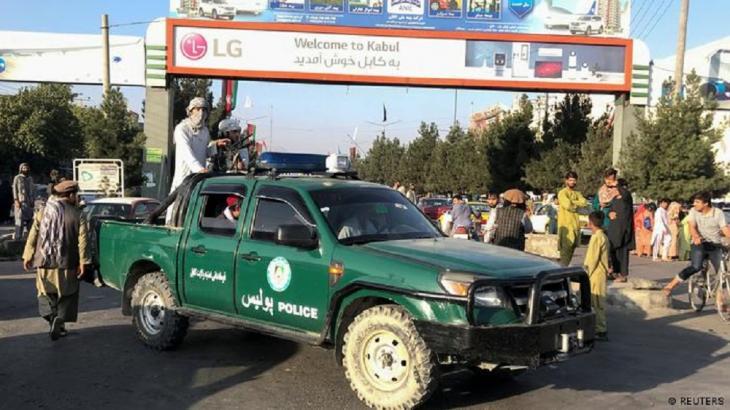 In recent years, the USA invested tens of billions of dollars in training and equipping the Afghan military and police. With the surrender of government troops in many places, almost without a fight, weapons and equipment are now falling into the hands of the Islamists. Here, Taliban fighters patrol in a police vehicle outside Kabul airport 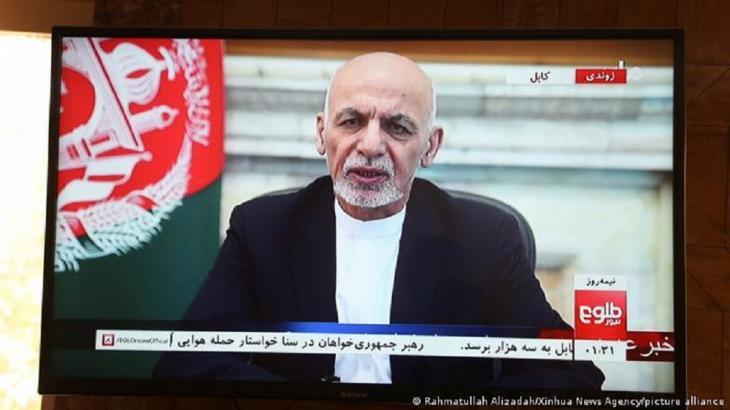 Ghani already abroad: the Afghan president – shown here during a televised speech on Saturday – is said to have fled to Uzbekistan. Ghani had fled to the Uzbek capital Tashkent together with his chief of staff, the broadcaster Al-Jazeera reported, citing a bodyguard 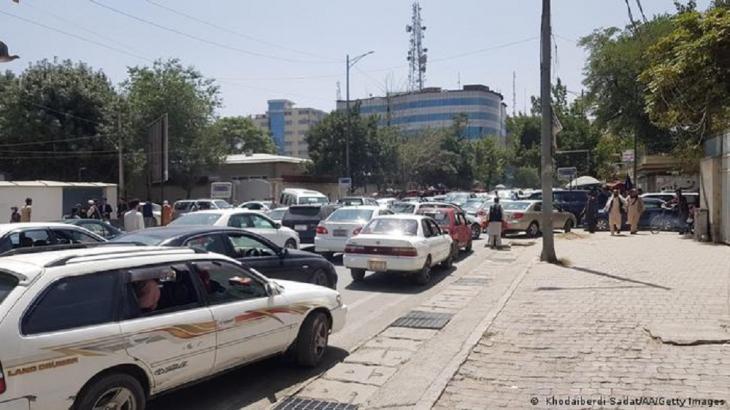 Traffic jams on Kabul's roads on Sunday: many Afghans are desperate to leave the country quickly. According to media reports, the Taliban have ordered that no one be prevented from leaving. Many people are also making their way to the airport on foot 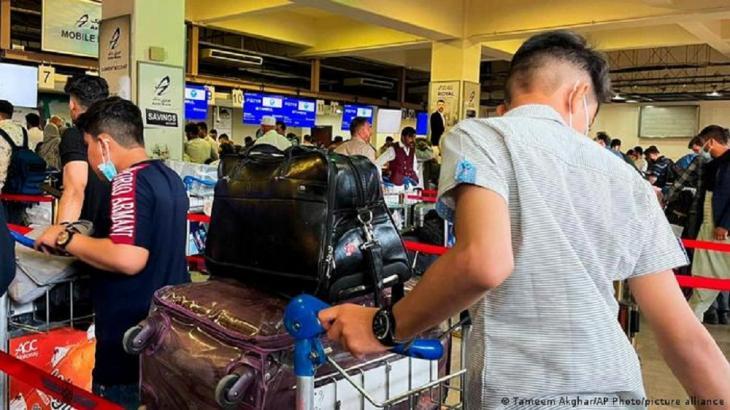 Several countries have called on their citizens to leave Afghanistan immediately. Long queues have formed in front of the counters at Kabul airport in recent days. The German government in Berlin is also pushing for the repatriation of Germans and local staff 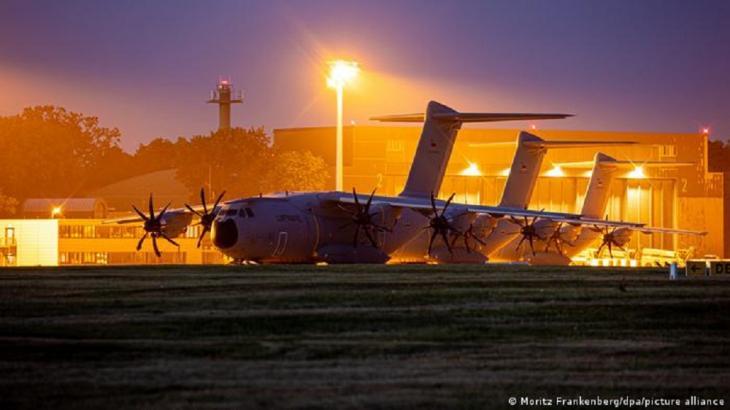 Evacuation operation started: "We are now doing everything we can to enable our nationals and our former local staff to leave the country in the coming days," said Foreign Minister Heiko Maas. German Armed Forces aircraft took off towards Afghanistan on Sunday evening to support the evacuation

So much for "hearts and minds"

Even more telling is the U.S. military’s own recent experience in Iraq. As research by Eli Berman, Jacob Shapiro, and Joseph Felter shows, the "surge" there worked much better when Americans tried to win hearts and minds by cultivating the support of local groups. Similarly, my own work with Ali Cheema, Asim Khwaja, and James Robinson finds that in rural Pakistan, people turn to non-state actors precisely when they think state institutions are ineffective and foreign to them.

None of this means that the withdrawal could not have been managed better. But after 20 years of misguided efforts, the U.S. was destined to fail in its twin objectives of withdrawing from Afghanistan and leaving behind a stable, law-based society.

The result is an immense human tragedy. Even if the Taliban do not revert to their worst practices, Afghan men and especially women will pay a high price for America’s failures in the years and decades ahead.

Daron Acemoglu, Professor of Economics at MIT, is co-author (with James A. Robinson) of Why Nations Fail: The Origins of Power, Prosperity and Poverty and The Narrow Corridor: States, Societies, and the Fate of Liberty.

Since seizing power in mid-2021, the Taliban have continued to restrict the rights of Afghan women and girls. At the end of 2022, they banned women from attending higher education ... END_OF_DOCUMENT_TOKEN_TO_BE_REPLACED

Since returning to power in Afghanistan, the Taliban have steadily eroded the rights and opportunities of women and girls, particularly their access to education. But Afghans are ... END_OF_DOCUMENT_TOKEN_TO_BE_REPLACED

German imams have publicly expressed their solidarity with the women of Afghanistan. In a letter of protest, the clerics say that the Taliban regime's decree barring women from ... END_OF_DOCUMENT_TOKEN_TO_BE_REPLACED

At the end of every year, the team at Qantara.de gives you a run-down of the ten most-read articles on the site over the past 12 months. Here is a quick overview of the stories ... END_OF_DOCUMENT_TOKEN_TO_BE_REPLACED

The "Weiter Schreiben" (Keep Writing) project promotes literature from war-torn and crisis-stricken regions and has, most recently, shone its spotlight on Afghanistan. Afghan ... END_OF_DOCUMENT_TOKEN_TO_BE_REPLACED

The Islamic Republic has been unable to quell the civil unrest that erupted three months ago, after Mahsa Amini died after being detained for violating hijab rules. Now the ... END_OF_DOCUMENT_TOKEN_TO_BE_REPLACED
Author:
Daron Acemoglu
Date:
Mail:
Send via mail

END_OF_DOCUMENT_TOKEN_TO_BE_REPLACED
Social media
and networks
Subscribe to our
newsletter