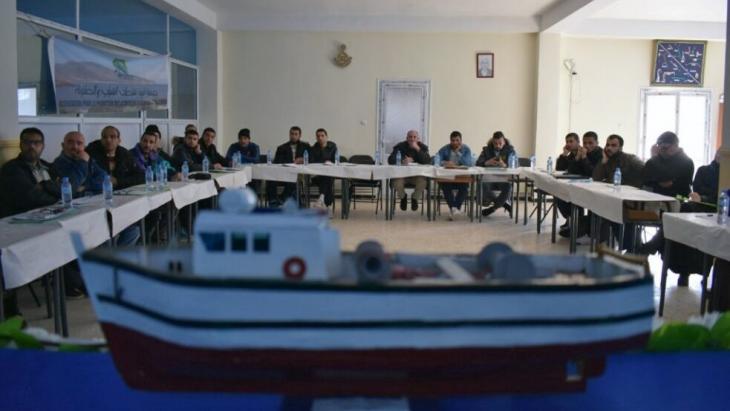 Among the greatest threats to Algeria’s 1,622 km long coastline are irresponsible fishing practices and a complacency about marine pollution, especially plastic waste. The HOME environmental association in Tipaza is trying to change that. By Nourredine Bessadi

Algeria is the largest country in Africa, covering a diverse stretch of land that extends from the Mediterranean coast to the sandy dunes of the Sahara Desert.

Despite its 1,622 km long coastline, Algeria remains very little affected by mass tourism and the problems associated with it. But that does not mean its coast is immune to detrimental human impact, such as pollution. Instead of littering tourists, it struggles with disturbances caused by economic activity, such as fishing and waste shipments. Waste water also remains one of its biggest threats.

Theoretically, there are laws that protect the Algerian coast, but these are barely enforced. The sobering reality is that in industrial zones like Arzew, Skikda, and Ghazaouet, waste is discharged directly into the sea. Not to mention that ships, transporting waste and other cargo to and from Algerian ports, are the frequent source of oil spills.

Solid waste is invading the coastline

One of the most visible types of pollution in coastal areas is solid waste, especially plastic, such as bags and packaging, cans and bottles of beer, pieces of rags, or tyres. Over her 35 years of experience as a scuba-diver, Samia Balistrou has seen this waste gradually invade the coastline.

She came to the conclusion that action was urgently needed. In 2015, she founded HOME an environmental association based in Tipaza, a coastal city 70 kilometres east of Algiers. "The association was born to meet an urgent need: the protection of the sea and the coast," says Samia, who is familiar with the Mediterranean in all its facets and has closely observed the evolution of its environment. 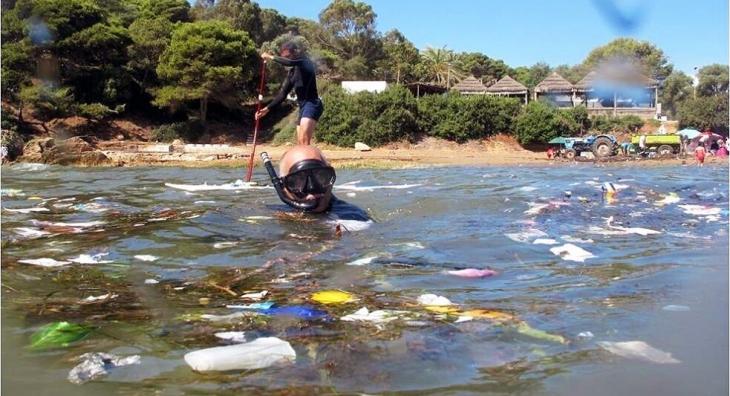 Fighting the tide of waste: HOME environmental association, based in Tipaza, cleans up the coasts and the sea – here at Corne D'Or. Even today, in industrial zones such as Arzew, Skikda and Ghazaouet, waste is still being discharged directly into the sea. Not to mention that ships, transporting waste and other cargo to and from Algerian ports, are the frequent source of oil spills

As a privileged witness to an impending ecological disaster, Samia began to raise awareness about the dangers that lay in wait for the sea. She did so through writing and radio broadcasts. She produced and hosted two programmes: one on the environment and the other on the sea, entitled Sawt el-Bahr (Voice of the Sea). Those "received very good feedback but remained without significant impact on decision-makers and the behaviour of citizens," says Samia.

Hence, she came up with the idea of an association in which friends of the sea and environment could be united in their efforts to change the way society thinks and acts. HOME was the name she chose for "her baby", as Samia lovingly calls the organisation, "in tribute to the film by Yann Arthus-Bertrand, which affected me a lot."

In one of her live broadcasts on the radio, Samia interviewed a fisherman who complained that he was recovering more and more plastic from his nets. To the question of what he was doing with the waste, the fisherman replied simply: "I throw it back into the sea!"

Saturday's historically low election turnout was a reflection of Algerians' ongoing frustration with the political status quo. Faced with mounting state repression, however, the ... END_OF_DOCUMENT_TOKEN_TO_BE_REPLACED

Algerian scholar Said Djabelkhir rejects the charge of "offending Islam". In interview with Ismail Assam, he maintains that he has been wilfully misconstrued. At the same time, he ... END_OF_DOCUMENT_TOKEN_TO_BE_REPLACED

Morocco and the European Union are at cross purposes when it comes to the Western Sahara. And, as Germany does not support Moroccan claims to the territory, a major conflict has ... END_OF_DOCUMENT_TOKEN_TO_BE_REPLACED

Recep Tayyip Erdogan, disappointed by the European Union’s reluctance to integrate Turkey into its ranks, has re-directed his country’s diplomacy toward the Maghreb and Africa to ... END_OF_DOCUMENT_TOKEN_TO_BE_REPLACED

Using a graphic novel to address a contentious issue like the Algerian war of independence may seem an odd choice, but new release "Algeriennes", translated into English by Ivanka ... END_OF_DOCUMENT_TOKEN_TO_BE_REPLACED

Since February 2019, millions of Algerians have been demonstrating against the government. They first took to the streets to demand more democracy and protest the renewed ... END_OF_DOCUMENT_TOKEN_TO_BE_REPLACED
Author:
Nourredine Bessadi
Date:
Mail:
Send via mail

END_OF_DOCUMENT_TOKEN_TO_BE_REPLACED
Social media
and networks
Subscribe to our
newsletter