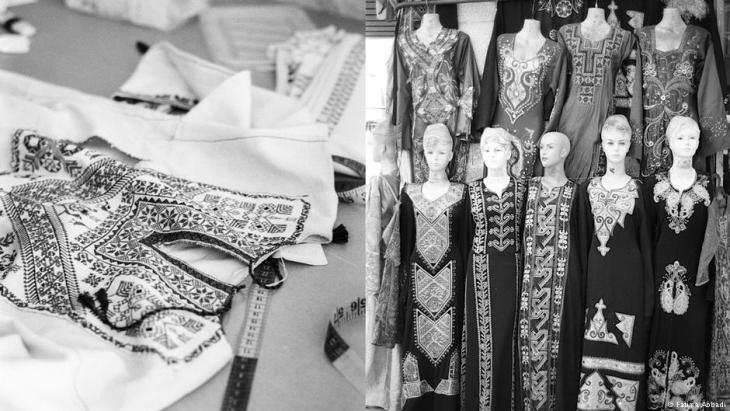 Once practiced by village women across Palestine, "tatreez" has become a symbol of women's resistance, identity and heritage. However, as Abbadi points out in an interview with Jan Tomes, this unique piece of Palestinian cultural heritage is now in danger of dying out

Tatreez has always been a female domain. How has it contributed to the emancipation of Palestinian women?

Fatima Abbadi: It is a very powerful tool. Before the exodus of 1948, when the state of Israel was established, Palestinian women enjoyed a strong, independent role in Palestinian society. Women were respected and the way they embroidered their dresses reflected their position. They often used luxurious materials such as silk, linen or brocades from Syria that were adorned with stitching made of gold or other precious metals. Women would go to schools, universities, they were able to travel abroad, visit operas or cinemas — they even collected funds and distributed food during the Arab revolt in the 1930s.

After the expulsion of Palestinians into refugee camps, women found themselves, in most cases for the first time, in need of employment to support their families financially. Since the craft was a common female hobby, many of them established embroidery studios to gain money. It was not only the opportunity to pass down the tradition of tatreez to the younger generation, but also to gain independence and be empowered. 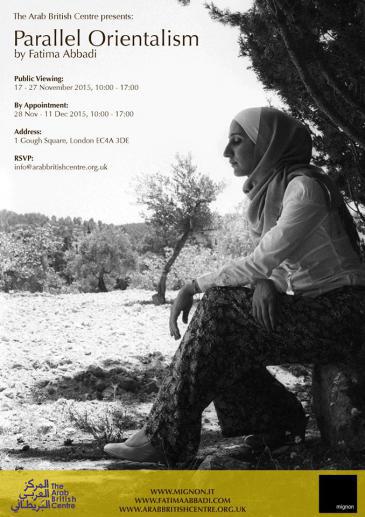 In her photo collection "Parallel Orientalism", the tatreez expert Fatima Abbadi with Jordanian-Palestinian and Italian roots challenges stereotypes and deeply-rooted cliches about women in the East and West. While working on the book, she rediscovered the lavish colours and textures of tatreez embroidery. "It's something strongly linked to national culture and identity. The patterns recall stories of women and their surroundings," explains Abbadi

How did these historical events change tatreez?

Abbadi: The uprooting created a deadlock situation for the embroidery due to the difficulties that Palestinian women faced. Since they had to take a more proactive role in society, they had neither the time nor the finances to embroider luxury garments for themselves.

We had to wait until the 1960s for tatreez to make a comeback. But the reappearance took a very different form. Cotton threads and cheap, functional fabrics replaced lush textiles, which reflected the social and economic reality of life in Palestine. In addition, simple Western geometrical patterns started to occur due to the lack of time to embroider.

In contrast to Western fashions, however, every tatreez pattern has a meaning for its wearer and those who can read them. What stories can it tell?

Abbadi: They can symbolise health, prosperity, protection or even marital status. Of course, the patterns can differ significantly from one region to another. In Ramallah, for instance, you'll see the motifs of cypresses, palm trees and feathers on either pale-coloured or black linen. A large pendant pattern on the chest is unique to Gaza. Pasha tents and moons on a dark blue dress are typical for the area of Hebron.

Bethlehem used to be known as the fashion centre of Palestine, where techniques from Turkey, Greece and Persia fused with the local symbols of roses and apple branches.

In Galilee, a land strongly influenced by Syrian and Lebanese traditions, dresses were less embroidered since women there worked the fields alongside men.

In your work, you stress the role of tatreez as a "social network". How did that come about?

Abbadi: This type of communication has its roots in the late 1980s. During the First Intifada, the Palestinian uprising against the Israeli occupation of the West Bank and Gaza, it was prohibited and considered a danger to public order to display the Palestinian flag.

Women then played an important role in the political resistance by creating a new form of visual discourse. They combined traditional motifs of tatreez with emblems of maps, flags or political slogans.

It was a sign of protest and solidarity, a symbol of political attitude similar to what #MeToo and #TimesUp represent nowadays. But even today, tatreez still binds people together and you'll find it everywhere, from shoes to bags, cushions, table runners, lamps, mirror frames and even mugs. Embroidered dresses hang in museums and many Arab pop stars, such as singer Rim Banna, wear tatreez during their gigs. 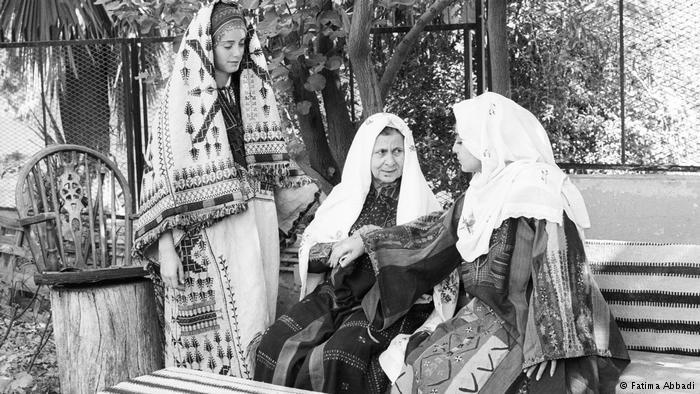 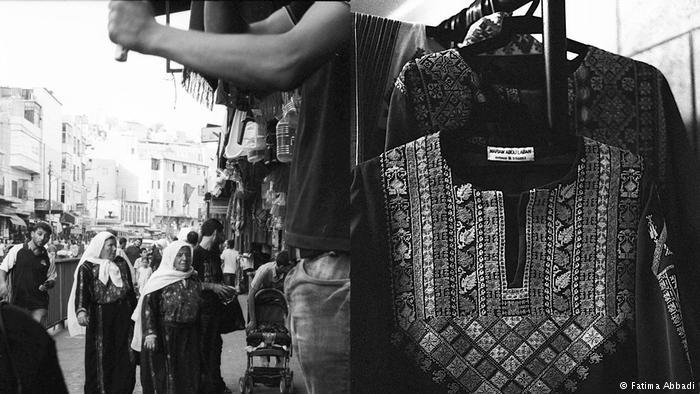 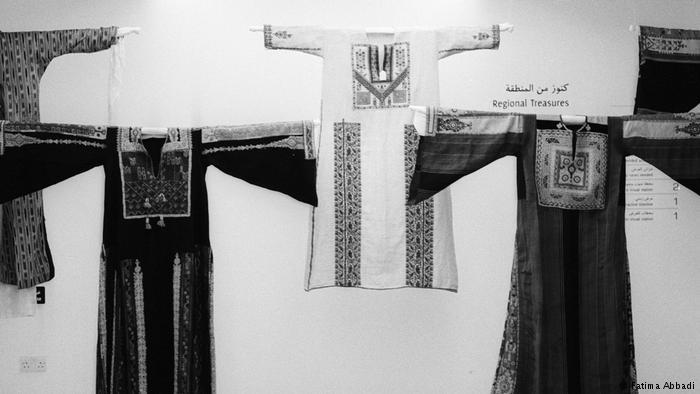 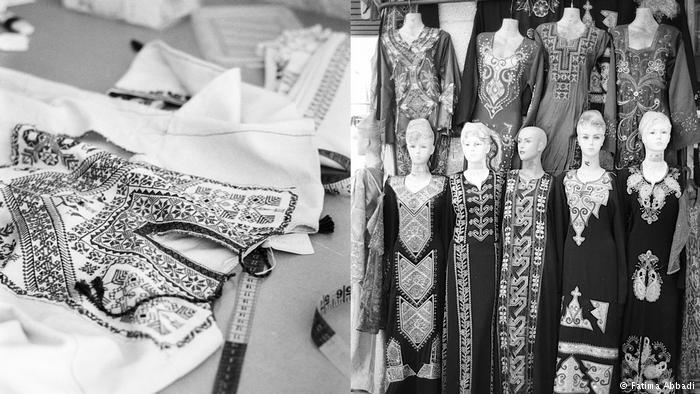 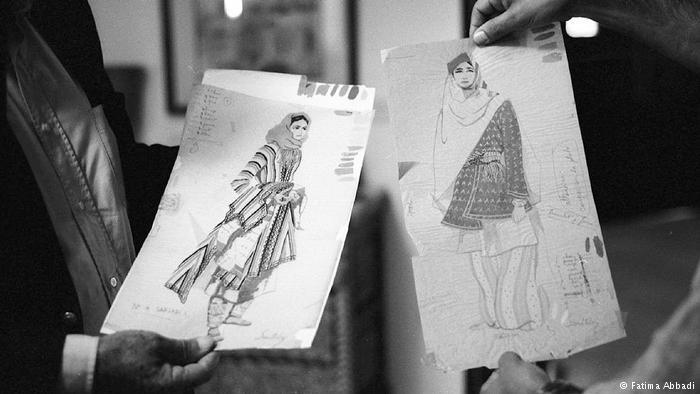 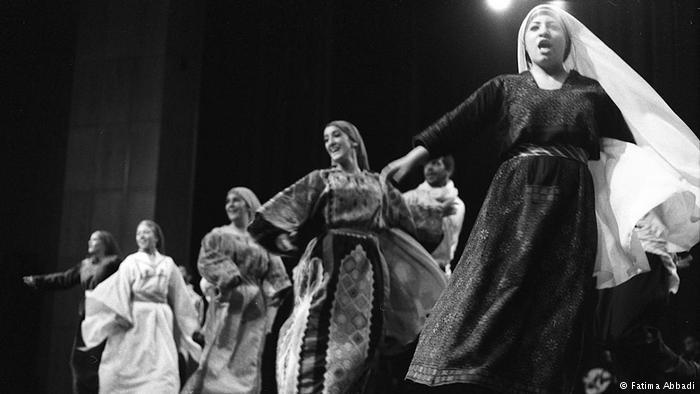 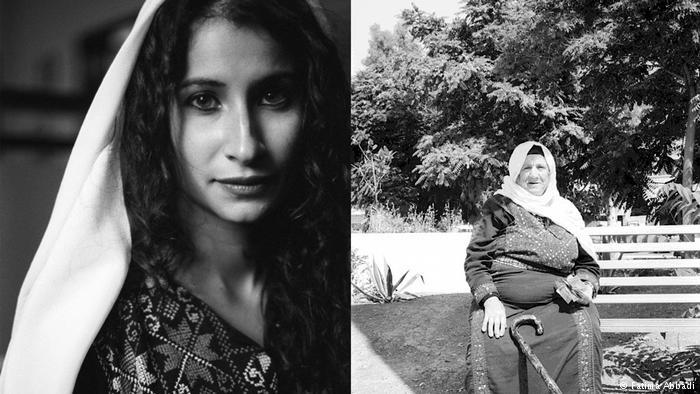 One of the recurring themes of your work is the Westernisation of the Middle East. How has globalisation influenced tatreez?

Abbadi: Westernisation and modernisation are important processes and both have played a crucial role in defining the current shape of tatreez. The new generation of Palestinian fashion designers is introducing fresh forms and combines traditional patterns with European styles, for instance; now – thanks to technological and social advances – Palestinian women can produce and export the embroidery on a large scale.

But globalisation has its disadvantages. Most people have lost the ability to "read" tatreez, to recognise the meaning of colours, shapes and symbols, chiefly due to the loss of secular women's practices and heritage. Many young people today consume imagery only superficially; as a result they are unable to acknowledge the complexity of the embroidery. Likewise, many prominent western fashion brands use tatreez without identifying the original source. As a result, this cultural tradition is now under threat.

Fatima Abbadi's work on tatreez is currently on show at the Vrije University in Amsterdam.

Home
Print
Newsletter
More on this topic
Protest and culture in Palestine: Make art, not warMohammad Sabaaneh′s "White and Black: Political Cartoons from Palestine": Punching through the glassInterview with Palestinian poet and artist Farid Bitar: ″I must either be the voice of sanity or justice″
Related Topics
Art, History of the Near and Middle East, Muslim women, Visual arts, Women in the Islamic world
All Topics

Asmaa al-Atawna's debut novel "Missing Picture" has been published in German translation (Keine Luft zum Atmen – Mein Weg in die Freiheit). In it, she describes life in Gaza from ... END_OF_DOCUMENT_TOKEN_TO_BE_REPLACED

Palestinian Christians are an integral part of the Palestinian national movement. This is the conclusion reached by the Chilean-born Palestinian political scientist Xavier Abu Eid ... END_OF_DOCUMENT_TOKEN_TO_BE_REPLACED

Jesus – Issa in Arabic – doesn’t merely enjoy the highest place among the prophets in the Koran. He is also revered in Islam’s mystical tradition for his message of love and mercy ... END_OF_DOCUMENT_TOKEN_TO_BE_REPLACED 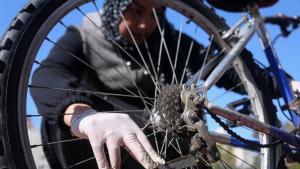 After helping her daughter survive cancer, Rania Shaik has dedicated herself to bringing joy to the women of Gaza by letting them loose on two wheels. Ziad Ali reports END_OF_DOCUMENT_TOKEN_TO_BE_REPLACED

With reported hostilities against Israeli journalists and the flag of the Palestinian territories flying on the streets and in the stadiums, it is clear the World Cup in Qatar is ... END_OF_DOCUMENT_TOKEN_TO_BE_REPLACED
Author:
Jan Tomes
Date:
Mail:
Send via mail

END_OF_DOCUMENT_TOKEN_TO_BE_REPLACED
Social media
and networks
Subscribe to our
newsletter