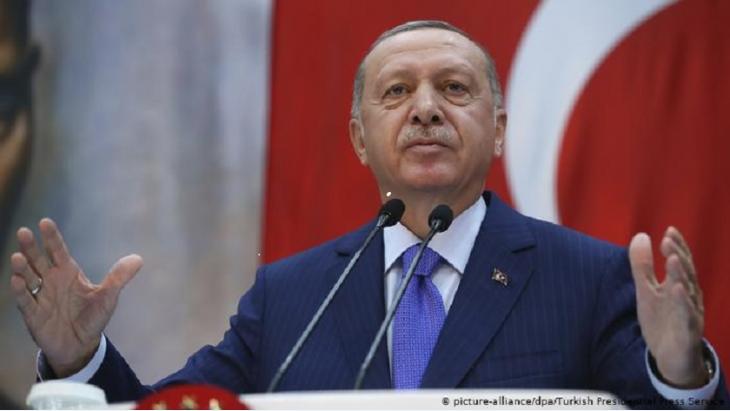 Fraught with disagreement, relations between the EU and Turkey under Erdogan have rarely been easy. Bearing in mind recent developments, the Union needs to present a clear and united front in its dealings with Ankara. By Marc Pierini

During the past few months Turkey has launched several bold foreign policy initiatives, often with a strong military component. After much debate, the European Council, on 1 October, decided to take a soft line toward Ankara by offering it incentives and side-lining the idea of imposing sanctions. Does such an approach create strategic risks for the European Union and NATO?

The European Union is, by construction, a benevolent entity promoting the peaceful resolution of conflicts with and among its neighbours. Among European leaders, German Chancellor Angela Merkel has been particularly conciliatory with Turkey, as illustrated by the personal role she played in negotiating the refugee deal in 2015–2016 and the European Council’s conclusions on 1 October.

However, this last episode is troubling. European leaders came together to discuss relations with Turkey following months of unilateral moves by Ankara against EU interests in Syria, Libya, the Eastern Mediterranean, and the land border with Greece.

Yet, after prolonged talk of sanctions the European Council offered a respite to Turkey. Not a word on the dismal state of the rule of law – at a time when the situation in Belarus and the apparent poisoning of Russian opposition figure Alexei Navalny worry European leaders – and when suppression of Turkish civil society and political opponents continues unabated. 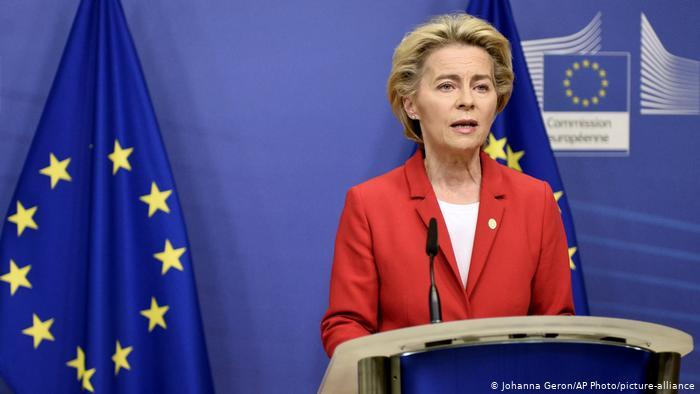 Diametrically opposed to EU political culture: Turkey’s expansionist activities and disruptive foreign policy initiatives are at odds with the European Union’s and NATO’s interests. Allowing an autocratic Turkey to pursue adversarial steps on Europe’s south-eastern confines is not a strategy. It is a mere expedient that will come back to haunt EU leaders

And there was only a hint about sanctions, even as European leaders adopted the "silver tray approach" seen during the 2015 refugee crisis, offering multiple benefits to Ankara, such as a renovation of the customs union with the EU, progress on visas, and the prospect of more money for Syrian refugees, apparently believing that they could assuage President Recep Tayyip Erdogan.

True, Merkel is facing a distinct situation. The opinion of 3.5 million Germans of Turkish origin matters, trade and investment with Turkey are important, and Germany fears that a new wave of refugees could head to Germany if the EU adopts a harder line toward Ankara. However, what was missing on 1 October was a lucid diagnosis of Turkey’s trajectory and its consequences for Europe and NATO.

Ankara’s militarised diplomacy is deeply rooted in domestic politics. At a time when the economy is at a cliff’s edge and the popularity of the Islamist-nationalist coalition is waning, Erdogan needs to portray himself as the saviour of a nation attacked on all sides so that he can cruise through the 2023 elections and centennial celebrations.

Ankara seeks to coalesce Turkey’s nationalist fervour around the president by resuscitating old (and real) disputes– maritime boundaries with Greece and Cyprus and the conflict in Nagorno-Karabakh – and venturing into foreign territories, such as northern Syria, Libya, and northern Iraq, and deploying reinforced military assets in support of its disruptive diplomacy.

For Turkey, this is probably a time of multiple opportunities. The EU is perceived as a paper tiger incapable of agreeing quickly on foreign policy issues. The pro-Turkish Merkel will leave power in just a year. The United States is engulfed in a massive pandemic and paralysed by a divisive presidential campaign. 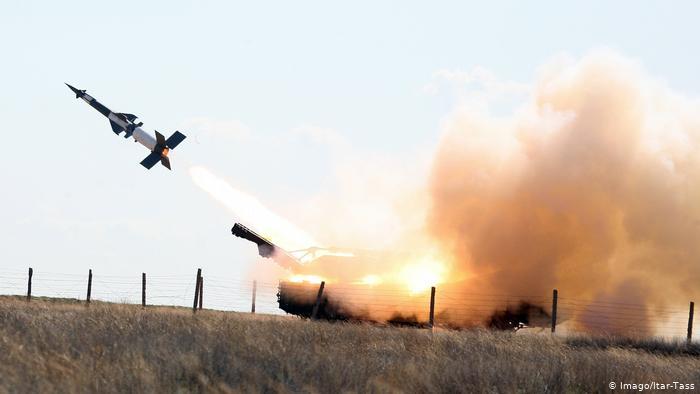 Turkey’s leadership sees a concurrence of domestic political imperatives, a window of opportunity, and a sense of renewed military power. By sowing confusion among all its partners, it is hoping to position itself as a crucial player that nobody can ignore and few can fight, writes Pierini

NATO’s strength is weakened by Turkey’s deployment of Russian S-400 missiles alongside assets critical for the alliance’s operations. The bilateral relationship with Moscow is increasingly complex, but offers Ankara opportunities to emerge as a rival to Moscow on the international stage, whether in Syria, Libya, or now in the Armenia-Azerbaijan conflict.

In parallel, Turkey’s military capacity to inflict damage to conventional forces has recently been boosted by the use of armed drones in northern Syria, Iraq, western Libya, and now Nagorno-Karabakh. Moreover, this is only a beginning, as new air and naval assets will come into service in 2021 and beyond.

Turkey’s leadership sees a concurrence of domestic political imperatives, a window of opportunity, and a sense of renewed military power. By sowing confusion among all its partners, it is hoping to position itself as a crucial player that nobody can ignore and few can fight.

A sacred site in Jerusalem – The new Saladin

In such a context, the European Council conclusions weren’t much of an achievement. Why? Revamping the customs union would require a level playing field for EU operators in Turkey, but there is no independent judiciary there anymore. Visa facilitation would need a different Turkish anti-terror law, which is nowhere in sight.

And the offer to convene an Eastern Mediterranean conference is a terrible idea, as the EU would agree, in one go, to recognise the Turkish Republic of Northern Cyprus, sit across from Syrian President Bashar al-Assad’s representatives, and sponsor a platform for Turkey’s vindictive narratives.

In hindsight, the European Council only managed to kick the Turkish can down the road, hoping for a more conciliatory attitude from Ankara, rather than considering containment. Was a strategic risk overlooked or minimised?

It certainly was both, because seen from a wider perspective, Turkey’s expansionist activities and disruptive foreign policy initiatives are clearly at odds with the European Union’s and NATO’s interests. They are the exact opposite of the EU’s own political culture and are akin to the political traditions of Russia. The acquisition of S-400s created major risks for NATO’s missile defence architecture, even as the system will be activated and tested in a few days on the Black Sea coast.

The dispatching of Syrian jihadis, military personnel, and equipment to Libya creates risks for Europe’s energy supply lines and may fuel terrorism in the Sahel. And encouraging and supplying the Azeri side in the South Caucasus war will cause a lasting conflict and a humanitarian disaster. Jihadis have also been sent there.

That the European Council is allowing an autocratic Turkey to pursue adversarial steps on Europe’s south-eastern confines is not a strategy. It is a mere expedient that will come back to haunt EU leaders.

Pierini is a visiting scholar at Carnegie Europe, where his research focuses on developments in the Middle East and Turkey from a European perspective.

Many Turks are dissatisfied with the international status of their country. At the same time, opinion polls reveal great scepticism among the Turkish population towards the USA. ... END_OF_DOCUMENT_TOKEN_TO_BE_REPLACED

From the Euphrates to the Mekong, dams that ensure one country's water supply risk leaving others parched. But shared water resources can be a source of peace as well as conflict ... END_OF_DOCUMENT_TOKEN_TO_BE_REPLACED

Turkey is turning towards the Turkic nations of Central Asia, intensifying its economic, diplomatic and military relationships with these countries. So what is driving Turkey’s ... END_OF_DOCUMENT_TOKEN_TO_BE_REPLACED

Turkish-Armenian rapprochement kicked off in Moscow in January, after a break of 13 years. This time, focusing on relatively easy fixes such as trade and transportation, both ... END_OF_DOCUMENT_TOKEN_TO_BE_REPLACED

Russia is seeking to shore up the government of Kazakhstan and is sending in the military. For President Putin, there is more at stake than simply his influence in a partner ... END_OF_DOCUMENT_TOKEN_TO_BE_REPLACED

The balance of power on Europe's eastern borders is shifting. Georgian historian Beka Kobakhidze speaks from Tbilisi about rivalry and emerging alliances in the region, an ... END_OF_DOCUMENT_TOKEN_TO_BE_REPLACED
Author:
Marc Pierini
Date:
Mail:
Send via mail

END_OF_DOCUMENT_TOKEN_TO_BE_REPLACED
Social media
and networks
Subscribe to our
newsletter