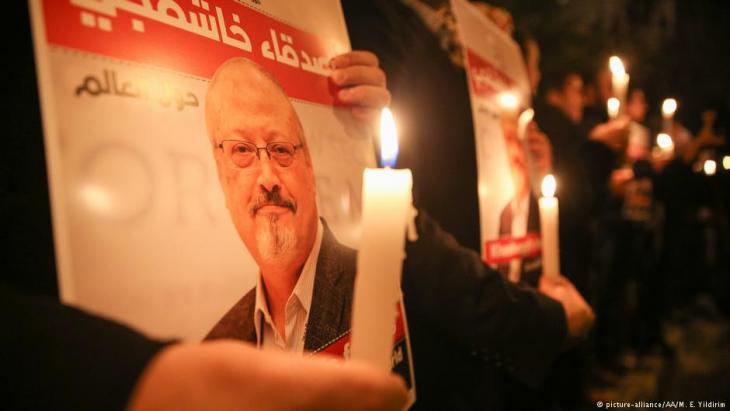 Trump, MbS and the aftermath
Did the global order die with Khashoggi?

Principled leaders on the world stage need to reinforce the rules on which we all depend, sending a clear signal that what happened in Istanbul is not acceptable. Otherwise, we will effectively be giving up the discourse of values and rules – a decision that could well leave us with no coherent and stabilising discourse at all, argues Ana Palacio

Earlier this month Jamal Khashoggi – a Washington Post columnist and prominent critic of the Saudi government – walked into Saudi Arabiaʹs consulate in Istanbul to pick up documents that would enable him to marry his Turkish fiancee. Instead of receiving help from his countryʹs government, he was tortured, murdered and dismembered by a team of its agents.

It is a shocking crime that raises some serious questions, not least regarding the appropriate balance between defending human rights and maintaining long-standing (and lucrative) alliances. More fundamentally, the sheer brazenness with which the Saudi government had Khashoggi killed – not to mention Western leadersʹ weak response – has underscored for people around the world just how coldly calculated geopolitical machinations really are.

Transparency is usually a virtue to be encouraged. Here, however, the revelation comes at a cost. The belief that principles, values and rules hold at least some weight in international relations has a stabilising effect. As that belief is shaken – say, by the poisoning earlier this year of the former Russian double agent Sergei Skripal and his daughter on British soil – the global order is damaged, perhaps beyond repair.

Beware an absence of common values

The de-legitimising effect of such episodes is exacerbated by a broader abandonment of formalities – such as workplace dress codes and standards for communication – that has been fuelled by the rise of social media. As our public and private lives are blurred, public figures are under pressure to appear as "real" and "normal" as our neighbours and colleagues. 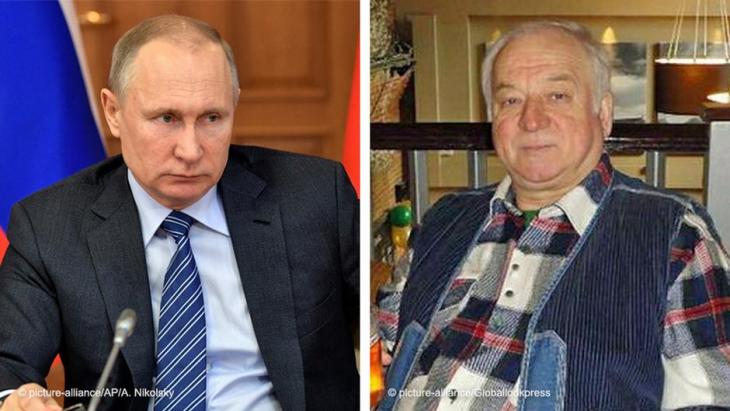 Learning from the master: by challenging the belief that principles, values and rules hold some weight in international relations, Saudi Crown Prince Mohammed bin Salman appears to be modelling his behaviour on Vladimir Putin. Even more worryingly, the ʹleader of the free worldʹ Donald Trump seems more than happy to turn a blind eye – as long as the price is right

Of course, not all of these shifts are necessarily bad. The breakdown of formal structures can create space for independent thinking and innovation. The danger comes when no new framework emerges to help guide our behaviour – and, more important, the behaviour of our leaders – to ensure that it adheres to some shared values or reasonable expectations.

U.S. President Donald Trump embodies this risk. Since coming onto the political scene, Trump has shattered expectations about how a U.S. presidential candidate – and, subsequently, a U.S. president – should behave. While there is nothing fundamentally wrong with a political leader communicating frankly and directly with his or her constituents, the tone and style of Trumpʹs delivery – largely via Twitter – is highly damaging.

His below-the-belt insults, racist dog whistles and unfounded attacks on the media and other democratic institutions are deepening political and social divisions, while diminishing respect for the presidency and the U.S. more generally.

The devaluation of the Egyptian pound combined with rising food prices is taking its toll on Egypt. More and more people are slipping into poverty. Karim El-Gawhary reports from ... END_OF_DOCUMENT_TOKEN_TO_BE_REPLACED

Since returning to power in Afghanistan, the Taliban have steadily eroded the rights and opportunities of women and girls, particularly their access to education. But Afghans are ... END_OF_DOCUMENT_TOKEN_TO_BE_REPLACED

The book "The Invention of the Maghreb: between Africa and the Middle East" prompts us to review basic terminology. This includes terms that we use almost every day as if they are ... END_OF_DOCUMENT_TOKEN_TO_BE_REPLACED

Tunisia has been going through a severe economic and political crisis in recent years. More than one in three young people there are unemployed. For many skilled, qualified and ... END_OF_DOCUMENT_TOKEN_TO_BE_REPLACED

At the end of every year, the team at Qantara.de gives you a run-down of the ten most-read articles on the site over the past 12 months. Here is a quick overview of the stories ... END_OF_DOCUMENT_TOKEN_TO_BE_REPLACED

The government in the Netherlands, one of the last European nations to abolish slavery, has made an historic apology. But some feel that there is still a long way to go. By Ella ... END_OF_DOCUMENT_TOKEN_TO_BE_REPLACED
Author:
Ana Palacio
Date:
Mail:
Send via mail

END_OF_DOCUMENT_TOKEN_TO_BE_REPLACED
Social media
and networks
Subscribe to our
newsletter