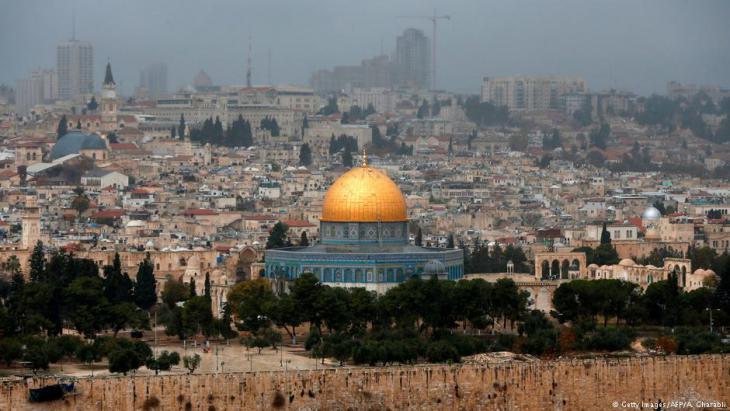 Trump recognises Jerusalem as the capital of Israel

Whose idea was that?

With his official recognition of Jerusalem, the U.S. President is not acting in the interests of Jews in his country, but solely with the "blessing" of the Christian fundamentalists who long for the end-time battle, the apocalyptical Armageddon, says Armin Langer in his commentary

In 2014, the liberal-Zionist lobby organisation "J Street" conducted a poll of U.S. Jews on the subject of Israel-Palestine. It found that 80 percent of Jews in the U.S. are in favour of a two-state solution, with 72 percent supporting East Jerusalem as the capital of an independent Palestinian state alongside a sovereign Israel.

The results from the conservative-Zionist organisation "American Jewish Committee" (AJC) looked similar, when it asked Jews what they thought about moving the U.S. embassy to Jerusalem: according to its poll from the year 2017, just 16 percent support this move. 44 percent totally reject such a transfer, 36 would only accept it at a later point in time, if there was already peace in Israel-Palestine.

Numbering between five and seven million, America's Jewish community is the largest in the world. Many population studies claim there are more Jews living there than in the State of Israel. They are viewed as liberal and traditionally vote Democrat: 71 percent of Jews voted for Hillary Clinton in 2016; in the year 2008 Obama enjoyed the support of 78 percent of Jewish voters.

The message from Jews in the U.S. speaks for itself: even if Jerusalem is the spiritual capital of Judaism, now is not the time to declare it as the capital of the Israeli state, because this will only serve to intensify the conflict. On the day Donald Trump made his announcement, the "Union for Reform Judaism", the largest Jewish-religious association in the world, published a press release expressing its concern that with this "ill-timed" move, the White House would "only undermine the peace process" and "exacerbate the conflict".

Despite this criticism, Trump makes reference to Jews in many of his speeches and presents himself as a supposed representative of their interests. In his speech at the congress of the conservative-Zionist lobby organisation "American Israel Public Affairs Committee" (AIPAC) he emphasised that Jerusalem was "the eternal capital of the Jewish people" and that he was acting on behalf of the Jews. 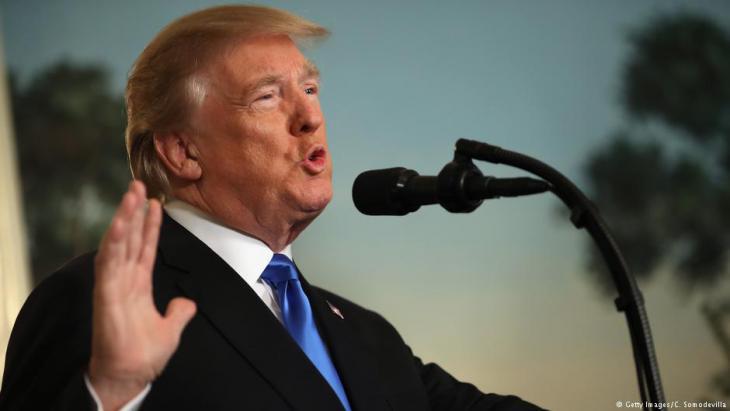 With the Evangelicals′ blessing: in his speech he even spoke enthusiastically about his daughter Ivanka, whom he said was pregnant with a "Jewish baby". The baby will also be happy about having Jerusalem as the capital of Israel, he added

In his speech he even spoke enthusiastically about his daughter Ivanka, whom he said was pregnant with a "Jewish baby". The baby will also be happy about having Jerusalem as the capital of Israel, he said. But in the end, the U.S. President is not acting in the name of the majority of Jews in his country, but to the applause of the Evangelicals, the Christian fundamentalists.


The plan to transfer the embassy to Jerusalem was also denounced by most Christian leaders. Both Pope Francis and orthodox Christian communities in Jerusalem advised the President against the move. Unlike most Evangelicals: despite the various movements within Christian-Protestant fundamentalism, they are more or less in agreement over one point. They want to create chaos in Israel/Palestine and therefore advance the so-called end time battle, the apocalyptical Armageddon, for Jerusalem.

Trump in the service of the Evangelicals

The world's largest Zionist organisation is also rooted in the Evangelical faction, the "Christians United for Israel" (CUFI) with their more than two million members. Their major donors support projects that draw a highly positive picture of the State of Israel, to encourage a greater number of Jews to move there.

According to their theology, all the world's Jews must gather in the land of Israel before the Messiah can come. And when this is achieved, all Jews will convert to Christianity. A theological idea that can certainly be interpreted as anti-Semitic, because ultimately not only does it espouse a diaspora free of Jews, but also at the same time, suggests that Judaism is not a true religion, but rather an obsolete religious community that will be overcome with a transfer to Christianity.

The Middle East conflict is often portrayed in simplified terms as a dispute between Jews and Muslims. But Trump's decision in favour of Jerusalem went against the interests of the majority of Jews in his own country. The U.S. President aimed to satisfy his fundamental, Evangelical voters alone. The influence of apocalypse-hungry groups on international relations should therefore not be underestimated.

Armin Langer studied philosophy and Jewish theology in Budapest, Jerusalem and Potsdam. A freelance writer based in Berlin, he recently published ″Ein Jude in Neukolln″.

Home
Print
Newsletter
More on this topic
Politics and the humanitarian situation in Gaza: "War is always possible here"Fifth day of protests in Middle East over Trump's Jerusalem moveDonald Trump the author: "Strengthen American Muscle"
Related Topics
Benjamin Netanyahu, Donald Trump, History of the Near and Middle East, U.S. policy in the Middle East
All Topics

Hamas in Gaza, the Palestinian Authority in the West Bank, and Israel: Palestinians have fewer and fewer rights, says Khaled Elgindy. The Middle East could escalate at any time. ... END_OF_DOCUMENT_TOKEN_TO_BE_REPLACED

Joe Biden promised to make democracy and human rights central to US foreign policy. But that means not insisting on Israel's right to defend itself without mentioning its ... END_OF_DOCUMENT_TOKEN_TO_BE_REPLACED

As the Biden administration attempts to promote democracy and human rights in the Middle East, it will confront the deep-seated belief among Arabs that U.S. policies are unfair to ... END_OF_DOCUMENT_TOKEN_TO_BE_REPLACED

Ben Aylon’s debut international album sees him elevate the traditional music and instruments of Senegal and Mali into a fresh contemporary setting. Seven years in the making, " ... END_OF_DOCUMENT_TOKEN_TO_BE_REPLACED

Years ago, the International Holocaust Remembrance Alliance formulated how hatred of Jews can be recognised. Now a new definition is causing controversy. By Sarah Judith Hofmann END_OF_DOCUMENT_TOKEN_TO_BE_REPLACED

When it comes to talent, Palestine may well be able to compete with other football teams in the region, but growth and development are hampered by the situation in the Palestinian ... END_OF_DOCUMENT_TOKEN_TO_BE_REPLACED

Comments for this article: Whose idea was that?

Whose Idea was That

An excellent and well-researched article

END_OF_DOCUMENT_TOKEN_TO_BE_REPLACED
Social media
and networks
Subscribe to our
newsletter