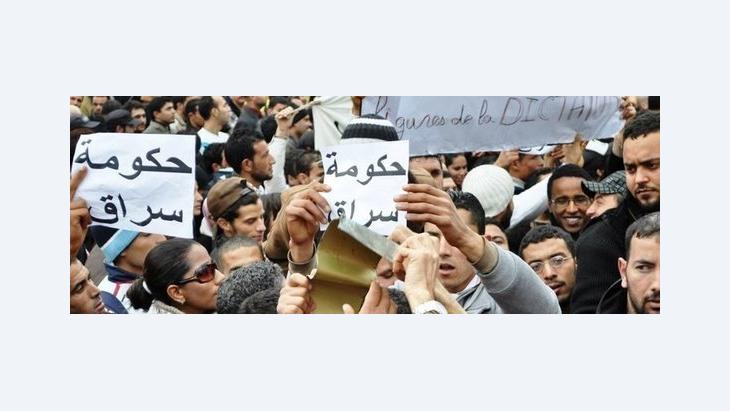 ﻿In mid-October, people in Tunisia will vote for a constituent assembly aimed at putting the country on the path to democracy. Meanwhile the process of coming to terms with the 23-year Ben Ali dictatorship has only just got off to a hesitant start. A reportage by Sarah Mersch in Tunis

"Every day I have people come to me who've lost a family member, or their sole source of income. Many know the perpetrators, they come to us with photos and sometimes even the mobile number of the accused."

Hela Ammar is a member of a commission set up to process crimes committed in Tunisia since 17 December 2010, the day when Mohamed Bouazizi set himself alight. On this particular evening, the law lecturer is sitting in a Café Citoyen, a "citizens' café" organised by a Tunisian NGO, and is discussing the Tunisian transitional justice system with a colleague and some 50 guests. 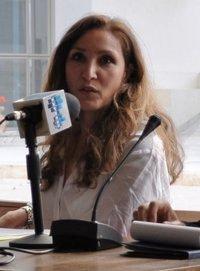 Disappointed at the slow pace of democratic change and the halting investigation of the crimes of the Ben Ali dictatorship: Hela Ammar

​​Many of those present are frustrated at what they say is the slow pace of the democratisation process. To date, almost no legal action has been taken against any of the suspected perpetrators. The state-appointed but independent fact-finding commission can only document cases where the rights of the people have been infringed. If victims seek legal redress, they must instigate this process themselves.

After two hours of objective discussion, Hela Ammar bursts out: "Of course we're checking whether an arrest warrant has already been issued. But who's actually responsible for doing this? The police!" the lawyer cries out, almost desperate. "And you know what it looks like within the police force – it has to be cleansed of members of the old regime first."

Levels of frustration are equally high this evening among both those charged with promoting democratic change in Tunisia's institutions, and the other guests present. For a short period of time, there is complete silence in the café.

The Hydra of the Ben Ali system

The string-pullers of the old regime won't get off scot-free, Hatem El Hattab is sure of that. The director of the cultural department at the national archive is sitting in his office in central Tunis, looking onto the reading room through a pane of glass. He hopes that very soon, Tunisians will be able to come here to study documents on the Ben Ali era.

A working group is currently developing a proposal to change the Archives Act to allow the documents to be made accessible as soon as possible. Ben Ali and his advisers had created a mafia-like parallel state, says Hattab. 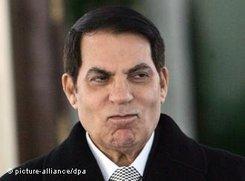 At an initial hearing on June 20, ousted Tunisian President Ben Ali was sentenced in absentia to 35 years in prison for embezzlement and misuse of public funds

​​"This was a real double structure, with two versions of the state, so to speak. Anything that happened in a ministry, city administration or police station was reported back to Ben Ali at the palace," he says.

The destruction of police stations and city halls and the burning of documents on and around January 14 remains a symbolic act. Owing to the hasty exit of the toppled president, there are still copies of many important documents at the palace – including innumerable reports by the intelligence service and the political police, which over a period of 23 years managed to almost completely suffocate civil society in this Mediterranean nation.

"The Ben Ali regime outsmarted itself with its surveillance culture. Its own documents will serve to condemn it," says Hattab with a contented smile.

Intelligence service reports, wrangling over a date for new elections, reforms to the justice system – the challenges facing a successful democratic transition are great. And in the search for the most effective instruments to aid them in this process, Tunisians are also looking to Germany.

Waiting for the next generation?

"I feel as though I'm in a time machine here," says Hubertus Knabe, Director of the Stasi Memorial at Hohenschönhausen in Berlin, here in Tunisia to discuss possible ways of coming to terms with the events of recent history with the reform commission. 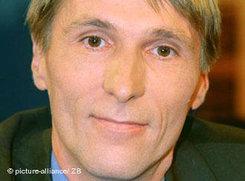 "We can only report what worked well for us, and what worked less well, and what mistakes we made." – Hubertus Knabe, Director of the Stasi Memorial at Hohenschönhausen in Berlin

​​The nation is working through a similar process to that faced by Germany following the fall of the Berlin Wall, he says. With the perhaps decisive difference that in Germany, this process relied heavily on officials and judges from the West.

In Tunisia however, anyone carving out a career for themselves was at best a silent accomplice. Independent judges can today be counted on one hand, as anyone deemed to be a thorn in the side of Ben Ali soon found themselves out of a job. What else can be done but wait for the next generation?

"In comparison to the GDR, Tunisia is in a much more difficult situation," says Knabe. "You can't simply replace the population, but at most try to promote young people into influential positions as quickly as possible."

He does not see himself as an exporter of democracy. He says there are innumerable similar cases worldwide, and every nation has to find its own way. "We can only report what worked well for us, and what worked less well, and what mistakes we made," he adds.

Knabe praises the rapid dissolution of the former ruling party the RCD during his visit, but expresses concern that many state institutions are continuing to operate as though nothing has happened.

Human rights organisations continue to report incidences of torture and the police force, which actually answers to the interior ministry, sometimes acts independently of its orders. The public is just as unaware of what happens in the cellars of the ministry as it was during the Ben Ali era.

Hubertus Knabe would have liked to have taken a closer look at the imposing concrete block on the main street in Tunis, a building that is embodiment of repression for the citizens of this country.

"We're somewhere between deconstruction and reconstruction, we're still mid-revolution, so to speak. That means it's normal that not everything is going smoothly," Abdelfattah Amor tries to explain. 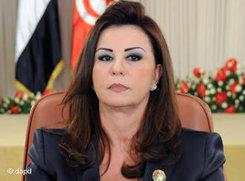 Large-scale personal enrichment at the cost of her own people: First Lady Leila Trabelsi is accused among other things of stealing 1.5 tonnes of gold from the central bank as she fled

​​The director of the commission appointed to investigate cases of corruption and embezzlement is concerned that supporters of the ousted president are moving to exploit the power vacuum. "We must be incredibly vigilant, we cannot turn back at the half-way point for the sake of security," he says.

Amor, who is also a lawyer, could hardly believe his eyes when investigators at the presidential palace not only found masses of documents, but also huge amounts of money in the widest variety of currencies imaginable in safes disguised as book shelves – sums allegedly totalling around 21 million Euros.

"We'll never be able to solve all the cases, we just don't have the staff or the means to do that. Our work is primarily symbolic in nature. We aim to solve the cases that involve members of the old regime, those who are at present desperately trying to manufacture a new innocence for themselves," says Amor.

Hubertus Knabe is heartened by such statements. Whoever he happens to meet, he never tires of stressing his view that one should guard against transfiguration and dictatorship nostalgia. "Once the freedom is there, you quickly get used to it and see it as something to be taken for granted," he says. "But you should always retain a mental image of the abyss, the torture chambers of the interior ministry – as a reminder of why this freedom has been fought for and why the battle must go on."

Hatem El Hattab is one of the few Tunisians still displaying the drive that brought about this revolution in the first place. He takes out his mobile phone and proudly shows a video of himself and his friends tearing down a huge poster of the president on January 14. "The contents of his offices will ensure the old regime lands in jail," he says. The national archive certainly has the capacity to store all the files. "We've still got more than 10 kilometres of shelf space free," he says and laughs.

Musicians from Morocco to Iraq have been crossing paths at the Oriental Summer Academy in south-western Germany for ten years. Matthias Wagner, who founded and directed the ... END_OF_DOCUMENT_TOKEN_TO_BE_REPLACED

Now that the COVID-19 crisis in Algeria has eased significantly, Algerian authorities are once again cracking down on migrants with extreme severity, expelling thousands of people ... END_OF_DOCUMENT_TOKEN_TO_BE_REPLACED

In the Arab world, freedom of opinion collides with a societal juggernaut that silences imagination with remarkable efficiency. Egyptian author and novelist Khaled al-Khamissi ... END_OF_DOCUMENT_TOKEN_TO_BE_REPLACED

This 11 September marked the nineteenth anniversary of the terrorist attacks in New York and Washington. The wide-ranging repercussions of those attacks in the years since 2001 ... END_OF_DOCUMENT_TOKEN_TO_BE_REPLACED

Since independence in 1956, Tunisia has gone to great lengths to mobilise its water resources. Its drinking-water supply rate and the number of households connected to sanitation ... END_OF_DOCUMENT_TOKEN_TO_BE_REPLACED

With the arrival of thousands of Tunisian refugees in Italy, the Italian government is putting increased pressure on Tunisia and wants to extend its deportation deal with the ... END_OF_DOCUMENT_TOKEN_TO_BE_REPLACED
Author:
Sarah Mersch
Date:
Mail:
Send via mail

END_OF_DOCUMENT_TOKEN_TO_BE_REPLACED
Social media
and networks
Subscribe to our
newsletter