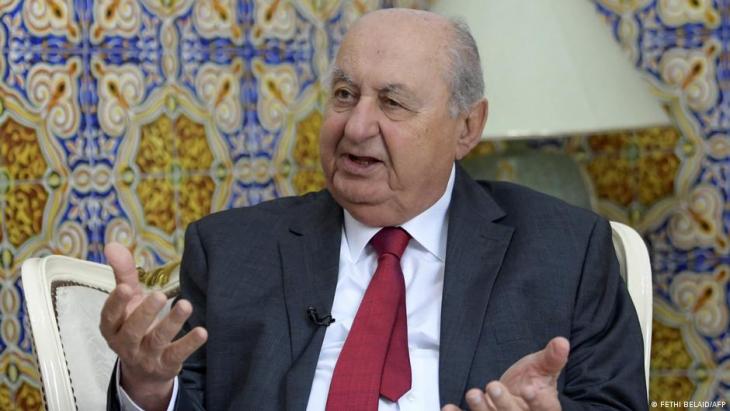 The legal expert charged with re-writing Tunisia's constitution said on Monday he would present President Kais Saied with a draft stripped of any reference to Islam, in order to confront Islamist parties.

The first article of a constitution adopted three years after the North African country's 2011 revolution says it is "a free, independent and sovereign state, Islam is its religion and Arabic is its language".

But Sadeq Belaid, the legal expert appointed last month to head the committee drafting the new constitution, said that "80 percent of Tunisians are against extremism and against the use of religion for political ends".

"That's exactly what we want to do, simply by erasing Article 1 in its current form," he said in an interview.

Belaid, 83, confirmed there would be no reference to Islam in the draft, which will be presented to Saied ahead of a planned July 25 referendum.

The document is at the heart of Saied's unilaterally announced roadmap for rebuilding Tunisia's political system, after he sacked the government last July and later dissolved parliament, in moves described by rivals as a coup.

Belaid's comments are likely to spark heated debate in the Muslim-majority country, which has a strong tradition of secularism, but where Islamist-inspired parties such as Saied's arch-rival Ennahdha have played a major role since the 2011 revolution.

Belaid said he wanted to take those parties on.

"If you use religion to engage in political extremism, we will not allow that," he said. "We have political parties with dirty hands. Whether you like it or not, French or European democrats, we won't accept these dirty people in our democracy."

He accused Ennahdha and others of being "backed by foreign powers, states or mini-states with lots of money to spend, and who use it to interfere in this country's business. That's treason."

Belaid, a constitutional law professor who once taught Saied, now heads the president's "National Consultative Commission for a New Republic".

As well as redrafting the constitution, the commission is charged with leading a "national dialogue" which began on Saturday and excludes political parties.

The powerful UGTT trade union confederation was invited, but it questioned the dialogue's legitimacy, saying its outcomes have already been determined, and refused to take part.

Belaid on Monday urged the UGTT to change course.

"The door is still open: whether you come or not, the train will leave on time," he said.

Many Tunisians have welcomed Saied's moves against political parties and a mixed presidential-parliamentary system seen as corrupt and inept, but others have warned that he risks scrubbing out the country's democratic gains over the last decade.

The president, himself a former constitutional law professor, has long called for a system with a powerful presidency.

Asked about the system he would propose, Belaid said that "the president of the republic could have greater powers – or more useful ones".

The 2014 constitution, a hard-won compromise between leading party Ennahdha and its secular rivals, created a system where both the president and parliament had executive powers.

Under that arrangement, the president "only had powers to block, and that's very bad", Belaid said. "The president is the commander-in-chief. So he shouldn't just have the power to put on the brakes but also the power to lead – moderately."

But the new system should be structured so the president cannot be "driven or attracted by the temptations of dictatorship, tyranny or abuse of power," he added.

Belaid is to present the new draft by 15 June to Saied, who is then to sign off on a final text ahead of a popular vote.    (AFP)

END_OF_DOCUMENT_TOKEN_TO_BE_REPLACED
Social media
and networks
Subscribe to our
newsletter