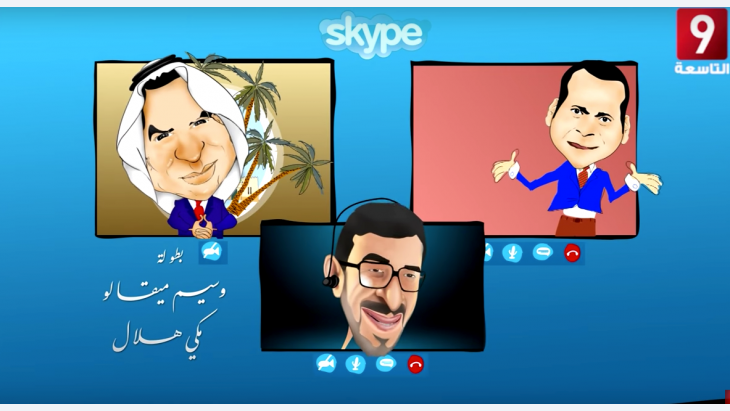 Look who's coming to dinner!

This Ramadan, opinions are divided over a hidden camera television show being broadcast in Tunisia. The presumed protagonist: the former ruler Ben Ali. Does the programme trivialise the dictatorship, or is it an intelligent wake-up call? By Sarah Mersch in Tunis

Samia Abbou looks at the presenter incredulously. "He hasn′t changed at all," she whispers to him, shaking her head. The parliamentary deputy, an activist during the Zine El Abidine Ben Ali era, believes she is talking directly to the former dictator, who has been brought onto the programme via a live link from the Saudi Arabian city of Jeddah, where he lives in exile. A minute of agitated discussion follows. "Now you let me speak. Listen to me!" she hurls back at him. What she doesn′t know at this point in time: the person she thinks is Ben Ali is in actual fact the voice imitator Migalo, who is not in Jeddah, but in Tunis, just one television studio away.

Hidden camera shows enjoy great popularity in Tunisia during the fasting month of Ramadan. Since the period of political upheaval and the resulting press freedoms, many new broadcasters have emerged to jostle for viewers′ favour. In recent years there has been periodic debate over just how far the hidden camera format should really be allowed to go, for example when a programme simulated an aircraft hijacking by supposed terrorists.

But no programme has caused as much uproar as "Hallo... Jeddah?", broadcast by the commercial channel Attessia. Timed to coincide punctually with the breaking of the fast, when in Tunisia the whole family traditionally sits in front of the television, a prominent guest is led to believe that for the first time since he fled in January 2011, Ben Ali has agreed to talk to the media and has been brought onto the programme via a live feed at that very moment. The reactions of the guests range from tears of emotion through to eruptions of anger and a stream of bad language.

The programme reaches up to a quarter of the national Tunisian audience and many video clips are also replayed online several hundred thousand times. Ahmed watches "Hallo Jeddah" every day. "I want to know how the politicians react to Ben Ali and how they view the dictatorship," the student argues. The historian Kmar Bendana is also an avid viewer of the programme "because it explores something that concerns us all. Ben Ali continues to be present in our minds to such an extent that we should talk about him." 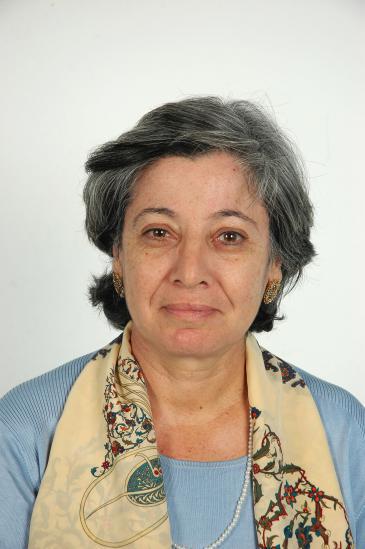 The historian Kmar Bendana regards the semi-fictional programme – in which the boundaries between entertainment and political talkshow are blurred – as not only an exercise in preparation for day X, should a similar scenario indeed arise, but also as a group therapy session for guests and viewers alike

Bendana regards the semi-fictional programme – in which the boundaries between entertainment and political talk show are blurred – as not only an exercise in preparation for day X, should a similar scenario indeed arise, but also as a group therapy session for guests and viewers alike, a part of the overdue process of grappling with Tunisia′s recent history. It is however important not to take the spectacle at face value.

Thameur El Mekki is concerned that this is exactly what is happening. The media journalist regards the show as tasteless propaganda, because the voice impersonator Migalo is developing an entire line of argument for the toppled ex-president. "You can′t talk about 23 years of dictatorship and claim that′s entertainment," he says. This represents the trivialisation of a dictatorship that is a long way off being processed, he says. In the end it is irrelevant that anti-Ben Ali voices are also being heard "because for a whole month, the arguments of the old regime are being drummed into the viewers."

When, at the end of every programme, the presumed Ben Ali announces that he is homesick and that he misses the traditional foods at Ramadan, it′s a tear-jerking moment that has an effect on the viewer. "Even though we know we are in a humorous context it doesn′t fail to have an impact and leaves viewers moved," says El Mekki.

Bendana appeals to viewers to use their critical instincts. We can′t simply blame the media, the consumer must also take responsibility, she says. "After all, we′re finally living in freedom, so we have to behave like free people," says the historian.

As well as the format of this unusual candid camera show, questions are also raised by the broadcaster itself, as well as the role of Ben Ali′s lawyer. The director of Attessia is close to the old regime, says El Mekki, so the recurring reference to the former government′s arguments is not at all unpretentious. The presumed Ben Ali frequently confronts guests of the programme with details of their past and their relationship to the former ruler, exchanges that also sometimes divulge code names and aliases from that era.

Whether this is only down to the meticulous research of editors working on the programme, as Kmar Bendana suspects, or information placed intentionally by those close to Ben Ali, as El Mekki argues, is unclear. Controllers of the Attessia channel are meanwhile insistent that "Hallo... Jeddah" is nothing more than an entertainment show without ulterior motives or a secret political agenda. 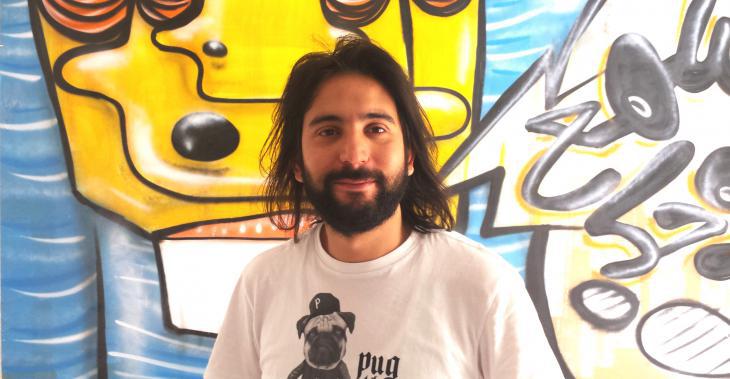 On 10 July, just a few days before "Hallo... Jeddah" was first broadcast, Mounir Ben Salha - the Tunisian lawyer for the country′s former ruler - lodged a complaint on behalf of Ben Ali against the station claiming the programme was an attack on the dignity of his client, that his identity was being misused and called on the media regulator (HAICA) to take the show off air.

This makes it all the more surprising that just a few days later, Ben Salha can himself be seen as a guest on the pre-recorded programme, in which the joke is initially supposed to be on him - and in which he then appears several times alongside other guests – fully aware of the candid camera format. These appearances only serve to bolster all those in Tunisia who are convinced that the programme is a perfidious attempt to manipulate public opinion.

In this regard, Kmar Bendana again believes that the responsibility lies with the viewer. "Even if there is a clandestine plan behind it, it is down to the consumer to invalidate this." There has incidentally been no follow-up to the attorney′s complaint, allowing the fake Ben Ali to continue to force his way into Tunisian living rooms every evening at the breaking of the fast.

Home
Print
Newsletter
More on this topic
Planned ″business amnesty legislation″ in Tunisia: Tunisia: sweeping history under the carpet rather than confronting the past?NGO report on the Jasmine Revolution and security in Tunisia: How to make the transition from dictatorship to democracyThe Tunisian judiciary: Piecemeal change as reform stalls
Related Topics
Democracy and civil society, Media in the Arab World, Tunisian Revolution, Zine el-Abidine Ben Ali
All Topics

Why are predominantly Muslim countries lagging behind when it comes to democracy and human rights? Dutch sociologist Ruud Koopmans uses a lot of figures to underpin his theory ... END_OF_DOCUMENT_TOKEN_TO_BE_REPLACED

While Tunisians remain committed to democracy, they are feeling the painful lack of economic and political progress. Much has been achieved in the way of personal freedoms, but ... END_OF_DOCUMENT_TOKEN_TO_BE_REPLACED

"Tlamess", a visually striking experimental feature by Tunisian director Ala Eddine Slim, brings two drop-outs together in a weird, wild cohabitation in the woods: a desperate ... END_OF_DOCUMENT_TOKEN_TO_BE_REPLACED

Tunisia is considered a paragon of the Arab Spring. Despite democratic reforms, however, a mood of political frustration and economic despair still prevails, particularly among ... END_OF_DOCUMENT_TOKEN_TO_BE_REPLACED

Equality in divorce, a ban on polygamy: reformers of Islamic family law have a clear agenda. They are exploiting the ambiguity of traditional jurisprudence. By Joseph Croitoru END_OF_DOCUMENT_TOKEN_TO_BE_REPLACED

Hassan Aourid is one of the most important political and intellectual figures in Morocco. In interview with Ismail Azzam for Qantara, Aourid outlines his vision of the decline of ... END_OF_DOCUMENT_TOKEN_TO_BE_REPLACED
Author:
Sarah Mersch
Date:
Mail:
Send via mail

END_OF_DOCUMENT_TOKEN_TO_BE_REPLACED
Social media
and networks
Subscribe to our
newsletter