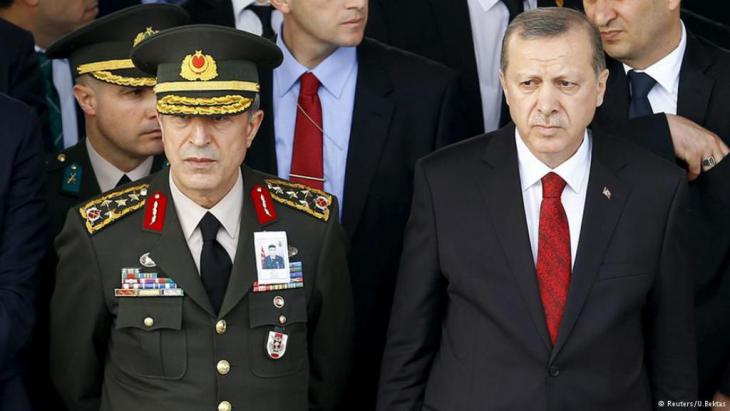 Turkey and the failed coup
God′s gift to Erdogan

The military coup in Turkey only strengthens Erdogan's power – and weakens democracy in the country, writes Christiane Schloetzer in her commentary

There are Turks who welcomed the news on Friday night that the military had launched a coup against President Recep Tayyip Erdogan. They didn't dare utter loud cries of joy, however, but only rejoiced inside – after all, publicly flaunting opposition to this President has been dangerous up to now.

How great must the frustration with Erdogan and his increasingly authoritarian policies be if a military coup is able to trigger such feelings of relief? And not only among the generals′ close friends, but also among those who despair about the state of Turkish democracy?

These secret feelings of jubilation didn't last long, however. The leaders of the coup quickly made it clear that boosting democracy was far from their intention. They bombed the parliament building in Ankara.

On Saturday (16 July 2016), the members of parliament then assembled at the damaged ″House of the People". With rubble still obstructing the aisles, the parliamentarians demonstrated a unity they have not shown in years. From the Islamic government party AKP to the CHP, which sees itself as the guardian of the republic, all the way to the Kurds: they unanimously condemned the attempted coup – and called its authors a "gang" of "terrorists".

Coup without the people

So that's what the coup leaders with their daring, high-risk, amateurish action have achieved: where disputes have recently been waged with the utmost bitterness and sometimes even fists, Turkish politics is now showing a united front. That’s the good news. But the bad news is not far behind. The attempted military coup could now be followed by a kind of civilian coup. There are evil omens heralding such an event.

Prime Minister Binali Yildirim has threatened to reintroduce the death penalty for the coup leaders. The close friend of the President, whom Erdogan recently promoted to his new post, is hence further fanning the flames in what is already a highly charged situation. 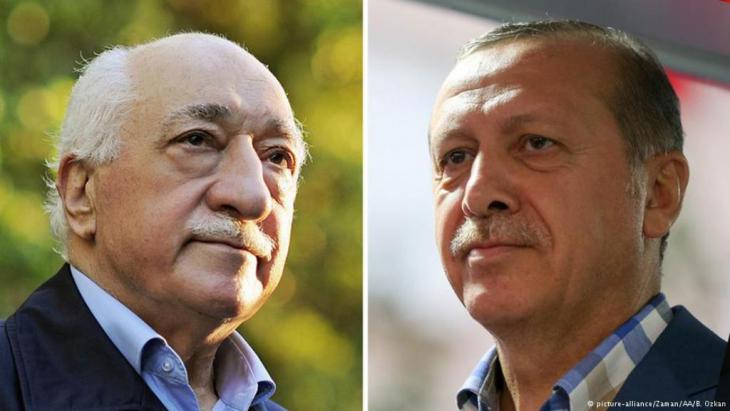 From partner to enemy number one: Erdogan and members of the AKP government are blaming the coup on the movement launched by preacher Fethullah Gulen from his exile in the USA. "They will pay a heavy price for this betrayal," Erdogan threatened. The "purging of all state institutions from this virus" will continue. Naturally, such accusations have yet to be proven

When the AKP first came to power, the death penalty was abolished in reaction to pressure from the EU and the Turkish people – and that includes for times of war. On the night of the coup, some citizens took the law into their own hands in Istanbul, with at least one soldier apparently killed, while the police were only able to keep others safe from the unleashed mob with great difficulty.

The threat of the death penalty recalls the darkest of times in Turkey: the military coup of 12 September 1980. Of all the instances where the military has intervened in Turkish politics, this one had the most horrifying and longest-lasting consequences. Thousands of people disappeared in prisons and were tortured and 50 death sentences were carried out. Kurds in particular were radicalised for the first time by their detainment in the infamous Diyarbakır prison. Intellectuals were driven out of the country – a loss that is felt to this day. The generals then encouraged religious education in the schools, because they believed it would banish leftist ideology. And they wrote the Constitution that is still in effect today and which Erdogan is now using to his advantage.

By Sunday (17 July 2016), thousands of army members had already been arrested for possible involvement in the coup. The army chief of staff was not among them, which distinguishes the failed coup from the drama that unfolded in 1980. Those arrested are not however merely a few low-ranking members of the military. There are commanders among them, including officers and generals. Also under arrest are two members of the Constitutional Court as well as other high judges, and one-fifth of all judges were stripped of their offices.

They are all charged with being part of the Gulen movement, a religious fraternity that follows the preacher Fethullah Gulen, who lives in US exile. Since 2013, Erdogan has taken to blaming Gulen, once his ally, for nearly everything that has tarnished his image: accusations of corruption, critical media reports, competing for donations in the millions and religious fervour.

The slogan for the coup sounds like an Ataturk formula

From the outside, it is difficult to sort out the current contest of wills with its absurd twists. The preacher in Pennsylvania denies any involvement in the coup. His followers have not even succeeded in forming their own political party in Turkey yet.

The slogan adopted by the coup leaders ("Peace at Home") sounds more like an Ataturk formula, harking back to the old, cosmopolitan tradition of coup d'etat. This view is further borne out by the substantial participation of the air force, which is regarded as a stronghold of Kemalism.

At the moment, though, nothing can be ruled out and the uncertainty and fears of many Turks are likely to grow rather than diminish. They fear the unexpected, but also a witch-hunt: the persecution of dissenters and a permanent state of emergency, a revolution from above.

Erdogan has in the meantime called the coup a "gift from God". Given the number of dead, that is a very strange thing to say. But it also reveals something the President grasped instantly: this attack on his power has only served to strengthen it further.

All eyes in Turkey are on a court hearing scheduled for January 30 into a child abuse case that allegedly occurred with the knowledge of one of Istanbul's most powerful Islamic ... END_OF_DOCUMENT_TOKEN_TO_BE_REPLACED

Any reconciliation between Turkey and Syria’s Assad regime would have disastrous consequences for many Syrians, explains Syria expert Kristin Helberg END_OF_DOCUMENT_TOKEN_TO_BE_REPLACED

The poetry of Pir Sultan once prompted uprisings in the Ottoman Empire. To this day, Alevis identify with him. Rainer Hermann visited Mehmet Celebi, a direct descendant of the ... END_OF_DOCUMENT_TOKEN_TO_BE_REPLACED

There are signs of an imminent normalisation of relations between Turkey and Syria. This would allow Erdogan to score political points domestically before the upcoming elections ... END_OF_DOCUMENT_TOKEN_TO_BE_REPLACED

Turkey will mark the centenary of the proclamation of the Turkish republic in October. But 2023 will be an important year in another respect too: Turks will go to the polls in ... END_OF_DOCUMENT_TOKEN_TO_BE_REPLACED

END_OF_DOCUMENT_TOKEN_TO_BE_REPLACED
Social media
and networks
Subscribe to our
newsletter