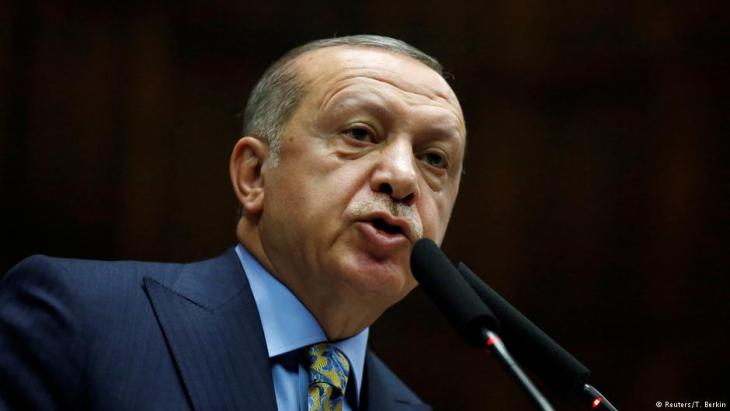 Since the attempted coup in Turkey, President Erdogan has been pressing foreign nations to hand over schools run by the Gulen movement. Although many countries have entrusted control of the schools to the Turkish Maarif Foundation, the controversial movement continues to enjoy protection. By Ulrich von Schwerin

On a visit to Germany ten years ago, Recep Tayyip Erdogan actively lobbied for the opening of "Turkish schools" to promote the education of his compatriots – much to the annoyance of many. Today, the Turkish President wants to see these very same schools closed, because they belong to the brotherhood of the Islamic preacher Fethullah Gulen, whom he holds responsible for the failed military coup of July 2016.

In Germany and other western nations, Erdoganʹs efforts have met with resistance, but many countries have since yielded to the pressure and handed the schools over to Turkey. This is now presenting the Gulen movement with some serious challenges.

Even before the attempted coup, Ankara created the Maarif Foundation to take control of the Gulen movementʹs schools, halls of residence and universities. Since its creation in June 2016, the foundation has taken over more than 100 schools with more than 10,000 students in 28 countries. Takeover talks are currently underway with a further 80 countries. Just recently, on 12 November, a Gulen school in the Afghan city of Herat was occupied by security forces and handed over to the Maarif Foundation, despite protests from parents and students.

The Foundation did not respond to repeated requests for information, but in an interview with the pro-government "Daily Sabah" newspaper, Chairman Birol Akgun described its goal as the representation of "Turkish values". In doing this, the organisation aims to help ease tensions between the West and the Islamic world and promote understanding between civilisations, said Akgun. It aims to perpetuate the tradition of "peaceful coexistence" in place "since the Ottomans". In the long-term, it is hoped the Maarif schools will become a "trustworthy international brand".

With its focus on education and dialogue, the Maarif Foundation bears strong similarities to the Gulen movement, but the social and cultural anthropologist Kristina Mashimi believes the Maarif schools have a more pronounced Islamic character. For example, they offer Islamic studies as a subject, whereas in the Gulen schools, teaching of the Koran is an extra-curricular activity, says the Free University of Berlin scholar who is currently researching Gulen schools in Tanzania. Also, they orientate themselves more clearly towards Muslims, while the Gulen schools are outwardly more secular. 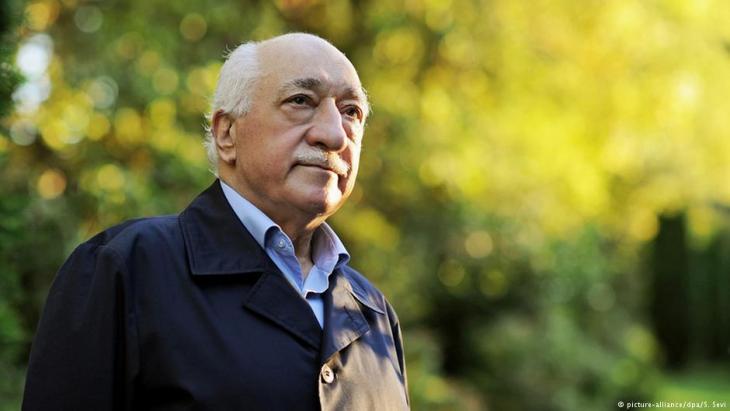 Former partner Fethullah Gulen becomes arch-enemy: having entered government in Turkey, Erdoganʹs Islamic Conservative Party for Justice and Development (AKP) co-operated for years with the Gulen movement in a bid to consolidate its sovereignty and appoint allies to posts within the judiciary, police and administration. Abroad, the AKP government used Gulenʹs extensive networks to expand its political and economic influence, while Turkish diplomacy supported the brotherhood, also known as the "cemaat", in the foundation of new schools

Having entered government in Turkey, Erdoganʹs Islamic Conservative Party for Justice and Development (AKP) co-operated for years with the Gulen movement in a bid to consolidate its sovereignty and appoint allies to posts within the judiciary, police and administration. Abroad, the AKP government used Gulenʹs extensive networks to expand its political and economic influence, while Turkish diplomacy supported the brotherhood, also known as the "cemaat", in the foundation of new schools.

From informal coalition to bitter hostility

For a long time things progressed in this fashion, with the leaders hand in hand, until Erdogan and Gulen fell out in 2013 in a conflict over power and appointments. The informal coalition became bitter hostility, which in turn led to a life-or-death battle between the former allies. Even before the attempted coup, Erdogan pressured foreign nations to close the Gulen schools – with some success, for example in Gambia. After the attempted coup, Ankara then shut down all of the brotherhoodʹs remaining offices and institutions in Turkey and stepped up persecution abroad.

Because the controversial movement was pushed into illegality and its networks broken up in Turkey, much of its revenues dried up. Whereas previously, many graduates of Gulen schools went on to study at the movementʹs universities in Turkey, this was no longer possible. Many parents took their children out of the schools and distanced themselves from the organisation for fear of repression. A number of schools were forced to close, including in Germany, where the "cemaat" had built up a large network of schools, halls of residence and institutions providing extra tuition.

On his foreign trips, Erdogan continues to push for the closure of the Gulen schools – often with success: for example in South Africa, where he agreed the takeover of the countryʹs 11 Gulen schools in July. But in many countries his requests are met with opposition from local elites who, regardless of their confession, value the schools because of their high standards. To many it makes no sense to now close the very same schools promoted so emphatically by Erdogan just a few years ago. They also donʹt understand what the schools have to do with the attempted coup in Turkey.

Stay or flee to Europe?

As the researcher Mashimi explains, while the Tanzanian government approved the foundation of a Maarif school on Zanzibar, it is resisting pressure from Erdogan to close the Gulen schools. In a bid to put themselves of Turkeyʹs reach, these schools replaced their Turkish leadership teams with Tanzanian Gulen supporters. The sacked Turkish teachers are now facing the question of whether to stay or flee to Europe, says Mashimi. They are not able to return to Turkey and at some point their Turkish passports will expire, she says. 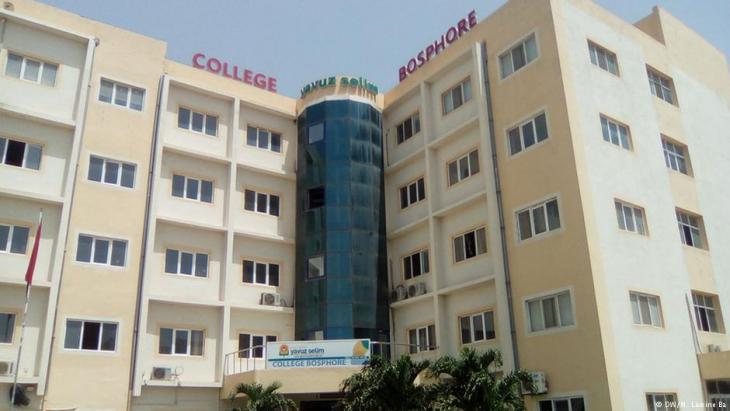 Settling accounts: although Erdoganʹs efforts to close the many Gulen schools outside Turkey have often been met with resistance, many countries have since succumbed to the pressure and handed over their schools to Turkey. This is now presenting the Gulen movement with some serious challenges

Gulen supporters are nervous about the fact that in recent years, the Turkish intelligence agency has repeatedly kidnapped Gulen teachers from foreign countries – sometimes with, and sometimes without the permission of host countries. In July, Mongolia acted just in time to prevent the abduction of a teacher; a plane already dispatched from Turkey had to return without its intended cargo. In March in Kosovo, six Turks were taken out of the country with the help of the local secret service, which triggered a major governmental crisis as the prime minister had not been informed.

Many of the persecuted supporters are gathering in Germany, from whence they are trying to support their co-believers abroad. In March 2017 for example, a German educational association bought "cemaat" schools in Ethiopia to safeguard them against closure.

In this way, "Turkish" schools became "German" schools, which Berlin then brought under its patronage. Any criticism from Ankara that this was a "questionable deal" remained futile, and the Maarif Foundation finally reached agreement with Addis Ababa on the founding of its own schools.

All of this is triggering heated debate within the "cemaat". "The Gulen movement is facing a crucial test," says Mashimi. It is in the process of re-grouping and disengaging itself from Turkey. But in Germany and other nations, it is barely facing any pressure at all – on the contrary it has won many supporters in these countries, presenting itself as the persecuted defender of democracy and freedom of speech, despite its questionable role in Turkish politics. For this reason, Mashimi does not believe that the current situation poses a threat to the existence of Gulen.

Home
Print
Newsletter
More on this topic
The restructuring of Turkey: Filling the gap left by GulenThe Gulen movement and the failed coup in Turkey: Harmless is not the wordThe Gulen movement in Turkey: Creating an elite to lead the state
Related Topics
Democracy and civil society, Education, Fethullah Gulen, Justice and Development party (Turkey), Recep Tayyip Erdogan
All Topics

Germany’s electorate includes some 7.4 million citizens with international roots, while many more millions of residents from abroad aren’t allowed to vote. Both groups are often ... END_OF_DOCUMENT_TOKEN_TO_BE_REPLACED

International relations are shifting across the Middle East as regional powers adapt to America's retrenchment and China's growing influence. Although the region could become the ... END_OF_DOCUMENT_TOKEN_TO_BE_REPLACED

A deluge of books, movies, series and cover stories: ever since the events of 9/11, the West has seemed almost manically preoccupied with Islam. Yet this has rarely led to deeper ... END_OF_DOCUMENT_TOKEN_TO_BE_REPLACED

Despite their promises of "moderate" rule, the Taliban have announced the end of mixed classes in universities and a ban on sports for Afghan women. Many are taking the streets to ... END_OF_DOCUMENT_TOKEN_TO_BE_REPLACED

Twenty years after 9/11, the world is faced with the dual challenge of Islamophobia and anti-Westernism. Ahmet Kuru argues that Muslims in the West, well versed in both Western ... END_OF_DOCUMENT_TOKEN_TO_BE_REPLACED
Author:
Ulrich von Schwerin
Date:
Mail:
Send via mail

END_OF_DOCUMENT_TOKEN_TO_BE_REPLACED
Social media
and networks
Subscribe to our
newsletter