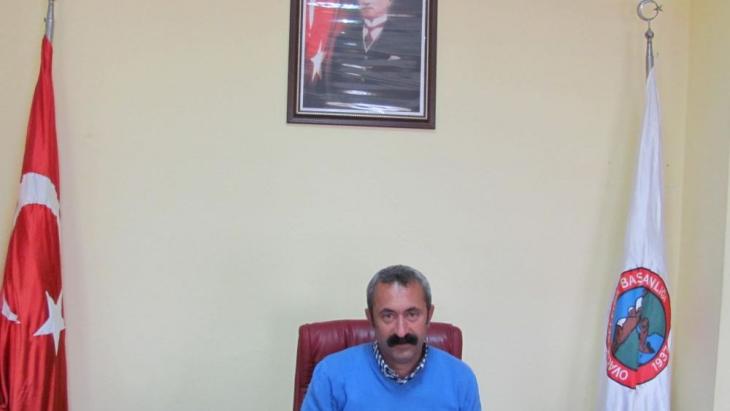 Turkey's first ever Communist mayor was elected on 30 March. Turkish Communist Party (TKP) candidate Fatih Macoglu won 36 per cent of the 1,812 votes cast in the small town of Ovacik. He believes in people power, popular assemblies and investing in agriculture and tourism. By Ekrem Guzeldere

It's Saturday afternoon in Ovacik and the streets are practically deserted. When Fatih Macoglu arrives, he is driving his own car. He parks outside the local government offices and walks to his new workplace.

The 45-year-old was elected mayor of the 3,700-soul municipality on 30 March after notching up 655 votes, some 36 per cent of the 1,812 votes cast. Nothing particularly newsworthy in that, you might think; after all, around 1,400 mayors were elected at the same time, many of them representing small communities. Ovacik, however, was rather different. Macoglu's election victory was the first ever win for a candidate from the Communist Party of Turkey (TKP).

The result caused more than a few raised eyebrows. The TKP is a tiny party: in the last parliamentary elections in 2011, it mustered a mere 0.15 per cent of the vote. Even during its finest hour, in 2007, votes peaked at only 0.23 per cent. In 2013, the party's national membership amounted to only 2,247.

The present victory cannot be put down to the efforts of the TKP alone, however. Much of the credit must go to the Democratic Rights Federation (DHF). This association, set up in 2002, has its roots firmly in the Kurdish Alevi province of Dersim (Tunceli) and co-ordinates the efforts of left-wing political candidates. 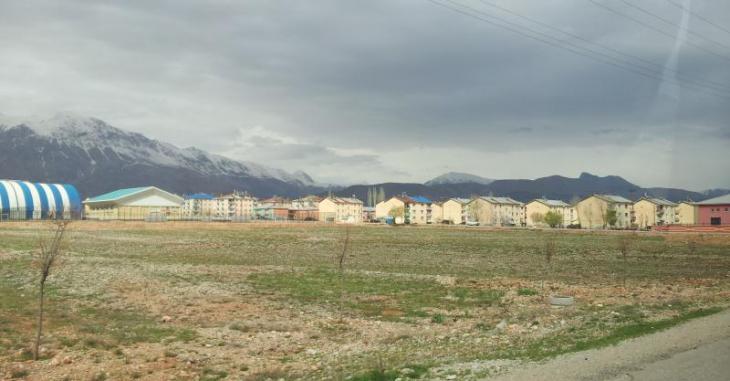 Despite the fact that his town faces mounting debts and has minimal financial room to manoeuvre, the new mayor of Ovacik, Fatih Macoglu, is optimistic that the town can grow: he intends to negotiate with national authorities, the EU and private investors in an attempt to find funding for agricultural and tourist development projects

"The DHF put up mayoral candidates for towns such as Mazgirt and Hozat in the local elections in 2009, Ovacik was added in 2014," explains Macoglu, seated in his new office, which is decorated with flowers. As part of this process, various parties are selected for the candidates. The DHF candidate in Mazgirt, who represented the Marxist, and also very small, Freedom and Solidarity Party (ODP), was also re-elected on 30 March.

Communism does not really enjoy a positive image in Turkey: the word "Communist" tends to be associated with concepts like immorality and godlessness. "So far, however, almost all of the reactions have been positive. I even had a call from a former mayor from the (extreme right-wing) Nationalist Movement Party (MHP) in Mersin," says Macoglu. "At a time when the established parties have gone downhill, people see Communism as offering some hope of change."

Solidarity with the people

Macoglu is not one for long-winded ideology: "Communism is a way of life for us; it is about working together, collectively and in solidarity." This can be seen in action every Sunday, as Senem Yerlikaya, owner of newly established Cuba Cafe explains. "We all come together to collect the rubbish. The mayor also joins in. He's not afraid to get his hands dirty. He's just one of us."

And that is just the way Macoglu wants it to be. "Our aim is to make people feel that they have direct representation, that they are actively participating in political projects." He plans to convene a people's assembly that will include representatives of young people, women, the disabled and the elderly, though the project still requires consolidation. "The town council will discuss all its proposals with the people's assembly and only go ahead with the projects approved by it."

With financial resources in short supply, Macoglu needs as much enthusiasm and public participation as he can get. "We have debts of 600,000 Turkish lira (approx. €200,000). Add personnel costs of 90,000 TL a month, and running costs of 120,000 TL. How are we supposed to pay off debts when we get only 28 TL per head in revenue from Ankara?"

The TKP is a tiny party in the greater scheme of Turkish politics, garnering only 0.15 per cent of the vote in the last parliamentary elections. Now it boasts its first mayor: Fatih Macoglu of Ovacik

His own salary, 3,700 TL (€1,250) doesn't exactly put him in the super rich category either. Macoglu worked in the local hospital in the city of Tunceli before launching his candidature on 29 November 2013. "I earned more when I worked there," he says, adding, "as in the past, I will give up part of my salary for scholarships."

With the town coffers badly in need of replenishment, Macoglu is looking for new investment for agriculture and tourism. "We lack a proper infrastructure. We have about 20,000 tourists every year but a shortage of good accommodation to offer them." Macoglu is an optimistic pragmatist and ready to negotiate with state institutions, international organisations (such as the EU), and private investors. "We want to encourage people to come back here to live or to move here." Ovacik could see a boost in its tourist numbers next year when a small ski resort is due to open nearby.

It is now three weeks since the election; the mood in Ovacik remains upbeat. But expectations are also incredibly high. Senem Yerlikaya, who has returned after years in Istanbul, wants to see others following her example and coming back to Ovacik or to the region. Retiree Celal has also returned to his home village after 25 years as a civil servant in Antalya. For him, the most important thing is that the mayor should be "close to the people and that they should have a say in what goes on". He points to the fact that the ruling Justice and Development Party (AKP) also speaks the language of the ordinary people, which he feels makes them successful."

Macoglu is well aware of the potential of the situation: "In a country where the Kemalist CHP, the Republican People's Party, is synonymous with the political left, we in Ovacik have the opportunity to show that there is another left. We will either succeed and bring honour to our movement in Ovacik, or go down in history as a bad example," Macoglu concludes. Interview over, he heads back out to his own car. That much-loved status symbol of Turkish mayoral office, the official car, is unlikely to be needed in Ovacik any time soon.

Political analyst Taqadum al-Khatib argues that Egypt can, in co-ordination with its European partners, develop a common vision to solve the complex conflict in Libya. For this to ... END_OF_DOCUMENT_TOKEN_TO_BE_REPLACED

Turkey's President Erdogan wants to create a second Bosphorus. The cost to the economy and environment would be enormous – and that's why Istanbul's mayor is attempting to stop ... END_OF_DOCUMENT_TOKEN_TO_BE_REPLACED

Libya is in turmoil and no political solution is in sight. The EU's inability to take concerted action in the country, meanwhile, is being exploited by third parties, such as ... END_OF_DOCUMENT_TOKEN_TO_BE_REPLACED

Taking the Fridays for Future movement as his starting point, Muslim environmental expert Tarik Quadir talks to Marian Brehmer about the connections between Islam and ... END_OF_DOCUMENT_TOKEN_TO_BE_REPLACED

There are only a few thousand Aramaic Christians left in south eastern Anatolia. And they are intent on preserving their ancient culture dating back one-and-a-half millennia. ... END_OF_DOCUMENT_TOKEN_TO_BE_REPLACED

Turkish art patron and businessman Osman Kavala has been in jail for more than two years, accused of wanting to overthrow the government. Beril Eski spoke to him about his life in ... END_OF_DOCUMENT_TOKEN_TO_BE_REPLACED
Author:
Ekrem Güzeldere
Date:
Mail:
Send via mail