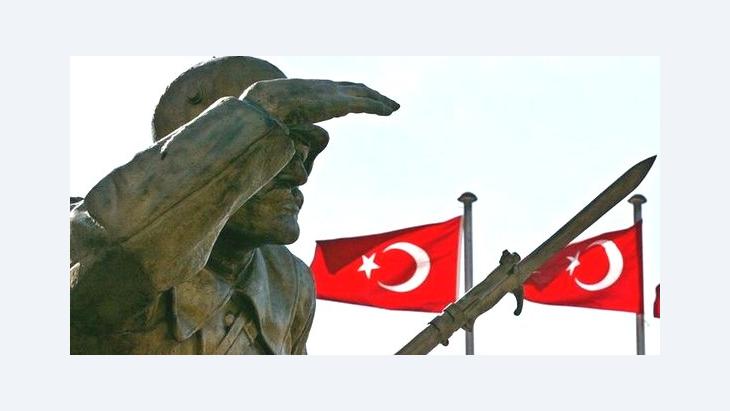 ﻿With its growing political influence, Turkey is seeking a stronger role in world politics. However, its domestic political problems, as well as regional crises, pose major challenges to its foreign policy ambitions. By Ayhan Simsek

﻿"Turkey has become one of the five or six most important countries in the world," former US National Security Adviser Stephan J. Hadley told an international audience recently at the Council on Foreign Relations think-tank. "It's ironic… if you look at economic performance, you wonder whether Turkey ought to join the EU or the EU ought to join Turkey," he said.

Almost a decade ago, Turkey was regarded as an underdeveloped and undemocratic country, dependent on aid from the International Monetary Union and desperately seeking accession to the European Union. But now, with its record-breaking economic growth for a decade, Turkey is widely described as "the China of Europe". As a majority Muslim country with a non-religious democratic political system and a functioning liberal economy, Turkey has been highlighted as a model for the Middle East and Africa.

In the EU, no one disputes Turkey's growing economic and political importance for the Union. But the country's accession process has been effectively halted, due to the decades-long dispute over Cyprus and the opposition of some leading countries to Turkey's full membership, preferring a "privileged partnership" instead. 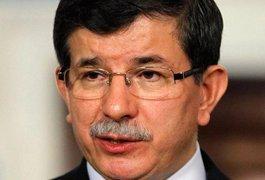 Turkey's influential Foreign Minister Ahmet Davutoglu is the architect of the country's "zero problem policy" with its neighbours, but by taking sides in the case of Israel and Syria, Turkey has lost its former role as mediator

​​However, the almost six-year-long political stalemate with the EU has not prevented Turkey from increasing its political influence, instead it has prompted the Turkish government to develop closer political and economic ties with the regional organizations throughout the world, a strategy coined as "360 degrees foreign policy" by Turkey's influential Foreign Minister Ahmet Davutoglu.

Turkey has opened dozens of new embassies and consulates, particularly in Africa and the Middle East and increased its presence in almost all multilateral platforms, from the Organization of American States to the Asia-Pacific Economic Cooperation. Turkey obtained an "observer status'' in the African Union in 2005 and started ministerial meetings with the Arab League in the same year. This pro-active foreign policy strategy helped Turkey to win a non-permanent seat in the UN Security Council in 2009-2010.

A Turkish Secretary General, Professor Ekmeleddin Ihsanoglu, has been heading the Organization of the Islamic Cooperation (OIC) since 2005, with an ambitious reform agenda and the goal of strengthening the OIC's international standing.

Earlier this month, the Shanghai Cooperation Organization (SCO) decided to accept Turkey as a "dialogue partner", boosting Ankara's efforts to become an influential player in the global arena.

According to international relations professor Hüseyin Bagci, Turkey's efforts are not an alternative to its EU membership bid, on the contrary, they make Turkey an even more attractive partner for the EU. Bagci describes Turkey as a "middle power", a country which cannot determine or regulate political developments alone, but has valuable "soft power" assets to make a systematic impact together with other countries or through international institutions.

"Turkey's efforts to gain more influence in the global arena are closely related with its economic development, its growing prosperity, its political stability and its bid for EU membership," Professor Bagci told DW, disagreeing with comments that Turkey's conservative-religious AKP government has "Neo-Ottoman" or hidden Islamist ambitions behind its foreign policy strategy. 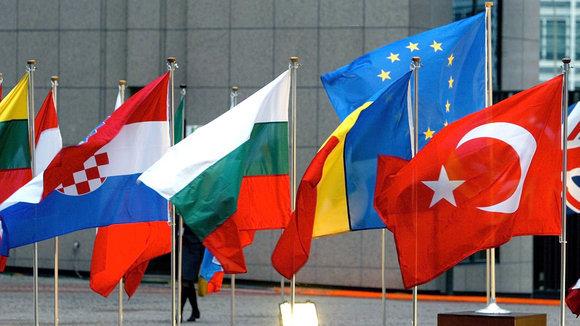 "Turkey is acting together with the Western world." - According to international relations professor Hüseyin Bagci, Turkey's efforts are not an alternative to its EU membership bid, on the contrary, they make Turkey an even more attractive partner for the EU

​​"Turkey is a member of almost all political, economic and security institutions of the West. Turkey is acting together with the Western world," Bagci went on to say. "With its economic power and strong military, Turkey is an influential regional power. But it is not an order-building actor alone. With the G20 becoming more influential in world politics, Turkey is also taking more responsibility in restructuring and redesigning the new world order."

Today, Turkey is the 17th-largest economy in the world and the IMF predicts that it may become the 15th-largest by 2013. Seeking a stronger role within the G20, the Turkish government will chair the group in 2015.

Turkish Deputy Prime Minister Ali Babacan said earlier this month that he is optimistic that the country will achieve the goal of becoming one of the world's top 10 economies by 2023, the centenary of the founding of the Turkish Republic. Turkey also aims to achieve full EU membership by the year 2023.

Despite such ambitious goals, Turkey's ability to become an influential global actor has been constrained by recent domestic and diplomatic challenges.

Turkey had long been highlighted as a democratization model for the Middle East and Africa, but recent domestic developments, such as the power struggle between the secularists and the conservative-religious AK Party government, the authoritarian, anti-democratic tendencies of the government and the unresolved Kurdish question, raise concerns for the democratic standards within the country.

Turkey's Kurdish conflict has escalated in recent months, with the PKK terrorist organization stepping up its attacks. Since 2009, a series of police operations against the PKK's urban arm Union of Communities in Kurdistan (KCK), has led to the arrest of thousands of Kurds, among them several leading politicians.

"When we look at the current situation, with dozens of journalists in prison, various politically motivated legal cases, growing pressure on the press, this 'Turkey model' loses its meaning, especially in the eyes of intellectuals and many countries in the Middle East," foreign policy analyst of the liberal Milliyet daily, Semih Idiz, told DW.

"But on the other hand, in terms of its success in economic development, the Turkish model is likely to continue as a strong source of attraction in the eyes of the people of the Middle East," Idiz said.

According to the critics, one of Turkey's most valuable foreign policy assets has been its soft power and its positive influence on the countries in the region through fine-tuned diplomacy, but as a result of the AK Party government's recent policies, this has been fatally damaged. 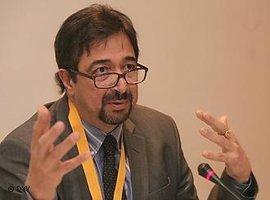 Foreign policy analyst Semih Idiz: "When we look at the current situation, with dozens of journalists in prison, various politically motivated legal cases, growing pressure on the press, this 'Turkey model' loses its meaning"

​​For years, Turkey took a neutral position on the problems between the countries in the region, and focused on mediation efforts. It carried out effective diplomacy to try and solve the nuclear crisis with Iran, mediated between Israel and Syria, and for years tried to encourage the Assad regime to embark on further reforms. But after the bloody crackdown in Syria, the Turkish government adopted a hard-line policy against the Assad regime and provided active support to the opposition groups.

"In fact a shift in the foreign policy started with the Davos summit in 2009, when the Turkish Prime Minister walked off the stage after an angry exchange with the Israeli president, Shimon Peres," Semih Idiz, said. "First, Turkey's relations with Israel have been damaged and Turkey has lost its leverage with Israel. And very recently, in the Syria crisis, Turkey cut its ties with Assad and provided active support for the opposition," he said. "By taking sides in those serious conflicts in the region, Turkey has lost its former role."

Critics of the AKP are concerned that two rival Sunni-Shi'ite sectarian blocks are emerging in the region. On the one hand, there is the axis of Iran, Iraq's Maliki-led government, Syria's Assad regime and Hezbollah in Lebanon. On the other, there is Turkey, Saudi Arabia and the Gulf states.

According to Semih Idiz, Turkey will continue to be an important heavyweight in the region, but by taking clear sides, it faces major tests. "Turkey's soft power profile will not be the same as before," he said. "Turkey will not be like the Norway of the region, bringing parties of the conflict together, effectively contributing to peace processes," he added. "Turkey's influence in the region will continue, it may even grow further. But in quite different ways," Idiz said.

A Tunisian farmer attaches a machine to a cow's udder and sets the pump whirring, but he only expects to fetch less than half the normal amount of milk amid soaring fodder prices END_OF_DOCUMENT_TOKEN_TO_BE_REPLACED

Food prices doubled, salaries halved, banks restricting withdrawals: Egyptians now have the same problems as the Lebanese. But if things get worse here, the fallout will be far ... END_OF_DOCUMENT_TOKEN_TO_BE_REPLACED

Any reconciliation between Turkey and Syria’s Assad regime would have disastrous consequences for many Syrians, explains Syria expert Kristin Helberg END_OF_DOCUMENT_TOKEN_TO_BE_REPLACED

Iraq bears the scars of decades of conflict and has seen its antiquities plundered, yet the House of Manuscripts' collection has managed to survive END_OF_DOCUMENT_TOKEN_TO_BE_REPLACED

Chinese President Xi Jinping's visit to Saudi Arabia in December 2022 may have rattled Washington, but it simply highlighted the Arabs’ desire to diversify their foreign relations ... END_OF_DOCUMENT_TOKEN_TO_BE_REPLACED

There are signs of an imminent normalisation of relations between Turkey and Syria. This would allow Erdogan to score political points domestically before the upcoming elections ... END_OF_DOCUMENT_TOKEN_TO_BE_REPLACED
Author:
Ayhan Simsek
Date:
Mail:
Send via mail

END_OF_DOCUMENT_TOKEN_TO_BE_REPLACED
Social media
and networks
Subscribe to our
newsletter