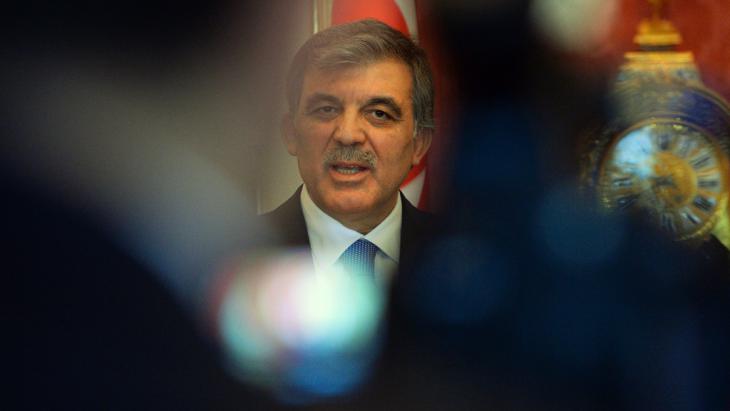 With Turkey facing its second general election this year on 1 November, is Abdullah Gul, the country′s former president, going to provide Turkish politics with the counterweight to Recep Tayyip Erdogan it so urgently needs? A commentary by Nina L. Khruscheva

Many historians and economists insist that we live in an age shaped by vast and impersonal forces. The actions and decisions of one man or woman, no matter how powerful, cannot determine the destiny of nations. This may be true much or most of the time. But there are moments when an individual leader′s choices can change the course of history. That has certainly been true in Russia, and it may soon turn out to be true in Turkey as well.

In Russia, the very existence of the regime constructed by President Vladimir Putin can be traced to a single decision taken by a single man, Boris Yeltsin, for purely personal reasons. As Yeltsin prepared to stand down as Russia′s first democratically elected president, he sought a successor who would protect his personal safety and wealth, and that of his family, in his dotage. Putin, the gray ex-KGB man, seemed much better equipped to fill that role than more democratically inclined figures like, say, Sergei Stepashin, another of Yeltsin′s prime ministers, who had showed little enthusiasm for the First Chechen War in 1994.

Yeltsin′s choice may have fitted his personal agenda, but it consigned Russia to a return to authoritarianism. In a sense, then, Yeltsin was responsible both for opening Russia to a democratic future and for closing that chapter in the country’s history.

Turkey′s future, too, is now seemingly in the hands of one man: the former president, Abdullah Gul. With Turkish voters headed to the polls on 1 November for the country′s second general election this year, Gul must decide whether to stand behind President Recep Tayyip Erdogan. His choice may determine whether Turkey remains on a democratic path or veers toward a future shaped by Erdogan′s own brand of Putinism. 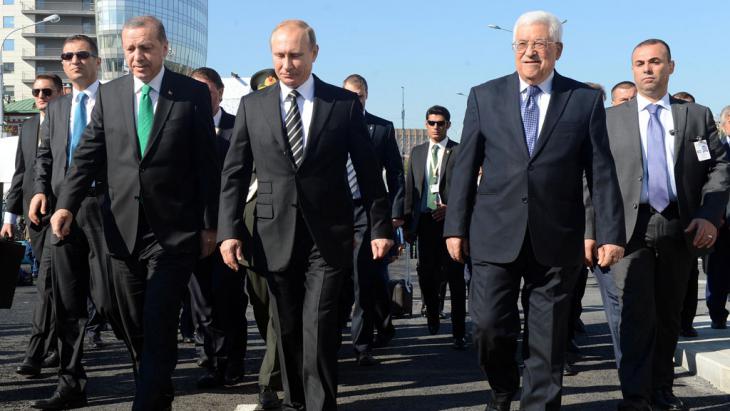 Putin's noviate: in an attempt to propel his party to victory, Erdogan is using nationalist appeals, and even the suggestion of actual war against a national minority, the Kurds

Gul has been placed in this critical position because, in the last election, held in June, Erdogan′s ruling Justice and Development Party (AKP) failed to win a governing majority, much less the constitutional majority that would enable Erdogan to transform Turkey’s parliamentary system into a presidential one.

After the election, the AKP went through the motions of seeking to forge a coalition that could form a government – an effort that many speculate Erdogan sabotaged, so that he could call new elections. Now that new elections have been called, Erdogan is using nationalist appeals, and even the suggestion of actual war against a national minority, the Kurds, to propel his party to victory. This rhetoric is reminiscent of Putin′s bellicose stance during the Second Chechen War in 1999, which boosted his popularity considerably, helping to make him a viable contender to succeed Yeltsin.

Erdogan once claimed that democracy is ″like a train″, in that ″when you reach your destination, you get off″ – a simile with which Putin would undoubtedly agree. For both leaders, democratic systems are little more than blunt tools that can be used to advance one’s personal ambitions, and then discarded at will.

But there is one big difference between Putin and Erdogan. Once Yeltsin was out of the way, Putin was dependent on no other figure; he was master of the Kremlin, the ultimate arbiter of disputes among the rival figures and clans of the post-Soviet Russian elite. Erdogan, by contrast, had a partner in forming the AKP: Gul. And Gul, unlike Yeltsin, has retained a powerful and loyal political following since leaving office. 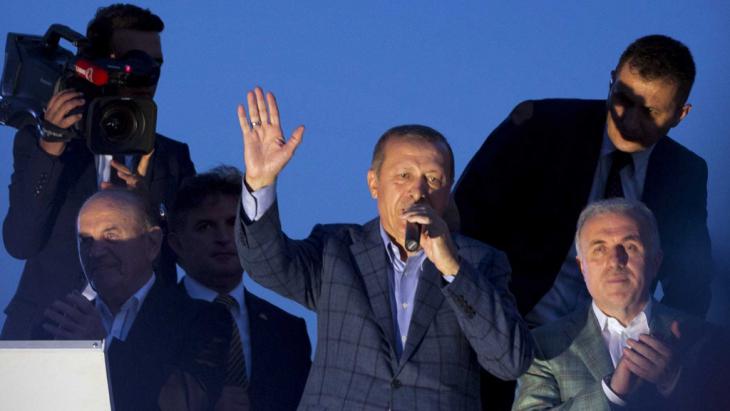 "Erdogan once claimed that democracy is ″like a train″, in that ″when you reach your destination, you get off″ – a simile with which Putin would undoubtedly agree", writes Khruscheva. "For both leaders, democratic systems are little more than blunt tools that can be used to advance one’s personal ambitions, and then discarded at will"

When the AKP – which advocated a moderate form of Islamist politics that challenged the secularism that had prevailed since modern Turkey′s founding – won its first election in 2002, it was Gul who served as prime minister, because Erdogan was banned from holding political office at the time. The economic reforms and other liberalising measures undertaken under Gul′s leadership led many people to believe that the AKP was creating a form of Islamist politics akin to that of European Christian Democracy.

But when Erdogan took over as prime minister in 2003, Gul was effectively shunted into the shadows (Turkey′s presidency at the time was a largely ceremonial office). And as Erdogan, like Putin, concentrated power in his own hands, Gul′s social and economic achievements began to be dismantled. No one speaks of the AKP anymore as a model for Muslim democrats to follow. And, indeed, many senior AKP members who helped Gul′s government to succeed have left – or been driven from – the party.

In his book Profiles in Courage, John F. Kennedy wrote that, in politics, there comes a moment when ″a man must do what he must – in spite of personal consequences, in spite of obstacles and dangers, and pressures. ″ For Gul, that moment is now.

Gul can remain silent and watch his former friend and political partner follow in Putin′s authoritarian footsteps, making a mockery of his own efforts to show the world that Islam can coexist with democracy, modernity, and tolerance. Or he can speak out against Erdogan′s plans, thereby helping to preserve his life′s work and, even more importantly, his country′s democratic system. Such a profile in courage is precisely what Turkey needs today.

Nina L. Khrushcheva is a dean at The New School in New York, and a senior fellow at the World Policy Institute, where she directs the Russia Project. She previously taught at Columbia University's School of International and Public Affairs, and is the author of ″Imagining Nabokov: Russia Between Art and Politics″ and ″The Lost Khrushchev: A Journey into the Gulag of the Russian Mind″.

In the age of corona, Ankara's regional power strategy is twofold: on the one hand, Turkey is engaged in a charm offensive to revamp its political image, which has suffered lately ... END_OF_DOCUMENT_TOKEN_TO_BE_REPLACED

From Syrian war crimes to U.S. hypocrisy in the Julian Assange case, the global "erosion of human rights standards" is of critical concern, UN Special Rapporteur on Torture Nils ... END_OF_DOCUMENT_TOKEN_TO_BE_REPLACED

Having forfeited any real influence in Libya, Europe needs to look to the judicial use of sanctions. Curbing Russian influence and drawing support away from Haftar is essential if ... END_OF_DOCUMENT_TOKEN_TO_BE_REPLACED

The United States has identified over a dozen Russia warplanes in Libya, marking Moscow's first direct venture into the North African country. Experts say it is part of a larger ... END_OF_DOCUMENT_TOKEN_TO_BE_REPLACED

END_OF_DOCUMENT_TOKEN_TO_BE_REPLACED
Social media
and networks
Subscribe to our
newsletter